The second time is the charm for the Ford Bronco R prototype. Last year, the Bronco R was unable to complete the Baja 1000 due to mechanical failures. But this year, Ford’s second attempt at conquering the 1,000-mile off-road endurance race is a successful one.

“When Bronco returned we said it would follow in the legacy of the first-generation Broncos that forever changed the off-road landscape – and today’s finish demonstrates we’re continuing the ‘Built Wild’ pedigree of Bronco,” said Mark Rushbrook, global director, Ford Performance motorsports. 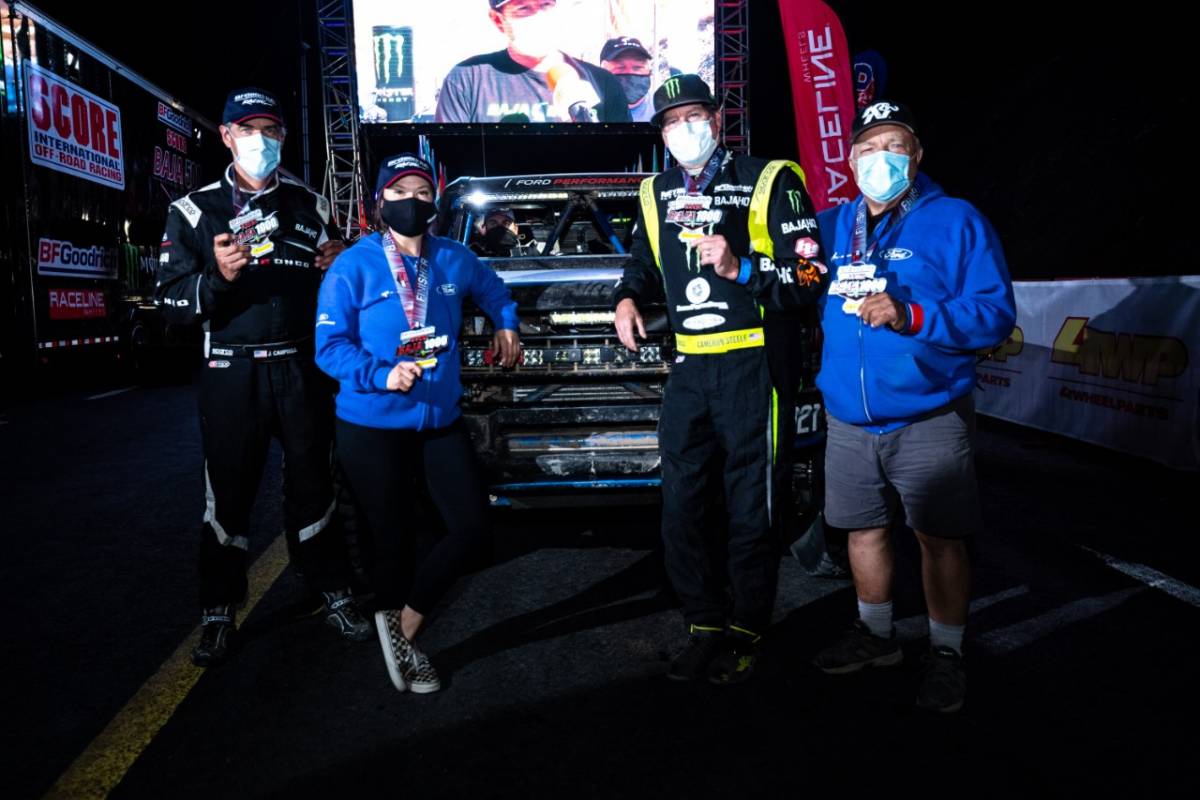 Driven by a team of seasoned off-roaders led by Cameron Steele, Shelby Hall, Johnny Campbell, Curt LeDuc, and Jason Scherer, the Ford Bronco R prototype crossed the finish line in just over 32 hours. And unlike last year, the Bronco R was accompanied by a pair of drool-worthy support vehicles in its quest for off-road supremacy: The F-150 Raptor and a 2021 F-Series Super Duty Tremor truck. 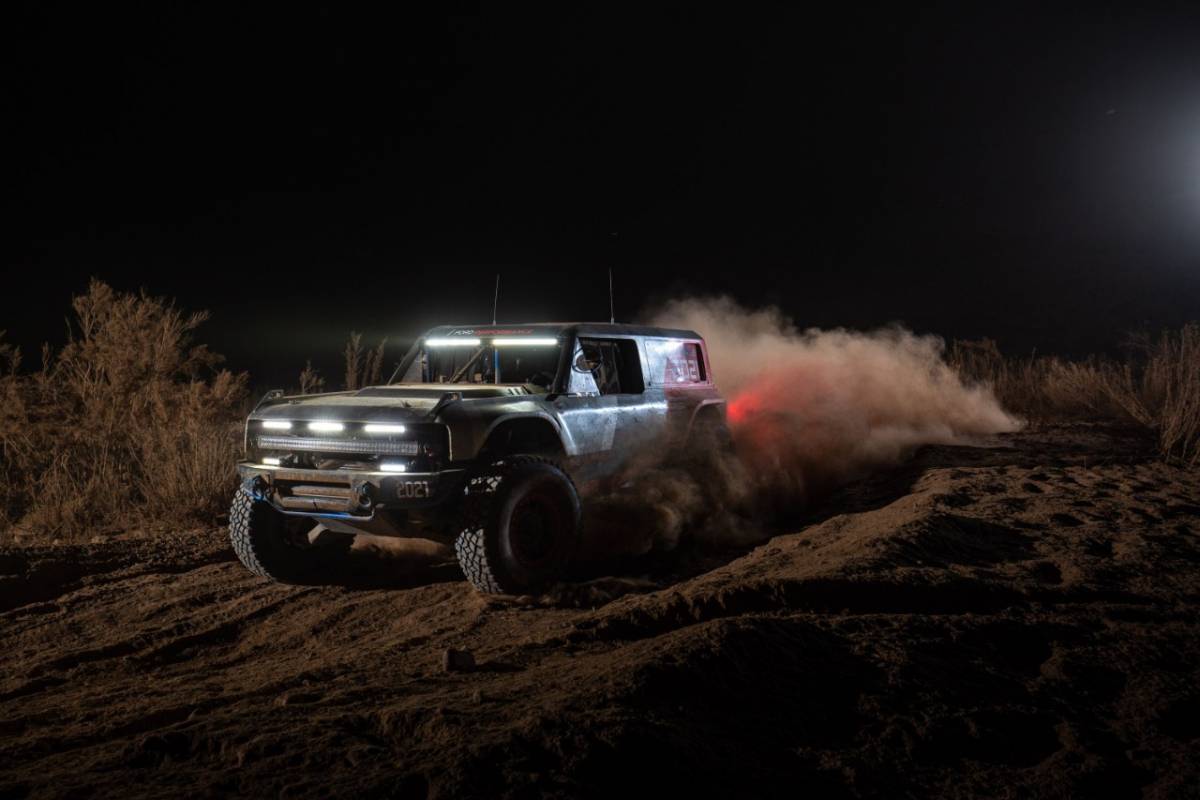 Ford’s racing history is brimming with stories of triumphant comebacks. After dealing with instability issues, engine failures, and plain ol’ bad luck in its attempt to unseat Ferrari’s dominance at Le Mans, the Ford GT40 came back with a vengeance. Ford broke Ferrari’s impressive five-year winning streak at the 24 Hours of Le Mans in 1966. From that point forward, the GT40 won the endurance race consecutively for the next three years until 1969. 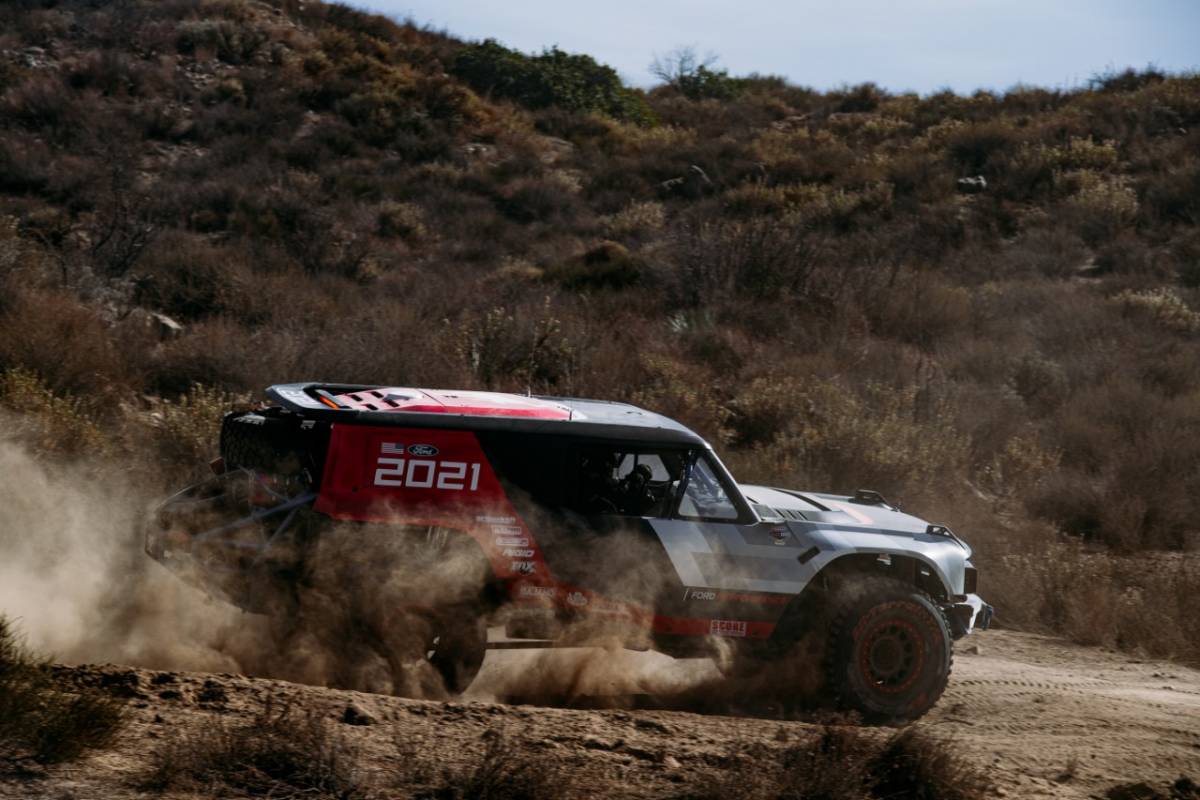 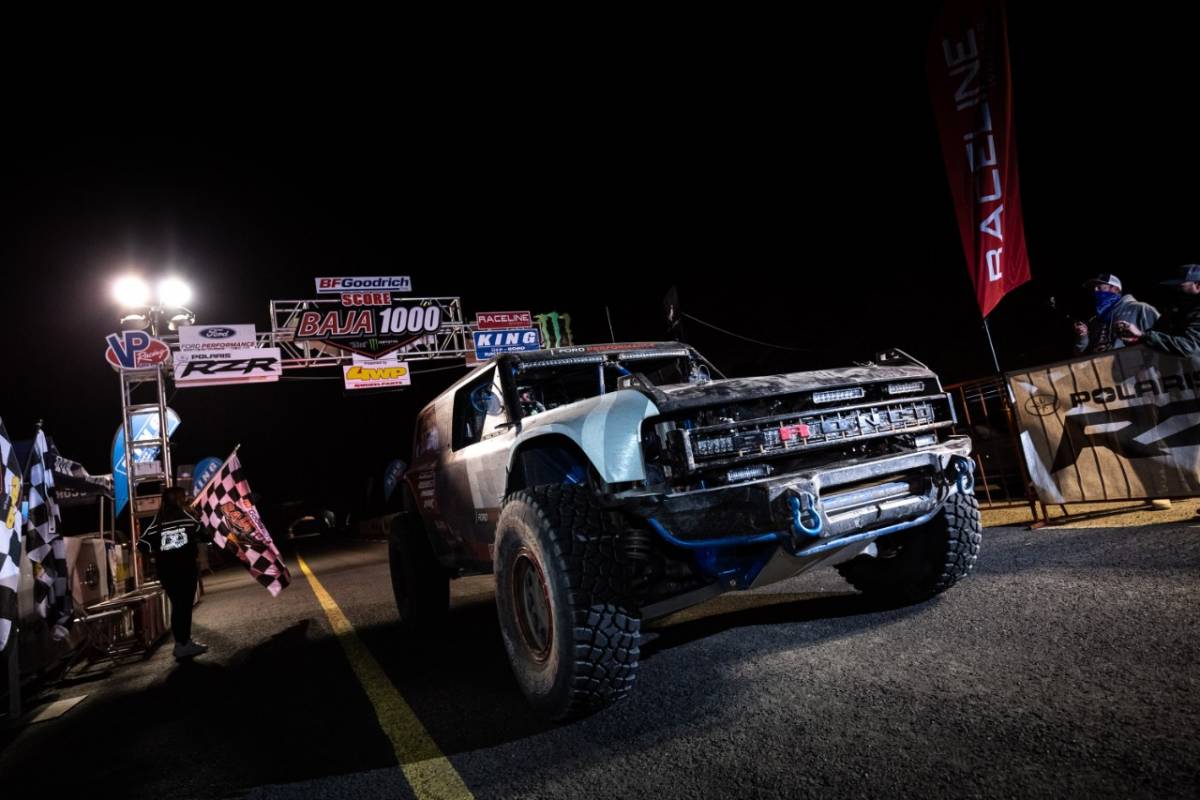 Ford’s Baja-conquering Bronco R prototype is built atop the T6 chassis of a production-spec Bronco. It also has the same 2.7-liter EcoBoost engine and 10-speed automatic gearbox as the production variant. More than a quest for glory, Ford is using this year’s race as a chance to optimize the ‘Baja Mode’ for its new Terrain Management System – a feature of which customers can enjoy once the all-new Ford Bronco arrives at dealerships in spring of 2021.