Ford has announced that the Bronco R race prototype will be returning to attempt the 2020 SCORE International Baja 1000. Before the new Ford Bronco was officially unveiled, the Bronco R race prototype gave us our first glimpse at what the all-new Bronco might look like. It attempted Baja last year but suffered significant breakage during the event.

Behind the wheel of the Bronco R-rated prototype for 2020 will be Cameron Steele, Shelby Hall, and a team of veteran Baja off-road racers. Ford will also field an all-new 2021 Bronco Outer Banks two-door production support vehicle at the event. Cameron Steel has won Baja before, and Shelby Hall has run Baja multiple times. Backing those two-lead drivers will be other drivers rotating shifts for the 53rd running of the race that began yesterday and will end late today.

Among the other drivers of the vehicle are Johnny Campbell, Curt LeDuc, and Jason Scherer. The race is a platform for the Bronco Built Wild Extreme Testing regime. Both the race and production Bronco two and four-door SUVs running Baja are powered by completely stock 2.7-liter EcoBoost V6 engines and 10-speed SelectShift automatic transmissions.

Ford is the official SUV and truck of SCORE-International Off-Road Racing and provides the 2021 F-Series Super Duty Tremor and F-150 Raptor as support vehicles for the Bronco R race team. In the past, the Raptor pickup was tested at Baja. The Bronco R race prototype is designed and built by Ford Performance and Geiser Brothers using a race version of the Bronco High-Performance Off-Road Stability Suspension system with a redesigned independent front suspension and a five-link race-prep rear set up. 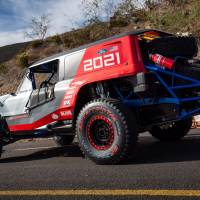 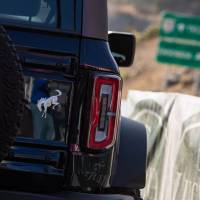 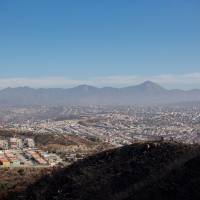 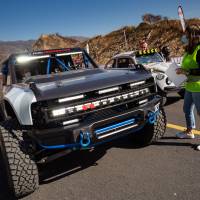 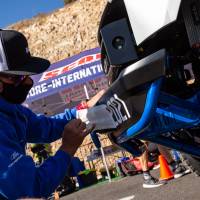 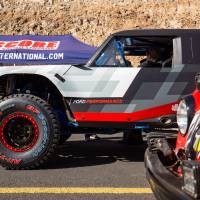 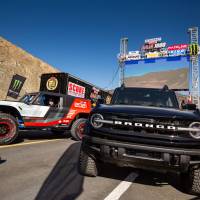 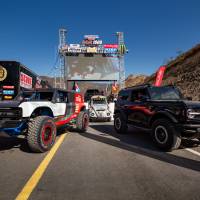 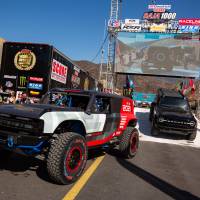 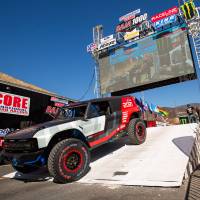 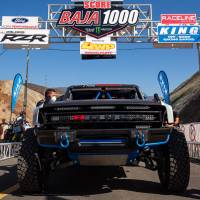 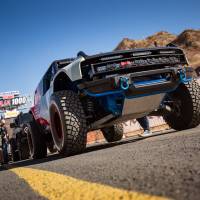 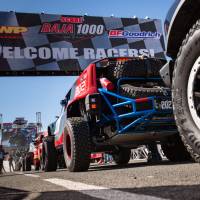 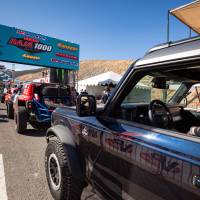 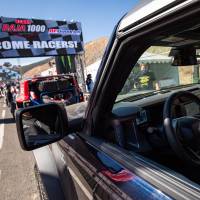 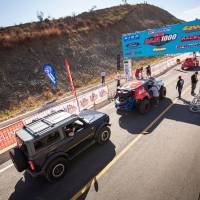 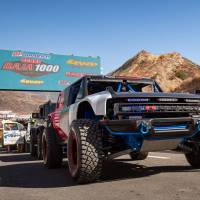 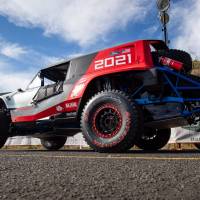 Bronco R uses longer travel Fox racing shocks with bypass dampers front and rear, and Fox pneumatic bump stops on all four corners. The two-door Outer Banks Bronco acting as a support vehicle, features the Sasquatch Package with improved suspension and 35-inch tires. It does have tuned suspension for the extreme off-road race.