Today we’re looking at the Valve Steam Deck, a gaming machine with built-in game controls that runs SteamOS. This device’s industrial design owes to several machines that’ve found some measure of success in the past – the Sega Game Gear, Razer Project Fiona, and the most obviously similar recent powerhouse of a device like this: Nintendo Switch. But might this be a device that’s too idyllic to make it to gamer hands in the real world?

5. Could this be the one that sticks?

If you take a peek at Razer’s Project Fiona, you’ll find a gaming tablet with controllers at its sides. That machine ran a Steam-style game manager on top of Windows – and never really caught on with the gaming masses. That might’ve been released a bit earlier than it should have, back in the year 2012. Something about that combination of software and hardware didn’t quite capture the public’s imagination – or didn’t do so well enough to make it viable enough for more than one attempt.

The Steam Deck concept – complete with remote game streaming – could also be compared in part to an earlier machine-and-software combo in the NVIDIA SHIELD handheld gaming system. We were remotely streaming AAA games with this device back in 2014. That device could – and still DOES – have the ability to stream games from a user’s Steam account.

Something about the idea that one would have a smart game streaming device with built-in controllers did not work for more than a single generation with major gaming companies NVIDIA and Razer. What makes the Steam Deck different in 2021?

4. Were Steam Machines just a dream?

It was October of 2013 when Valve started talking about Steam Machines. Those were computers/consoles that’d run SteamOS. They went so far as to reveal and release a few – from top-tier PC manufacturers. Over the next half-decade, we remained hopeful that the Steam Machine would… somehow… keep on trucking. But by April of 2018, it was entirely clear that Steam Machines weren’t going to be what Valve envisioned. 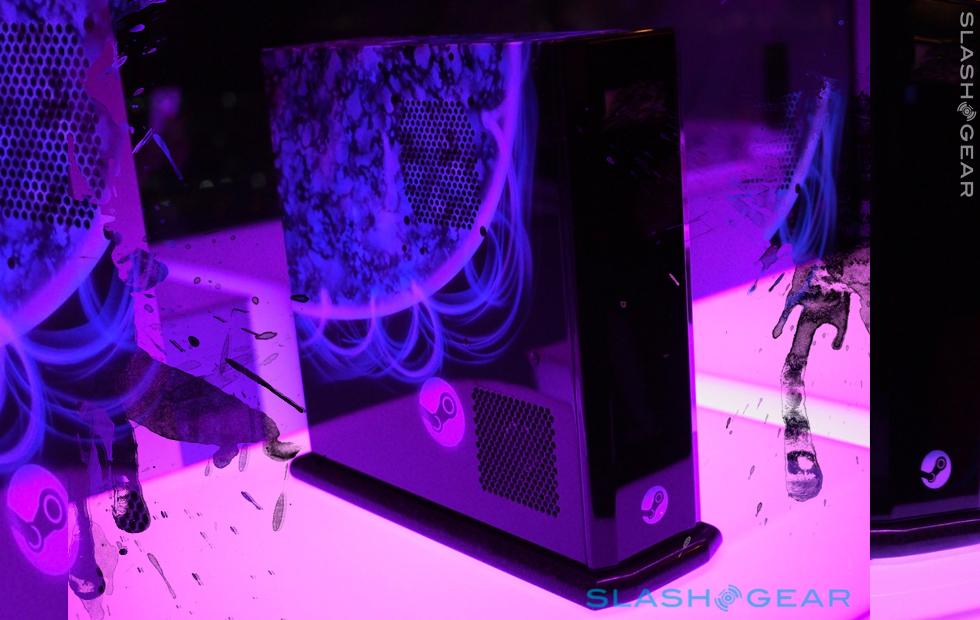 Why should a device sold by Valve, running SteamOS here in late 2021 and early 2022 be any different from the Steam Machines we never really saw take hold over the past near-decade? Will the built-in display make a difference? Will it make a difference that Valve itself is overseeing manufacturing and effectively promising quality software?

3. Can this device really run whatever?

It’s difficult to imagine a new device released running a software that’s different from the operating systems we use all the time, every single day of the year. Especially when the software requires that its maker keep a keen eye on development, it requires faith in the creator of said software that the user would invest in the device. 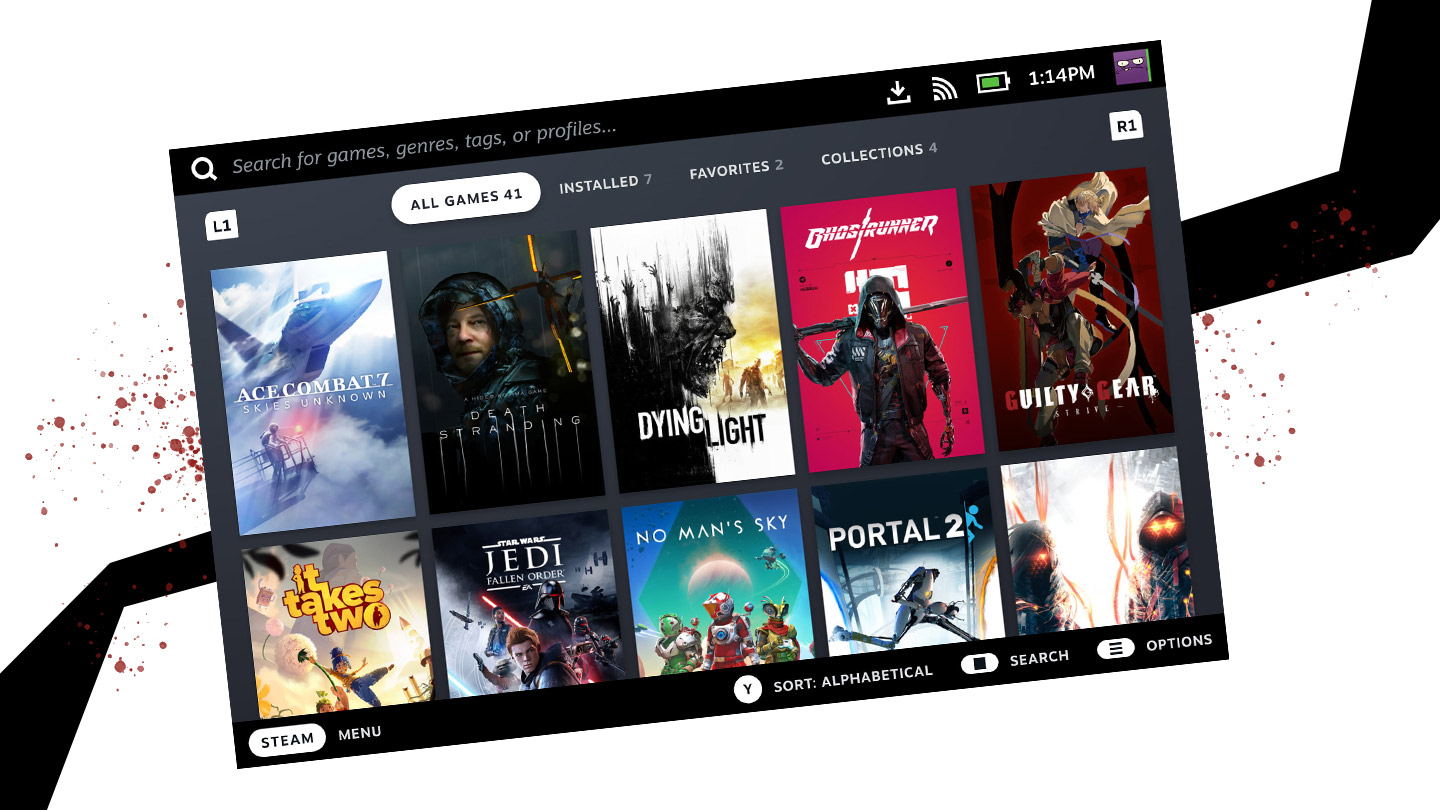 On the other hand, this device isn’t particularly locked down. As noted by official SteamWorks documentation, “Steam Deck is a PC, and players will be able to install whatever they like, including other OSes.” As such, you could potentially install whatever other game or app stores you like – it’s your device, you can do what you want with it. Will this sort off allowance of freedom in a piece of hardware like this change the way competing gaming devices are expected to do business?

2. Will developers use all of these buttons?

Early Steam Deck developer kits look a whole lot like the imagery that appears on the main Steam Deck webpage. This indicates – but does not guarantee – that this device will be what the machine looks like when it’s ready for public use. UPDATE: Valve has confirmed that “functionally”, the Steam Deck Developer Kit EV2 (engineering verification test build) will be “identical to the Steam Decks that will be shipping to customers later this year.”

The Steam Deck has several hardware controls on it, and, thanks to extensive work with controller integration, it’ll have the ability to work with 3rd-party controllers, too. The controllers on the sides of the Steam Deck are not removable, but the entire device is able to dock and output video signals, as it is effectively a tiny gaming PC. There’ll eventually be an “official dock” with what Valve’s indicated will include ports like USB-C, HDMI, DisplayPort, ethernet, and full-sized USB. 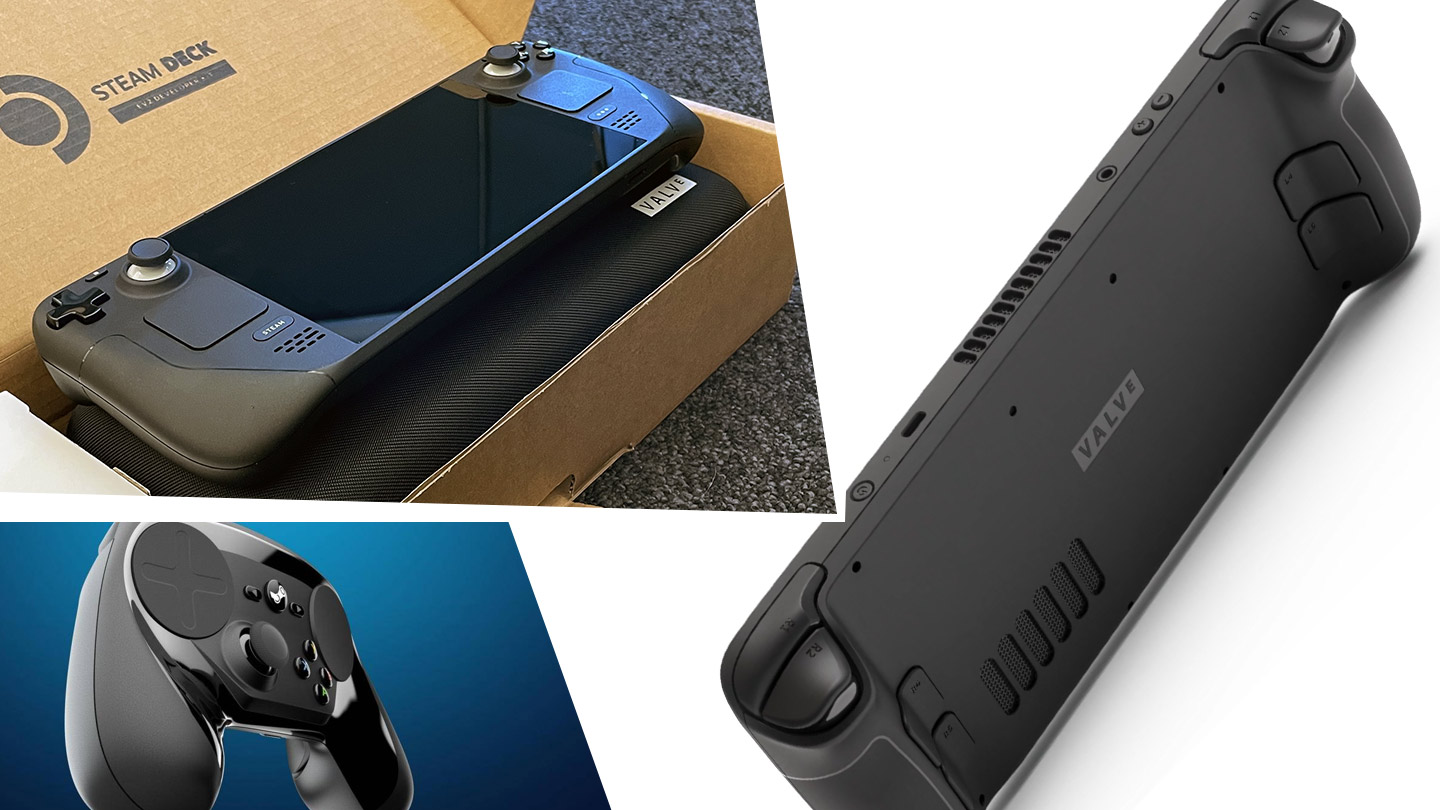 Controls on the Steam Deck include a 7-inch touchscreen, trackpads (effectively Steam Controller touchpads), gyroscope (detecting position of the machine as you move in real space), as well as joysticks, directional pad, XYAB buttons, triggers, and grip buttons. Grip buttons appear under the rim, on the back for the fingers that grip the sides of the machine. Will games actually make use of all the controls, or will some remain un-used while others are used non-stop?

1. Could the price be right?

Steam Deck’s most basic iteration has a listed price of $399 USD. That includes 64GB eMMC internal storage and a hardware carrying case. Each of the first wave of Steam Deck have the same processor, a custom AMD APU with AMD Zen 2 + RDNA 2 GPU with 16GB LPDDR5 RAM. All models include a microSD card slot for storage expansion.

The middle-tier version of Valve’s Steam Deck has 256 GB NVMe SSD (PCIe Gen 3 x4) storage (that’s faster than the eMMC in the most basic model). This version also has the basic carrying case, and adds an “Exclusive Steam Community profile bundle”. The middle-tier model will cost users around $529 USD.

The most extravagant version has a price of $649 USD, and includes 512GB “high-speed NVMe SSD” (PCIe Gen 3 x4). This is the fastest storage of the three. This version of the Steam Deck has an “Exclusive Steam Community profile” as well, and an Exclusive virtual keyboard theme, and an Exclusive carrying case. The most expensive version here has special “Premium anti-glare etched glass” over its display, too – so you’re getting that one hardware upgrade in addition to the faster (and larger amount of) storage.

Valve’s Steam Deck has a release date of December, 2021. That’s their “starts shipping” date, anyway. They’ve indicated that reservations open on July 16, 2021, at 10AM PDT. If this machine is everything Valve professes it will be, the least expensive version of the Steam Deck seems like a winning proposition. Avoiding the whole “different versions of the machine have different capabilities” mess that is Nintendo’s Switch Lite – and the like – seems like a positive move, too.

Learn more at https://t.co/ZOTx3KUCVK and reserve yours tomorrow. #SteamDeck pic.twitter.com/jcgbaKfT9c

SIDENOTE: Should the display be better?

The touchscreen display panel on this machine is a 7-inch 1280 x 800px “optically bonded LCD for enhanced readability” with 60Hz refresh rate. That’s clearly aimed at gamers looking to make the most of the platform to win games, rather than people that tend to buy whatever smartphone is available with the most extravagant display panel. This device isn’t running with the 120Hz refresh rate we’ve seen on some recent smartphones and tablets, and it’s not going to be as bright or sharp as a display on a high-end Samsung slate, or an iPad Pro. But those devices aren’t really competing with the Steam Deck, are they?