Mobile World Congress – like many trade shows – is usually punctuated by high-end devices competing for deep Western pockets, but it’s devices and services for developing markets that have distinguished the big announcements in 2012. We’ve seen our fair share of uberphones, certainly. HTC had a trio of relatively high-end handsets, topping out with the quadcore HTC One X, and Panasonic’s ELUGA range is definitely targeting more affluent, style-influenced consumers. Yet for every one HTC One Series device sold, several more handsets phones to perhaps first-time smartphone buyers are likely to pass through the cash register, and it’s this market that manufacturers have targeted at MWC 2012.

Nokia had announced its unforeseen struggles with developing markets back in January, admitting that Symbian shrinkage was taking place at a faster than predicted rate. New smartphone buyers, it seemed, preferred budget Android phones than the menu of S40 and Nokia Belle handsets the Finns had to offer, and Nokia warned that the Symbian long-tail could be significantly curtailed.

The new Asha series may not set North American or European tongues wagging, but they’re still vital to Nokia’s line-up in financial terms. The company is targeting “the next billion” after all, and a billion sub-€100 Asha handsets still adds up.

That’s not to say Western carriers aren’t keen to get their hands on them. UK operators still have a soft spot for Nokia’s entry-level featurephones and dumbphones; one exec speaking to SlashGear recently pointed to the perennial success of affordable prepaid handsets like the Nokia C3, popular both among those looking for a straightforward talk-and-text device, and because of the relatively broad range of color options it’s available with. 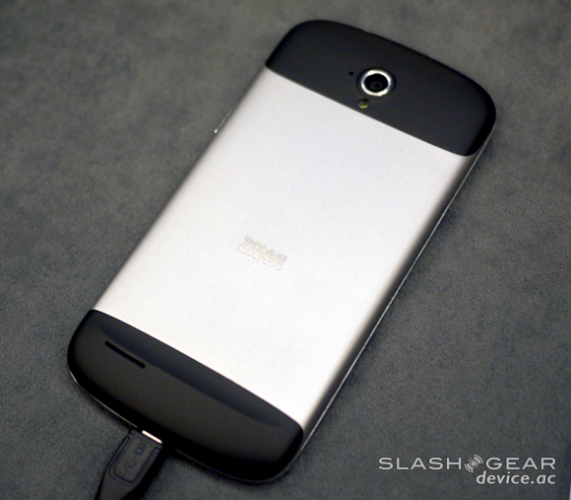 Lowering the entry-point of existing smartphone platforms has also been a trend, with ZTE and Huawei delivering low-cost Android and Windows Phone devices. Both companies have ambitious plans for scale in 2012 and beyond, and while they’re not adverse to headline grabbing devices, it’s economy of scale that they’re relying on to earn them a place in the top five manufacturers rankings. Nokia too had a sub-€200 Windows Phone in the shape of the Lumia 610, notable for being the first fruits of Microsoft’s loosened grip on minimum specifications for its OS. Our hands-on play with the 610 also demonstrated that it’s equally noticeable for the quality of its user-experience, even with those truncated specs.

What’s distinctive across all the manufacturers is the advances in so-called smartphone technology, into devices more typically expected to be featurephones or less. The increasing prevalence of persistent data connections makes cloud services like the Nokia Life suite of social networking apps and tools for S30 and S40 devices more feasible, reducing the dependence on potent local hardware by offsetting the effort to remote servers. Meanwhile, we’re seeing advanced features such as enterprise-level messaging trickle down to what previously might have solely been simple call and SMS platforms.

There’s arguable a place for such devices on Western store shelves just as much as in developing markets. Operators are hunting for ways to increase average revenue per user, and driving up data revenues is one such way of doing it. Smart-device users are known for consuming more data, if only for uploading images to social networks like Facebook, and if semi-simplistic (and affordable) handsets encourage those wary of actual smartphones to do just that, it’s a winning situation for carriers.

The mobile news industry moves at breakneck pace: every day a new product – or the rumor of one – to push the boundaries in technology and capabilities. In contrast, the phone retail market moves at a glacial pace, contract users locked, for the most part, into 24-month agreements. With that in mind, it’s perhaps little surprise that Nokia, ZTE, Huawei and others have looked to translating their experience of smart-device development to markets a few steps more naive than the US and Europe. Mobile World Congress had its share of superphones, but it’s the affordable and the boundary-pushing that are big news in 2012.

For all the news from Mobile World Congress 2012, check out our full show hub.