It’s probably safe to say that Amazon’s Fire Phone hasn’t been the runaway success Jeff Bezos & Co. hoped it might be, and so the retailer is taking another attempt to push the shopping-centric handset over Thanksgiving. The Fire Phone is now available unlocked and SIM-free, at $199, rather than only with an AT&T contract as has been the case until now, so that any T-Mobile, AT&T, or other GSM subscriber in the US can simply drop in an existing SIM from their carrier that they might have. However, before you hit the “Add to Cart” button, there are a few more things you might want to consider.

In its favor, that $199 also includes a year’s Prime subscription, Amazon’s combination two-day shipping and streaming music and video package. That would commonly set you back $99 a year, so you could see the Fire Phone as actually being $100 once that’s taken into account.

However, beyond that the positives start to look murky. Certainly, if you’re an Amazon addict then the Fire Phone has some skills you might appreciate: the Firefly product identification system, for instance, which turns the camera into a high-tech barcode scanner, might make building a shopping list more easy, especially if you’re comparing items in a store. 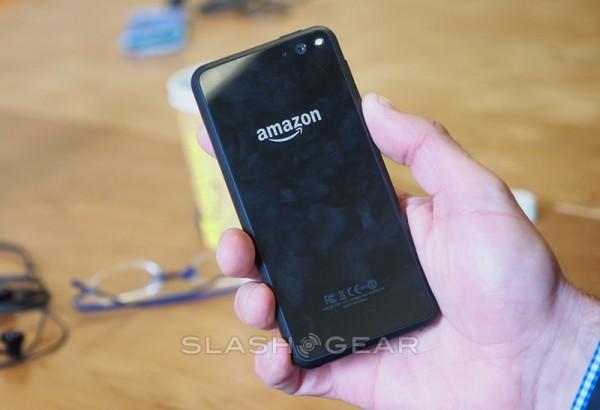 Still, with Amazon’s other media services – like Kindle and Amazon Music – already available for the most part on other platforms like iOS and general Android phones, the Fire Phone is hardly the sole way to access them.

Meanwhile Amazon’s more glitzy features, like the quad-camera face tracking system on the fascia, aren’t actually all that useful in the real world. Under Amazon’s modifications the Fire Phone is a swift device with decent specifications, but because the retailer modifies Android you don’t get full Google Play access, only to what’s available in Amazon’s own Appstore.

There’s more on the Fire Phone in our full review.

It was a bad deal when it was $199 with a two-year AT&T agreement, and even when Amazon dropped it to a dollar on contract we weren’t convinced. Unlocked is certainly more flexible, but it still lacks the innovative approach to service plans we’d expected Amazon to make its forte in the run-up to the device’s launch.

Amazon has said it is committed to the platform, even though execs there admit they screwed up, and though the company is swallowing a $170m write-down on the project it still looks like there’ll be a second generation model at some point.