Amazon: Yes, we screwed up on Fire Phone

Too expensive, glitchy early software, and missed expectations: Amazon got burned with the Fire Phone, and the company’s execs are owning up to that fact – though that doesn’t mean it’s the last smartphone the online retail behemoth will be doing. Amazon took a $170m hit on the little-loved Android phone – which includes face-tracking cameras, and can be used to visually scan products and then hunt for them on its virtual shelves – confirming a huge write-down on unsold stock in its recent financial results. According to its devices chief, not only is Amazon ready to take the blame for the disaster, but it thinks the problem was incredibly simple.

“We didn’t get the price right,” Senior VP of Devices David Limp told Fortune. “I think people come to expect a great value, and we sort of mismatched expectations.”

Ahead of the Fire Phone’s much-rumored launch, speculation had been rife that Amazon would shake up the mobile industry with some sort of innovative pricing scheme. Bundled data with an Amazon Prime subscription was a common suggestion, echoing the free-for-life data plan Amazon had already offered with select Kindle ereader models. 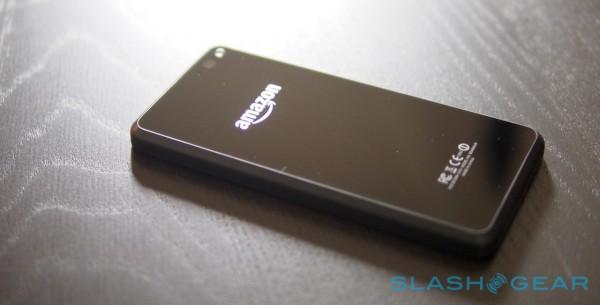 In actual fact, however, Amazon played it safe and stuck to the status quo. An AT&T exclusive, the Fire Phone matched the iPhone and other new Android handsets by starting at $199.99 with a two-year agreement.

For a new platform, with a relatively limited selection of apps, and from a company known primarily for its competitive pricing, it proved to be a turnoff.

“We thought we had it right,” Limp said. “But we’re also willing to say, ‘we missed.’ And so we corrected.”

That correction involved slashing the price by $199, making the phone less than a dollar on-contract. According to Limp, sales improved considerably after that, though the retailer isn’t talking specific numbers.

Firmware updates also addressed some early criticisms about functionality, such as those we mentioned in our own review of the Fire Phone.

While many predicted Amazon would axe the phone project altogether, Limp says that’s not how things will pan out. The software will continue to get refinements, he argues, and beyond that Amazon is looking to the long game, one it already played successfully with the Kindle.