America is an irradiated wasteland. Your environment in Fallout 4 is what Judge Dredd might refer to as the “Cursed Earth” part of North America. In it, your alternate reality is littered with extravagant industrial designs and the white bread attitudes of the 40’s and 50’s dashed into desolation and dreariness. You play the part of yourself in a third- or first-person perspective, tossed into a terrible, terrible place. You will take part in assuring the survival of the human race with a combination of attribute selections, the collecting of helpful materials, murdering mutants, and keeping your chin up!

This game gets dark, fast. It’s a trick, really. After choosing what you’ll look like in a terrifyingly detailed character creator, you’ll learn that you’re either a father or a mother, 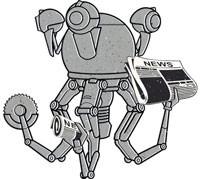 have a baby, and are happily married in a comfortable one-level home. Bethesda tricks the user into believing that they’re in a safe place, at home with a family and a friendly floating helper robot (your own Mr. Handy*), really living an idyllic Pleasantville sort of life.

Then you hear the terrifying news. The apocalypse has begun. It’s time to head to the bunker – aka the Vault. You’ll witness the start of the war from one of its many Ground Zeroes. Then you’ll witness what’s become of the world, over 200 years into the future.

It’s here that you’ll be released on your own. This is where the game really, truly begins.

As you awaken in the future, you’ll find yourself alone (at first) in an environment trapped in arrested development. Nothing new has been manufactured on a large scale for generations. Any sort of active machine will have survived the war due to its nuclear-resistant robustness – or will have been cobbled together from scraps.

Therein lies one piece of your mission: scrounging, forging, and fixing. You’ll be exploring an open world, one in which your luck in finding objects and your ability to survive without a dependable food source are paramount. 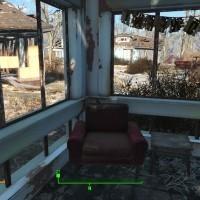 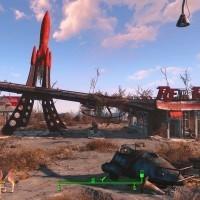 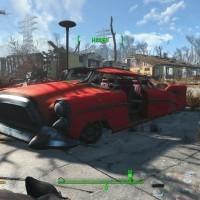 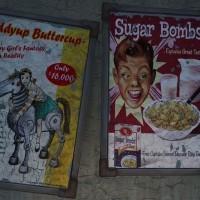 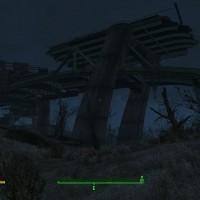 Not long after you start moving beyond the borders of the vault – your vault, Vault 111 – and the tiny suburban area in which you used to live, you find a power suit of Power Armor. Imagine a combination of the original tin-can simplicity of the first Iron Man suit mixed with the computers from ALIEN.

NOTE: All of the gameplay footage provided in this review was captured using an Elgato Game Capture HD60.

It’s huge and rudimentary, and like most other bits in the game, you’ll be able to improve it as you find more and more advanced parts throughout the game.

All of the computers throughout the game run on a text-based interface mixed with a graphics-based interface you’ll control with a series of keyboards, knobs, and switches. There are no touchscreens here. 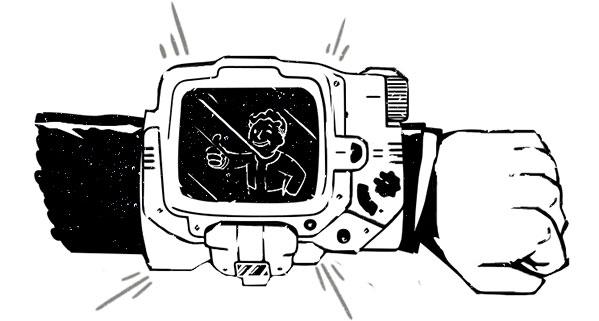 Incidentally the Pip-Boy you’ll be using in the game (a wrist-based computer, like a massive smartwatch), also has a real-world equivalent that DOES use a touchscreen interface – but until the Pip-Boy is fully functional (without the aid of a smartphone in the real world), we’ll be forgiving.

In the game you’ll eventually meet opponents. Humans, radiated monsters, and half-breeds. Combat can be simple, or combat can be complex. You’ll find drugs that temporarily speed up your metabolism to the point at which everything else seems to move in slow motion. You can use your Vault-Tec Assisted Targeting System (V.A.T.S) to assess threats and execute plans of attack before combat begins.

Above you’ll see V.A.T.S. in effect alongside Codsworth with a flamethrower. He may not look all that imposing at first (save that saw on his arm), but his devotion to you and yours are his top priority.

You can choose to engage your enemies head on or sneak around them. You can be a barbarian or you can be a ninja.

Combat is just about as open to your choice of execution as the game’s map and plot are to exploration. In the video below you’ll see some very simple combat. My dog and I are fighting some big fat rats so we’re using a molotov cocktail, then some fists.

In Fallout 4 you’re playing a single player game in which you choose your own destiny. You can walk where you want and engage enemies and allies how you wish, both with weapons and with speech. One of your attributes is “Charisma”, which allows you to persuade NPCs throughout the game to give up information or help you in your varied quests.

Once you dive deeper into the game, you’ll find yourself growing crops, building structures, and generally attempting to re-create civilization.

This game is a fantastic mix of believable characters and the completely absurd. In one moment you’re speaking with one of the Minutemen (we’re still seeking out the voice actor), the next you’re having a chat with *Codsworth, voiced by Stephen Russell. The former holds a massive laser-rifle with an active bolt of electricity running through it, the latter is a floating helper robot with clampers and a saw-hand. Both are of the highest-caliber when it comes to professional voice and believability.

The idea that this game could actually happen – that’s not entirely important. There are enough breaks for comedy that it’s obvious Bethesda didn’t intend for this game to be super serious.

And while there are some graphics breaks in the game – like your dog’s wagging tail ghosting through a wall, for example – everything is well within the “easy to work out bugs” category. A dog’s tail coming through a wall is weird, but not something that’s going to make us stop playing the game.

Bethesda has made certain that this game not only builds upon the successes of its mega-successful predecessors, but stands entirely alone as a brand new game, approachable by Fallout newbies and veterans alike. We’ve had both types of users play the game during our review period, and both have found the game to be above-average engaging and enjoyable to play.

Fallout 4 is not the most top-to-bottom beautiful game we’ve ever played. It’s not meant to be a feature film. Instead, we’ve found that each of the three platforms we’ve played on – Windows PC, Xbox One, and PlayStation 4 – all deliver a solid experience, and a set of visuals that are just as striking as they are approachable, and usable.

And we’ll take usable over this whole “broken on day one” trend we’ve been seeing over the past couple of years from some other major game developers.

Fallout 4 is everything you’d hoped for. Whichever platform your on, whether you purchased the standard version or the extra-expensive version with a Pip-Boy in the box – you’ll be getting your money’s worth. 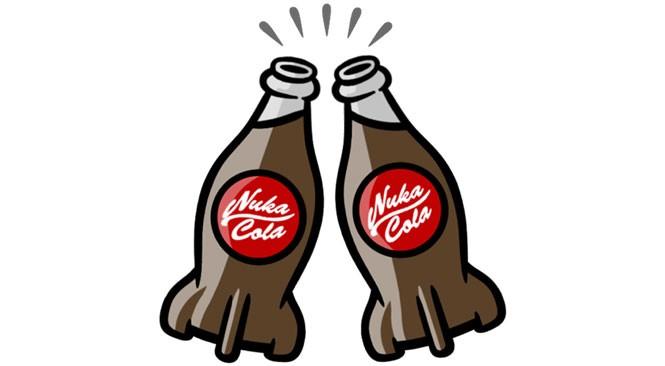