Earlier this month, Elgato released the Game Capture HD60, a device made to record video output from the Xbox One and PlayStation 4. Elgato has the consumer-level game capture market cornered here in 2014 with not just one, but two devices with essentially the same name: Game Capture HD and Game Capture HD60. Today we’re seeing how well the HD60 works while we compare it in a basic way to the original HD.

Both devices will continue to be marketed through the future, the HD sticking with previous-gen devices like PlayStation 3 and Xbox 360, while the HD60 is made for the future. Both devices capture with 1080p, and we’ve come away impressed with both devices in their respective times.

What you’re seeing above is the HD compared to the HD60. The test is not perfect – elements don’t stick to the same patterns in the game, for example – but it should serve to show the minor differences between the devices.

While we’re not entirely sure at the moment why one capture would vary in color from the other, we are inquiring with Elgato on the matter. Stick around as we find the details. 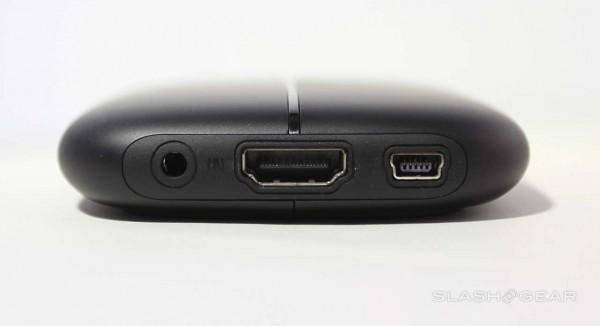 The HD60 is slightly smaller than its predecessor – not by a whole lot, but some – and comes with a matte finish rather than shiny, fingerprint-loving hard plastic. It’s soft now, and looks excellent alongside whatever console you plan on using.

The new software that comes at launch for the HD60 works for the HD as well, allowing you new access to streaming tools for YouTube, Twitch, USTREAM, or whatever host you wish with an RTMP:// option. 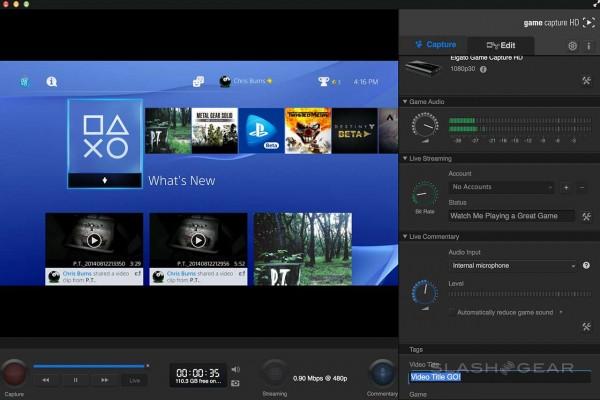 Supposing you’d rather use the microphone and controls for any of these services from your PC rather than from your PS4 or Xbox One, this is really your best option.

It’s easy to use, allows you to expand on capture inside and outside of the game, and works on both Mac and Windows – the whole software suite works on Windows or OS X, in fact.

Powered by the same mini-USB port as its predecessor and coming in at just $179.99 USD, the HD60 has no competition from any other brand – there really is no other device in this price range with these abilities. For now, the HD60 simply has no match.

NOTE: We’ll be using this device through the foreseeable future for our game capture from PlayStation 4 and Xbox One. Any gameplay video you see appear with SlashGear in the near future you can safely assume was captured by the HD60.