Facebook has turned ten, and though the terrible teens are still a few years off, the predators are already circling. The social site celebrated its tenth birthday in a fairly low-key way, giving each user a custom highlights video dubbed “A Look Back” picking out their most popular moments on the site, but the anniversary has been overshadowed by the ongoing trademark spat with app developer FiftyThree over who gets to use the name “Paper”. It’s perhaps a perfect example of how to many Facebook is now perceived: lumbering heavyweight rather than agile upstart.

Until Paper, in fact, Facebook’s mobile strategy had been something of a joke. The company itself had admitted it was surprised by the rush of smartphone users, and unprepared to either cater to them or take advantage of them for revenue.

Founder Mark Zuckerberg was making all the right noises in late 2012, but Facebook’s actual strategy to address that feel flat. The disastrous Facebook Home play only stoked the social site’s reputation as a stumbling follower – not to mention scuppering HTC’s hopes for the social smartphone market in the shape of the HTC First – but Facebook’s passé position hadn’t been helped by me-too apps like Snapchat clone Poke and Instagram mimicking Camera.

If “A Look Back” seemed underwhelming, that’s probably because Google had already done the summary clip thing last year with its far more engaging Year in Review videos. Google+ may be even more maligned than Facebook is right now, but Google’s combination of coercing sign-ups through its other services like YouTube, and teasing with slick new (and invariably free) features, makes it a competitor to be feared for Facebook.

That’s perhaps because Google+ and Facebook, despite both being social sites, are really two very different things. Google+ can afford to try new gimmicks, like how its AutoAwesome system massages photos into GIFs, or changing the layout of its web or app interfaces, because Google knows that people will stick around on one of its properties or another. Even if they move from Google+ proper to YouTube, say, they’re still the same users to Google’s collective eye.

Facebook, meanwhile, needs to be more cautious. It’s an addendum to internet life – albeit, for some, a very important one – rather than a core way the majority of us interact with the web, as has so often become the case for Google search or News. 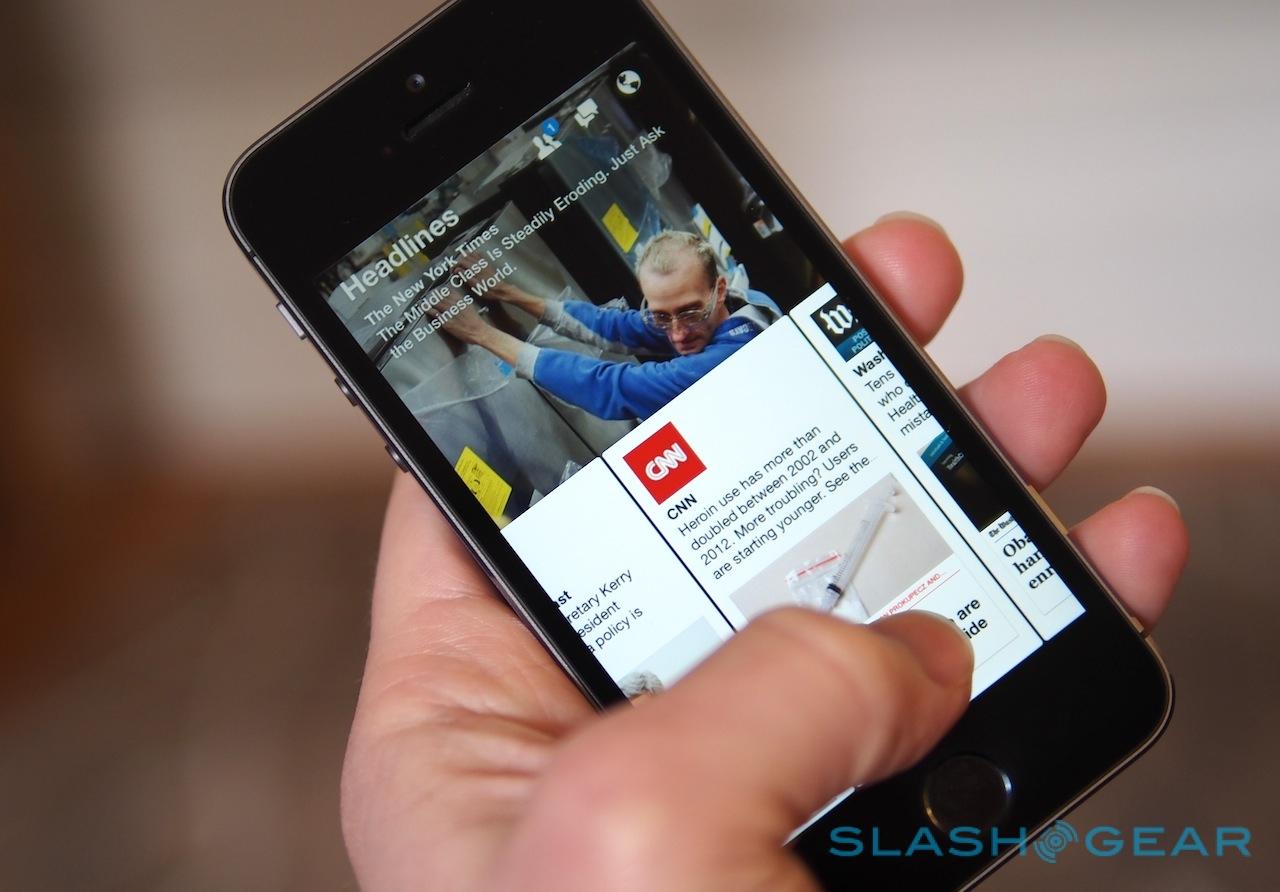 The world is going mobile, however, and Facebook had no option but to follow suit. Paper, its attempt to weave news into social, surprises mainly because of how good it is – in design and functionality – compared to the regular Facebook app.

We can perhaps ignore who actually designed Paper (the company turned to acqui-hire Mike Matas, who joined in 2011 after his firm Push Pop Press was bought, with a little help from Tweetie-developer Loren Brichter) since the end result is all that really matters, not which team within the firm was responsible. More important is how the app integrates Facebook content with the rest of the world, with the two sitting side-by-side rather than Zuckerberg & Co. trying to own the experience in its entirety.

That’s a balancing act which is difficult to achieve if you’re in no small part reliant on visitors to your site to make your advertising dollars. Nonetheless, it’s one Facebook realizes it must strike, and the fact that Paper can so comprehensively replace the existing (far clunkier) iPhone app – down to where Facebook push-notifications open by default – suggests the company realizes it can’t do good design and great experiences half-heartedly.

Lasting ten years is a very long time in internet terms. Lasting another ten will be exponentially harder. Mark Zuckerberg isn’t blind to that challenge; in an open letter celebrating the anniversary, he described the journey so far as effectively little more than bootstrapping Facebook to prominence. Only now, the CEO argued, could the real work begin.

That real work will see Facebook try to add philanthropy to its portfolio, aiming to get the developing world online, in addition to evolving itself from a place of sharing to an all-encompassing life engine to “help you answer questions and solve complex problems.”

“Today, we have only a few ways to share our experiences” Zuckerberg concludes. “In the next decade, technology will enable us to create many more ways to capture and communicate new kinds of experiences.” More than a billion users might not be bad for ten years work, but Facebook can’t afford to rest on its laurels if it hopes to see out the next decade.