Facebook is launching a new payment service, Facebook Pay, that spans not only the social network itself but Messenger, Instagram, and WhatsApp. While each of those services already supports payments, the company is tying them together so that users will only have to enter details once if they prefer – though there’s an upside for Facebook, too.

Currently, if you want to make payments on Facebook, Messenger, Instagram, or WhatsApp, you’d need to enter your payment information separately on each. With Facebook Pay, however, you can add a preferred payment method once, and then access it across all four services.

It’ll mean a shared payment history that covers any purchases, donations, or other Facebook Pay use regardless of where it was made. It also allows for a single update of credit or debit cards, useful if yours is replaced. Facebook says there’ll also be real-time support via live chat, albeit only in the US to begin with.

While it does support cross-service payments, Facebook Pay won’t be enabled automatically on every platform it’s available for. Instead, Facebook says that it will be making it optional: you’ll be able to choose to have it turned on for Messenger, for example, but not for your Instagram or WhatsApp accounts. 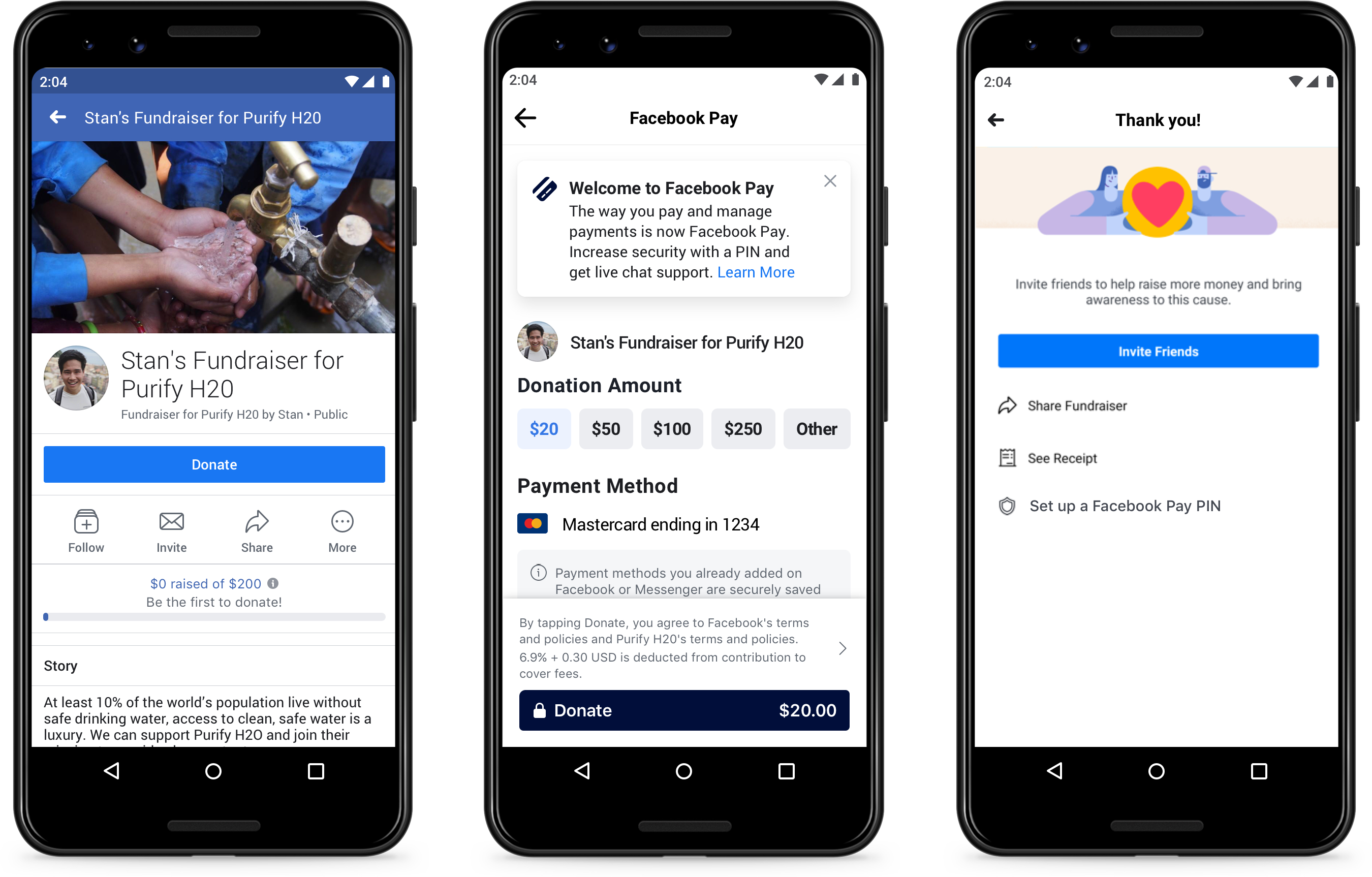 Initially it’ll be launching on Facebook and in Messenger in this week, in the US. Facebook Pay will be supported for fundraisers, in-game purchases, event tickets, person-to-person payments on Messenger and purchases, though only from select Pages and businesses on Facebook Marketplace. Instagram and WhatsApp support will follow on in time, as will general availability in more places and to more users.

As well as “most major credit and debit cards,” Facebook Pay will work with PayPal. What this isn’t, though, is a roundabout way of getting your details for Libra or the Calibra wallet. Facebook says this is completely separate from its troubled blockchain digital currency plan.

Just as you’d expect, Facebook is leaning heavily on the security side of Facebook Pay. Card and bank account details are encrypted, there’ll be anti-fraud monitoring and alerts for account activity, and the option of PIN or biometric security before payments are processed. Facebook won’t be receiving or saving the biometrics itself, either.

Still, it’s potentially a tough sell when confidence in Facebook has been shaken again recently. The social network faces numerous calls for censure over how it has handled data exposes and issues like the Cambridge Analytica scandal. More recently, Facebook’s hands-off attitude to political advertising has drawn sharp criticism from many.

While all that is happening, the company continues to try to position Facebook, Messenger, Instagram, and WhatsApp as disparate components of a single platform, rather than individual services that just so happen to have a common owner. New branding, emphasizing that Facebook is a brand not just a website, launched earlier this month.