Polestar’s all-electric Polestar 2 isn’t exactly slow, but the automaker is testing the waters for a more potent version with its new experimental 476hp EV. The 350 kW model made its debut at the Goodwood Festival of Speed, pairing more potent electric motors with parts cherry-picked from the expensive Polestar 1 coupe. 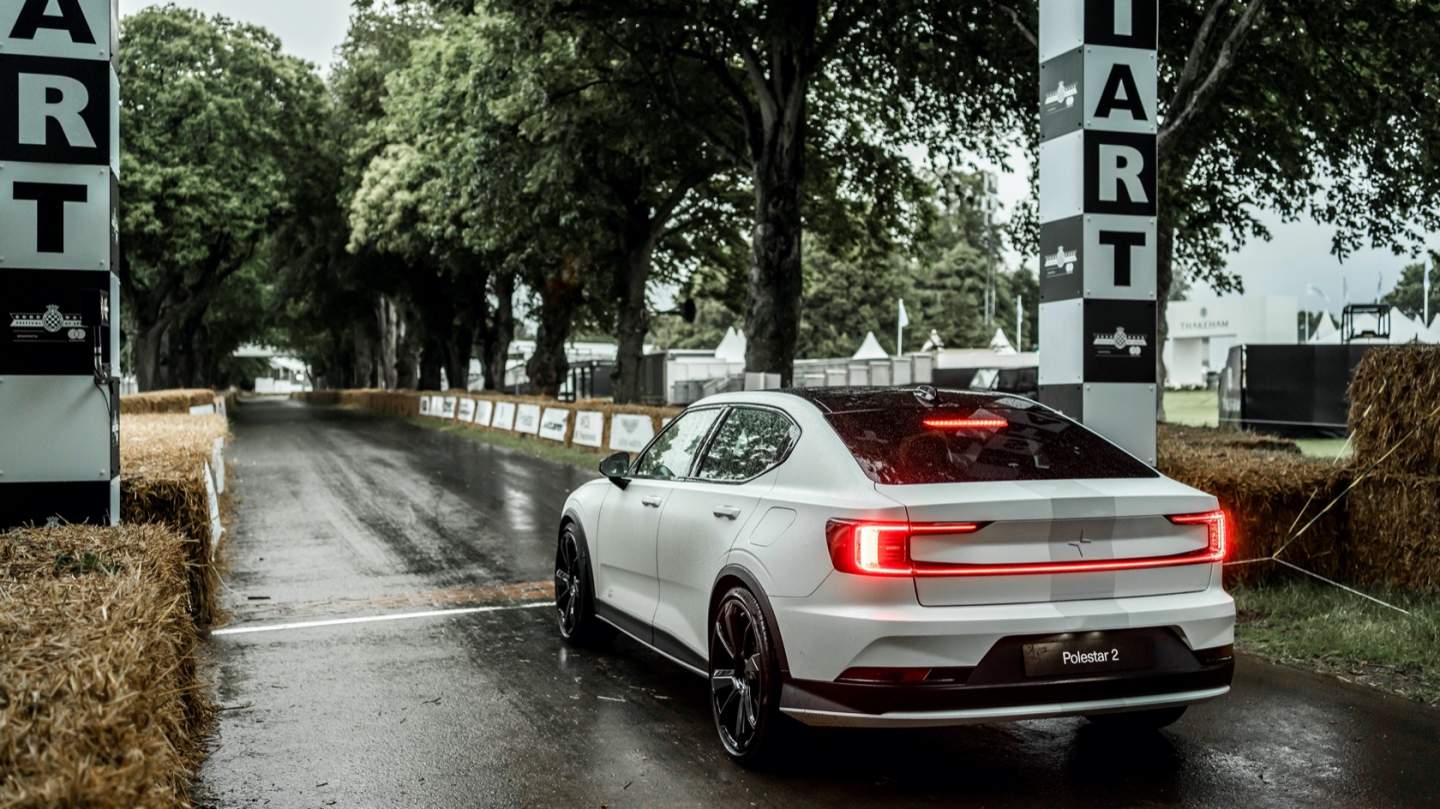 To accommodate the new wheels and rubber, Polestar widened the track by 10mm on each side, and fitted wider wheel arches. The EV is 30mm lower than normal, too, while the Volvo S60 Polestar Engineered donates its carbon fiber front suspension strut bar. That, Polestar says, improves rigidity. 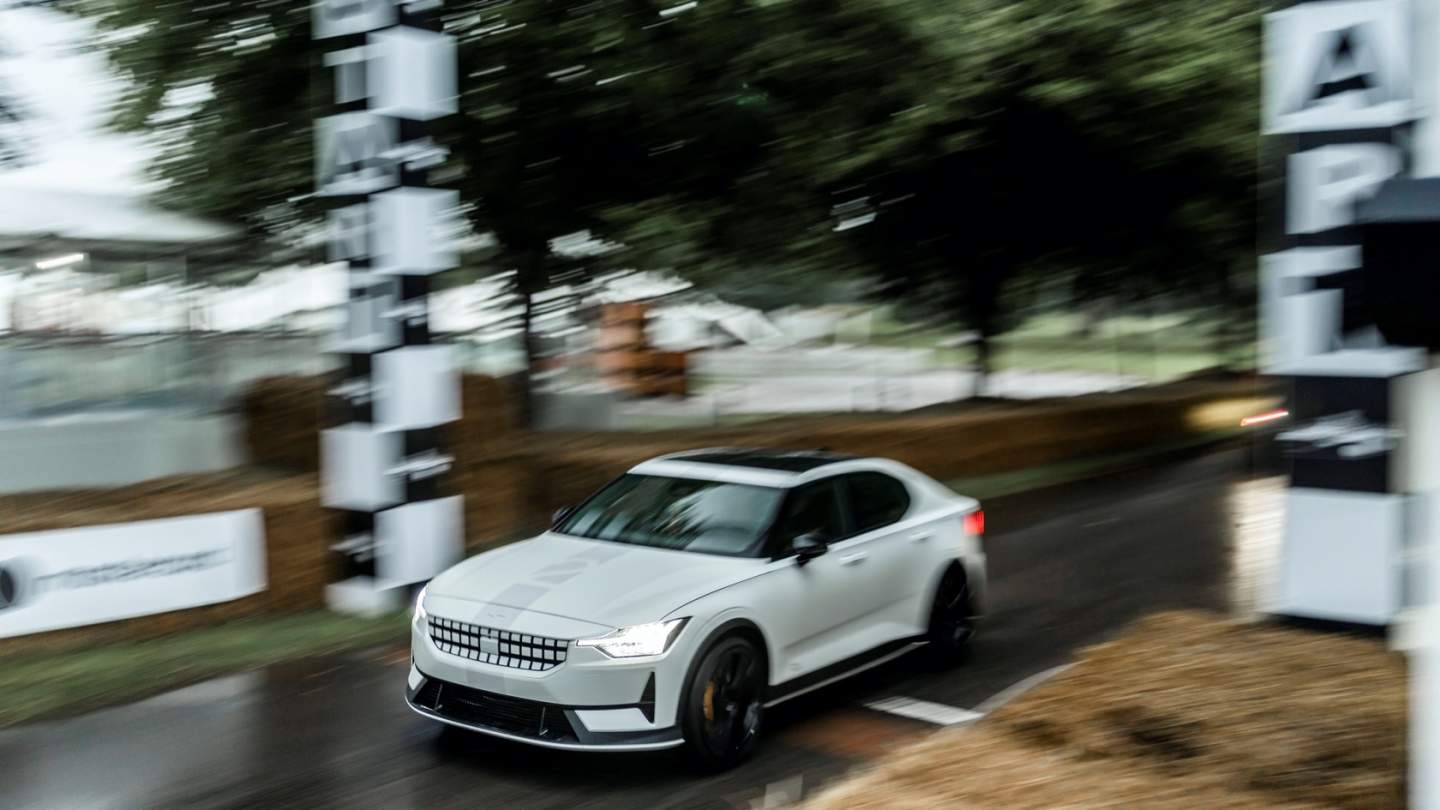 “This car is what happens when we are given freedom to go beyond our limits,” Joakim Rydholm, Polestar’s chief chassis engineer, says of the electric fastback.

To help distinguish it visually, there are new front and rear bumpers. The paint job is Snow Matte white, with a Magnesium Matte racing stripe running down the center. Polestar also adds a color-coded front grid and gloss black mirrors, wheel the bumpers and side skirts have color-coded accents. Finally, the wheels have a dual-tone gloss and matte black finish. 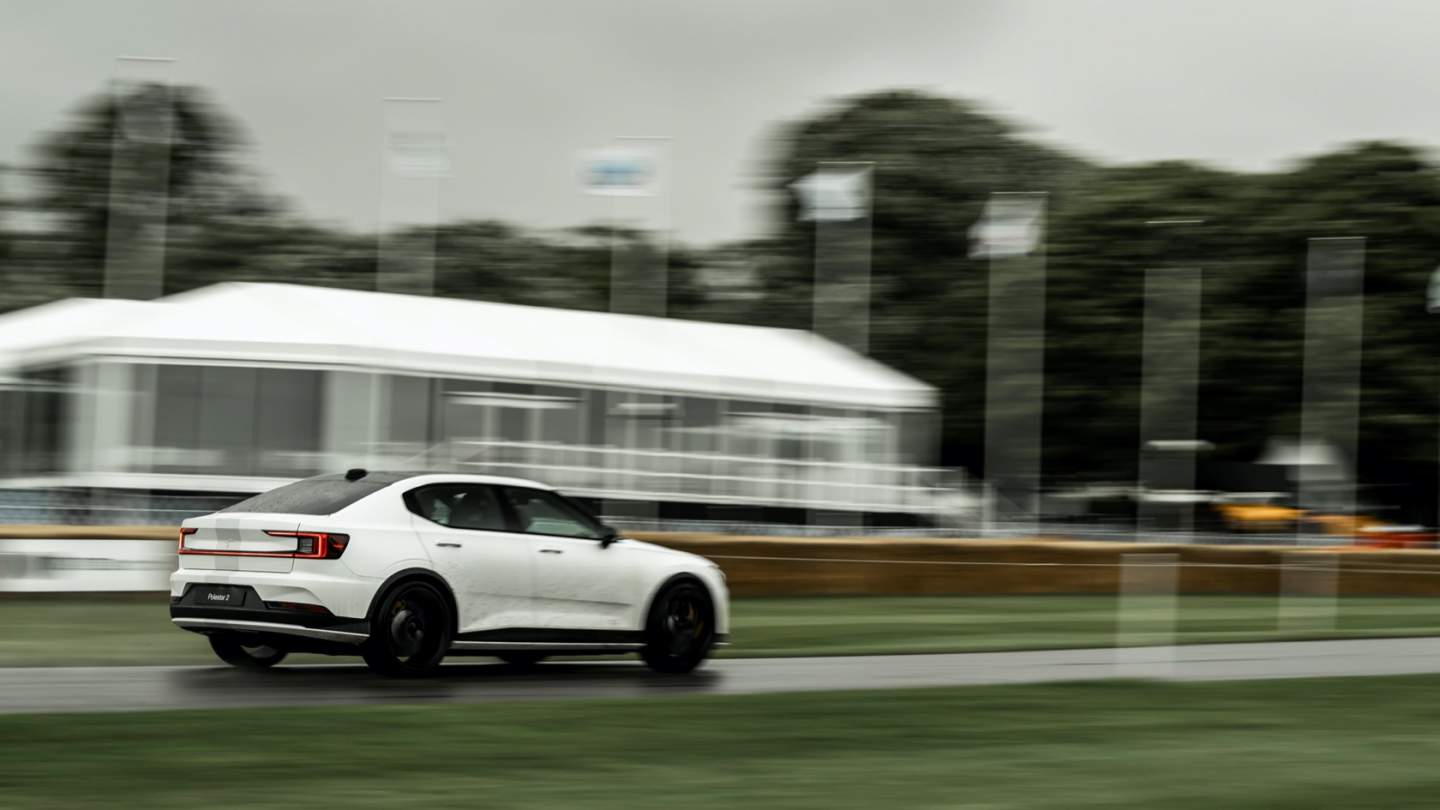 The end result certainly looks the part, and it should drive that way too. The regular Polestar 2 has 408 horsepower and 300 kW from its dual motors, and the automaker says it’ll do 0-60 mph in 4.5 seconds. Exactly how fast this experimental Polestar 2 is in comparison, the company isn’t saying.

Nor is it talking about whether this could be the start of a new, more potent version of the car for production. Still, with Tesla regularly making headlines for its faster models – most recently the six-figure Model S Plaid – the idea of more aggressive Polestar variants seems like a sensible one.

What we definitely are getting, though, is a more affordable Polestar 2. that will have a single motor configuration, rather than the dual motors we’ve seen so far, and 260+ miles of range according to the automaker’s preliminary figures. Exact pricing is yet to be confirmed, but we should find out details ahead of the EV’s arrival in the US before the end of this year.