Jeep promised to reveal its new hybrid Wrangler this year, and the automaker has confirmed it’ll squeeze in close to the wire with a December 2020 unveil of the hotly-anticipated SUV. The Wrangler 4xe will be the first model of Jeep’s range to bear the new “4xe” badging, which the automaker plans to use as it spreads electrification throughout line-up.

Eventually, there’ll be at least one fully-electric model with the Jeep badge on the front. However, we’ll have to wait a little time for that to actually debut; to tide us over, there’ll be this Wrangler plug-in hybrid.

Jeep has played details about the SUV relatively close to its chest so far. There’ll be a gas engine of unspecified capacity, combined with at least one electric motor and a battery to power it. Over at fellow FCA stablemate Chrysler, the Pacifica Hybrid relies on a 3.6-liter V6 gas engine with two electric motors, and has an all-electric range of around 33 miles on a charge.

Jeep makes good use of the 3.6-liter V6 engine too, though it’s uncertain whether the packaging differences between an SUV and the Pacifica minivan will force a different approach to its hybrid. Going by Jeep’s new teaser, the Wrangler 4xe will be offered as a four-door, but there’s no telling whether there’ll also be a two-door variant as well. 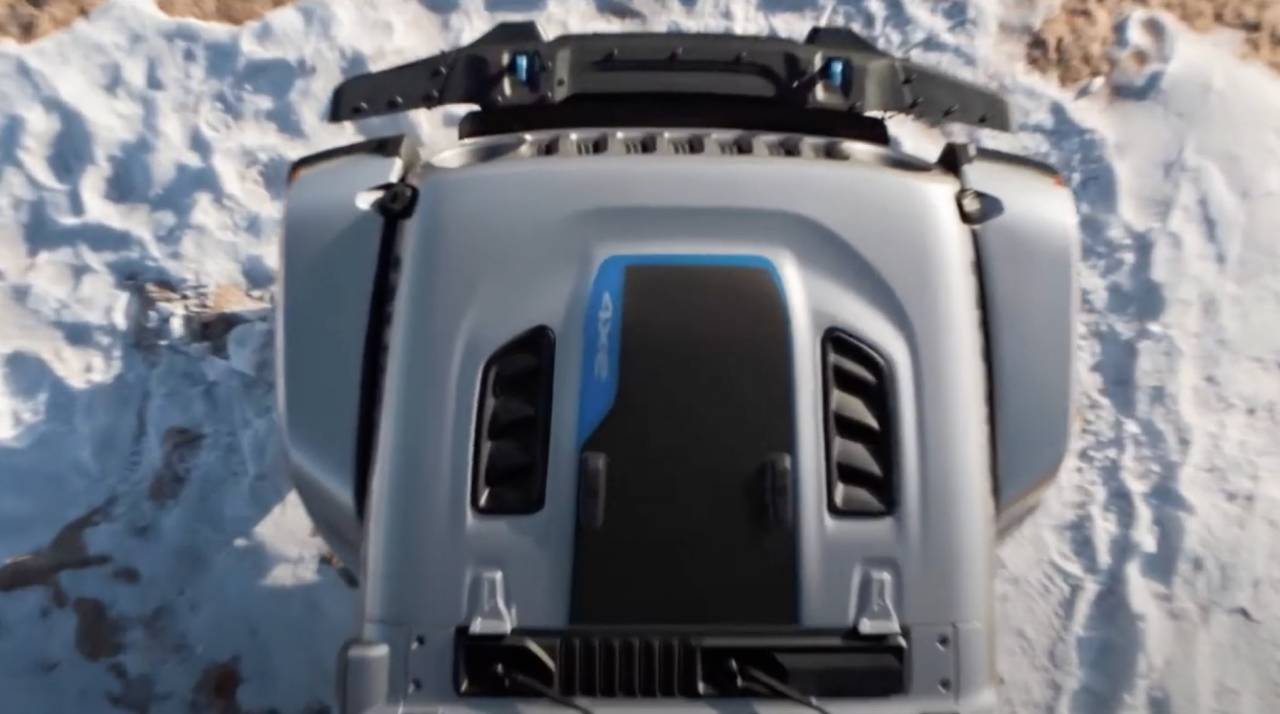 Lest you assume that a plug-in hybrid isn’t entirely in keeping with Jeep’s fairly macho reputation, meanwhile – this is, after all, the company which just showed off a HEMI V8 version of the Wrangler – don’t worry. Jeep is pushing the idea of maximum capability out off the asphalt, but without getting in the way of enjoying that wilderness. Much quieter electric drive will certainly help there.

The 4xe badge won’t be on the Wrangler alone, either. Jeep has confirmed it has Compass 4xe and Renegade 4xe variants in the pipeline, as FCA readies over thirty different electrified models across its various brands. There’s no sign of a Gladiator 4xe plug-in hybrid on the roadmap yet, unfortunately, but the architectural similarities between the pickup and the Wrangler would seem to imply that wouldn’t be too arduous a conversion either.

Even without full electrification yet, a PHEV still puts Jeep ahead of its recent rival, the Ford Bronco. Ford’s SUV may have been rebooted for a modern version, but right now an electric drivetrain is conspicuous by its absence. There are undoubtedly plans to correct that in the semi-near future, but it’s definitely a window of opportunity that the Wrangle 4xe plans to take full advantage of.