If augmented reality is yet to make the market splash its VR cousin has, that’s probably down to the relative shortcomings of transparent displays, but Epson‘s latest Moverio BT-300 suggests a tipping point is close. Freshly announced at Mobile World Congress today, the BT-300 headset not only slims down Epson’s wearable display, but massively improves the image quality and usability.

The change is down to Epson’s new silicon-based self-illuminating OLED (SiOLED) screen technology. Integrated into the left and right edges is an SiOLED projector, that’s brighter, has a wider color gamut, and – most importantly – a far improved contrast ratio than the LCD backlit projection that previous-generation Moverio relied upon. 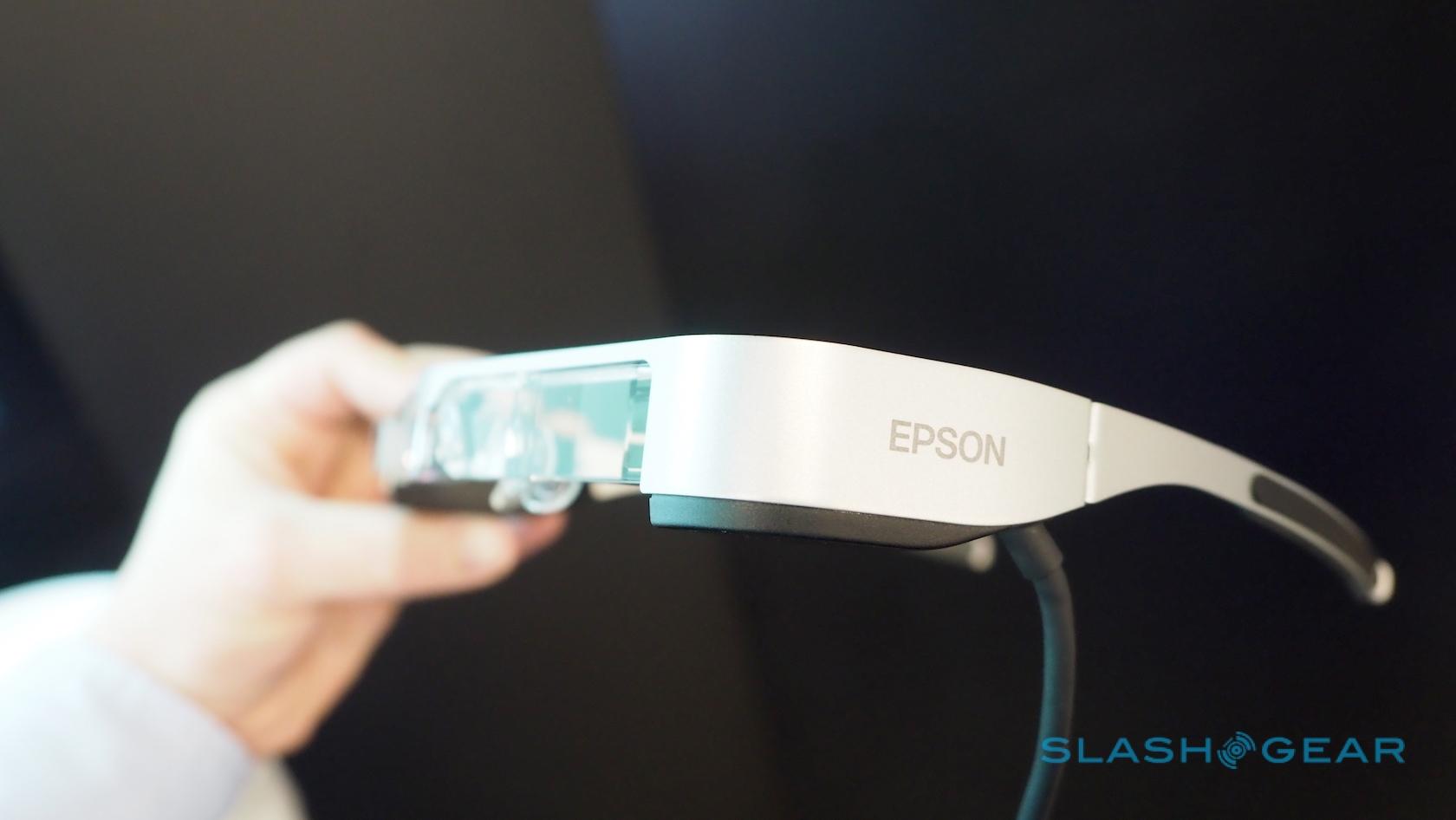 It’s an improvement that you notice as soon as you put the headset on. The transparent projection floats directly ahead in your field of view, brightly colorful thanks to the 90+ percent color gamut.

Where the BT-200‘s picture could be washed out if you were looking at it with a bright backdrop, the 100,000:1 contrast ratio of the BT-300 – exponentially greater than the old LCD system – means it’s still very clear. When I looked away to a darker background, meanwhile, the contrast was so good that it was akin to looking at a regular OLED phone. 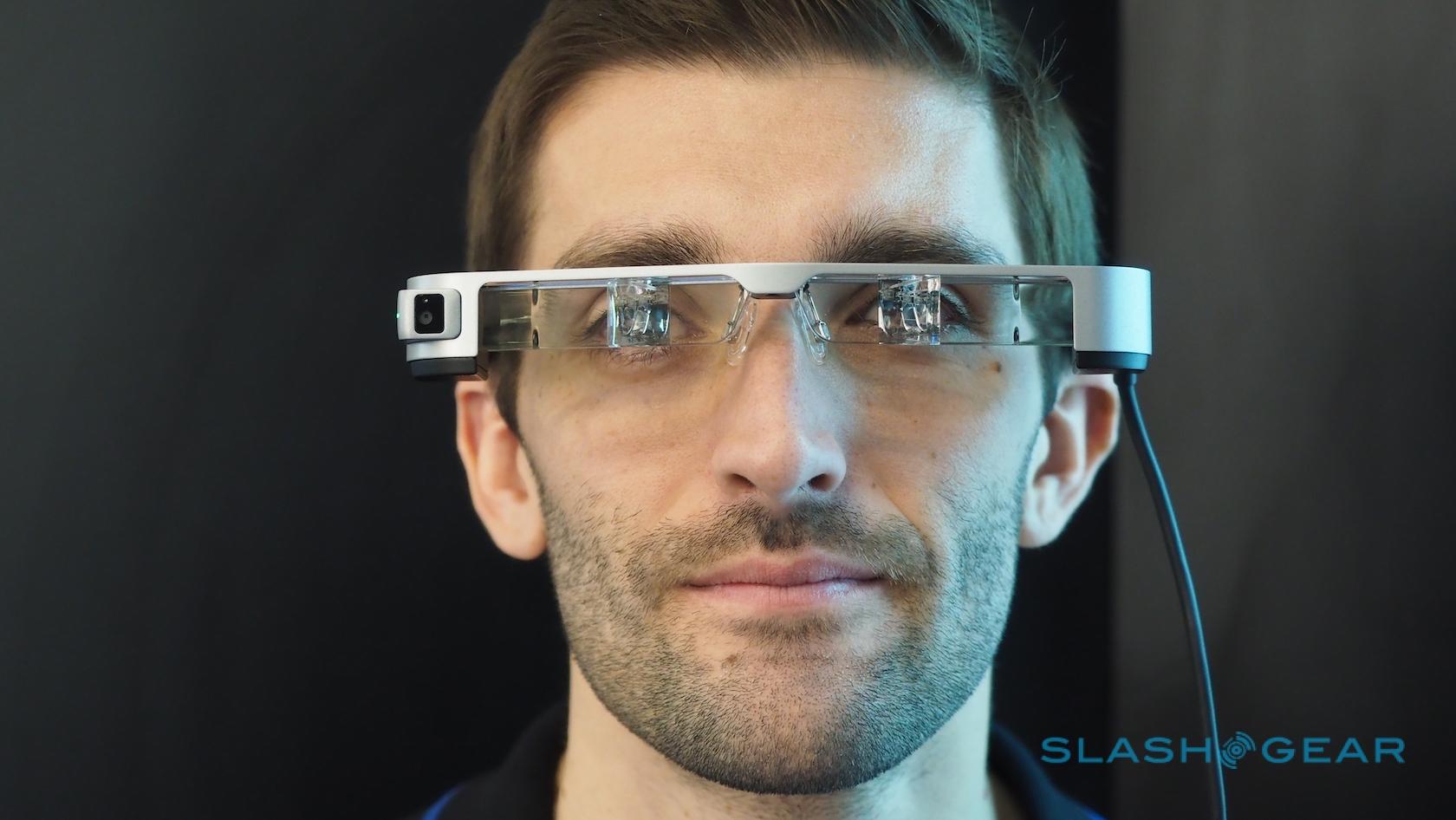 The headset itself is still broad across the face, but has been narrowed top and bottom, and is now 20-percent lighter. Epson also offers nosepieces suited for glasses-wearers, which are welcome. Meanwhile it’s had a performance boost, too, with the tethered control box now containing an Atom X5 chipset running Android 5.1.

The camera on the side of the glasses has stepped up from the paltry VGA of before to 5-megapixels, and there are still motion sensors inside for adjusting your view according to where you’re looking. 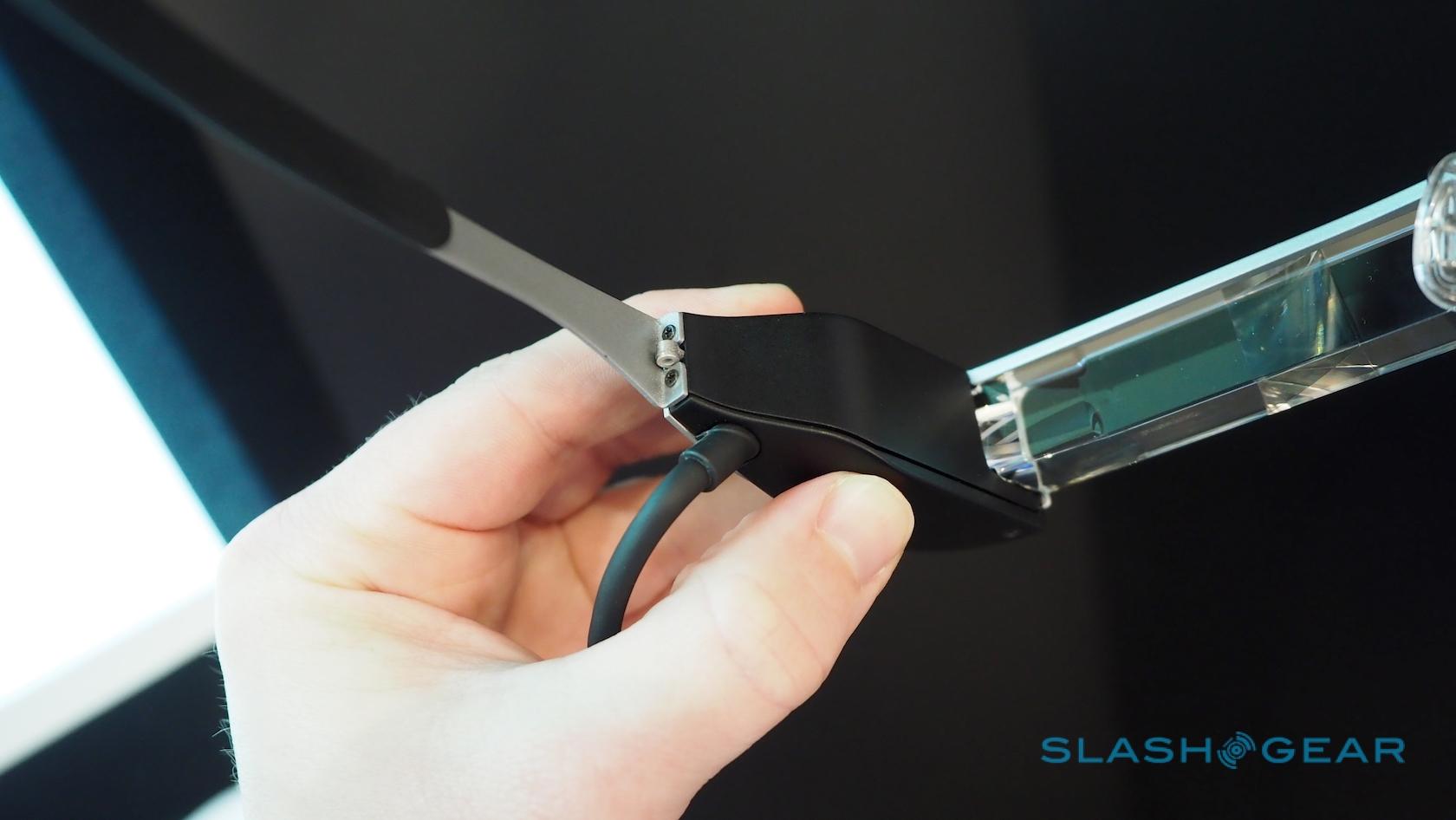 Virtual display resolution is 1280 x 720, though Epson is upfront about its relatively compact field of view. The Moverio BT-300 could be smaller, the company told me, but at the expense of projection size. Though other companies have larger transparent displays – like the Lumus headset I tried back at CES in January – they fall short of the picture quality of the Moverio set.

There’s also something to be said for the fact that, rather than just demonstrating prototypes, Epson is actually putting the Moverio BT-300 up for sale. Pre-registration has opened today, and the company expects the final sticker price to be between $700 and $800 when the headset ships in late 2016. 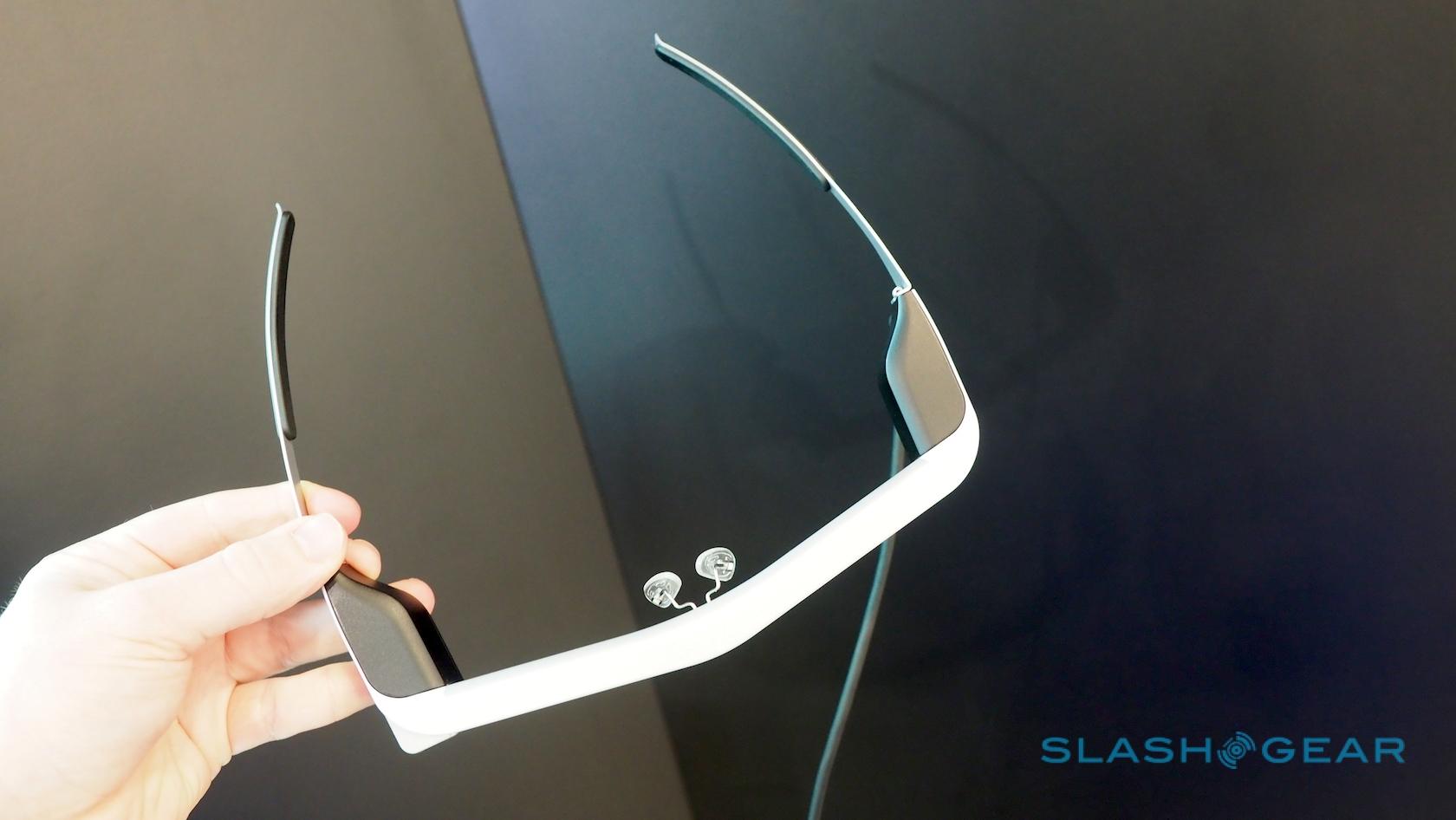 Already, though, it’s exploring the potential partnerships. Drone-maker DJI is collaborating on versions of its Phantom and Inspire apps for the BT-300, for instance, which will allow you to see a UAV’s perspective streamed from the onboard camera.

I had a chance to test a prototype version of the app – the final code is still being worked on, Epson tells me – and it’s impressive how bright the UI is. That’s particularly important when you’re outside, relying on your wearable display to keep track of where your drone is flying.

Other apps being developed include enterprise-friendly software for telepresence and work-floor monitoring. Even dentists have proved tempted by the Moverio’s allure, with apps that overlay live in-mouth photography proving popular as they save professionals from having to repeatedly look between a screen and down at the patient’s mouth. 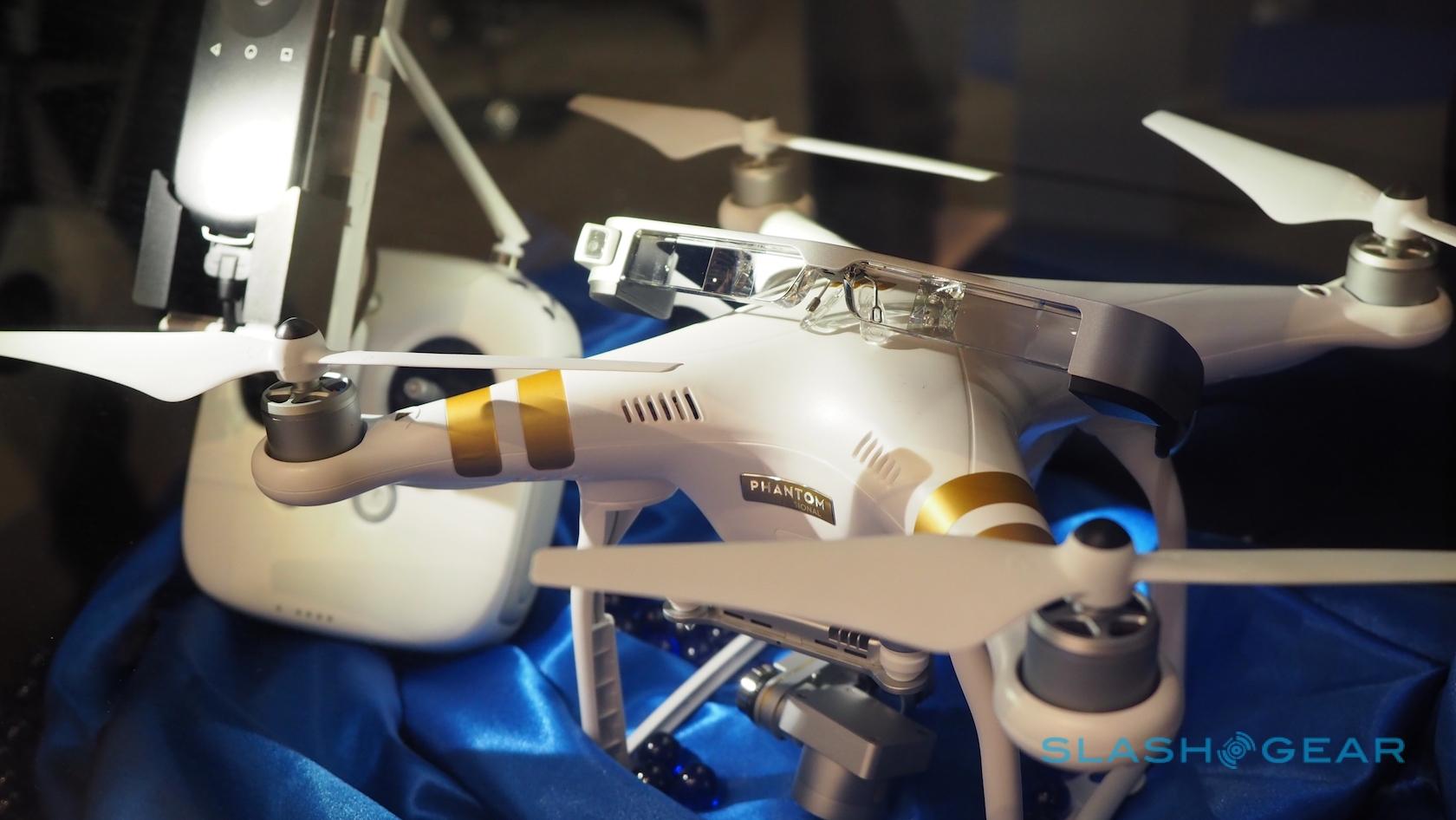 Epson says it still expects virtual reality headsets to gain mass-market appeal before augmented reality hardware does: after all, the former can effectively ignore what’s going on in the world around, whereas AR usually demands integration. Still, improvements in screen legibility are vital if wearable displays are to be as practical as they’re eye-catching, and the Moverio BT-300 suggests we’re very near that point. 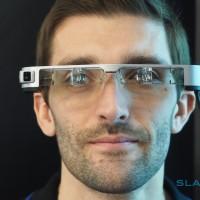 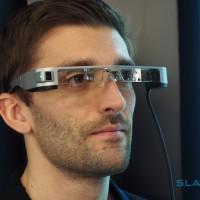 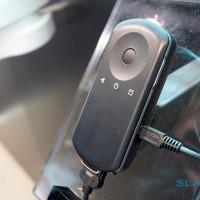 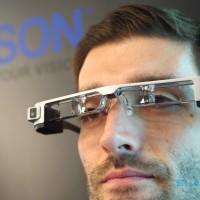 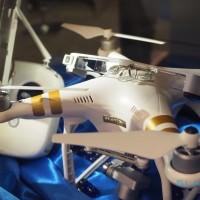 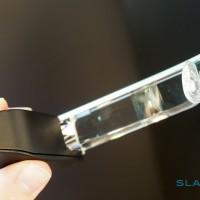 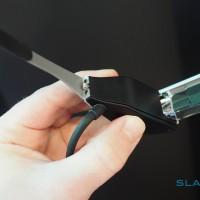 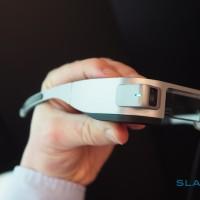 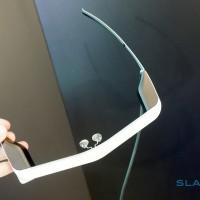 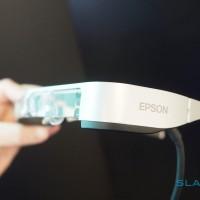 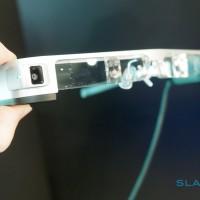 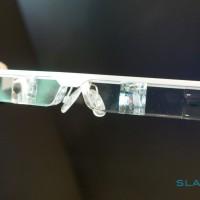