Don’t worry, Kim Kardashian, BlackBerry is coming for you

BlackBerry boss John Chen has promised an old-school handset for QWERTY lovers, penning an open-letter to fans of the form-factor in which he expresses his hopes that the BlackBerry Classic will fit the bill. The letter, published on the official BlackBerry blog, addresses stalwart users by conceding that “if it ain’t broke don’t fix it,” just as many BlackBerry Bold users – including, somewhat bizarrely, reality TV star Kim Kardashian-West as we found out this week – have been shouting at the struggling Canadian firm for some time.

Chen opened by pointing to BlackBerry 10 and the various form-factors of handset the company has offered so far, but also conceded that the is such a thing as making changes for the sake of change itself.

“Sure, we’ve got new BlackBerry devices that break the mold, including the BlackBerry Passport,” Chen wrote. “But we also recognize that a lot of you continue to hang on to your Bold devices because they get the job done, day in and day out – just like you.”

The result is the BlackBerry Classic, about as close to a pre-BlackBerry 10 phone as you can get.

Obviously it will include the legendary BlackBerry keyboard – present on the Q10 – but it will pair it with a dedicated row of navigation keys and a trackpad. The screen will be bigger and sharper than the Bold, Chen says, and of course it will run BlackBerry 10.

“We get it, and we’ve got you covered,” the chief exec concluded. 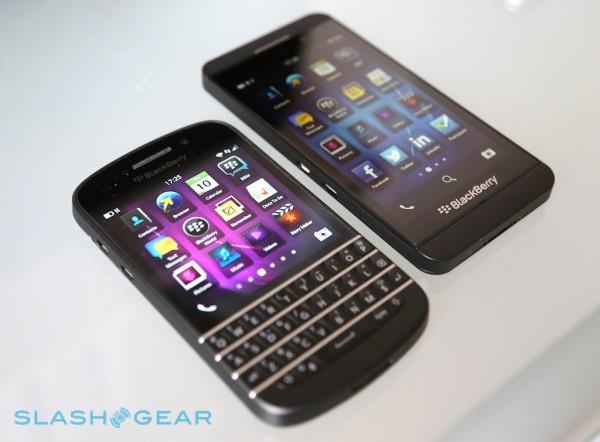 It’s been an interesting few months for BlackBerry, calling the unusually-proportioned BlackBerry Passport a success thanks to a sell-out pre-order period, and culminating in an unexpected (and unpaid) celebrity endorsement from Kim Kardashian-West earlier this week. Unfortunately, Kardashian-West’s praise was for the old BlackBerry Bold, backup examples of which she apparently stockpiles from eBay.

As for the Passport, that turned out to be simply too big for her, and was left in the box.

The BlackBerry Classic itself comes as little surprise, details having leaked earlier this month. It’s expected to have a 3.46-inch, 720 x 720 touchscreen and an 8-megapixel camera.

Meanwhile, Chen has also been teasing a new BlackBerry tablet, potentially with a sliding keyboard form-factor.