Phone use while driving is still a huge problem, but this is helping

Apple’s Do Not Disturb feature appears to be having a positive affect on driver safety, but the lure of the smartphone is still leading to plenty of dangerous driving a new study has concluded. While speeding remains the number one unsafe driving behavior, phone use while at the wheel is right behind it.

Indeed, 38-percent of trips across the US involve drivers speeding, while 37-percent see drivers use their phone in some way while they ought to be paying attention to the road. The new figures come from EverQuote, maker of the EverDrive app. It uses a phone’s GPS and other sensors to track how aggressively drivers corner, accelerate, and brake, as well as what other activities they do, while on the road.

It’s been downloaded enough for EverQuote to have 781 million miles worth of data to play with, in fact. From that, the company says that on average 6-percent of time on trips are spent on the phone; in trips recorded with unsafe driving, more than a third of them involved phone use. It’s no small issue, either, with 1,000 accidents each day believed to be caused by distracted driving, according to the CDC.

One thing that can help, despite initial skepticism, is Do Not Disturb While Driving. Launched by Apple on the iPhone back in September 2017, it prevents notifications like text messages and calls from sounding while the vehicle is in motion. Only those contacts who have been whitelisted are allowed to break through the block.

According to EverQuote, 70-percent of iPhone users it looked at kept the Do Not Disturb While Driving features enabled after the iOS 11 update. For the month or so following its release, those users were on their iPhone 8-percent less. Not a huge amount, perhaps, but considering the amount of phone use while at the wheel overall, anything is clearly better than nothing. 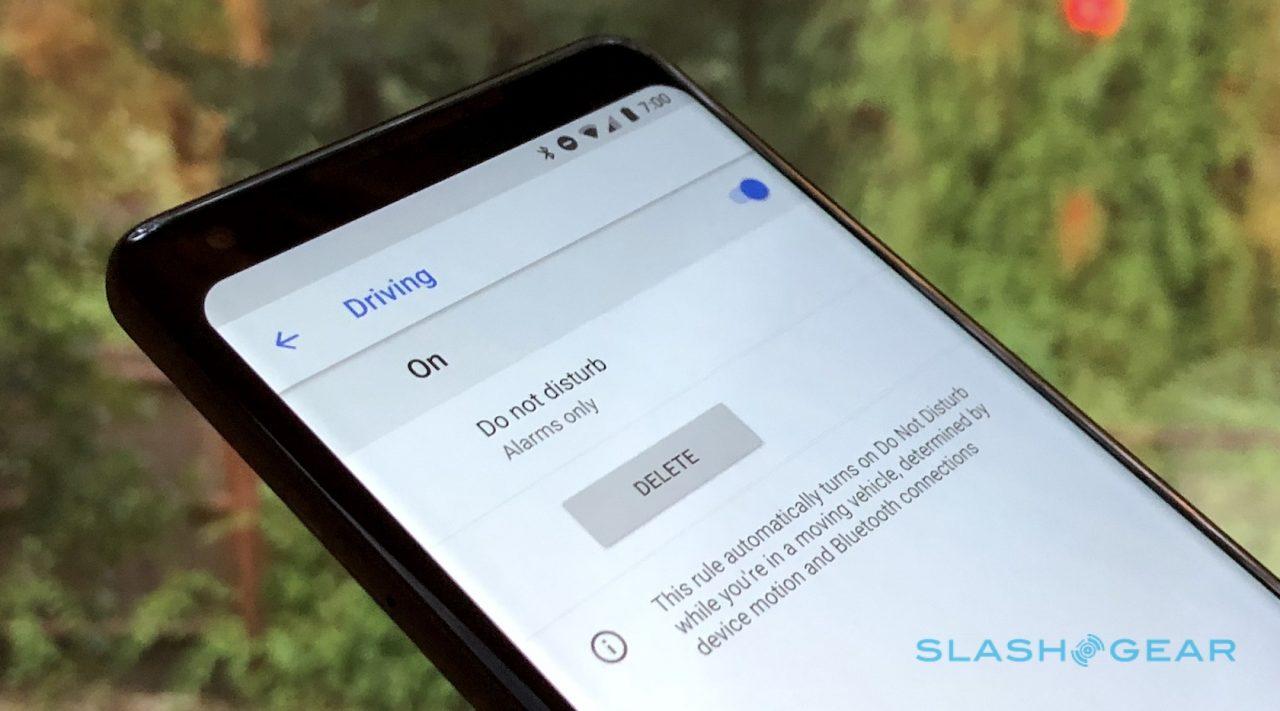 Android, meanwhile, has added its own Do Not Disturb mode for driving use. Launched on the Pixel 2 and Pixel 2 XL, it also uses sensor data to decide when the phone is in a moving vehicle, and trim the number of alerts and notifications that are permitted during that time. Rather than needing to be manually activated at the start of each journey, the Android system figures out intelligently whether or not to allow notifications. This year, there’ll be an API for third-party developers and device-makers to use, to integrate the same features into their own apps and phones.

75-percent of people surveyed by EverQuote said that they felt the Do Not Disturb features made them safer drivers. Still, the EverDrive app suggests there’s plenty of work still to be done, particularly among younger users. Those aged 18-20 use their phones on almost half of all their trips, it was found; drivers 21 or over use them on 38-percent of trips.