It’s May the 4th and what better way to mark the favorite date on every Star Wars fan’s calendar than with the jaw-dropping teaser of the new “real” lightsaber developed by Disney. The extending, glowing sword isn’t, you probably won’t be surprised to hear, actually capable of slicing Stormtroopers in half, but the incredible prop is the closest we’ve seen yet to the iconic on-screen weapon.

It’s been developed by Walt Disney Imagineering Research and Development, for use at the Star Wars: Galactic Starcruiser “all-immersive” experience set to open at Walt Disney World Resort in Florida. A two-night vacation event set to open in 2022, it’ll blend the Star Wars universe with a real-time, in-person adventure.

You could think of it, in fact, as “Murder Mystery Weekend” meets Star Wars. “Watching that lightsaber activate right before your eyes will be just one of the countless ways that, from the moment you arrive to the moment you depart, you’ll be plunged into a Star Wars story where your decisions and actions – or even the casual conversations you may have – determine how your personal journey unfolds,” Disney teases. 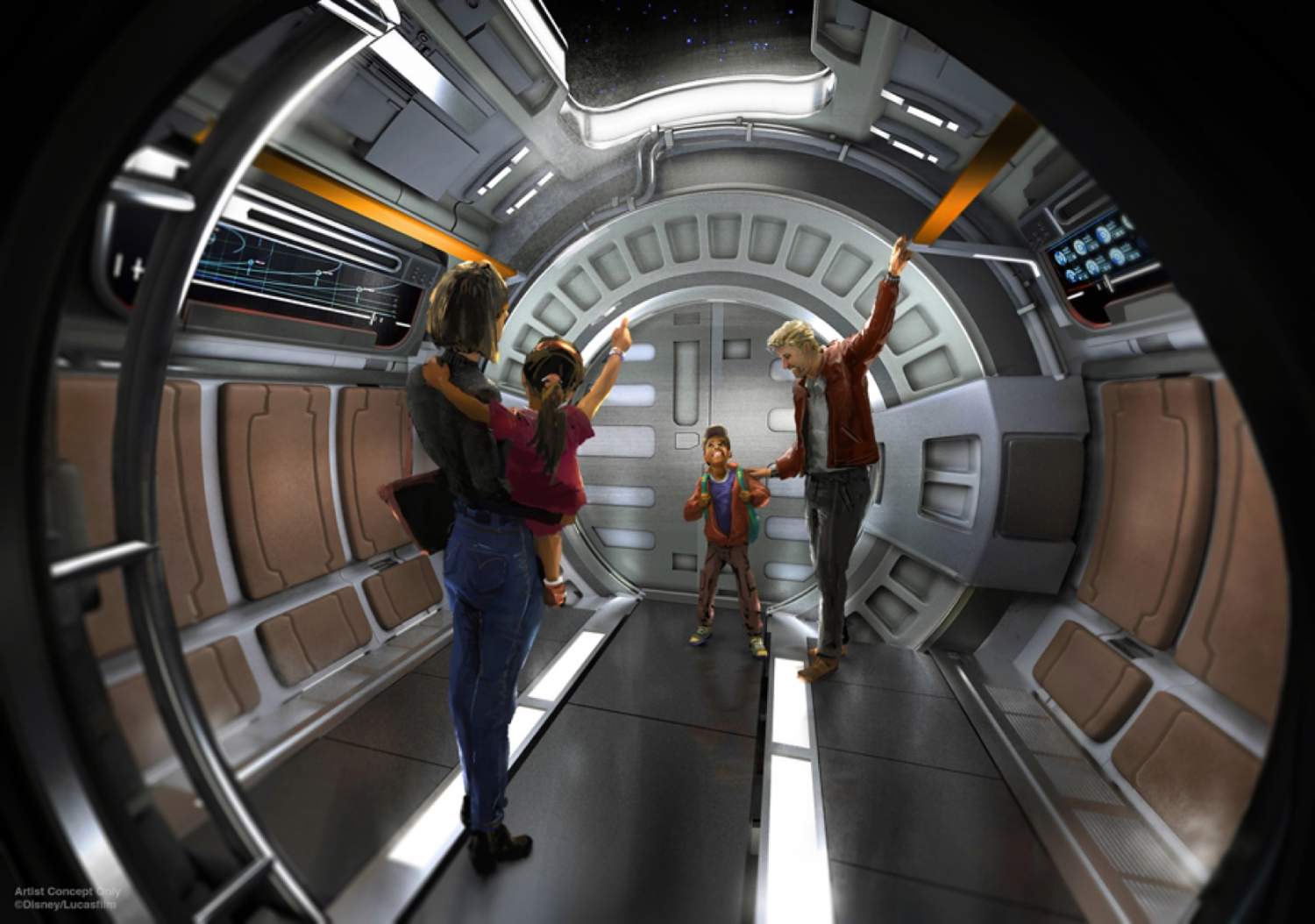 It starts out from the Star Wars: Galactic Starcruiser terminal at Walt Disney World, but after that visitors are plunged into the Star Wars mythos. That includes spending two nights on the Halcyon starcuiser, populated with movie characters, and with everything from meals to entertainment carried out as if you were in that “galaxy far, far away.” 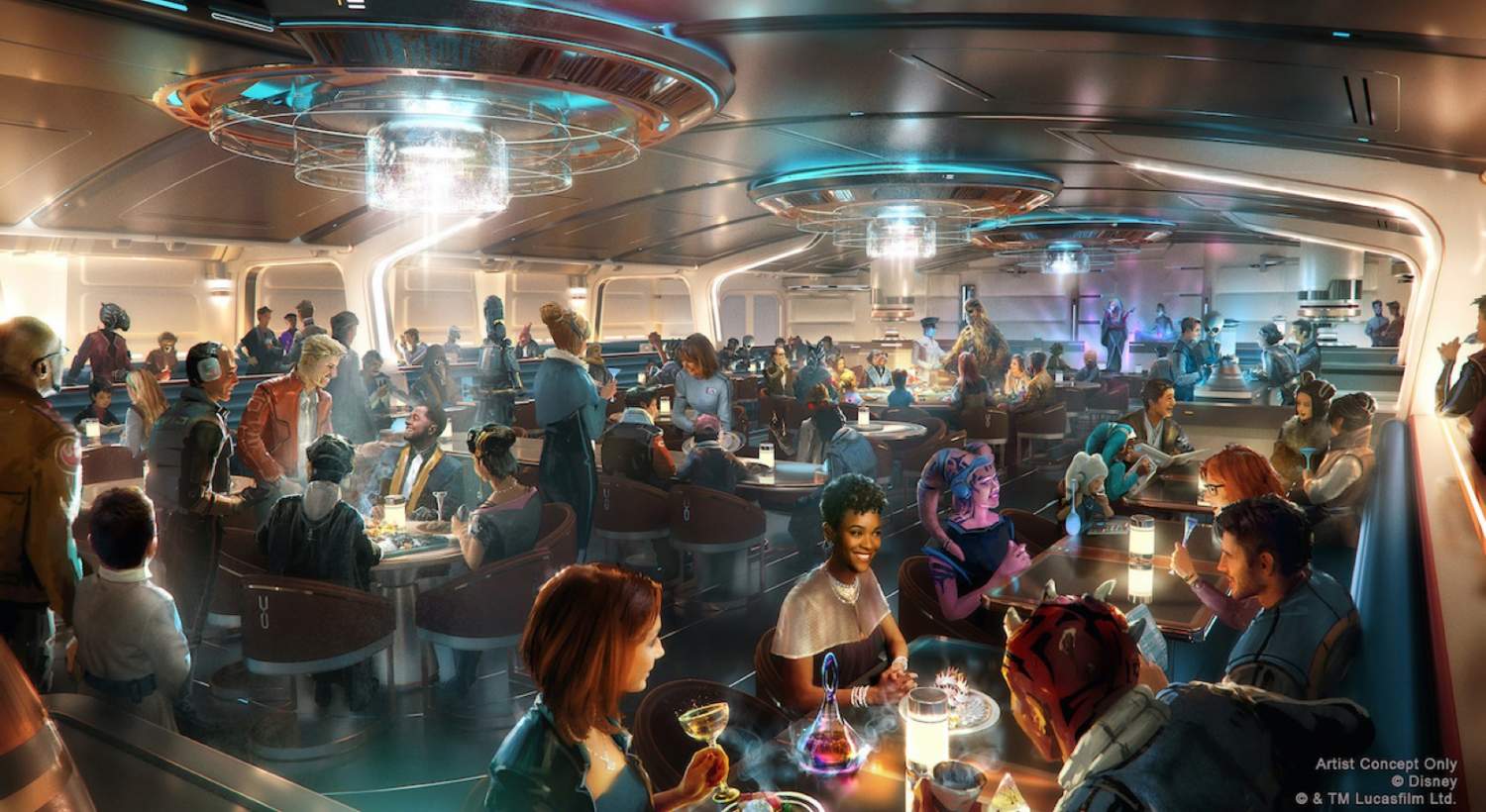 It’s been more than four years since we first heard about the development of a Star Wars-themed hotel and experience by Disney. In many ways it’s being treated much like a movie would, down to a special director that will control the cast of characters and extras that interact with guests. Maybe most exciting is that participants will get to train with lightsabers, as part of a whole roster of activities. It’s unclear whether that will be with this new prop built by Disney. 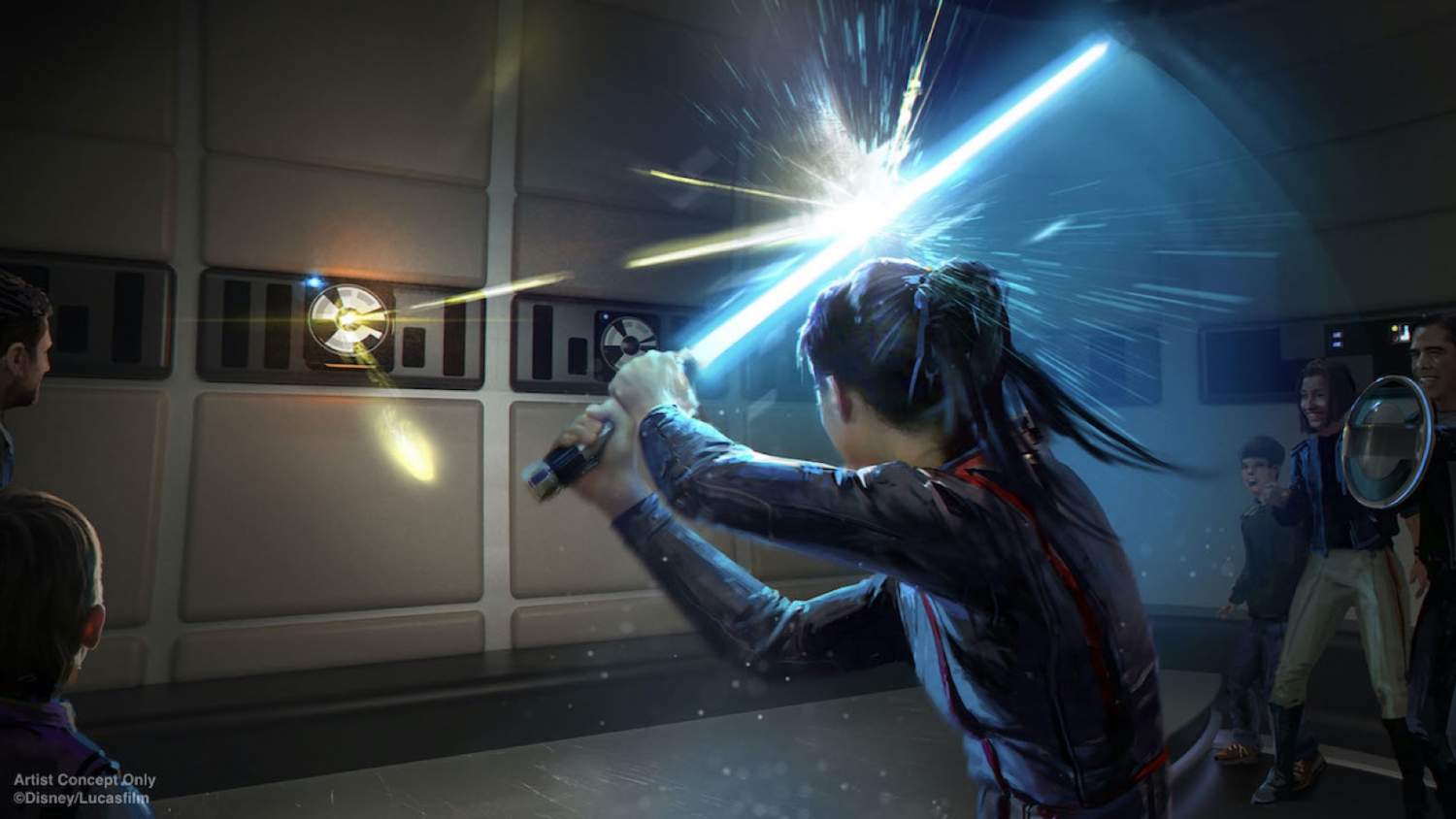 Details on the design and construction haven’t been shared, though we’ll undoubtedly find out more in the months between now and the Star Wars: Galactic Starcruiser experience opening. Certainly, from the brief teaser, it looks the part: unfurling with a laser glow. Toy lightsabers have been commonplace ever since the original Star Wars trilogy was released, but none have looked quite so realistic as this.