Today we bring you a straight up release of the first 20 minutes of Destiny in Beta mode. This – barring gameplay choices – is exactly what every Beta player is experiencing this week, start until 20-minute in. Here we see – basically – what Destiny will be in its latest form.

The video you see here was recorded on the first day of the Destiny Beta for PlayStation 4. It was recorded with an Elgato GameCapture HD and transferred in 1080p to YouTube. As good as the game looks here, it looks even better straight to the TV set from the PS4, of that you can rest assured.

Destiny begins on Mars in “present day.” The arrival of “The Traveler”, humanities’ protector and the one that allowed us to move to Mars and Venus. Human lifespan “tripled” in the light of The Traveler, and we spread to other worlds. 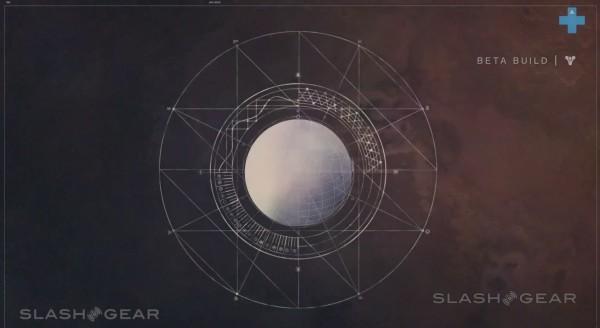 But the Darkness came, and there was death. “And that was the end of everything. But it was also the beginning.”

In comes the Ghost. Searching the “Cosmodrome”, aka “Old Russia” on the planet Earth – searching for you.

This little fellow will not only bring you back to life – yes, you were dead before this game began – he’ll follow along with you and help you on your way. He’s the one voiced by Peter Dinklage.

Once your little robot friend revives you, he gives you a first-person perspective. From there you’re ready to run in to an environment called a “wall”. In the wall you’re going to run into creatures from a race called “The Fallen.”

These beasts have guns and magic. You’ll want to either kill them or avoid them entirely. both are allowed in this game, though it’s not necessarily a matter of creating a personality for yourself like it is in Thief. 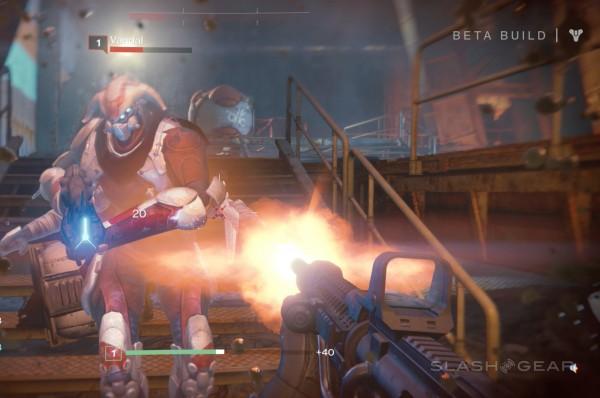 In the first few minutes of the game you’ll be given a standard rifle, but there’s also a sniper rifle to be found. You can aim more carefully with this sniper rifle, and shots are more powerful than the standard model.

After a bit of learning how to take out your enemies, you’ll have found a ship that will allow you to escape the planet. At this point in the game you’re not exactly piloting the ship yourself, you’re just given the impression that you’re moving from one planet to another.

At this point you’ll be given a glimpse of what it looks like to complete a storyline mission. You’ll be given upgrade, you’ll acquire a Grimoire Card, and you’ll get your first note about Bounties. Bounties allow you to explore the universe hunting down specific targets for rewards.

While most elements of this game remain in the console itself, there are quite a few bits and pieces you’ll be accessing outside your PlayStation or Xbox. One example is the Grimoire Card. 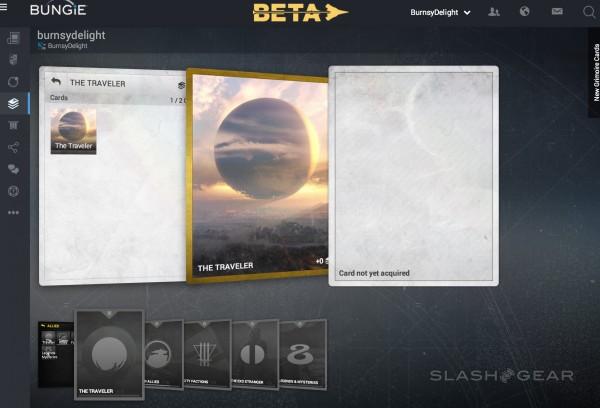 Above you’ll see an example of what your Grimoire Card collection will look like. On the backs of every card you’ll find more information about the subject matter. Like the baseball cards of old.

You’ll access these cards through Bungie.net and through sources like the mobile app for Destiny. The app also gives you stats from the game and maps – and more information on your bounties. 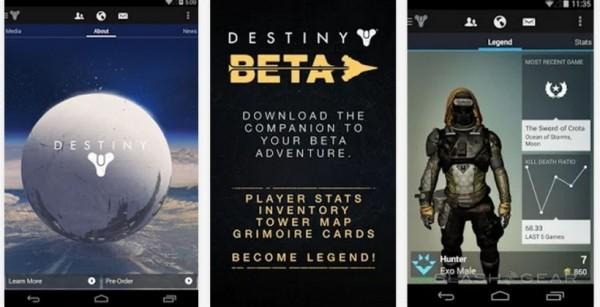 The final location in the first 20 minutes of the game you’ll be seeing here – just for a moment – is “the last safe city on Earth.” This is the only place you’ll be entirely safe from the enemy – as far as we know.

You and the rest of the Guardians in the universe will be walking through this location to access upgrades, buy new threads, and rest. You can see more about this place – The Tower – in our Beta walkthrough from last month.

Stick around SlashGear with our new [@SlashGearGaming] handle and environment. We’ll be dishing out the in-depth excellence for games of all kinds – Destiny included – for your knowledge and enjoyment.