Cruise has begun testing its self-driving car ride hailing service, allowing users to summon an autonomous car through an app. The trial is taking place in San Francisco, though is currently only available to Cruise employees as the possibilities of driverless transportation are explored. However, the company claims that around 10-percent of its team based in the city are signed up for the beta.

They’re using it for a wide variety of purposes, too. From the “Cruise Anywhere” app, they can summon a self-driving prototype and call it to their location in the city. Some are relying on the beta service to get to work, but since it operates between 16 and 24 hours a day – depending on car availability – it’s also been relied upon for personal use, like going to the store or socializing.

Cruise Automation was acquired by General Motors in early 2016, in a deal believed to be worth around $1bn. The company’s fleet is currently made up of Chevrolet Bolt EVs, modified with new sensors including LIDAR laser scanners and all the onboard processing hardware to react to traffic and other driving conditions in real-time.

The Cruise Anywhere app works much as Uber, Lyft, or any other ride hailing service app might. After locating yourself on the map, you can request a ride, and the system assigns a car: it just so happens that the vehicle you’re sent is self-driving. Those hoping to avoid awkward conversations with a human driver will be disappointed, mind: due to autonomous car testing laws, a real person is behind the wheel ready to take over, should circumstances demand it. However, Cruise tells TechCrunch that there have been just “a few occasions” where the human backup needed to seize control. 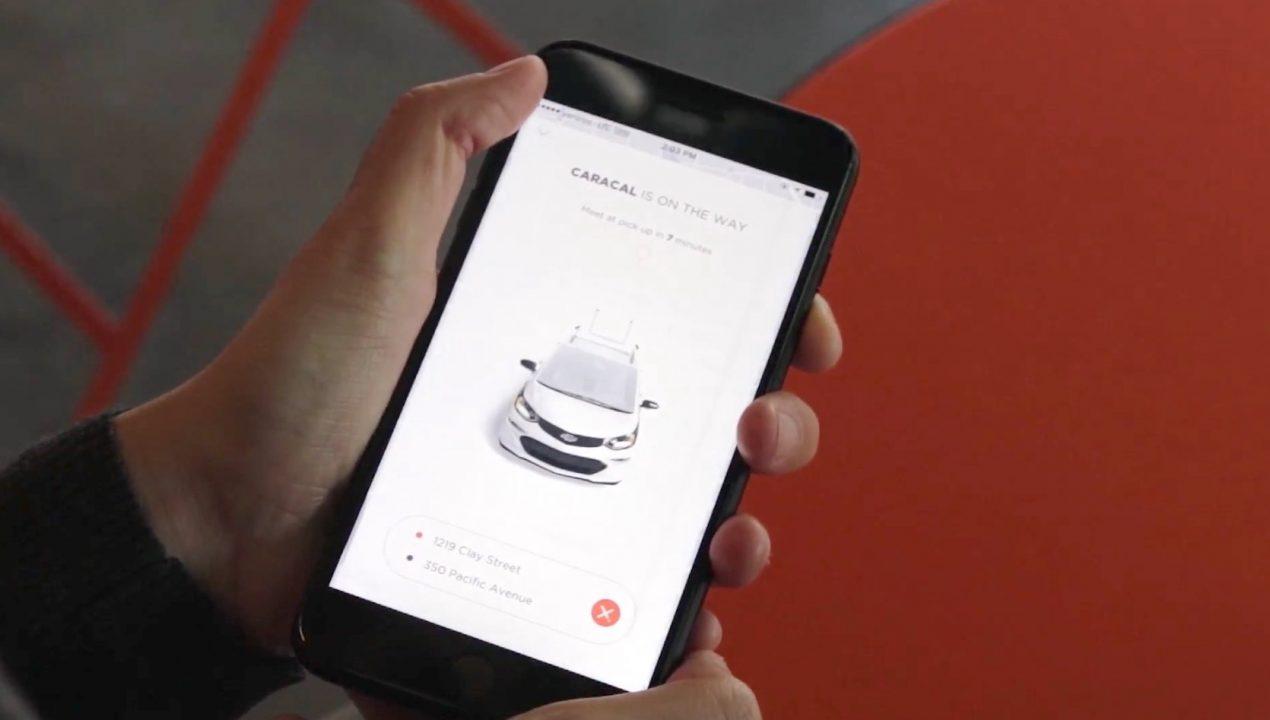 Cruise isn’t saying when it might consider opening up Cruise Anywhere to people outside of the company. Indeed, there’s a wait-list of employees wanting to sign up, with Cruise adding new participants to the trial every week. One of the primary bottlenecks is the number of R&D vehicles the company has, something GM aims to address with more cars joining the fleet over the course of the year.

According to Kyle Vogt, Cruise CEO and co-founder, the company hasn’t yet settled on whether it’ll be operating a service like Cruise Anywhere itself, or partnering with another firm. “We see a future where we’re open to partnering with one network or partner, many partners, or even no partners if that’s the best way to release this technology and achieve the societal benefits of driverless cars sooner,” Vogt told TechCrunch. Early indications of the reception of the service have been positive, though, with some employees enrolled in the beta already using it to replace car ownership.