Tile’s location trackers are gaining new functionality for Comcast set-top box and Xfinity internet subscribers, with the company’s boxes now acting as Tile network extensions for broader coverage. Tile’s trackers – which slot into wallets, can be stuck to things like bikes and remotes, or dangle from keychains – use Bluetooth to regularly report their location, making it easier to find them should they go missing later on.

The Tile network uses Bluetooth on a smartphone running the Tile app to locate those trackers. It’s not just those registered to your own account, either. By spotting Tile trackers belonging to other people, and anonymously reporting their location, even if your device is subsequently out of range of your phone you still stand a decent chance of hunting it down.

Around the house, though, you might not come into contact with other peoples’ smartphones, and that’s where the new Comcast integrations come in. Comcast’s Xfinity X1 could help you go hunting for your Tile-tagged devices before now: back in 2018, functionality for the X1 Voice Remote was added so that users could ask for their Tile’s location. The last recorded address would show up on the TV. 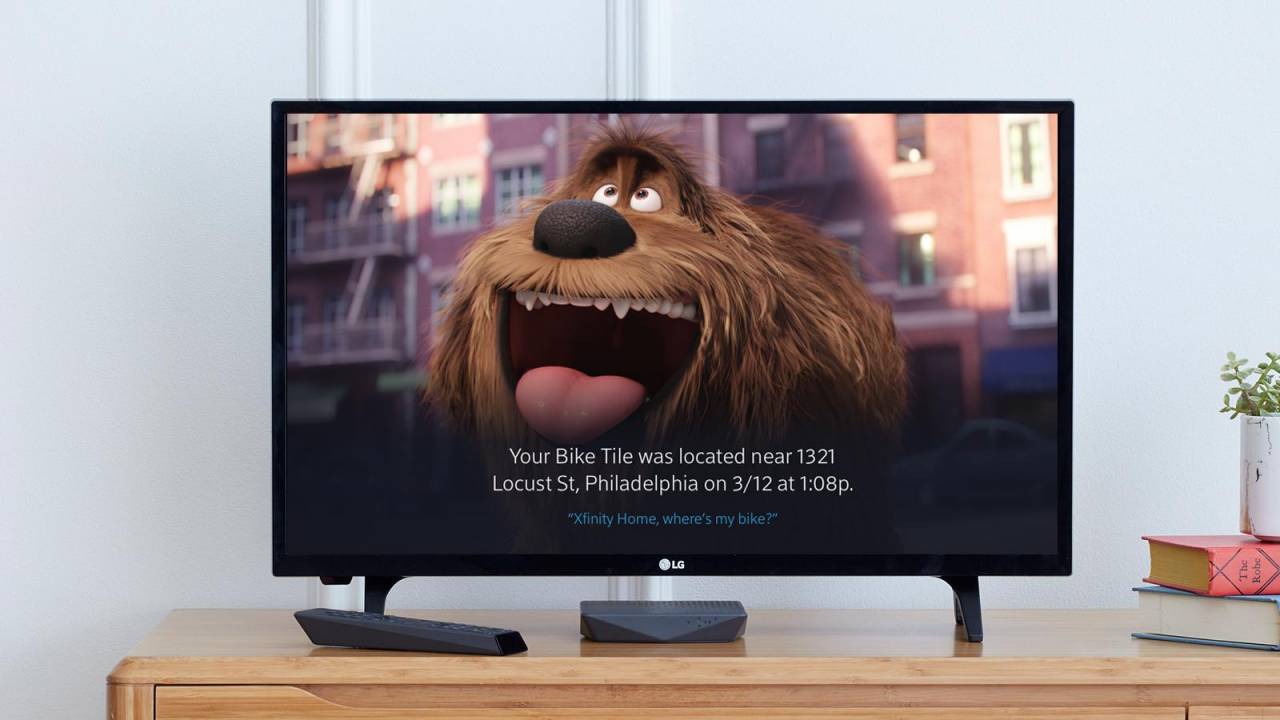 What’s changing now, however, is that the Comcast boxes’ own Bluetooth is going to start recording Tile locations. If you’ve got a select Comcast X1 or Flex set-top box, or an Xfinity xFi Gateway for your internet connection, then they’ll act as extension to the Tile network.

“By enabling Xfinity devices to also act as access points, a Tile user who previously had one access point at home, their mobile device, now has multiple to look for their lost Tile when needed,” Tile explains. “Tile is essentially creating finding hotspots in the home, dramatically extending and strengthening the company’s finding power.”

The X1 Voice Remote functionality is also being upgraded. As well as being able to call up a Tile’s location, it can now trigger the Tile to ring its own alarm. For example, you could say “Xfinity Home, find my car keys” and have the Tile with that name ring.

It’s the same sort of functionality that Tile has supported with Amazon Alexa and the Google Assistant on select smart speakers for some time now. It’ll work with both older Tile models, and those from the company’s 2019 range including the Tile Sticker, Slim, Pro, and Mate.