Chevrolet will reveal its latest electric vehicle, the new Bolt EUV, in February, teasing the driver-assistance technology to be found in the EV at CES 2021 today. A crossover version of the electric hatchback that has been a mainstay of Chevy’s range for the last few years, the Bolt EUV will be the first of the automaker’s cars to offer Super Cruise.

Until now, that’s been a feature only offered on Cadillac’s cars, and a select range of them at that. Debuting on the CT6 sedan – since discontinued – it will also be offered on the 2021 Cadillac Escalade in an “enhanced” form, capable of automatically changing lanes.

The same core functionality, though, will be the same. Super Cruise builds on adaptive cruise control and lane-keeping with a driver attention camera, monitoring where the driver is looking to ensure they’re keeping abreast of what’s happening in the road ahead. If they look away for too long, a light bar integrated into the upper section of the steering wheel – which is also used to indicate system status – will flash. 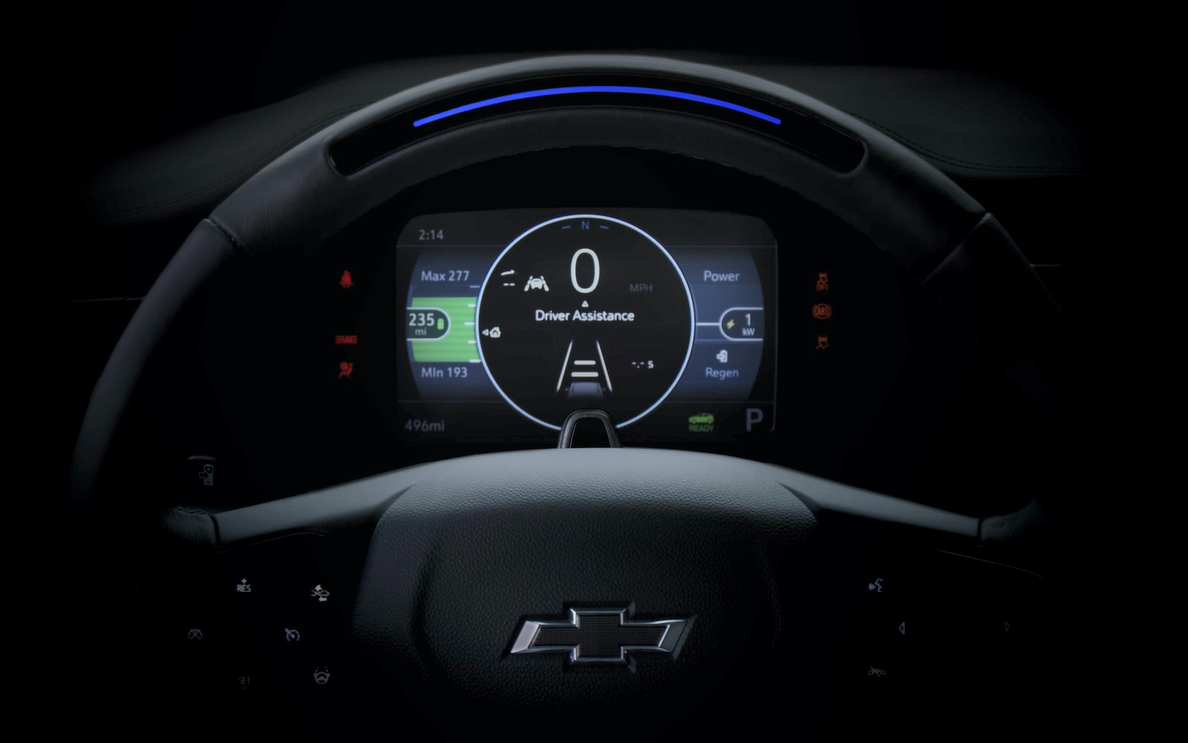 Assuming they keep paying attention, however, Super Cruise allows for hands-free use, albeit only on specially mapped, divided highways in the US and Canada. GM has long said it intends to spread the system across models from its variety of nameplates, but the new Bolt EUV will be the first outside of Cadillac to offer it.

Come February, Chevrolet will show off not only the new Bolt EUV crossover, but the refreshed Bolt EV. They’ll both go into production this summer, the automaker says.

It’s not GM’s only new electric car news from CES this week. Cadillac also got in on the electrification party, with a teaser of its new Celestiq all-electric luxury car. That will feature all-wheel drive using the GM Ultium battery-electric platform, along with four-wheel steering and a cabin that promises to be far more lavish than what we’ve seen in other recent Cadillacs.

The Bolt EUV, however, and the refreshed Bolt EV, won’t actually use Ultium. Instead they’re expected to use the BEV2 electric vehicle platform, developed for small electric vehicles. It’s the same core architecture that underpins the existing Bolt EV, and currently offers up to 259 miles of EPA range in the form of the 2021 version of the car. It’s unclear if that will change significantly with the new, 2022 models.