I’m trying to watch the light bar embedded in the 2021 Cadillac Escalade’s steering wheel, and the side mirror as we glide between lanes, and simultaneously look over my shoulder in case the new, Enhanced Super Cruise system has somehow screwed up and missed a fast-approaching car hurtling toward us as it shows off GM’s latest tech advance. I needn’t have worried: the light bar glows a constant green showing Super Cruise is active, the new radar sensors have mapped out a safe place to maneuver, and the whole thing seems eminently… normal.

There are no self-driving cars for sale today, and there won’t be for some time. What you can buy are advanced driver-assistance technologies which promise to shoulder some of the mental load for things like tedious highway driving. Adaptive cruise control, which can adjust the vehicle’s speed with the traffic, has gone from being an expensive luxury to standard on mass-market models. Taking its premium place are systems like General Motors’ Super Cruise, still not fully autonomous but with, let’s say, broader shoulders than other systems.

Like before, Super Cruise can maintain pace with the traffic ahead of you, hold your position in the center of the lane, and do so without requiring a steadying hand on the steering wheel. It can do that on 200,000+ miles of pre-mapped highway in the US and Canada, though not on urban streets. Unlike rival driver-assistance systems, which rely on either torque or touch sensors to make sure you’re poised with your hand on the wheel to take over should the car prove momentarily incapable, Super Cruise has an attention-tracking camera mounted on the steering column. 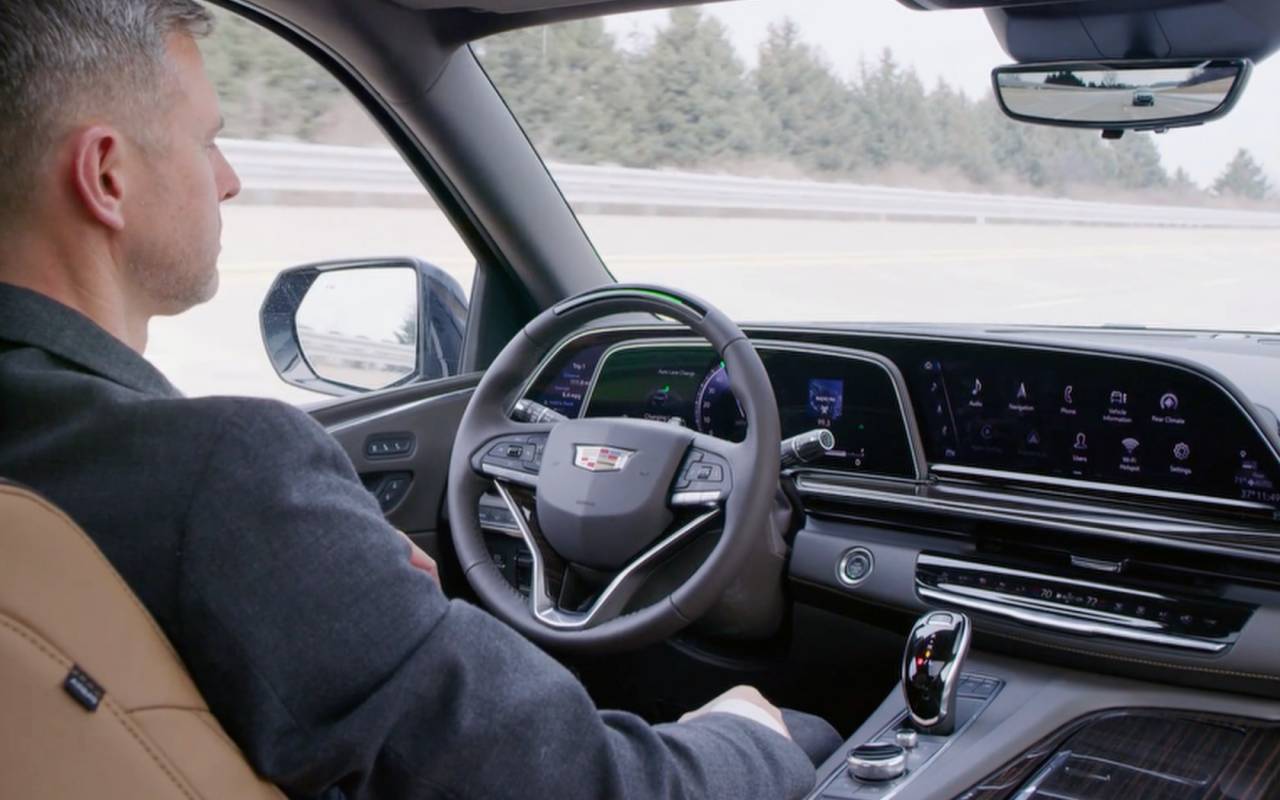 That can figure out where you’re looking, and so knows if you’re giving the highway the attention it deserves. If you’re not, a light bar integrated into the wheel will flash to remind you not to shirk your duties. Continue to ignore it, and Super Cruise can bring the car safely to a halt, summoning emergency services as it does so through the OnStar system.

That’s what Cadillac CT6 owners have been enjoying so far: Enhanced Super Cruise adds in the much-requested automatic lane-change feature. Tap the indicator, and Super Cruise will look out for a safe opportunity to change lane for you, with the system remaining active throughout. Previously, if you switched lanes manually, Super Cruise would deactivate and only resume control when you were back, centered, in the new lane.

It’s one of those things which sounds straightforward. Indeed, both Super Cruise owners and followers of the system have been increasingly vocal in their frustration about its absence. Tesla’s Autopilot can change lanes, as can Mercedes’ DISTRONIC PLUS, along with counterpart systems from a number of other luxury car-makers. How hard could it really be? 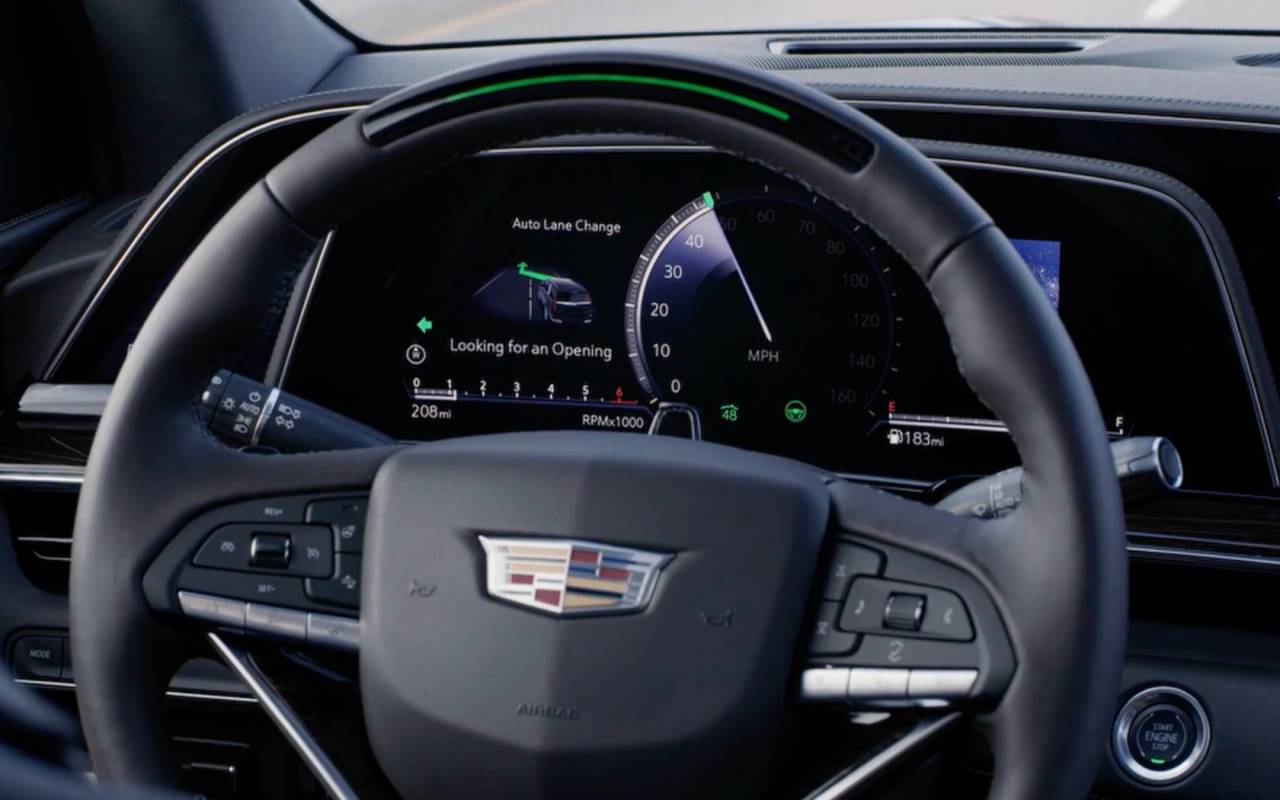 The reality, according to Super Cruise chief engineer Mario Maiorana, is that while making a car change lanes itself is pretty easy, having it do so in a way that feels comfortable to those inside, and respectful for other cars on the highway, is a lot trickier. There are plenty of technical reasons why existing Super Cruise cars haven’t just had lane-changing added as an OTA or dealer update – Enhanced Super Cruise uses new, longer-range radar sensors to track movement in the adjacent lanes, for example, and indeed a whole new electronic vehicle architecture that the CT6 didn’t have – but equally pressing has been the tuning.

For it to feel comfortable, Maiorana explained to me as I rode shotgun in a preproduction 2021 Escalade outfitted with the new Enhanced Super Cruise, it had to feel more like a human was doing it. Not just any human, either, but one who is very, very good at changing lanes. Only that way would driver and passengers alike grow comfortable enough to stop second-guessing the system at work.

The new rear radar sensors aren’t just because the upgrades look good on the spec sheet, for instance. Cadillac uses them to monitor for a safe position in the next lane, something both large enough to suit an Escalade’s not-insubstantial heft, but also that’s not going to be suddenly filled by a fast-approaching vehicle. Enhanced Super Cruise won’t just wait, passively, for that gap to form however. It can also gauge whether to slow down to slot into a space, or even speed up slightly – only a couple of miles per hour more than your current set speed, Maiorana says – to take advantage of an opportunity. 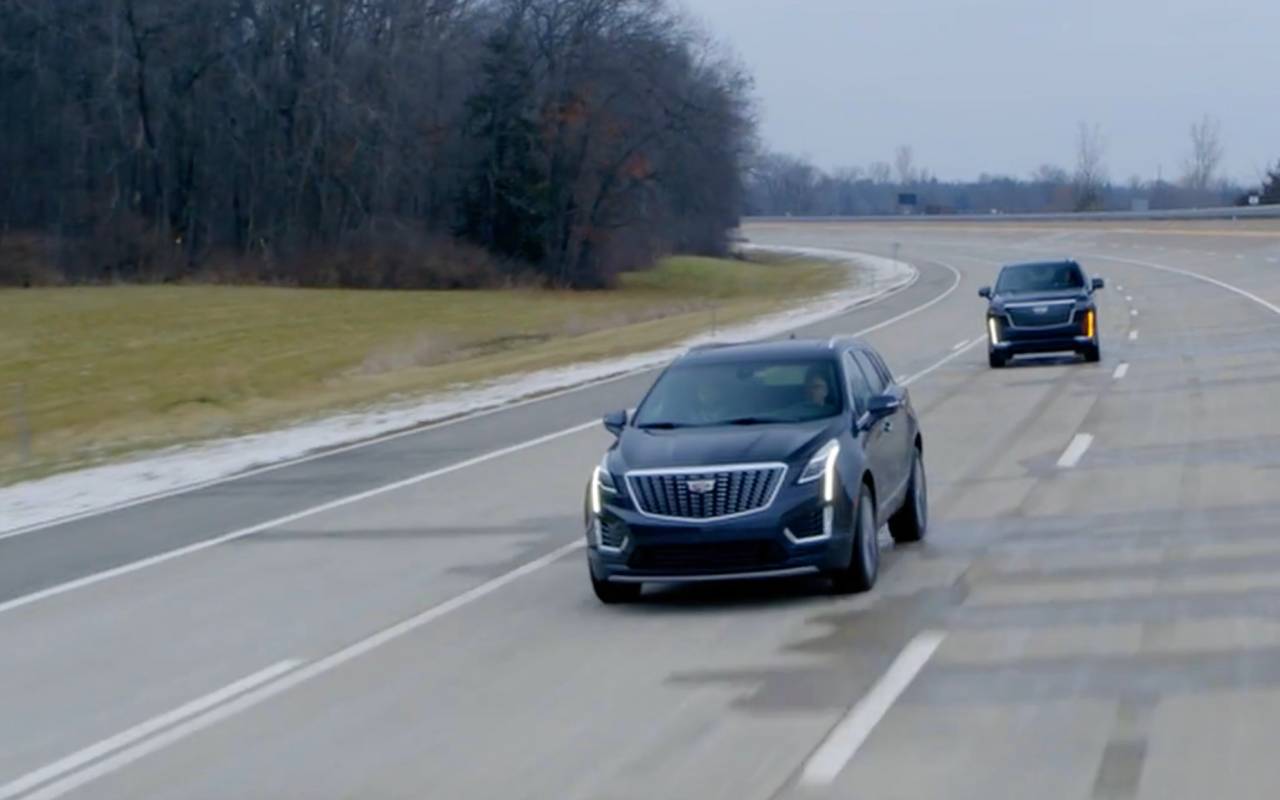 Again, that sounds like simple stuff, but there’s a lot going on to make it work, and to feel natural along the way. Enhanced Super Cruise knows it might need to get a little closer to the vehicle in front in order to move lane successfully, and so it has the flexibility to trim your distance settings in that situation. It accelerates into a faster lane, rather than moving across and only then picking up speed. At the same time, it attempts to avoid the sort of maneuvers that might prompt other drivers to flip you off, like not cutting straight out in front or behind them if there’s time and opportunity for a more leisurely shift.

From the passenger seat, as the new Escalade wove its way through hectic Detroit traffic, the whole thing felt remarkably normal. I’ve driven, and been driven in, my fair share of high-end cars with advanced driver assistance systems; I’m no stranger to tracking my level of comfort as those systems weigh in. Maiorana’s goal of a polished human experience is pretty much exactly it, the type of confidence and refinement you’d expect from a professional chauffeur.

There have been other changes with that aim in mind, too. Super Cruise does a better job of offsetting itself in the lane when you pass something big like a haulage truck, mimicking the human tendency to add a little extra space. Speed changes feel a little more natural, too. It ought to be easier to enable as well: now, you can hit the Super Cruise button to activate it first, then focus on bringing the car into the center of the lane where the auto-steering will take over.

This isn’t autonomous driving. The human at the wheel is still in charge and responsible, Cadillac makes clear, and Enhanced Super Cruise won’t automatically change lanes for you. While Maiorana was tight-lipped on possible new features, he agreed that the Super Cruise team is always looking at new options. It’s not hard to imagine a future iteration of the system that could intelligently move you out of a slower lane into a faster one, when the cruise control speed falls significantly below the level you’ve set it at. 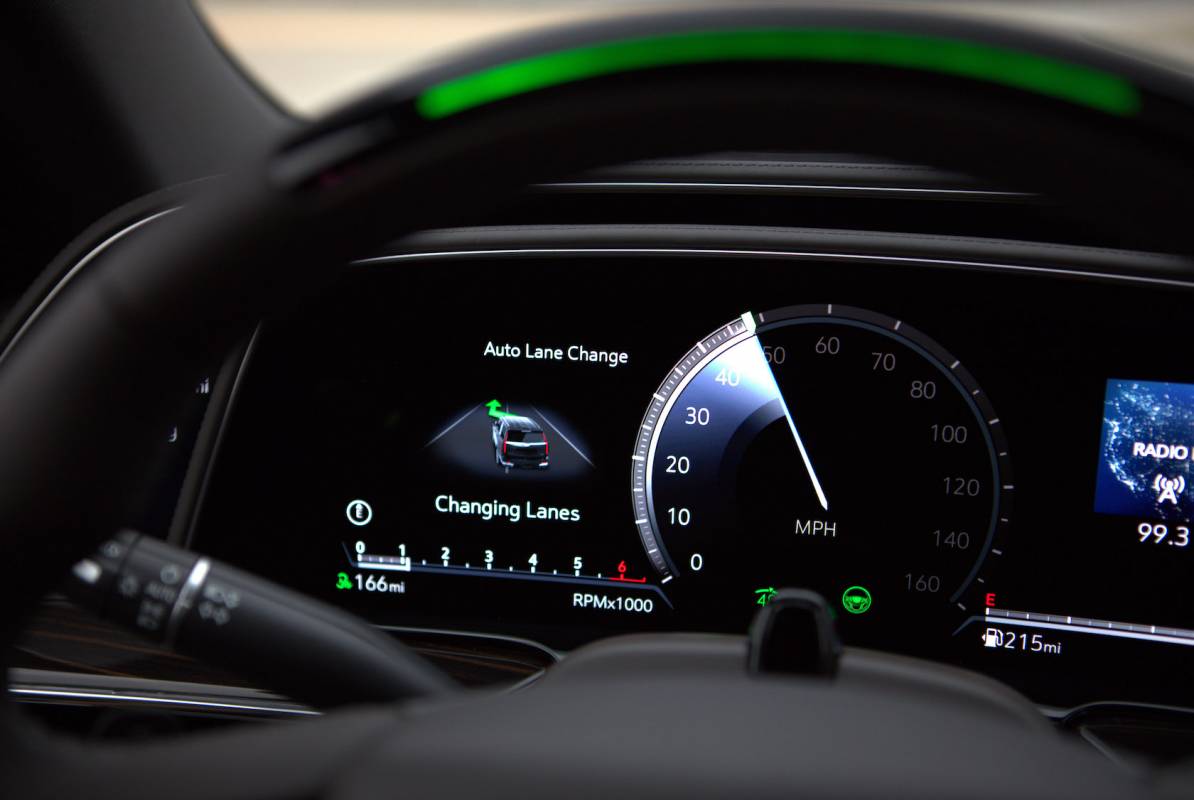 Importantly, the current system has been designed for those future features, whatever they may end up being. One of the frustrations for current Super Cruise users is that the CT6 isn’t compatible with this new, Enhanced version. In contrast, the new vehicle architecture will have much more headroom for updates in the future. Again, Maiorana wouldn’t give specifics, but he did say that while his team may be working on newer features, they’re theoretically compatible with the core digital platform as it is today.

There are still plenty of qualifying factors there, mind. Just because something is compatible, doesn’t mean an automaker will offer it as an update to existing owners. There are the equally important components like sensors to consider, too, which also get upgraded over the lifetime of a vehicle in model year refreshes and such. In short, if you’re going to buy a vehicle with Super Cruise today, do it because you want today’s features rather than what it might do one day down the line.

The good news is that Super Cruise is finally going to be more available. First on the 2021 Escalade and Cadillac’s CT4 and CT5 sedans, but then – with the new Chevrolet Bolt EUV crossover – expand for the first time beyond Cadillac vehicles to other cars under GM’s broader umbrella. Beyond that, the goal is 22 vehicles offering the tech by 2023. We’ll have a full review of what it’s like to actually live with Enhanced Super Cruise soon.