This week at the 2013 New York International Auto Show we’ve had the opportunity to have a hands-on experience with the next-generation Buick Intellilink infotainment system. This system has been revealed as coming with the 2014 LaCrosse as well as the 2014 Regal, both vehicles working with nearly identical implementations of infotainment and media playback throughout. It all begins on an 8-inch touchscreen display that sits front and center of the vehicle, able to be accessed by the driver or the copilot with ease.

Buick’s next-generation IntelliLink infotainment system works with wireless connectivity for your mobile devices, customizable options galore, and an easy-to-use user interface from start to finish. And it’s all builds on a hearty connection of both safety and security with OnStar. If you’re an OnStar user, you’ll be able to access city-by-city weather reports and ultra-simple embedded navigation using their “traditional Blue button” – rather handy.

You’ll be working with connectivity to a selection of apps for music, starting with Pandora. With Pandora you’ll have a collection of custom-built radio stations with new music coming in by the day – you’ll also be working with a set of 60 “favorites”, starting with radio stations outside of Pandora. These stations can be AM, FM, or XM, and you’ll have plenty of space left over to store “favorites” in contacts, destinations, and music from media aside from radio. 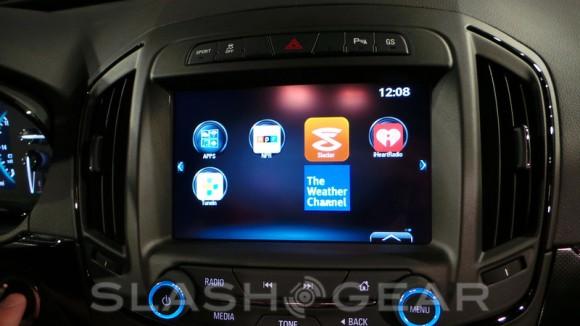 You’ll be able to connect with your media and your apps for control of the many various things IntelliLink works with using your touchscreen or by controlling your system with your voice. IntelliLink employs natural language voice recognition allowing you to control most anything you’d be able to control with your finger. You can enter destinations, browse media, safely place calls, play music, and control a variety of other functions as well. 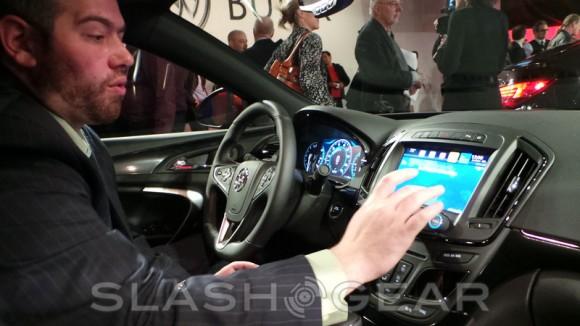 If you’re a fan of using your touchscreen interface, you’ll find the controls to be rather familiar. You can do what Buick calls a “fling” through your lists, swipe up and down, and drag all around – basic control cues you’ll have learned well by now due to your everyday use of your smartphone or tablet devices. You can also control your music, set destinations, and more with IntelliLink’s connection to your smartphone – this done with a USB cord or Bluetooth wirelessly. 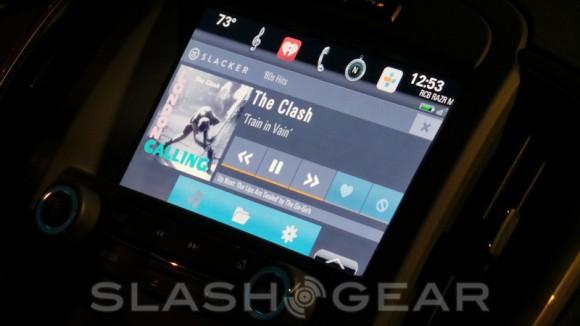 Of course the audio experience you’re going to have with the output this IntelliLink system is controlling depends entirely on the vehicle you’re driving. With the 2014 Buick Regal you’ll be working with a new nine-speaker Bose sound system including “strategically placed” tweeters and a fabulous subwoofer – you’ve got an acoustically optimized interior as well. With the 2014 Buick LaCrosse you’ve got seven standard speakers including the, again, “strategically placed” tweeters as well as a subwoofer all coming together to complement a quiet, acoustically optimized interior – with optional 11-speaker Bose Centerpoint Surround Sound being available as well!

Have a peek at our Buick tag portal for more information on the IntelliLink system as it appears in more vehicles through the future, and don’t forget to check the rest of our Car Hub for auto action from here until forever!