Electric performance car company Rimac is taking control of Bugatti, with a new Bugatti Rimac hypercar company being spun out for the legendary brand. Porsche will hold a minority stake in the new joint venture, while Rimac’s EV drivetrain and battery division will be hewn off into an independent business that will work with other automakers.

Indeed, the new structure is getting fairly complicated, given Rimac’s existing ownership structure. Porsche already held a minority stake in Rimac, in fact, along with Hyundai and other investors. 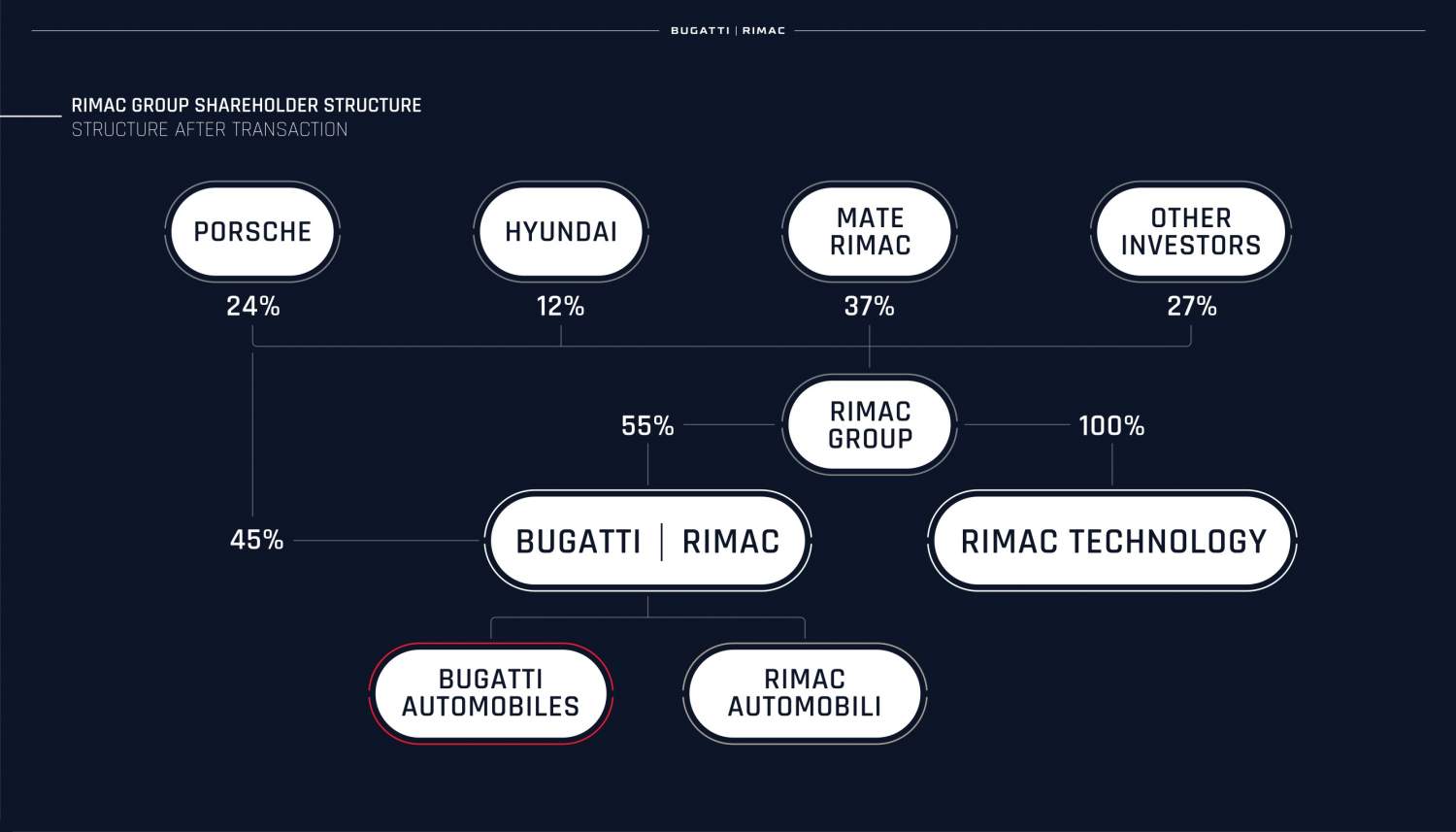 Bugatti Rimac will consist of two separate, respective brands: Bugatti, with its production continuing in Molsheim, France; and Rimac, with its current facility on the outskirts of Zagreb, Croatia. They’ll operate independently, but “in time,” the automakers say, Bugatti Rimac’s global headquarters will be positioned at the Rimac Campus that will also serve as the home of Rimac Technology.

Before that can happen, though, the campus actually needs to be built. That’s expected to happen by 2023, at which point the 100,000 square-meter facility will be the home of research & development for future Rimac and Bugatti models.

It’s a huge step for Bugatti, though rumors of a shake-up have been circulating for some time. Currently owned by Volkswagen Group, Bugatti’s shares will be transferred to Porsche and then into the joint company with Rimac. The deal is expected to close in Q4 2021, assuming antitrust and regulatory approval. 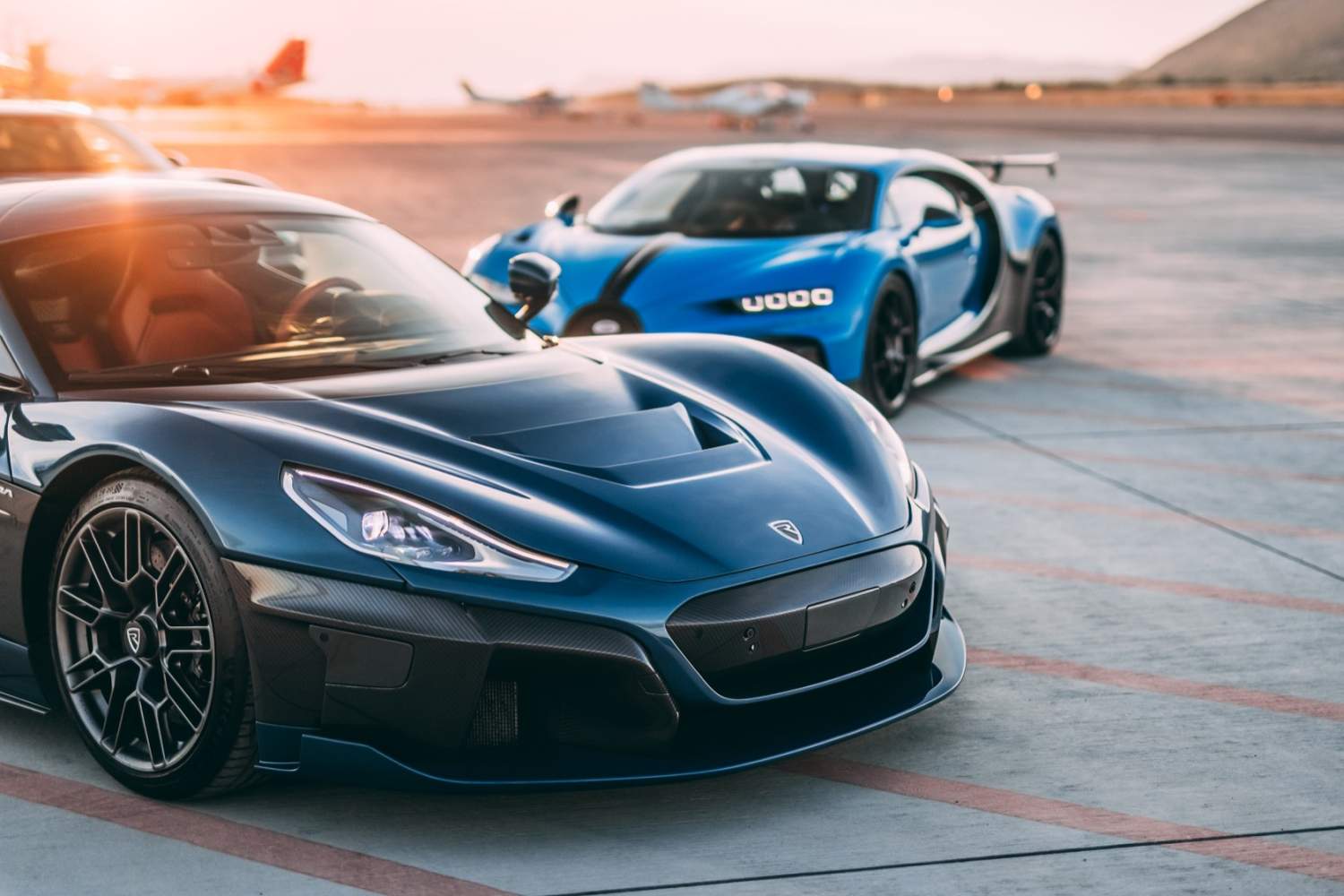 “Bugatti is a strong contributor to Bugatti Rimac, bringing in all of its know-how in manufacture and craftsmanship, carbon fiber and other lightweight materials, small series production, as well as an unique and experienced network of worldwide dealership partners,” the automakers said today in a statement. “Rimac Automobili on the other hand has established itself as an industry pioneer in electric technologies, both as a technology supplier as well as an electric hypercar manufacturer with recent the launch of the new Rimac Nevera.”

Neither automaker is likely to see a huge uptick in production numbers, though the shared technology base could accelerate things like the first Bugatti EV. The automaker is known for its big-engine hypercars such as the Chiron, though execs at the firm have been talking about electrification for some time now. Rimac’s technology there – including high-performance batteries and electric motors – could be instrumental in delivering not only the speed that Bugatti buyers would expect, but the flexibility in charging and range that the automaker has said before are primary concerns before wading into the EV space.