Rimac Nevera is a 1,914hp all-electric hypercar with a wild $2.4m price

Rimac has revealed its latest all-electric hypercar, with the Nevera taking the C_Two concept and turning it into a $2.4 million rocket for the road. It’s been three years and a whole lot of work – and promises – to evolve the original concept car into something Rimac says is ready for production, but the Nevera already looks like something mighty special.

For a start there’s 1,914 horsepower, and a potential top speed of 258 mph. The Nevera uses Rimac’s own design of electric motor and battery packs, with four motors – one for each wheel – delivering true torque vectoring. 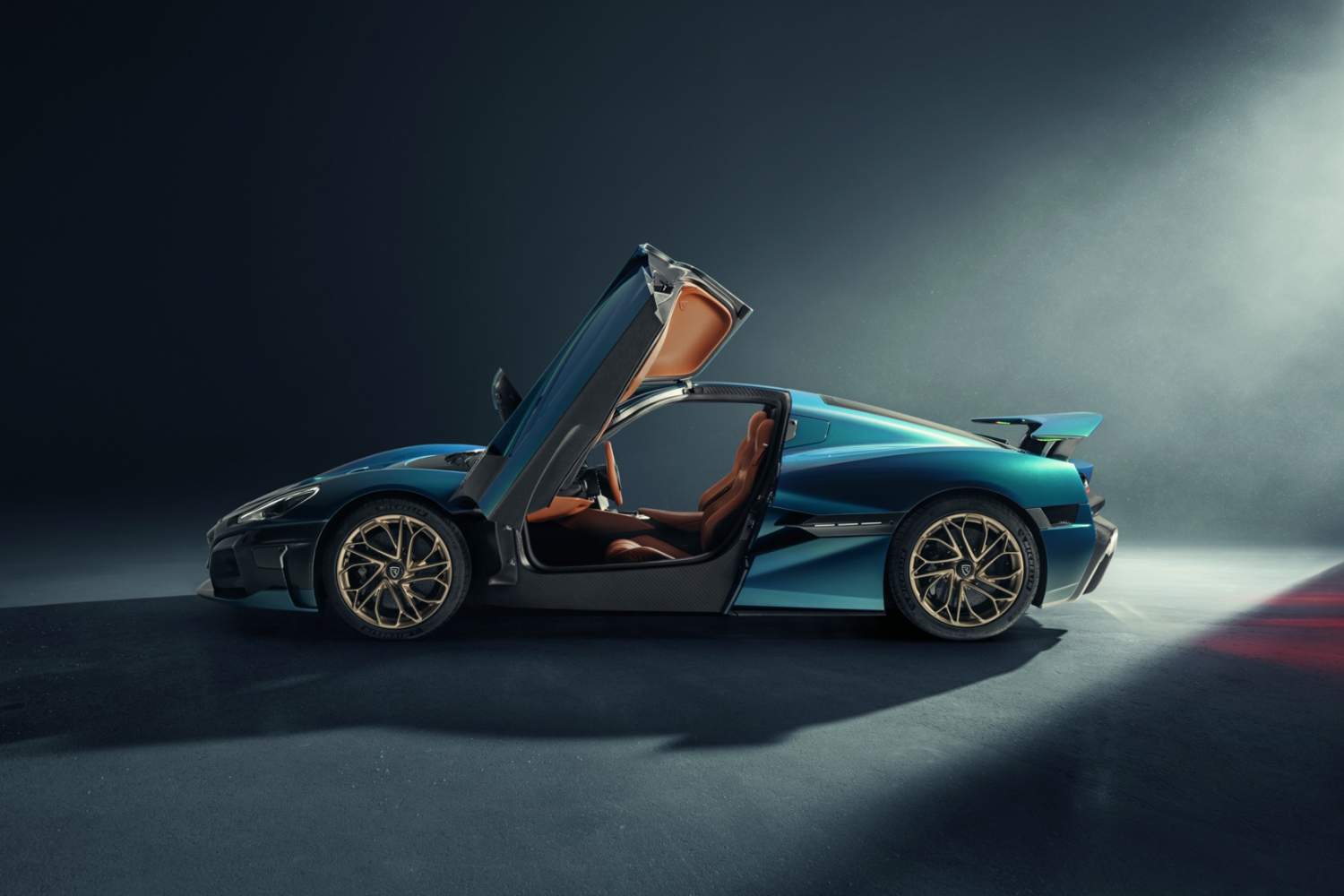 Gone is the C_Two concept badge, replaced by a name of Croatian heritage. “Nevera” is an unexpected lightning storm, infamous for hitting the Mediterranean with a sudden, explosive show of power. Funnily enough, that describes the Nevera car fairly well, too.

The core of the hypercar is the new monocoque, with a bonded carbon roof, rear carbon subframe, and integrated battery pack that turns the cells into part of the EV’s own structure. It’s the largest single carbon fiber piece in the auto industry, Rimac says, and yet weighs under 441 pounds. Torsional stability, though, is “the most rigid structure of any car ever made,” Rimac boasts. 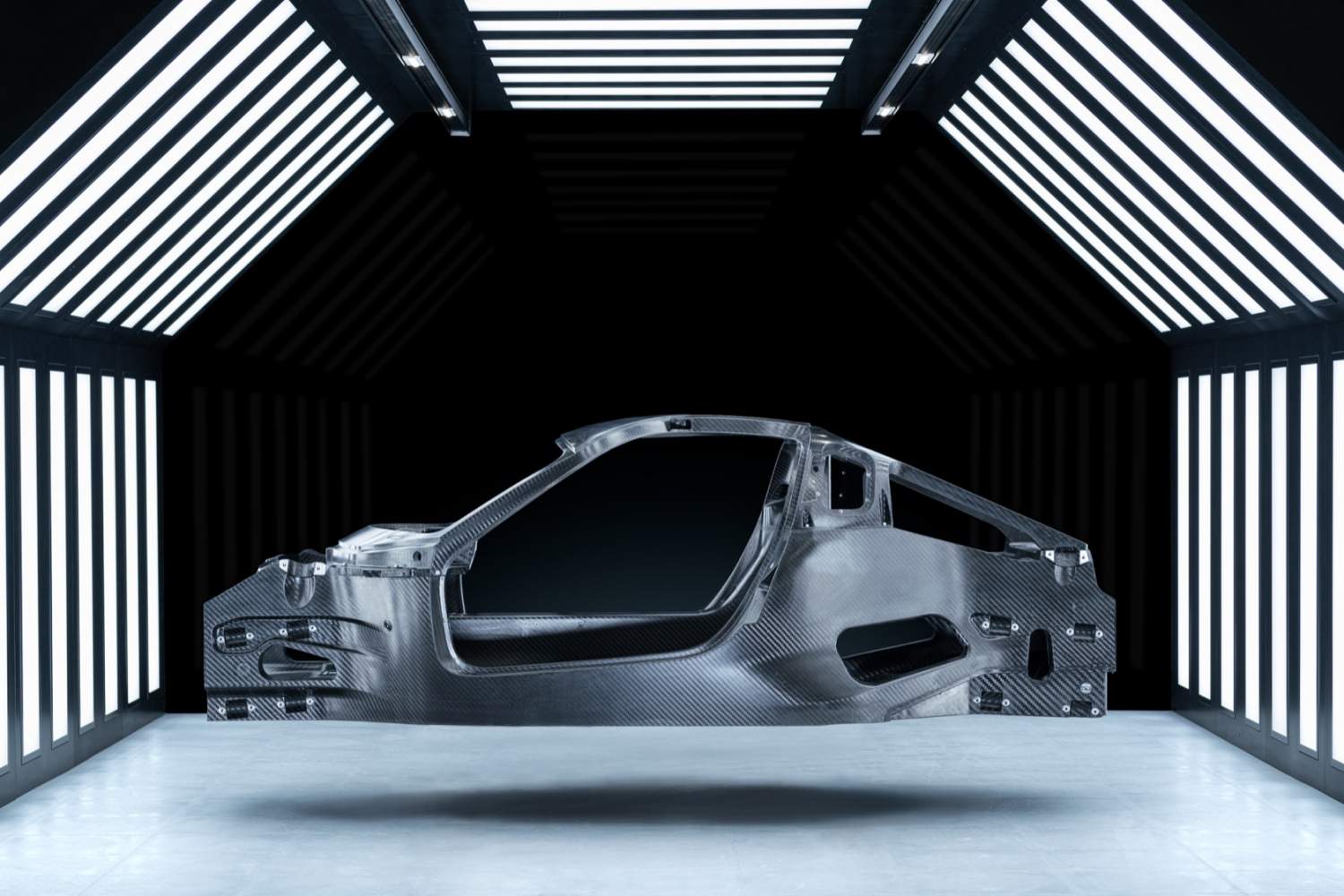 To that, Rimac adds a 120 kWh battery, made up to 6,960 cells. It delivers 1.4 MW thanks to its lithium/manganese/nickel construction, while the battery itself contributes 37-percent of the overall monocoque structure. New cooling systems help deliver more consistent power over longer periods, and Rimac says it’s expecting the Nevera to do 342 miles on the WLTP test cycle. 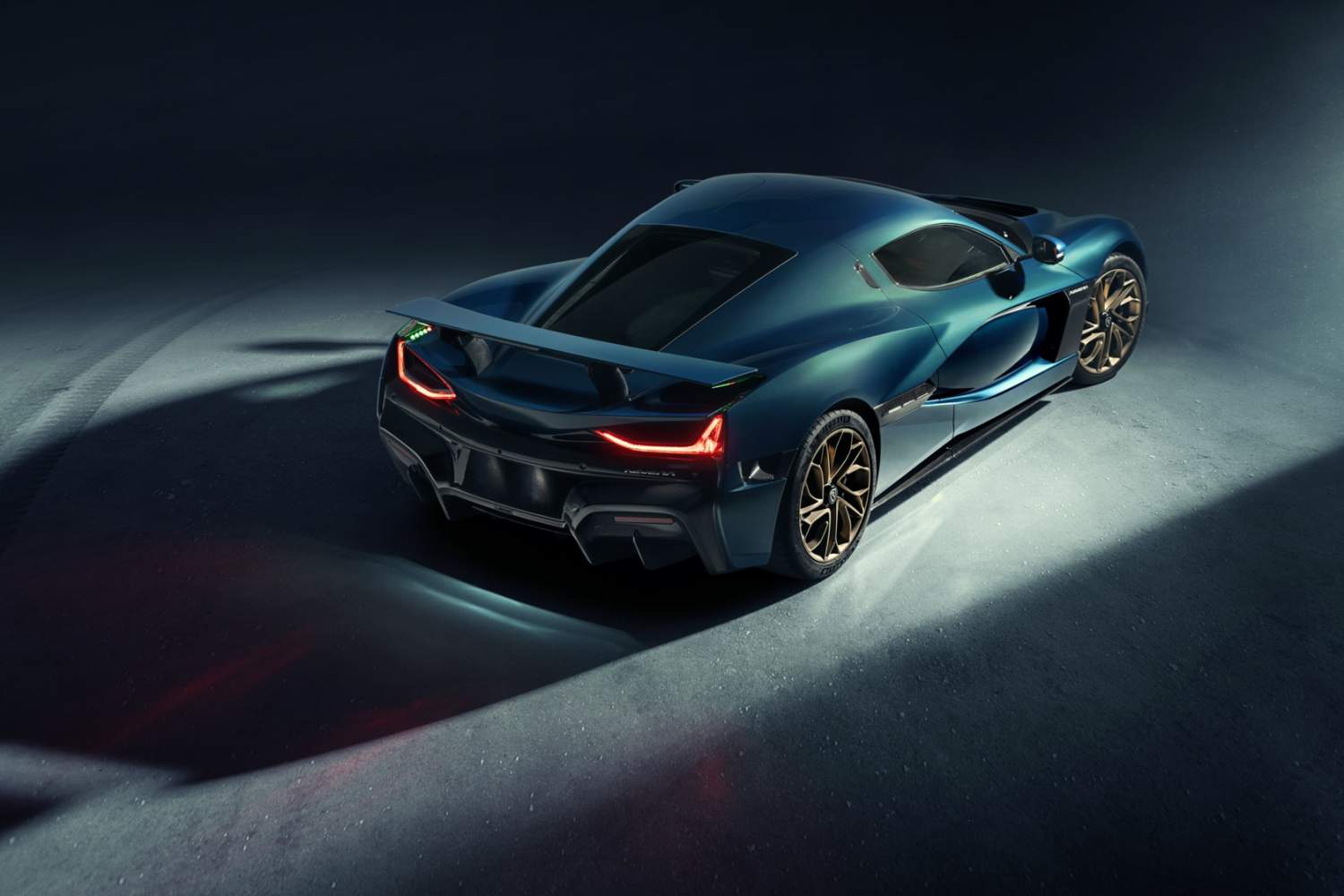 As for the custom surface-mounted permanent magnet motors, they’re 97-percent efficient, Rimac boasts, and should never require maintenance. Along with the 1,914 hp, they’re apparently good for 1,741 lb-ft of torque. The front and rear wheel sets each get a single-speed gearbox. 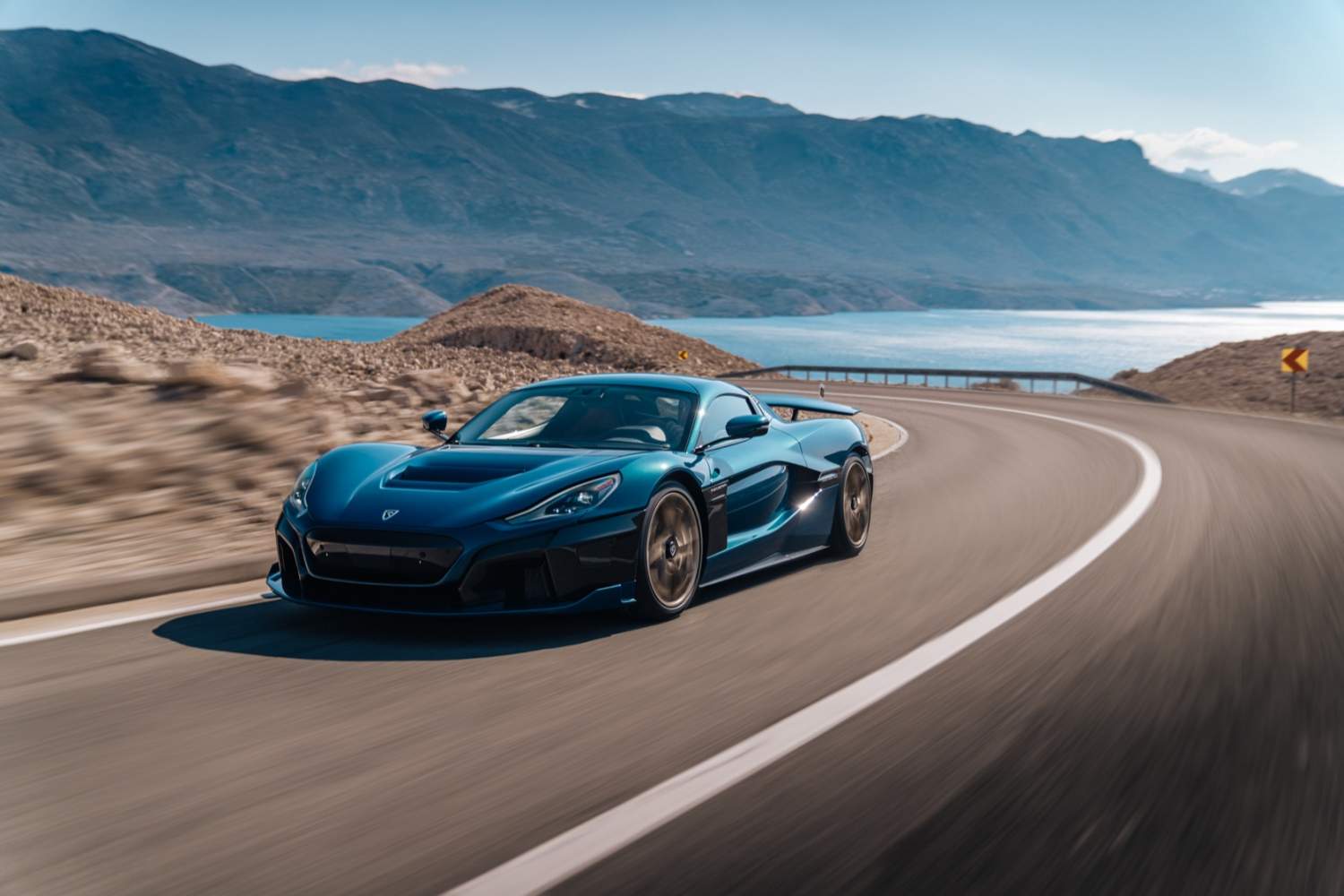 Straight-line speed isn’t the only part, though. With true torque vectoring – which Rimac calls R-AWTV 2, or Rimac All-Wheel Torque Vectoring 2 – the Nevera can control exact power levels for each wheel. Depending on drive mode that can mean steadfast AWD in snow and ice, or sideways drifting on a track. Electro-hydraulic brake boosters amplify the pressure from your right foot, with the Nevera’s systems blending up to 300 kW of regenerative braking with the more traditional force of 390 mm Brembo CCMR carbon-ceramic brake discs and six-piston calipers. 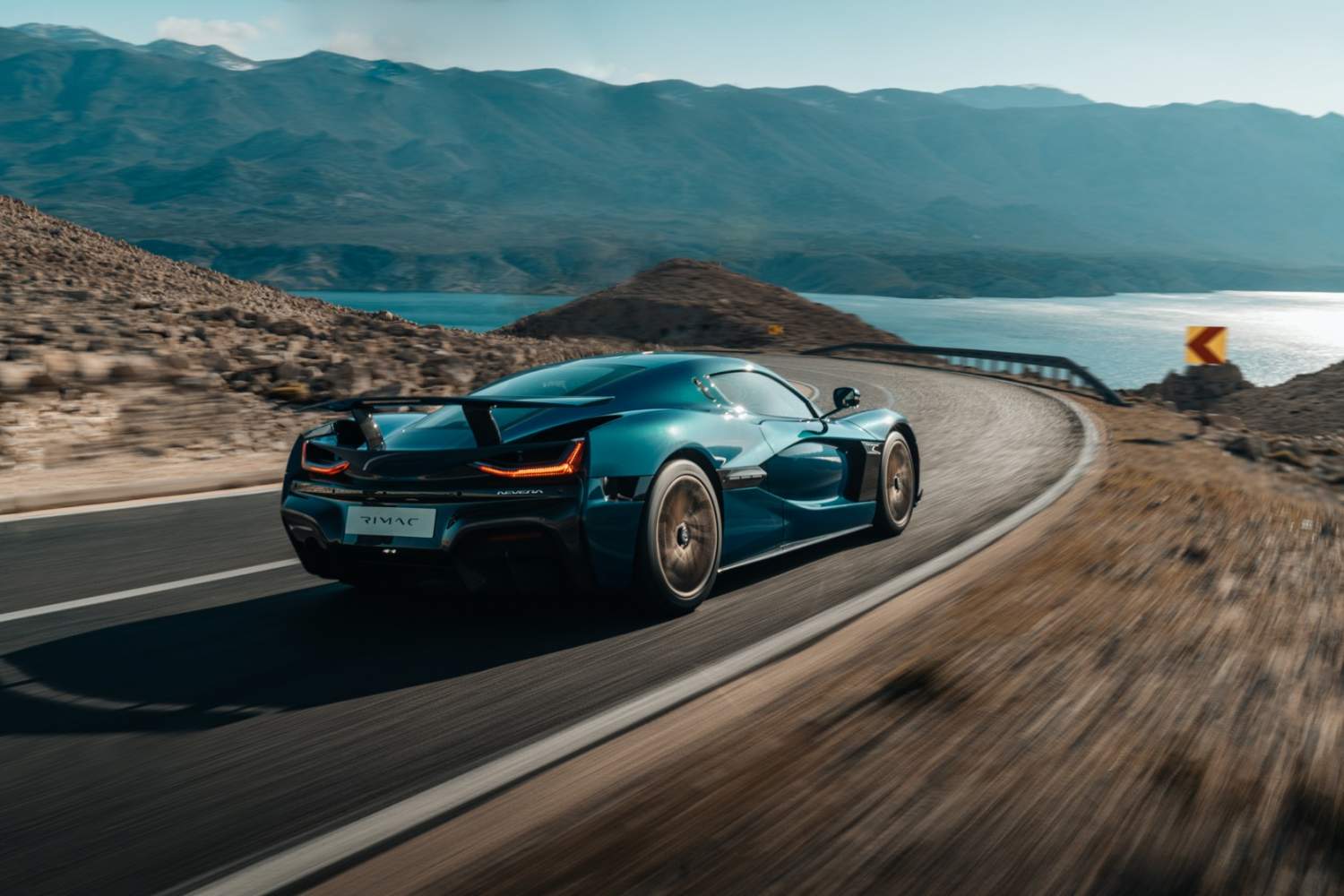 The drive modes also adjust the electronically controlled dampers on the double wishbone suspension, together with the active ride height adjustment. There’s steer-by-wire, too. Five modes are on offer: Sport, Drift, Comfort, Range, and Track, and two Custom modes allow for driver presets to be saved. 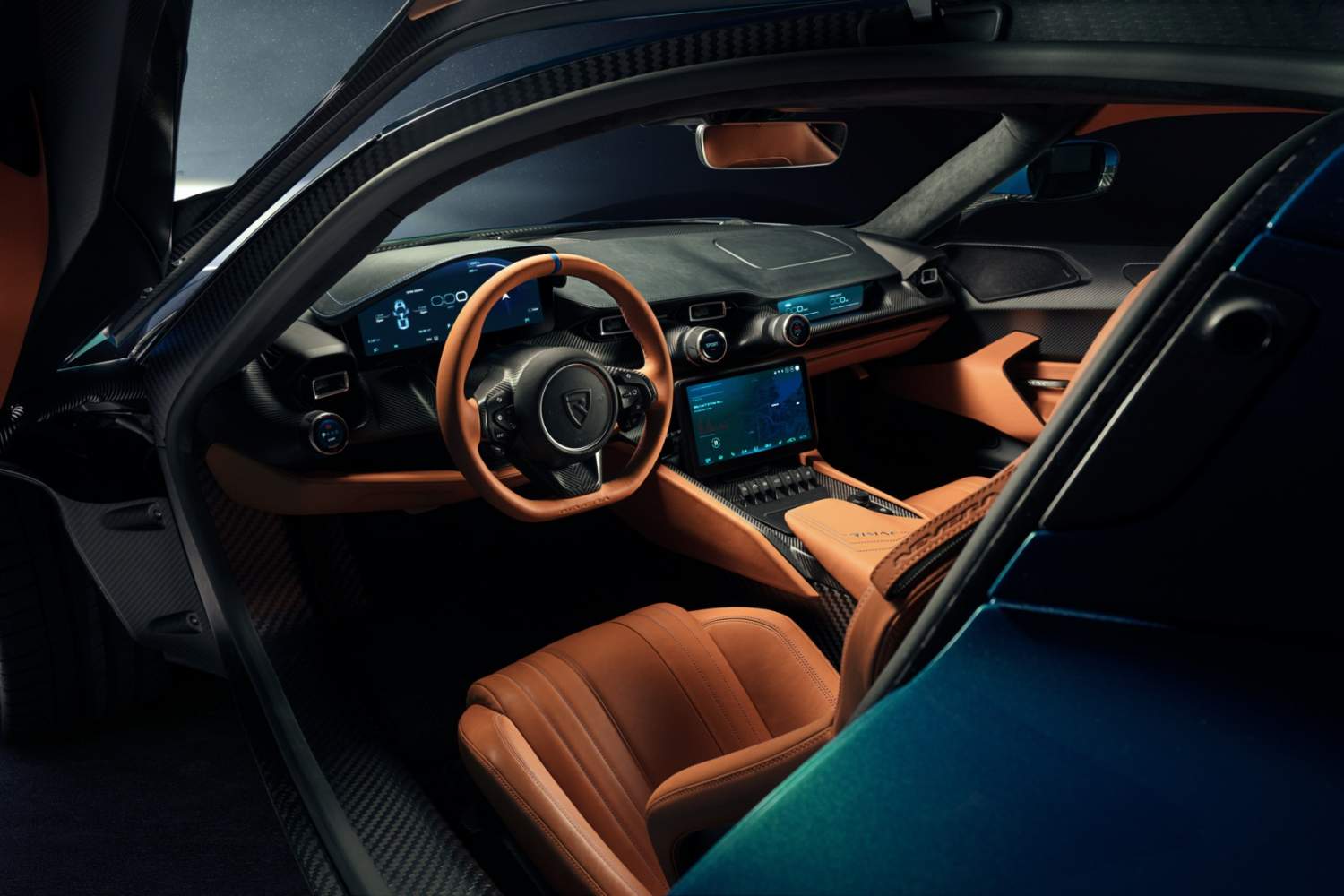 What’s particularly unusual is the Nevera AI Driver Coach. Expected to be added in an OTA update in 2022, that uses sensors more commonly associated with advanced driver assistance systems (ADAS) – including 12 ultrasonic sensors, 13 cameras, and 6 radars, all feeding into a NVIDIA Pegasus computer – to figure out the best possible line, including brake and acceleration points, for a track, with the coaching system helping guide the driver to get the best out of the car. 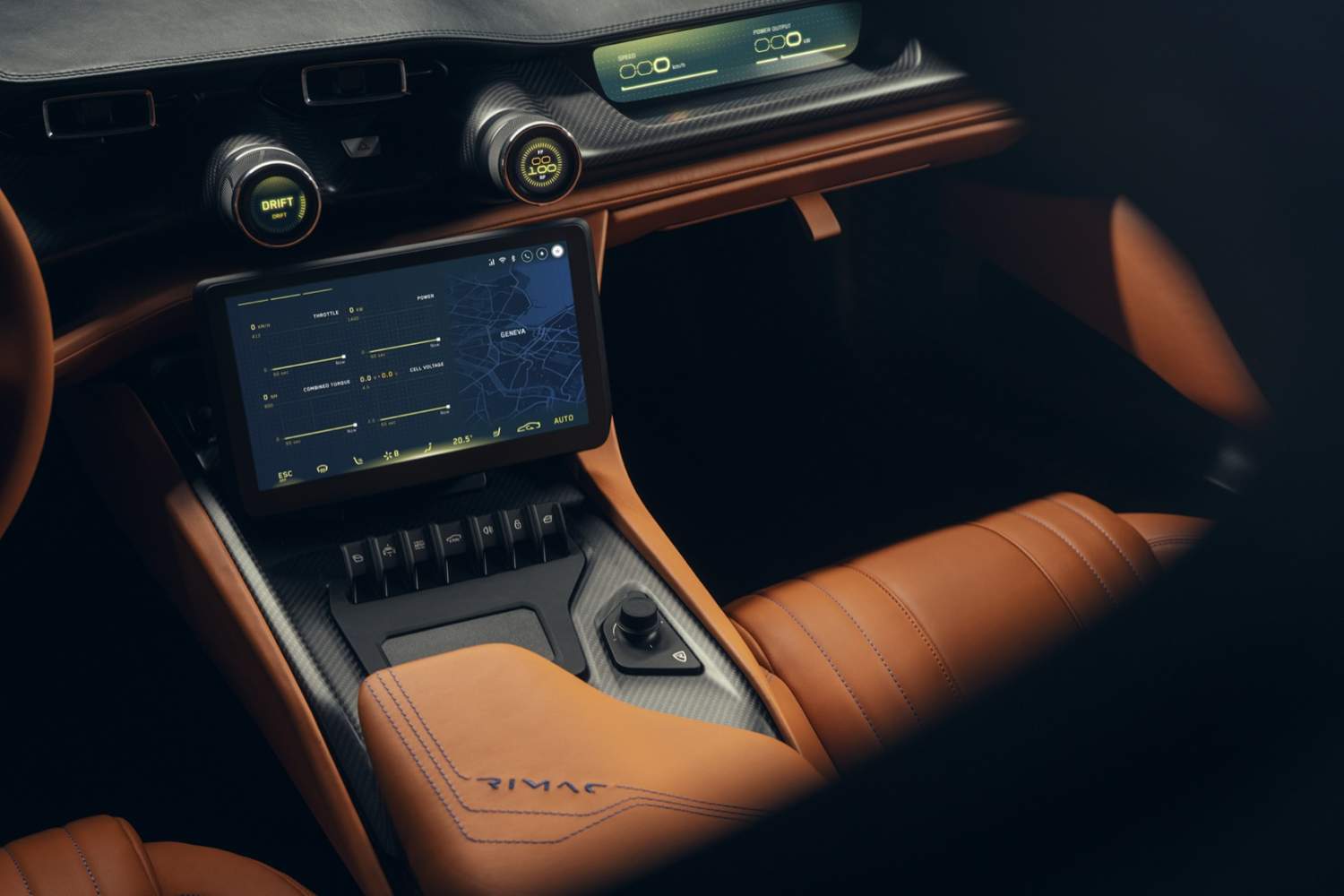 Inside the Nevera, there’s space for two and their luggage. A sizable touchscreen occupies the center console, with aluminum rotary controls and switches around it; more displays show driver data. Onboard data logging supports exporting driving performance to Rimac’s smartphone and desktop apps. 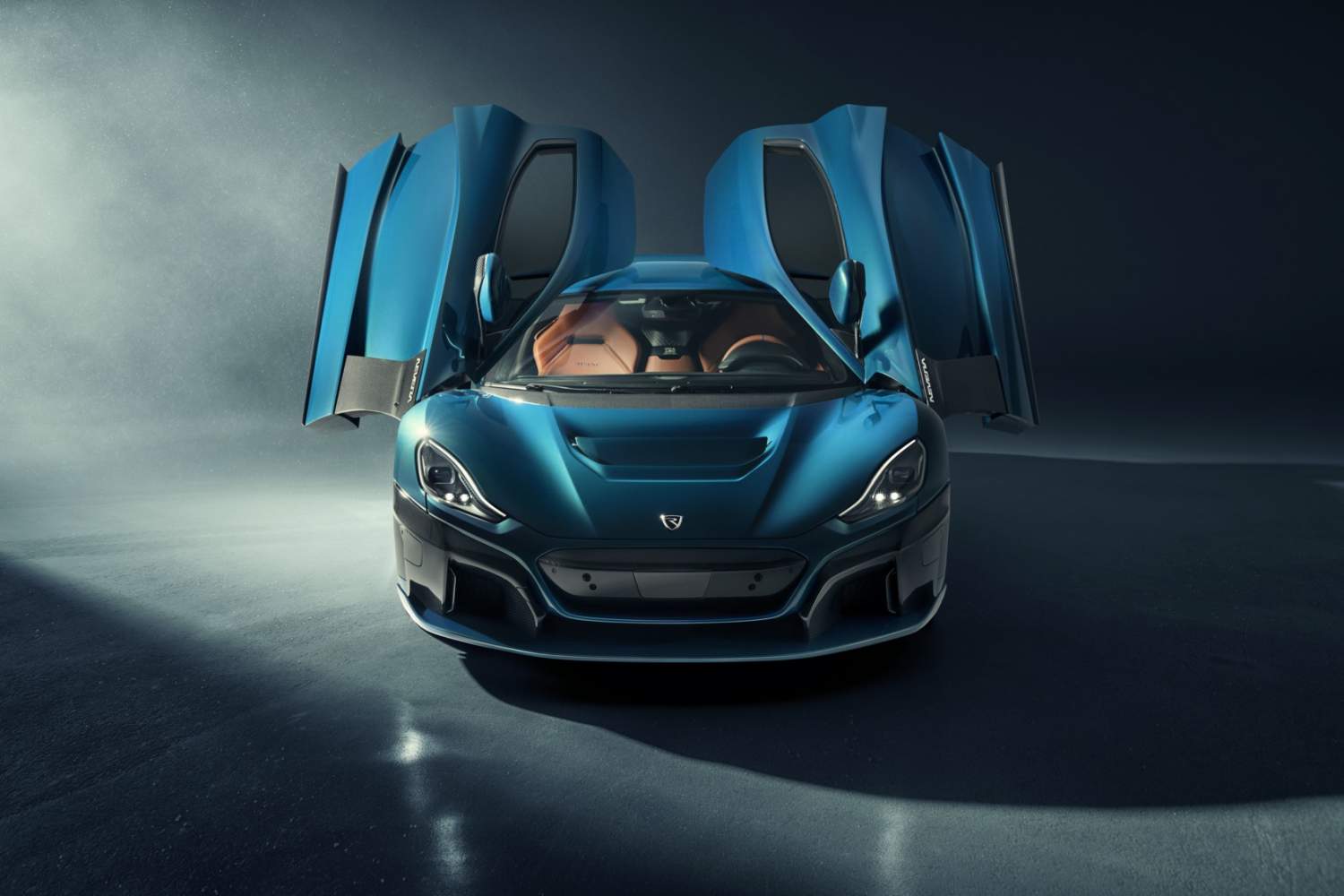 Only 150 of the Nevera will actually be produced, Rimac says, built at its facility in Croatia. Each model will be personally tested and signed off by company founder Mate Rimac.