Boba Fett ship name change got you down? Check the past

As noted by Brickset, they and Jedi News recently had a chat with Jens Kronvold Frederiksen and Michael Lee Stockwell from LEGO and the LEGO Star Wars design team. Per said interview, Frederiksen revealed that the next set would be from The Mandalorian,” and called “Boba Fett’s Starship.” 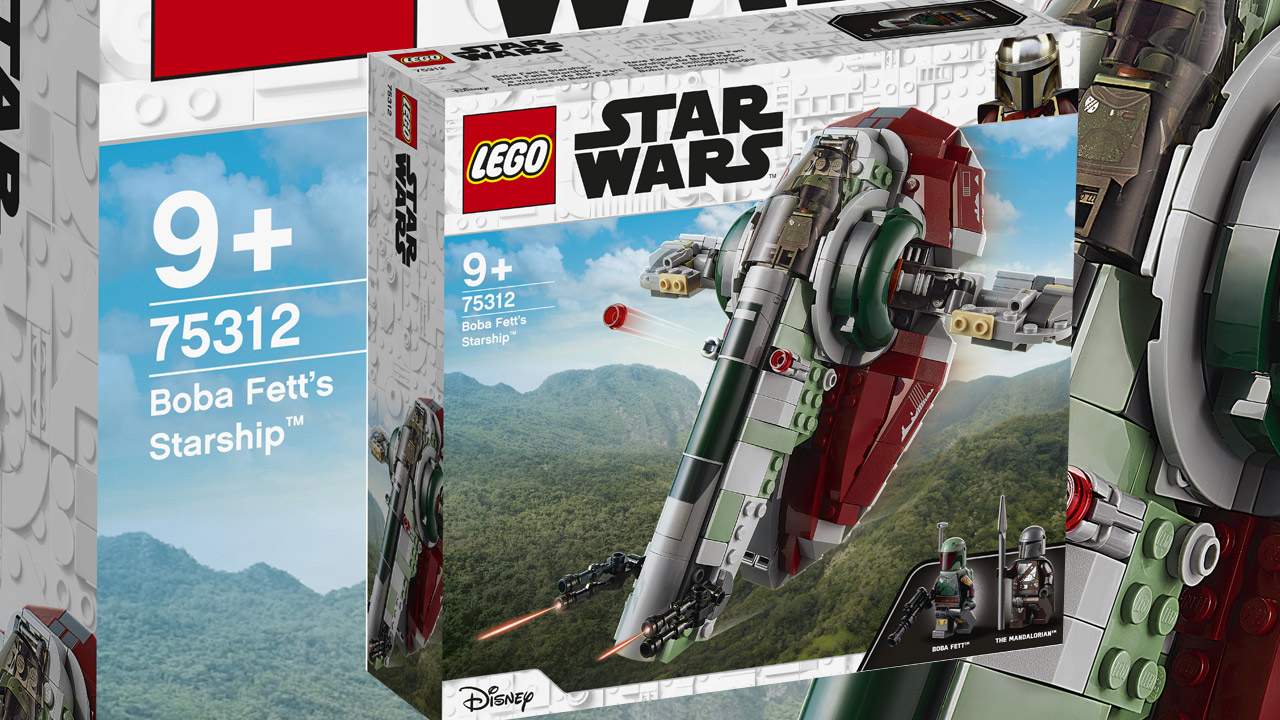 Jedi News’ James Burns asked “why are we dropping the Slave I name?”

“Everybody is,” Frederiksen replied, saying “It’s probably not something which has been announced publicly but it is just something that Disney doesn’t want to use any more.”

This is far and away NOT the first time this sort of “name change” has happened. It’s not as if Disney wants to erase all record of the name Slave I being used for this ship – it’s there, it’s not going anywhere. As of this morning it was still up on Star Wars dot com as SLAVE I. It’s still being published in books and magazines as Slave I, and it’ll probably still be called Slave I in official stories and such through the future.

It’s the name as a toy that’s changed. This is not the first time this has happened.

First – and likely most recently – the character called “Slave Leia” had a name change in around May of the year 2016. It was first “rumored” in November of 2015 that Disney was considering changing the name “Slave Leia” in official merchandising. The Black Series Star Wars figure “Princess Leia (Slave Outfit)” launched in 2013 was likely the last Star Wars action figure with the word “slave” on it. 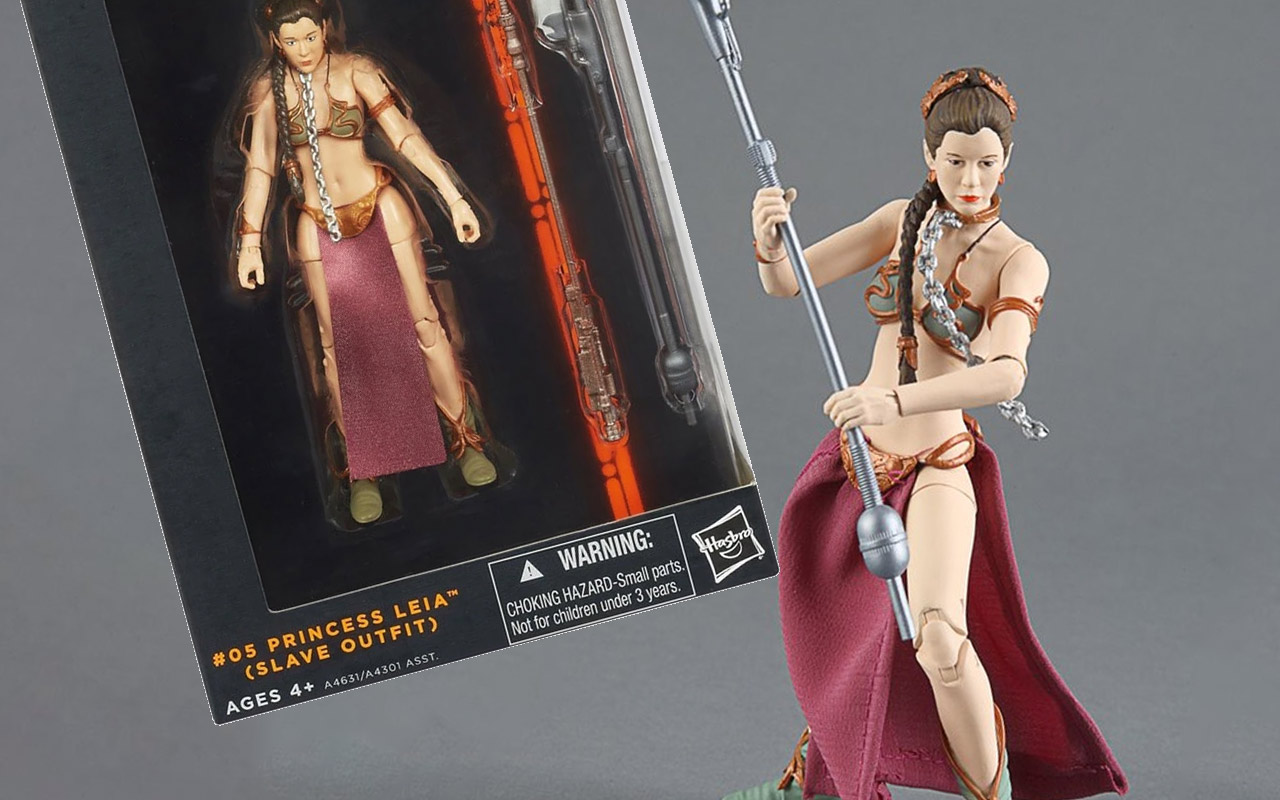 Leia was given a more appropriate name in the book Star Wars: Bloodlines. In said book, it was made canonical history that Leia’s murder of Jabba was captured on video. Said video was shared among Nikto, many of whom were previously under the thumb of Jabba. They saw Leia as a hero, and gave her the name Huttslayer!

If we take a peek at the original Star Wars action figures, we see a characters – in their boxes, ready for store shelves – we see some names we do not use anymore. Take for example Walrus Man. This oddity was later named Ponda Baba – there is no new official Walrus Man action figure because that name doesn’t make sense for this character anymore. 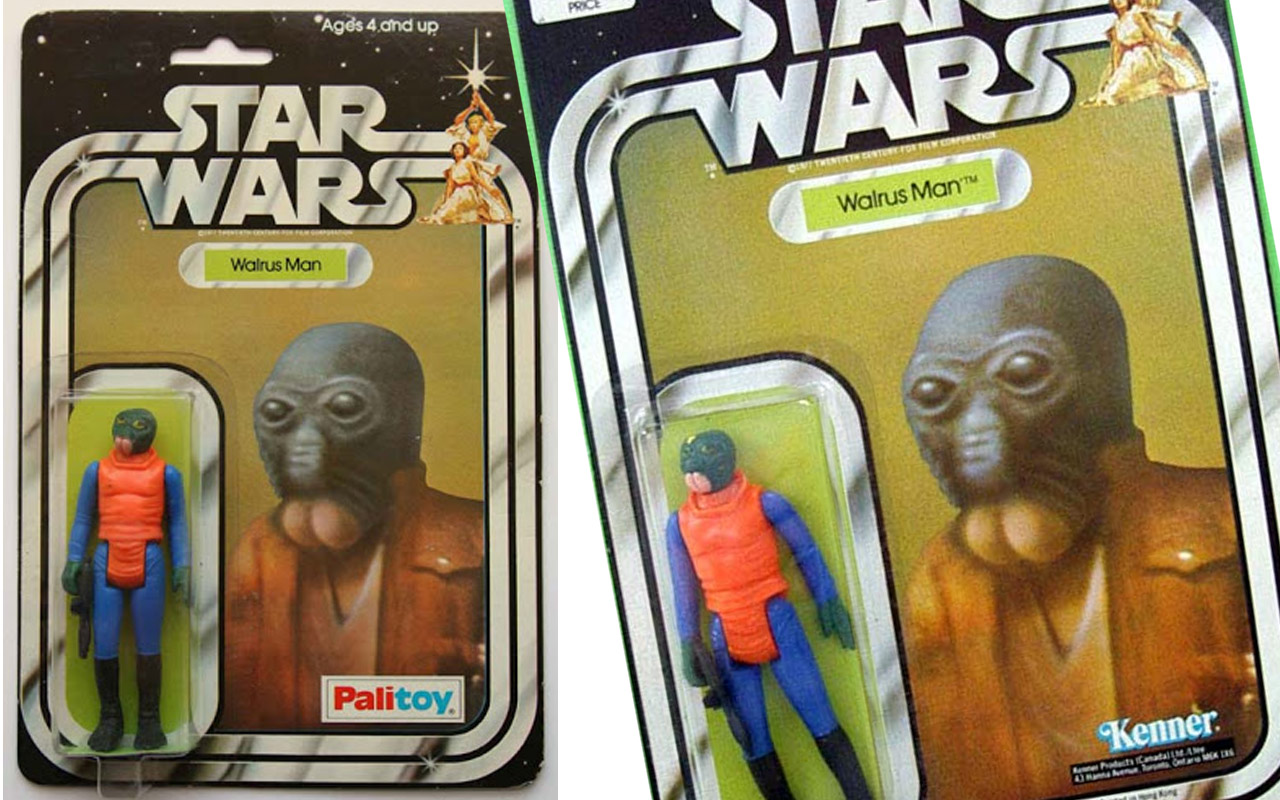 Next, take a peek at the original packaging for bounty hunters 4-LOM and Zuckuss. They’re backward. Either their names were changed after the action figures were released, or someone keyed the wrong name on the wrong package in the first place. 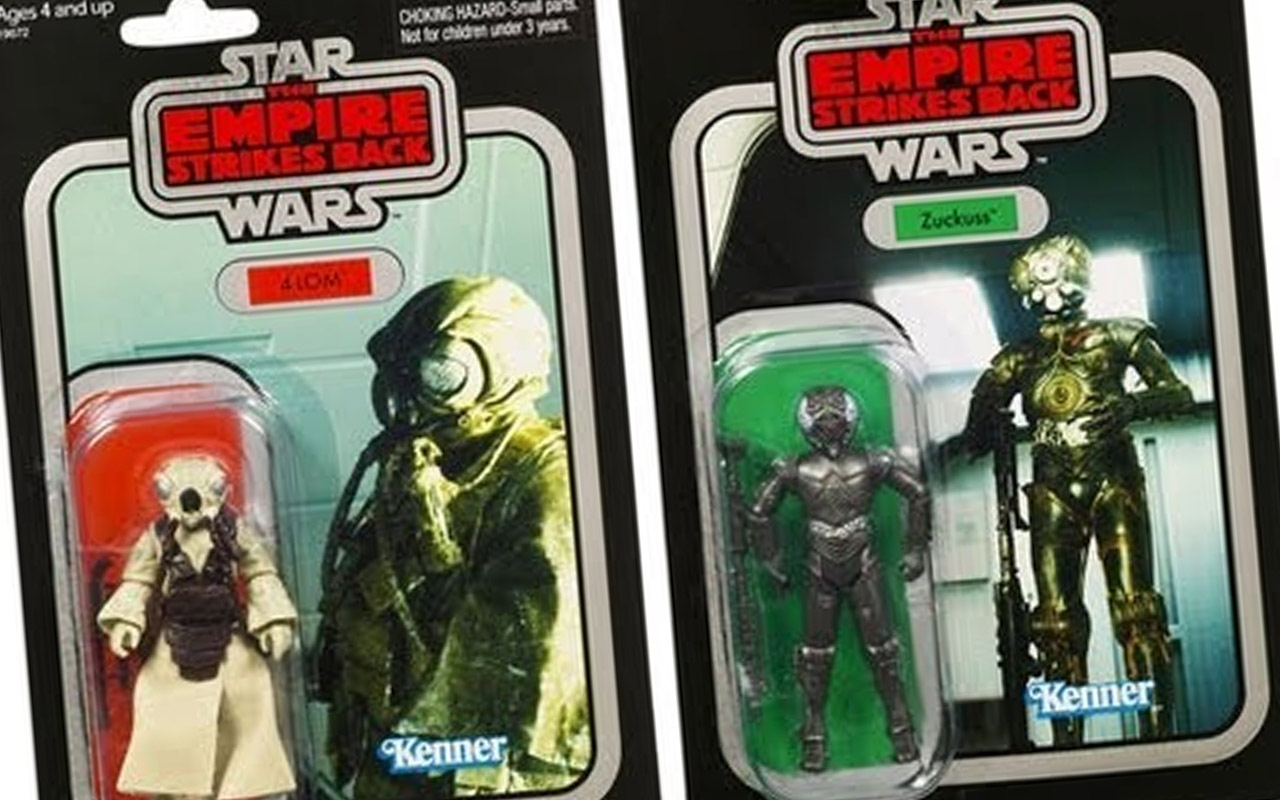 Next, take a peek at this action figure released by Hasbro before the movie Star Wars: The Force Awakens was first released. This was part of the first push – the massive toy and merchandise drop for the movie. 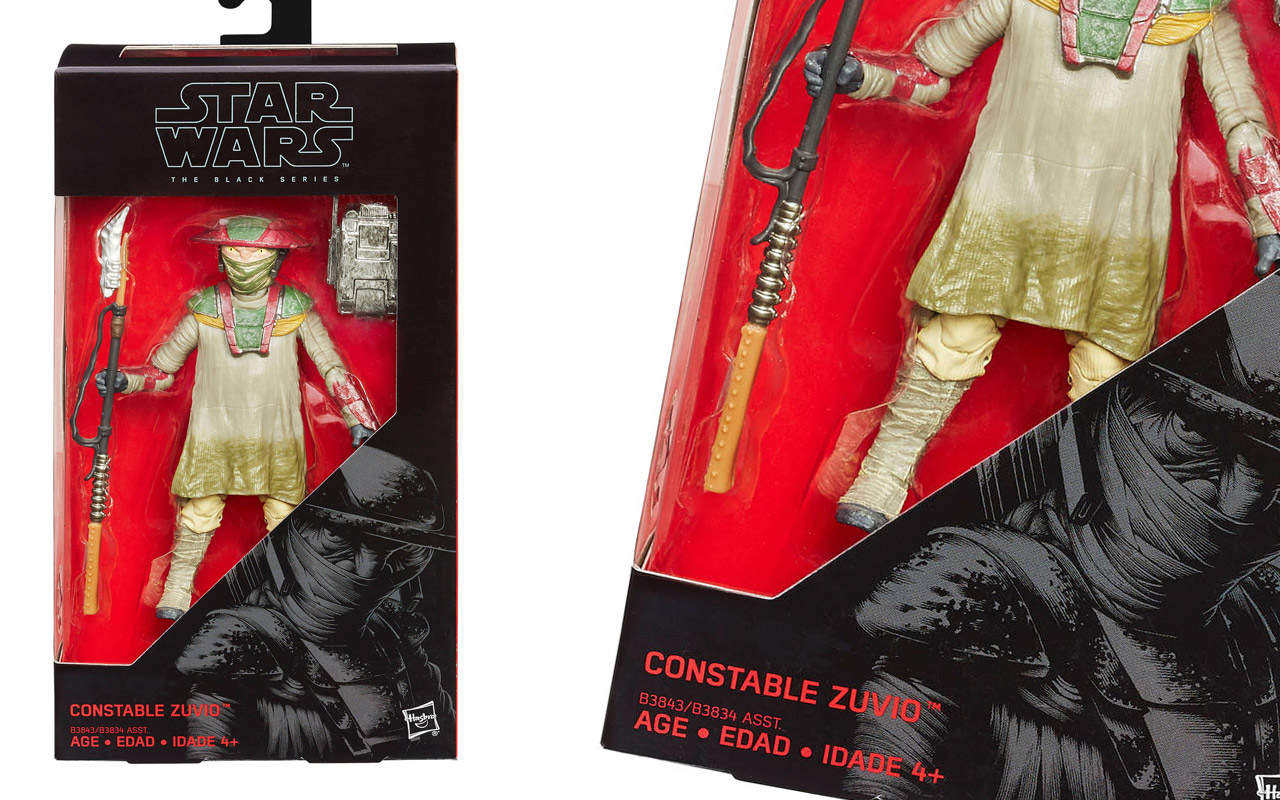 Constable Zuvio appeared in a short story about the goings-on in and around the settlement where Rey lives on Jakku. Do you recognize Zuvio from The Force Awakens? Probably not – a scene was filmed with this guy in it, but ultimately cut from the final film. 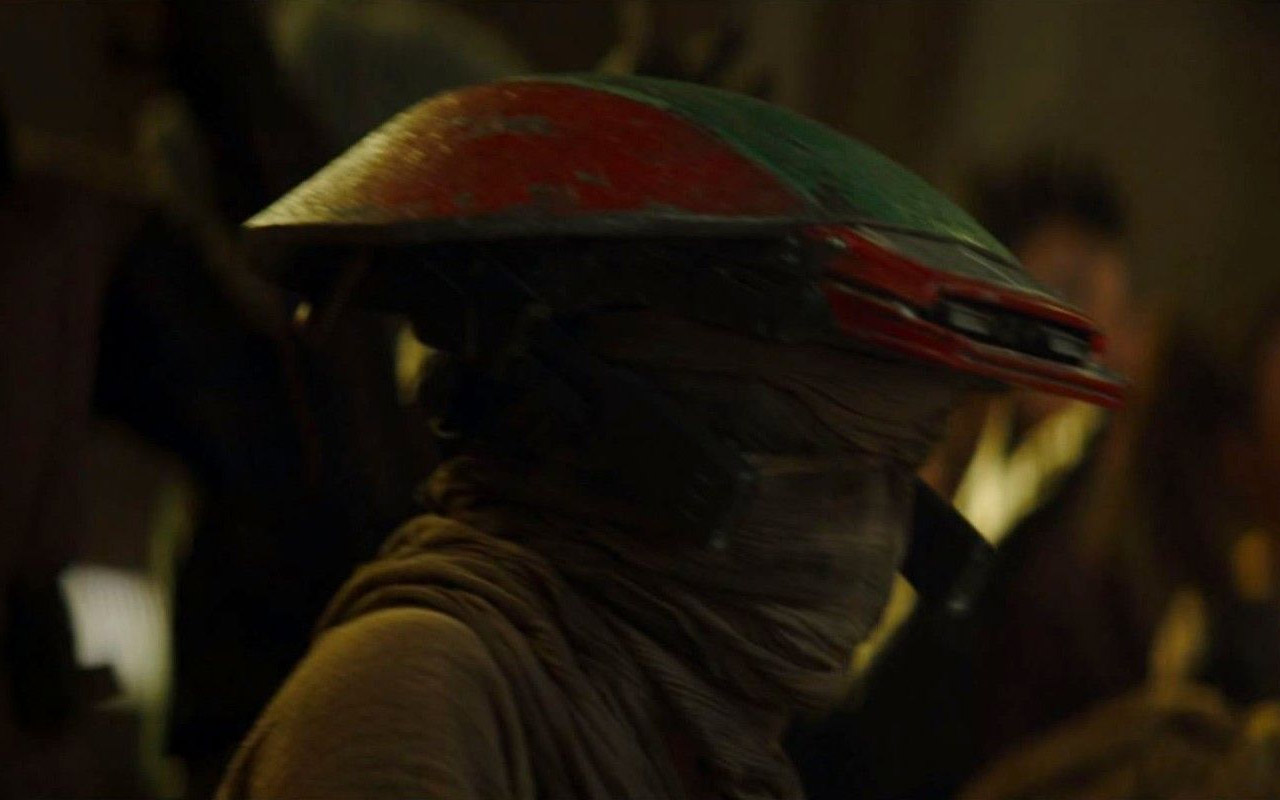 Zuvio was later given another lease on life as he appears (or a character strikingly similar to him appears) in at least one episode of Star Wars: The Mandalorian. Watch The Mandalorian Season 2, Episode 1, at around the 4:22 mark, then the 5:14 mark.

Toy packaging does not dictate story

Just because a character, name, or plot point in the Star Wars universe is changed or removed does NOT mean it’s gone forever. Just because a toy is released with one bit of information on it does not mean that said information is canonical forever.

Just ask basically every single piece of media referencing Boba Fett between the release of Return of the Jedi and The Mandalorian (not all, but most) : is Boba Fett alive? Does toy packaging hold sway over the pens of screenwriters? Does a LEGO set dictate what Boba Fett calls his own ship?