Today LEGO revealed a new Star Wars set called “Boba Fett’s Starship.” This may be the first time the ship has ever been referred to as “Boba Fett’s Starship” without the name “Slave I” or “Slave 1” along with it. The ship is just the latest in a line of iterations of the model made by LEGO, and the first to appear with The Mandalorian onboard.

This ship appeared in the latter half of the second season of The Mandalorian on Disney+ in the year 2020. This ship is set to be offered in one of its smallest iterations here, it being generally a far larger model due to its massive potential for opening hatches, weapons, and other moving parts. 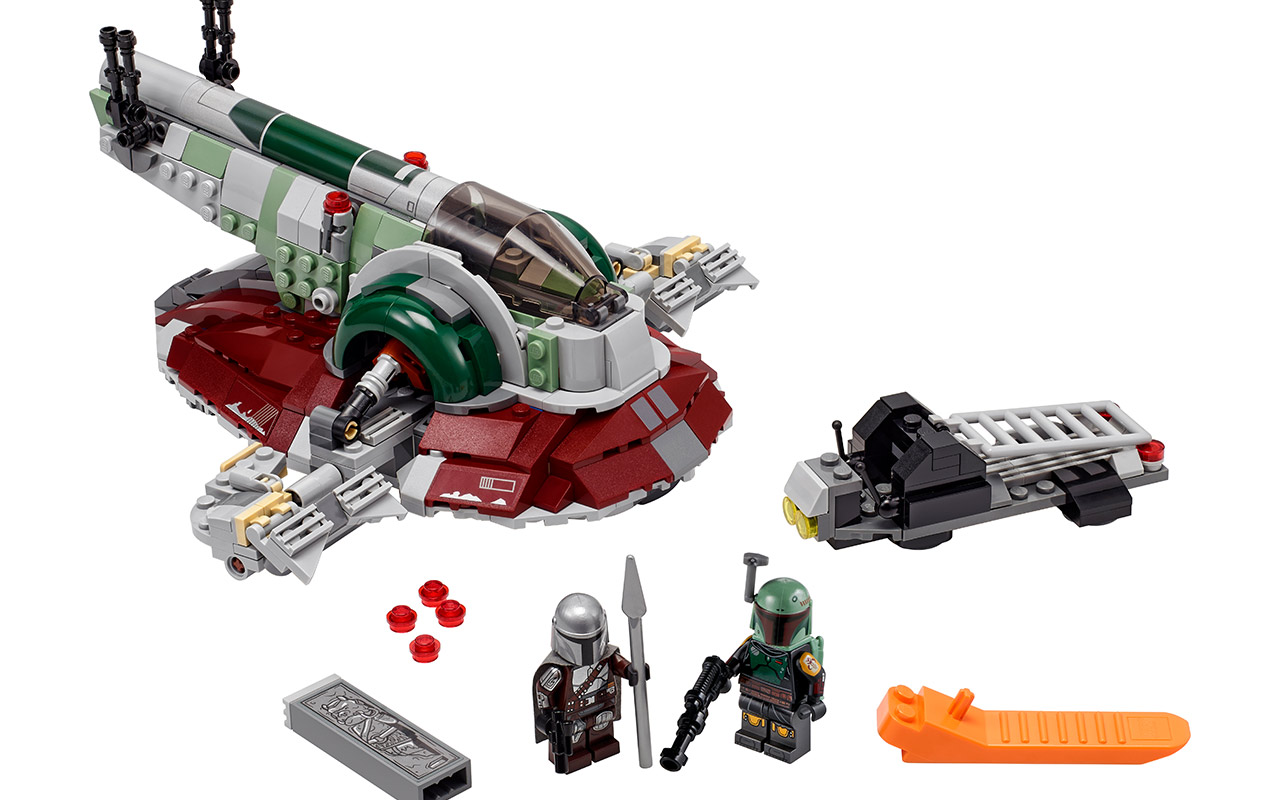 This version of Boba Fett’s Starship is recommended for ages 9 and up, and is model number 75312. This LEGO set comes with two minifigures: 1x The Mandalorian, and 1x Boba Fett. This is the Boba Fett we see in The Mandalorian once he has his armor back – and it appears to be the painted version at that! 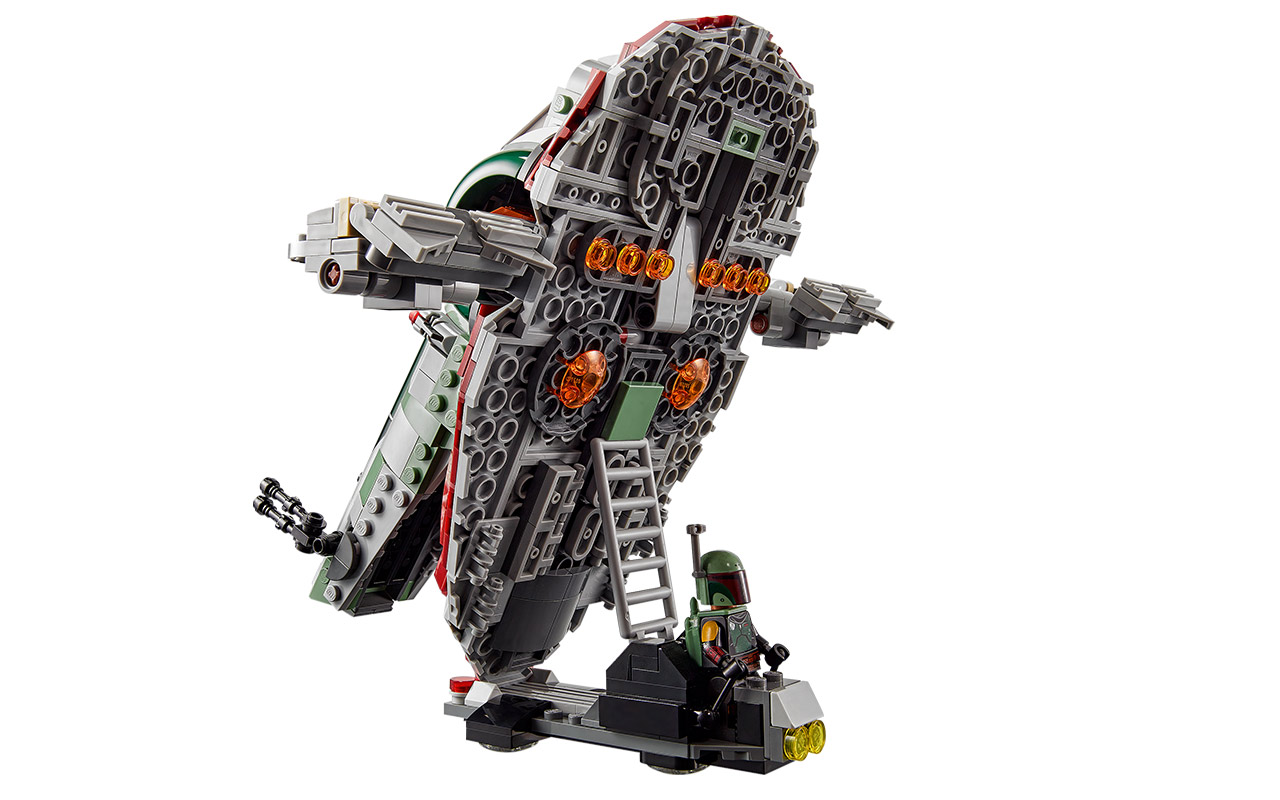 This version also has the smallest version of the Carbonite Block we’ve seen yet. This ship doesn’t have a Han Solo in Carbonite with it – as he’s in a different part of the galaxy at the time this ship’s onscreen appearance takes place. Instead we get a frozen Gamorrean! 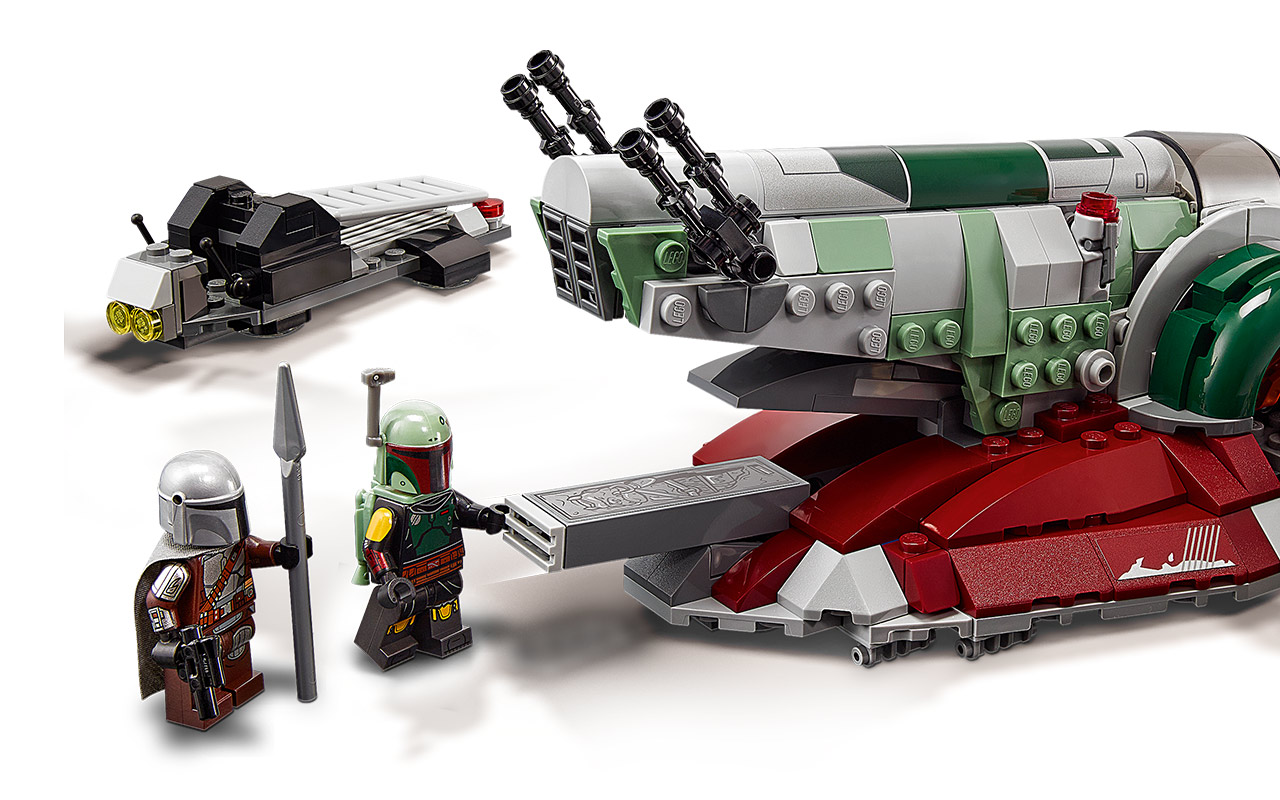 LEGO Star Wars Boba Fett’s Starship will be released with a price of approximately $50 USD. This set has 593 pieces, and includes a buildable transporter vehicle to “move the starship on the ground in play scenarios.” This bit also “makes a great display stand” for the ship.

This and other new Star Wars LEGO sets will be released in the coming weeks here in the year 2021. Cross your fingers for a massive edition too – can’t have too many versions of this ship!