BMW has begun testing an X5-based prototype running a hydrogen fuel cell powertrain. Affectionately referred to as the BMW i Hydrogen NEXT, the prototype is an all-electric vehicle fueled by the reaction of hydrogen and oxygen in a fuel cell. The German automaker firmly believes that hydrogen fuel cell technology can replace internal combustion engines, plug-in hybrids (PHEVs), and battery-electric vehicles (BEVs) as the future of mobility.

“Hydrogen fuel cell technology can be an attractive option for sustainable drive trains – especially in larger vehicle classes,” explained Frank Weber, member of the Board of Management of BMW AG responsible for Development. “That is why road testing of near-standard vehicles with a hydrogen fuel cell drivetrain is an important milestone in our research and development efforts.” 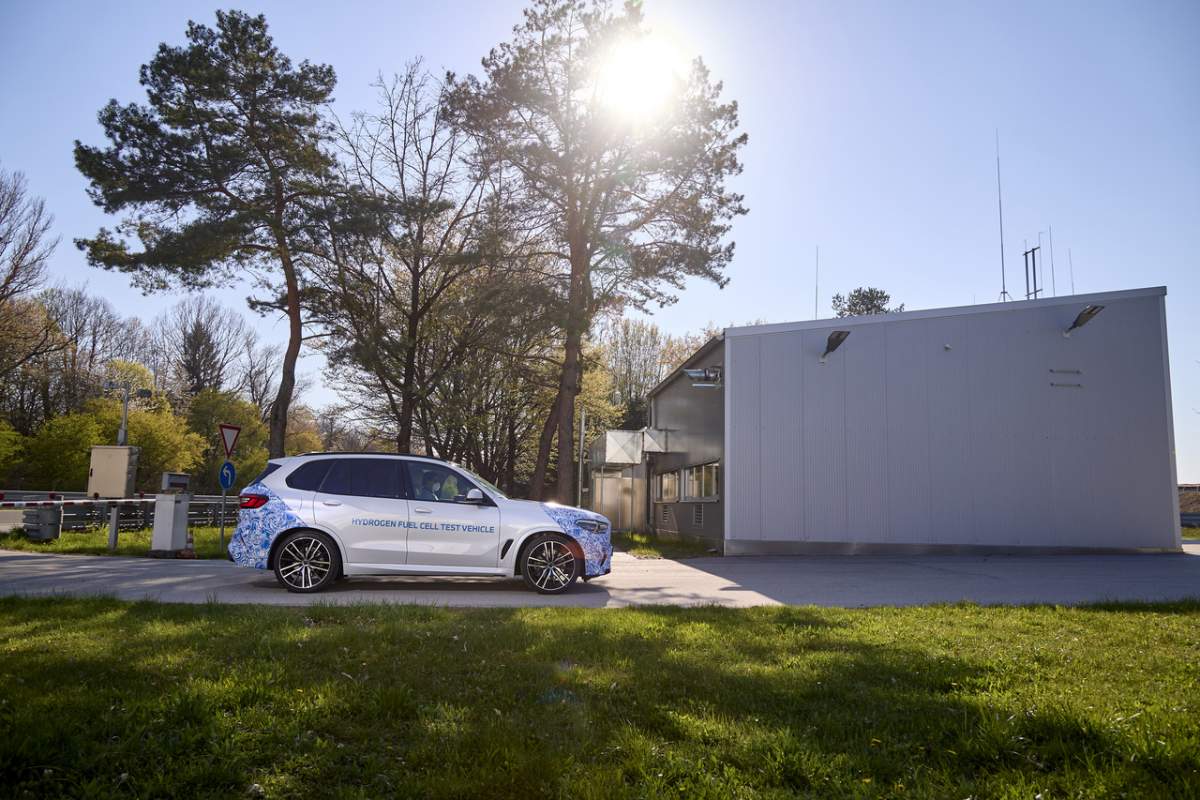 BMW has unveiled plans of releasing a limited series of hydrogen fuel cell SUVs in 2022. The carmaker is on track to debut a small production run of hydrogen-powered BMW X5 SUVs by later next year. Proof of this is the launch of a real-world testing program for the BMW I Hydrogen NEXT. 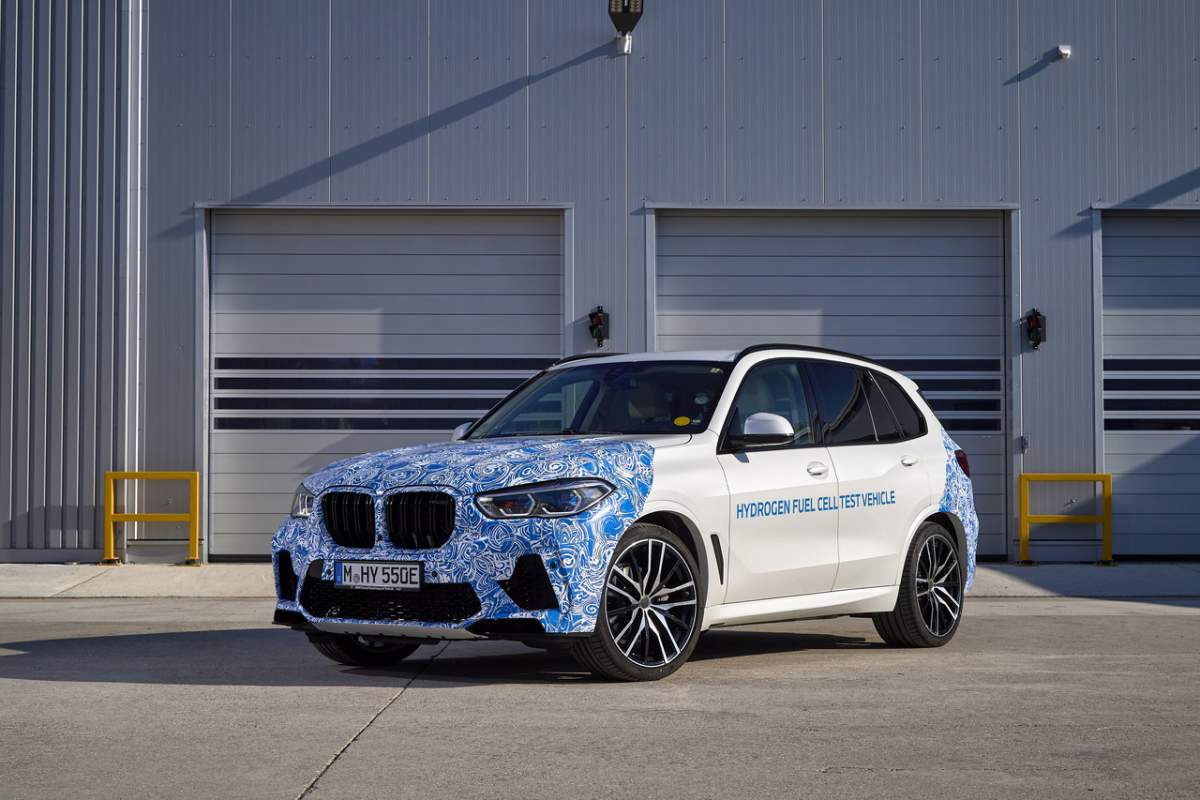 Unbeknownst to many, BMW’s been dabbling with hydrogen technology since the early 2000s. The automaker released a limited production run of the BMW Hydrogen 7 luxury car based on a V12-powered 7 Series limousine. But instead of having a fuel cell and electric motors, the Hydrogen 7 had the same 6.0-liter gasoline V12 engine that runs on both hydrogen and gasoline, officially making it the world’s first production-ready hydrogen vehicle. 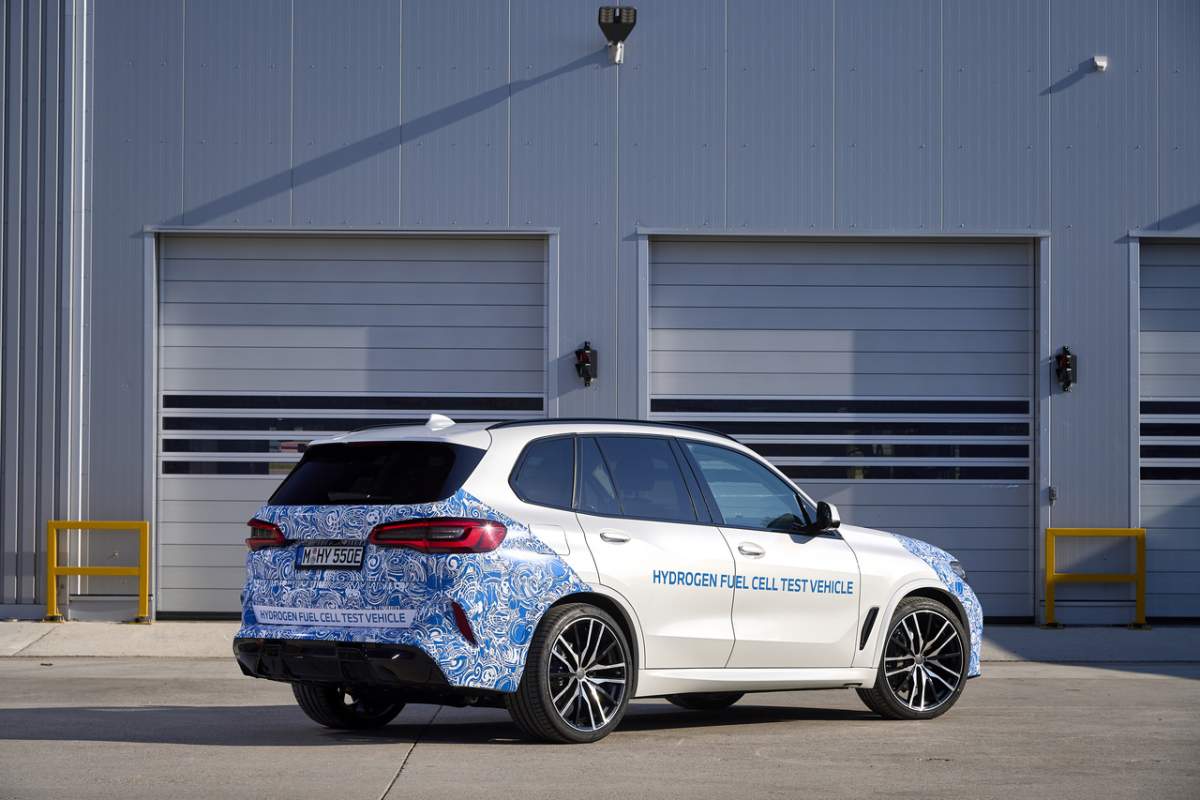 However, BMW only built 100 examples of the Hydrogen 7, and all were available for lease to selected high-profile clients only. BMW will aim for more than 100 private lease clients for its next-gen hydrogen fuel cell SUV, and the proof is in the pudding. 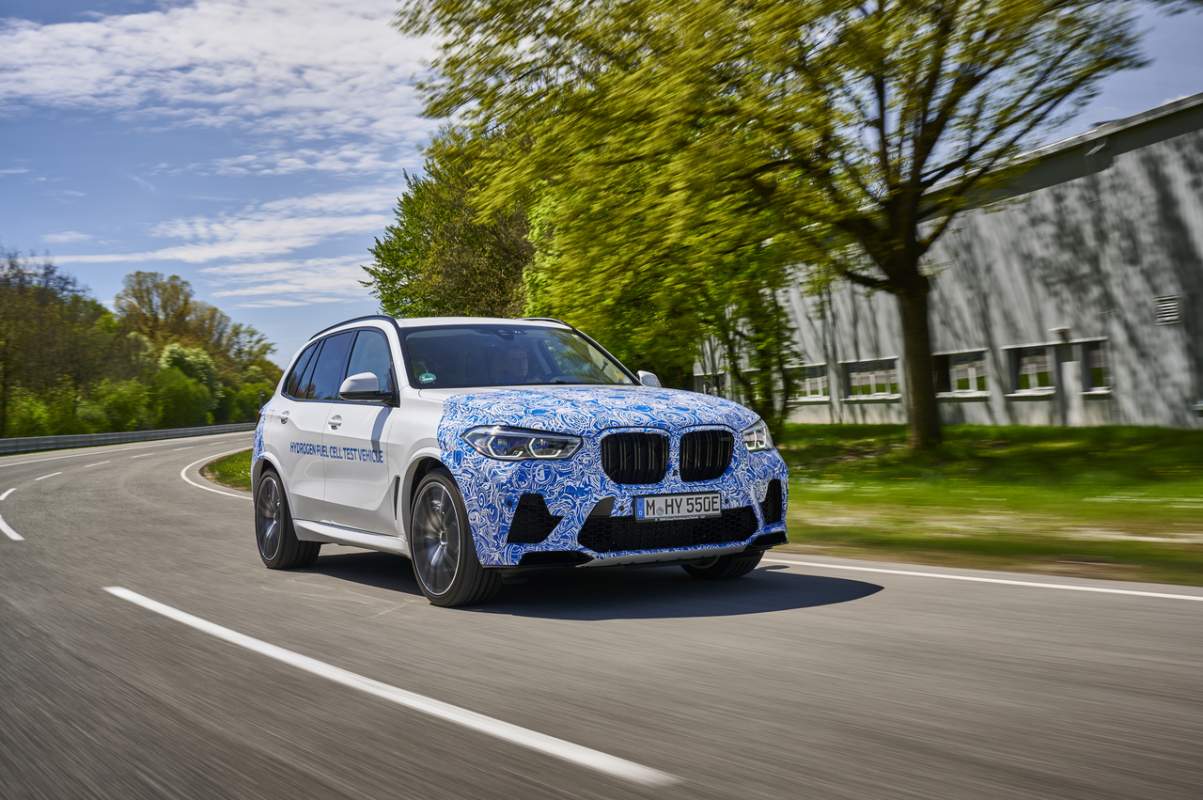 BMW claims the i Hydrogen NEXT prototype combines hydrogen fuel cell technology with BMW’s fifth-gen eDrive technology, the latter also found in the BMW iX3 and incoming iX and i4 models. Capable of generating a maximum of 374 horsepower, BMW’s hydrogen fuel cell prototype is churning out the same power level as the brand’s six-cylinder inline petrol engines. 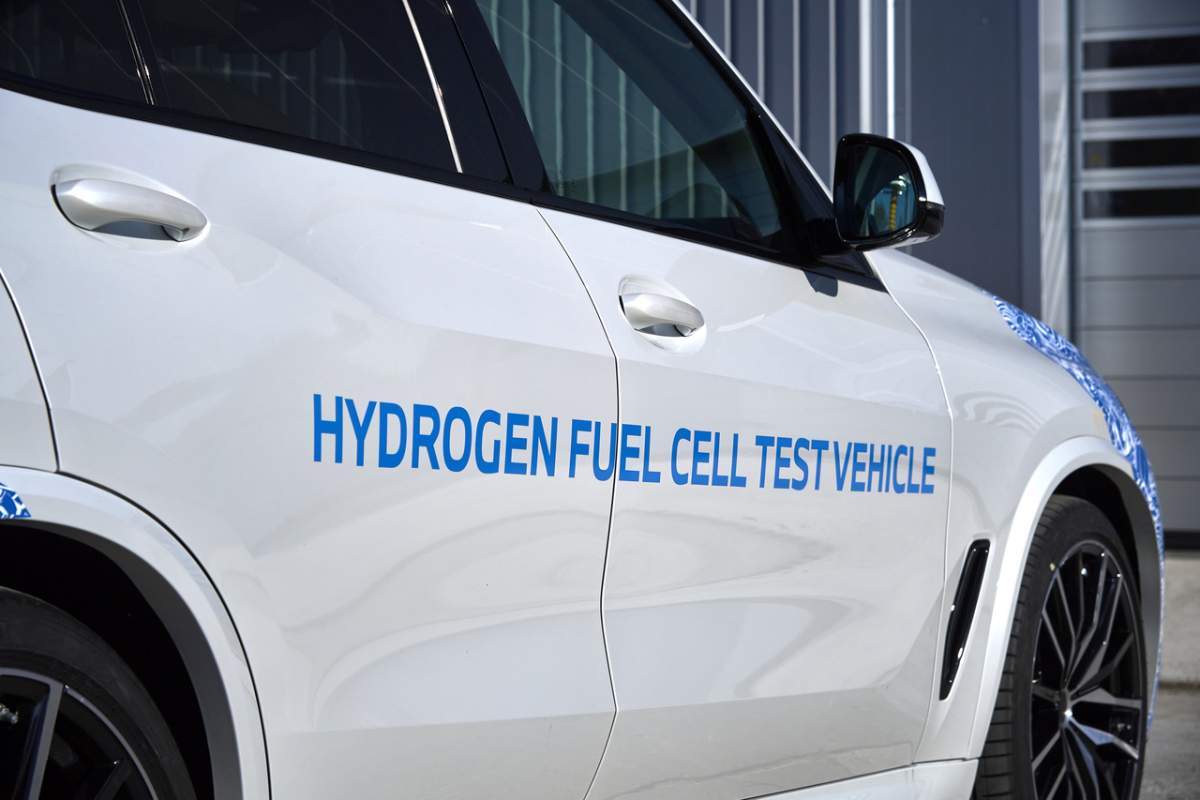 Similar to Jaguar Land Rover’s Defender hydrogen prototype, the i Hydrogen NEXT has a performance battery pack that boosts power when accelerating while recovering energy from braking and coasting. The prototype has two 700-bar storage tanks made of carbon-fiber-reinforced plastic (CFRP) that collectively hold six kilograms of hydrogen. 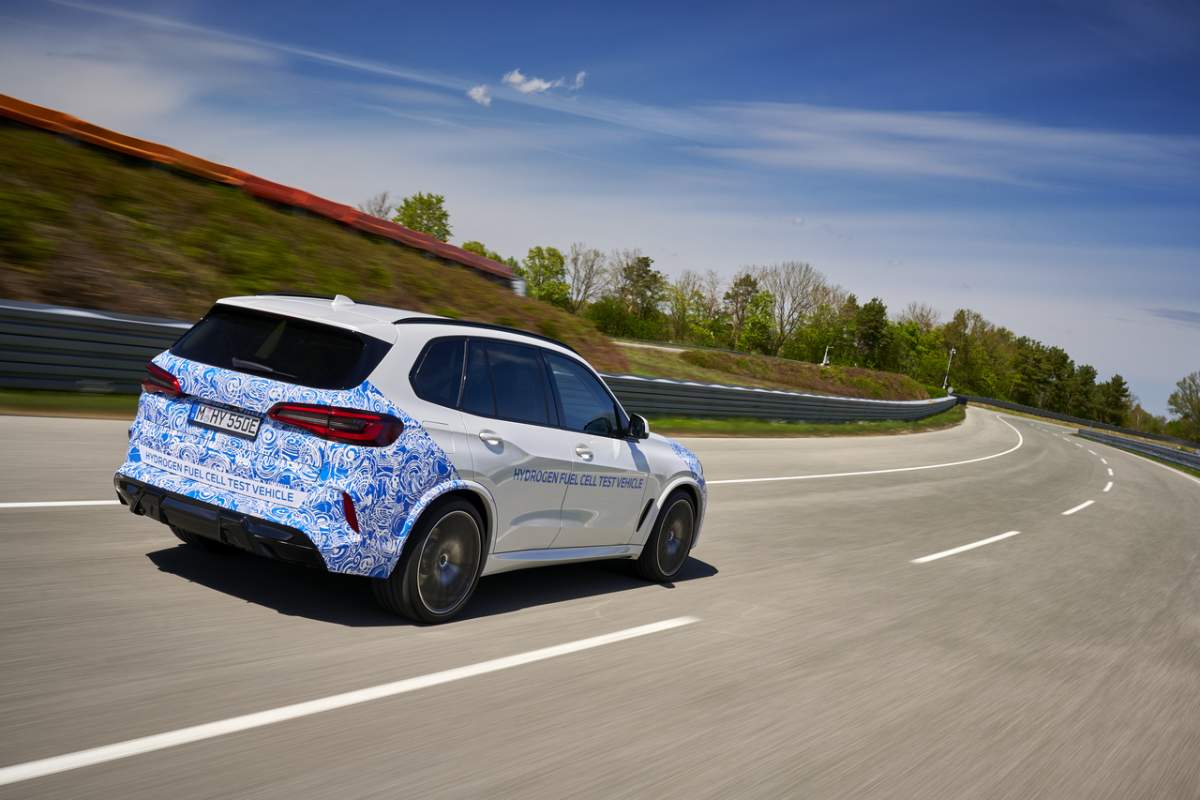 BMW has partnered with Japanese auto giant Toyota in developing the fuel cell for its i Hydrogen NEXT prototype. The two carmakers have been working since 2013 to study and optimize the scalability of hydrogen fuel cells in future vehicle offerings.