Google isn’t the only company talking up its autonomous car tech this week, with BMW presenting its own self-driving enhancements that it says will help navigate urban sprawl while still leaving you in charge of “the ultimate driving machine.” The car firm has been showing off its UR:BAN research – the acronym only makes sense in German, but roughly translates to “Urban Space: User-oriented assistance systems and network management” – which could help avoid running over pedestrians, and drive more efficiently by predicting how stop lights will change.

While Google is going full steam ahead with cars that are fully autonomous, BMW’s approach is more along the lines of driver assistance than replacement.

For instance, BMW envisages equipping the car with a “cognitive assistance” system that would keep an eye out for cyclists and pedestrians near the car. Their intent – whether they plan to step out into the road, perhaps, or make a sudden turn – is analyzed, and as well as warnings for the driver, the car itself could brake and/or steer to avoid them. 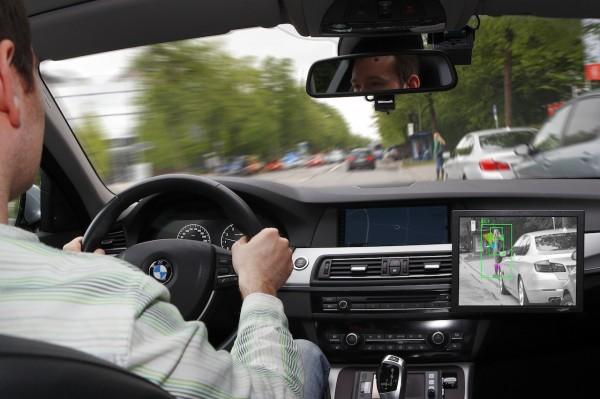 Meanwhile, another area of research is looking at how future BMW models could be more efficient, both in terms of driving and emissions. Dubbed “Urban Roads”, the project has developed the Green Coordination and Deceleration Assistant, which can figure out the switching times of stop lights and combine that with current road traffic conditions in general, to adjust route and engine settings to be most productive.

So, cars could be navigated not by the quickest route on a map, but by the route that will require the fewest stops at that point in time. BMW also suggests that it could be a huge advantage for EVs and hybrids, like the new BMW i8, by giving them prior warning about what sort of driving they’ll be doing, and allowing them to adjust their drivetrain settings to suit.

BMW is baking the technologies into different road-going vehicles to test out what sort of advantages in safety, efficiency, and fuel economy can actually be delivered. Among the goals is a 360-degree safety zone around the car, within which it could automatically avoid pedestrians and other possible hazards.

The company is also working on other connected-car systems which could locate free parking spaces and even in-store deals preemptively, based on presumed and programmed destination. 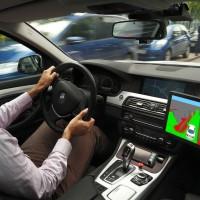 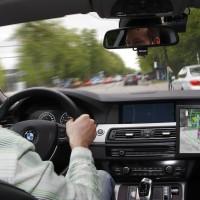 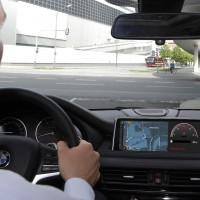 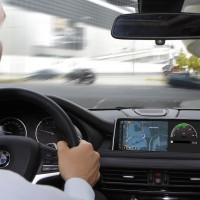 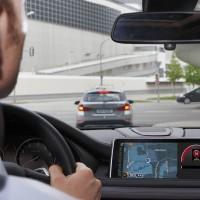