BlackBerry PRIV Review Part I: or why you might want this

Hello there BlackBerry users, and welcome back! It’s been quite a while since we’ve had a review of BB device like the BlackBerry Priv – one that’s a real competitor on the open marketplace. One that feels like BlackBerry is confident in the product its delivering. And why would you want a device like this? An Android device with a push-out physical keys keyboard? Because you’ve always trusted the BlackBerry brand, and you always will. Just having the brand name there staring you in the face – and having the three volume button combo available – that’ll get you every time.

Inside Android on the BlackBerry Priv you’ll find a very familiar experience – if you’re an Android user, that is to say. You’ll recognize a collection of BlackBerry apps if you’ve been a hardcore BlackBerry user, the majority of them being apps available to most modern smartphones running Android – Samsung, LG, HTC, and the like. 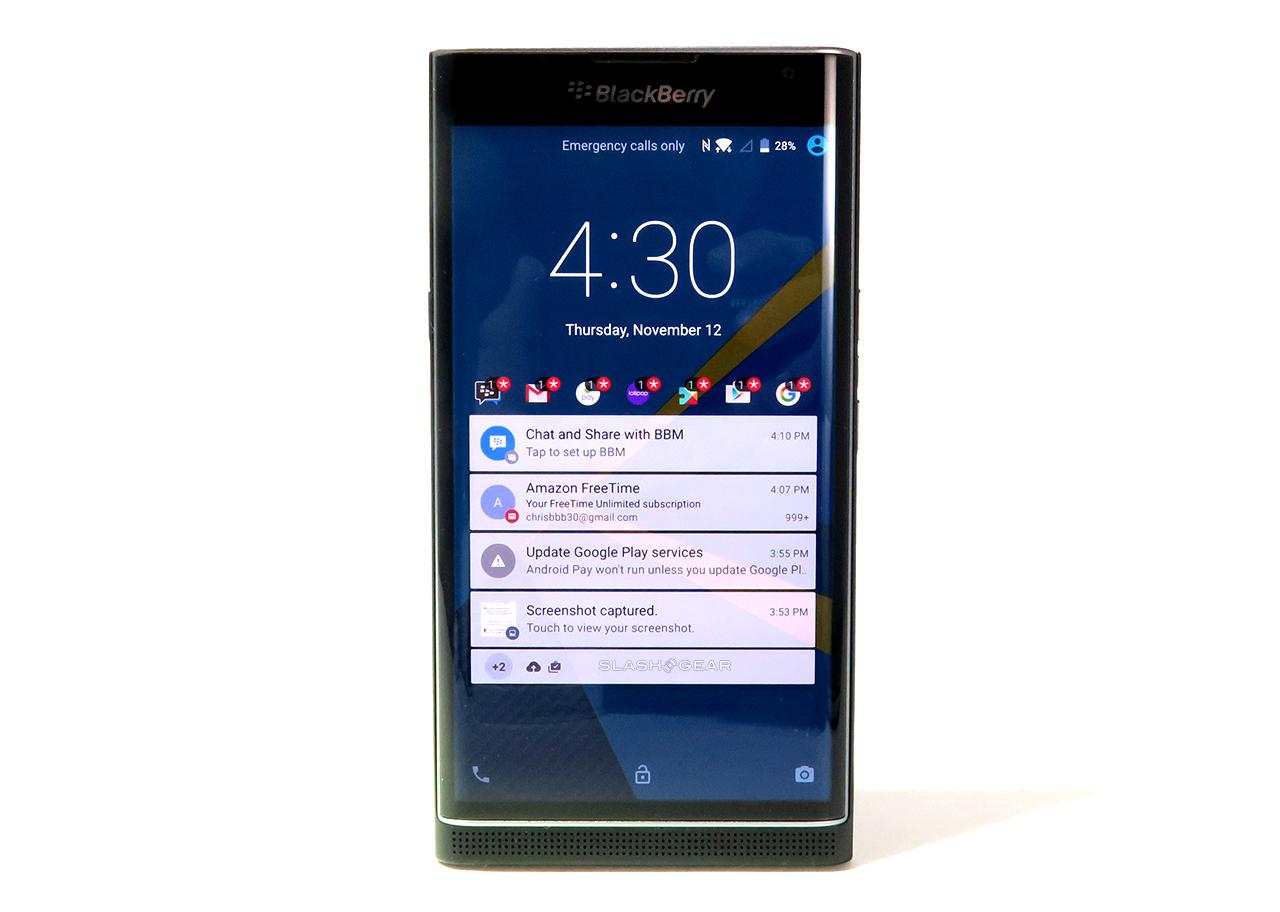 The more unique features of the BlackBerry PRIV are all under the hood – on the keyboard that pulls out from below the touchscreen. There you’ll be able to use one of the features that no smartphone brand has been able to pull off so well as BlackBerry – the mobile hardware keyboard.

Perhaps it’s because once touchscreens became sensitive enough to type accurately on, there wasn’t really any reason to keep creating hardware keyboards – but BlackBerry’s remains the best in the business anyway. 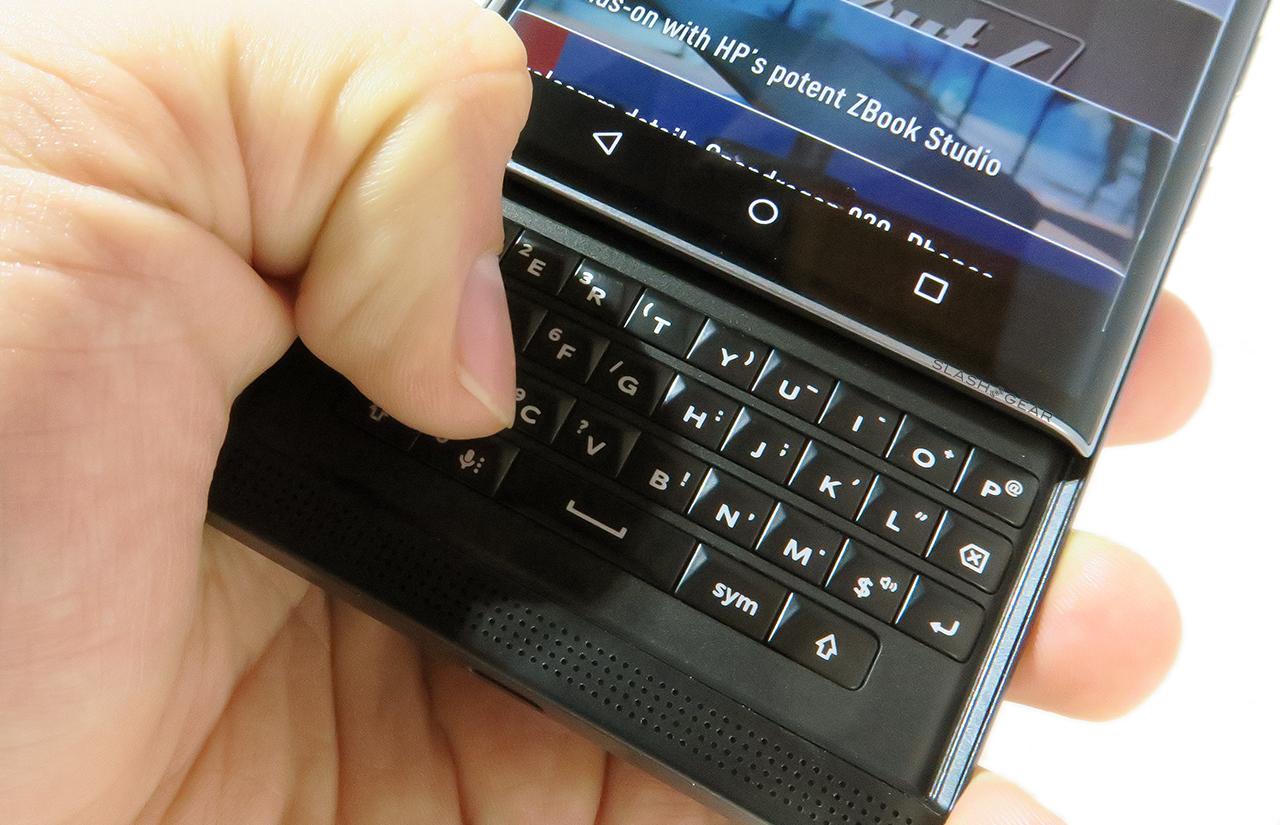 As for the swipe feature – that’s not quite on point just yet. If I’m swiping my finger up or down the keyboard, the keyboard area works like a touchpad. I can scroll through pages in a web browser, but the sensitivity is a bit too high to be all that extremely useful.

Like a traditional (BlackBerry 10 or so) BlackBerry device, you’ll find a Productivity Edge to the right of your home screen. There you’ll have quick access to a set of apps like Calendar, Email, and Contacts, and you’ll see your daily events pop up as well. This feature has potential. If we were able to successfully pull said Productivity Edge out from the side of the display every time we used it, it’d be better. But for now, it’s got potential. 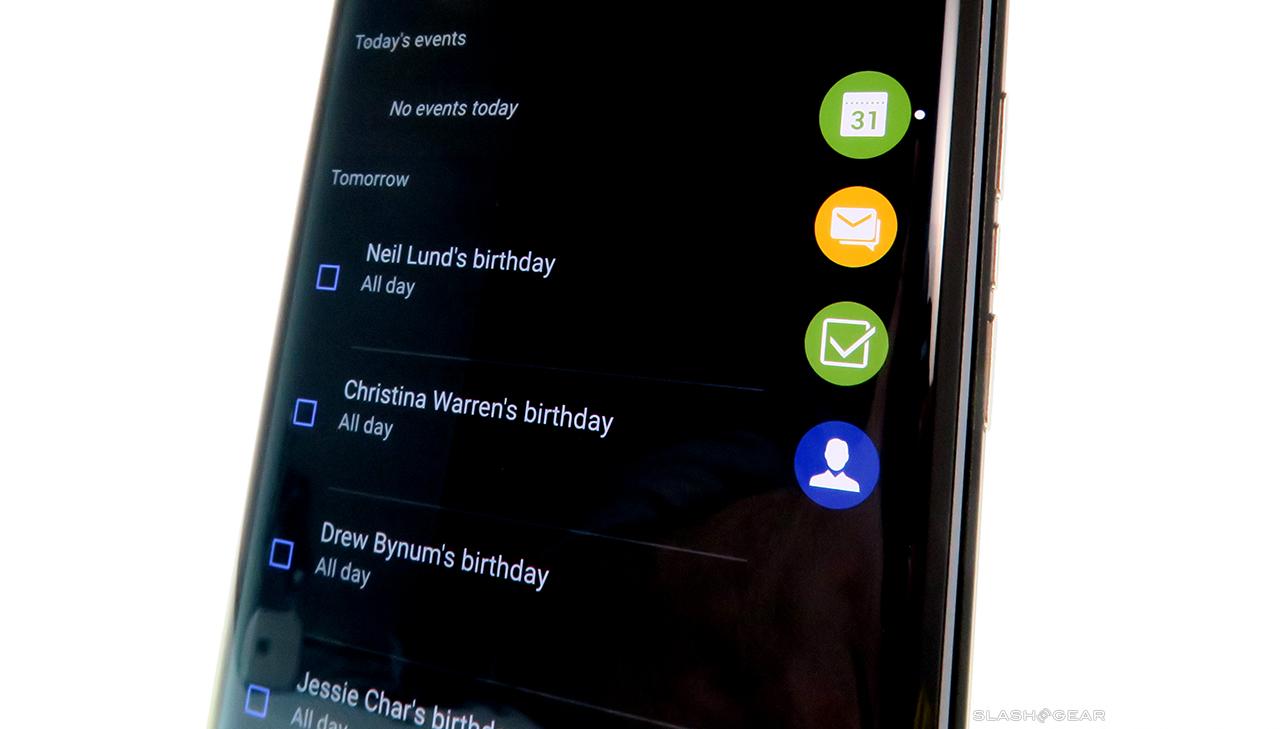 Therein lies the not-so-great bit about this device. While it looks great and feels great, I get the impression that the developers responsible for implementing Android on this device didn’t have the time they needed to perfect it.

For example when I swipe up or down in a web browser (or on any page), you’ll find the “you’ve reached the end of the page” bubble expand, as it does in any Android device from the past couple of years. This bubble comes out, pauses (as if stuck), then recedes back very slowly. This shouldn’t happen on a market-level product. 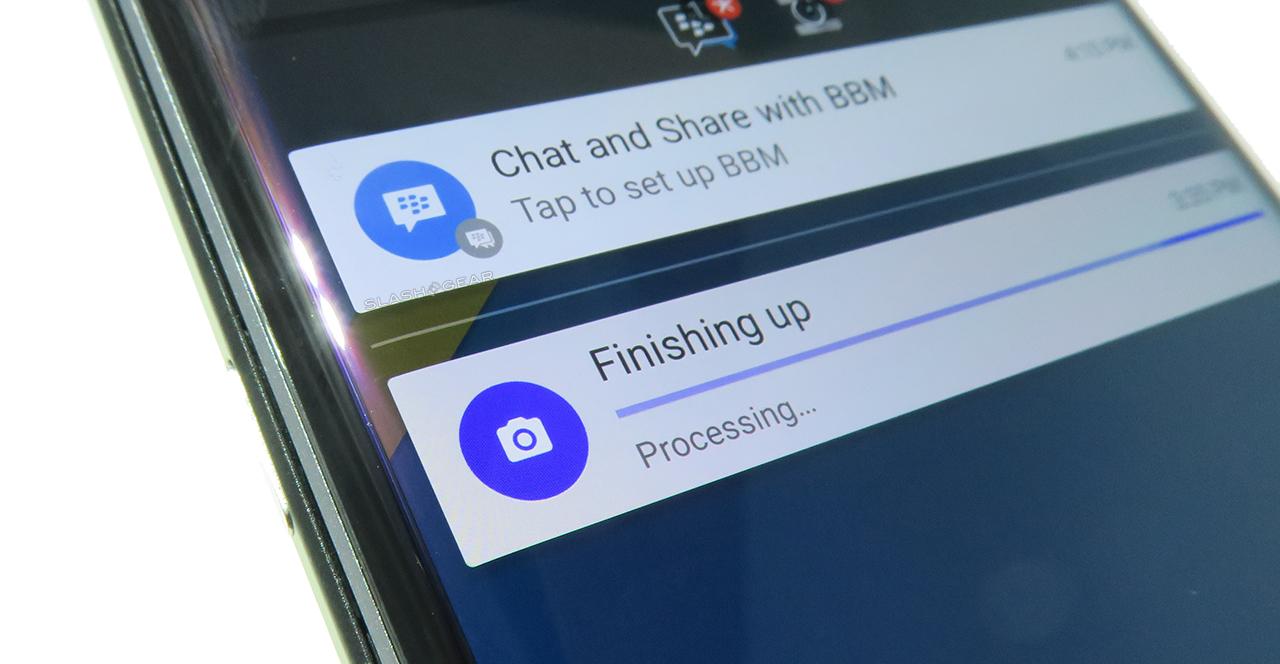 The camera app, too, appears to be a bit off. I’ve taken a photo in low light, for example, and a notification for the camera app suggests that it’s been processing for well over 30 minutes – that can’t be accurate. We’re guessing these little bits and pieces will be ironed out as soon as possible.

The device certainly feels like a step up from the last time we reviewed BlackBerry devices. The launches of devices like the BlackBerry Q10 and the BlackBerry Z10 left us feeling a bit nonplussed. 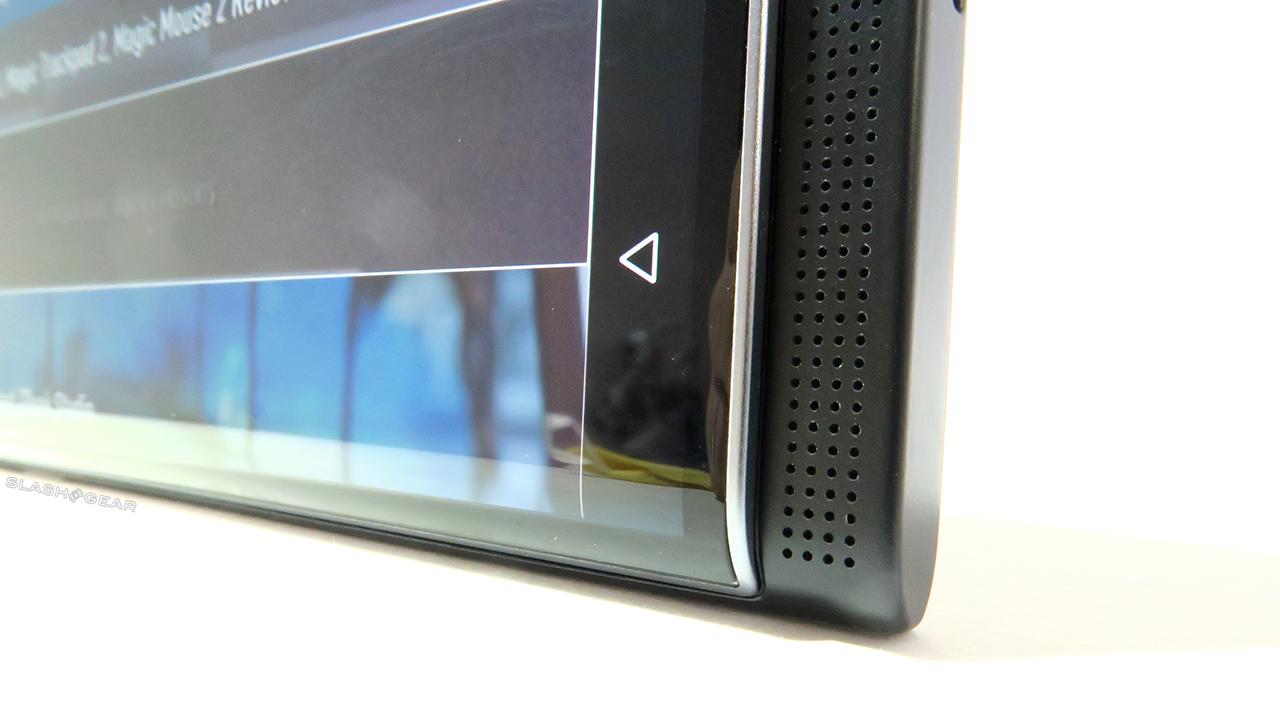 Fast forward to the tail end of 2015 and BlackBerry seems to have created a real high-quality piece of hardware. Despite the very few software oddities we’ve found so far, this device most definitely feels like a top notch smartphone. With Android inside, BlackBerry can take advantage of the fully stocked and supported Android app universe and software developer community.

Now, just so long as BlackBerry can keep creating devices like this one and stick to their guns when it comes to the utmost attention paid to hardware details – what they’re good at – there’s a chance they’ll be able to stick around for a while. At least amongst the hardcore BlackBerry-forever cultists still out there. 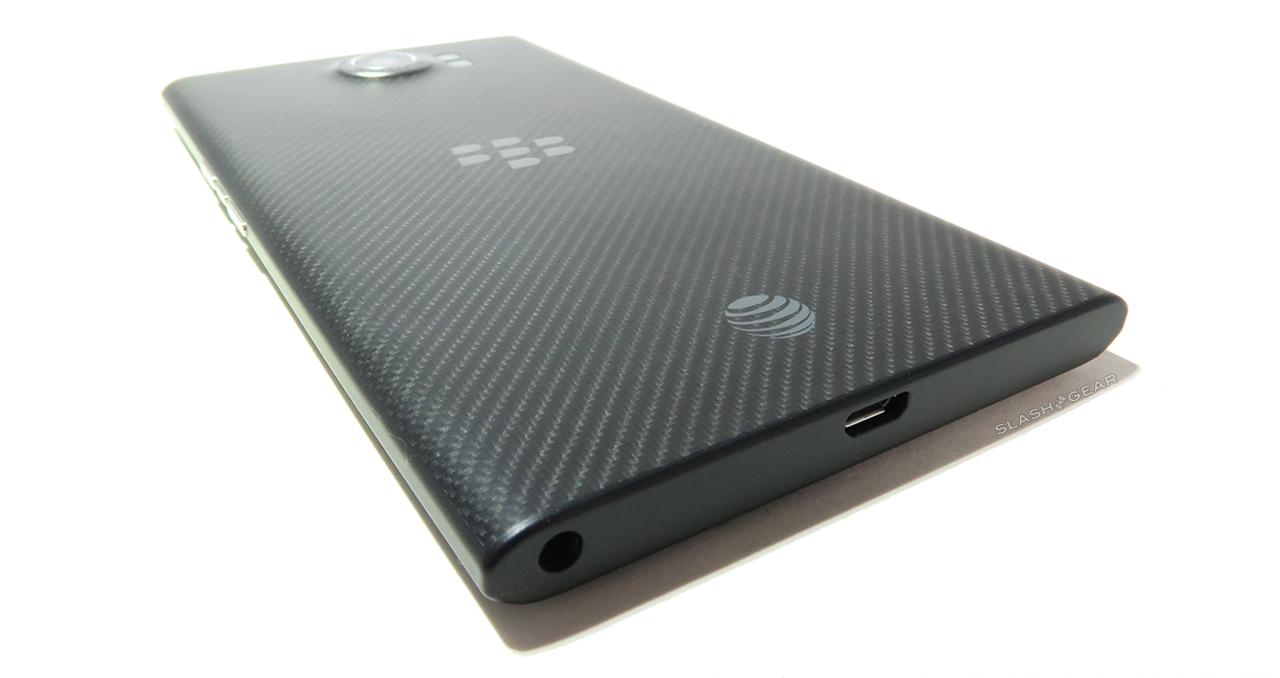 Stick around the BlackBerry Priv tag portal for more pieces of this review. We’ll also be looking at the camera’s capabilities and how well the device holds up to long-time heavy usage.