The new Powerbeats Pro will hit shelves next month, Beats has confirmed, announcing pre-order dates and release information for the hotly-anticipated wireless earbuds. Announced earlier in April, the Powerbeats Pro borrow the wireless tech of Apple’s AirPods 2 but then wrap it up in a form-factor probably more satisfying to fitness fans, among others.

So, whereas the AirPods have been criticized for how much external noise the earbuds still allow through to your ears, Powerbeats Pro should be a lot more satisfying on that front. As well as rubber ear tips intended to better fit the wearer’s ear canal, they also use background noise cancelation.

That relies on the two beam-forming microphones on each earbud. There’s an ear hook, which should keep the earbuds in place even if you’re jogging, and unlike AirPods 2 the Powerbeats Pro are sweat-resistant. They’re 23-percent smaller, and 17-percent lighter, than the old model.

Beats adds physical volume and track controls, too, though you also get the same “Hey Siri” voice control as on the latest AirPods. That comes courtesy of the Apple H1 chipset, which is what delivers the easier Bluetooth pairing with iOS devices, more stability, and other improvements. Sensors in the buds automatically pause and play music as you move them in and out of your ears, as well as answering calls and transferring them from your phone and back.

Audio quality is said to have improved, too. Better acoustics is the big promise, with changes both to the drivers and the fit in the ears. Battery life clocks in at 9 hours of musicper earbuds’ charge. With the battery in the charging case added, Beats says you could be listening for more than 24 hours. With its Fast Fuel technology, meanwhile, five minutes in the case should be sufficient for 1.5 hours of music playback, or up to 4.5 hours of listening after fifteen minutes. 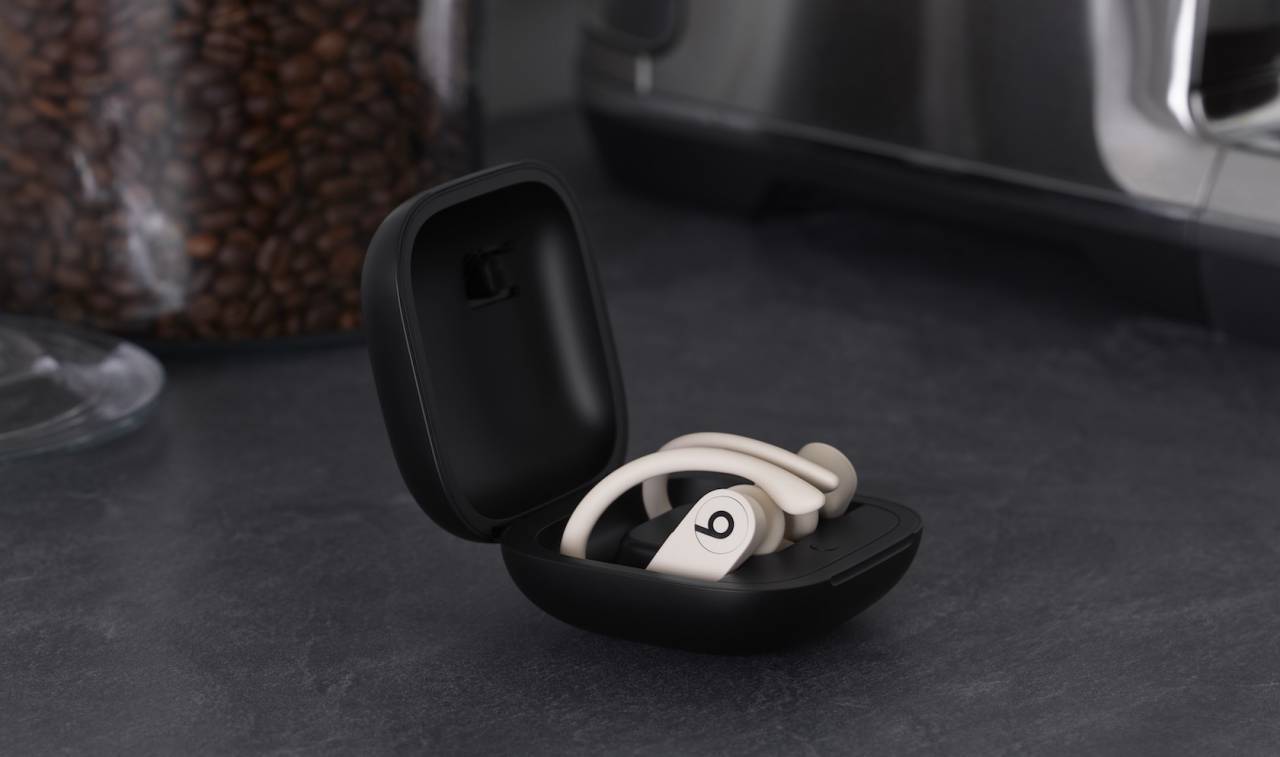 Beats confirmed that the Powerbeats Pro would be $249.95, a premium over the regular AirPods 2. What we didn’t know, however, was when exactly they’d go on sale. According to the company, the earbuds will go up for pre-order in the US and Canada initially, on May 3, from 7am PDT (10am EST) at Apple direct. Availability will be from May 10.

As we heard before, though, there’s also some disappointment if you were hoping for the more eye-catching color options. Initially Powerbeats Pro will only be available in black, Beats says. The Ivory, Navy, and Moss finishes, meanwhile, will follow on this summer.