Audi has postponed the big debut of the e-tron Quattro all-electric SUV, after cancelling the event in the aftermath of CEO Super Stadler being arrested. The automaker had planned to make the e-tron Quattro – its Tesla Model X rival – the centerpiece of the Audi Summit on August 30. However, that event has now been wiped from the schedule.

The event was to be an all-day focus on Audi’s technology and more, with the electric SUV shedding the last traces of its concept cladding and being revealed in production form. However, the Brussels event was cancelled after chief executive officer Rupert Stadler was unexpectedly arrested on June 18. Investigators are suspicious of the role he may have played in VW Group’s “Dieselgate” scandal, in which cars from the automaker – including Audi and Volkswagen models – were fitted with a so-called defeat software device that modified emissions when the car detected it was being tested.

Although Audi’s work on its electrified range has been ongoing for some years, the attention focused on the e-tron Quattro was seen by some as an attempt to reframe the automaker’s green credentials in the aftermath of the scandal. However, the car will now miss its scheduled launch. Instead, Audi says, it will use a new event in the US to pull the covers off the car. 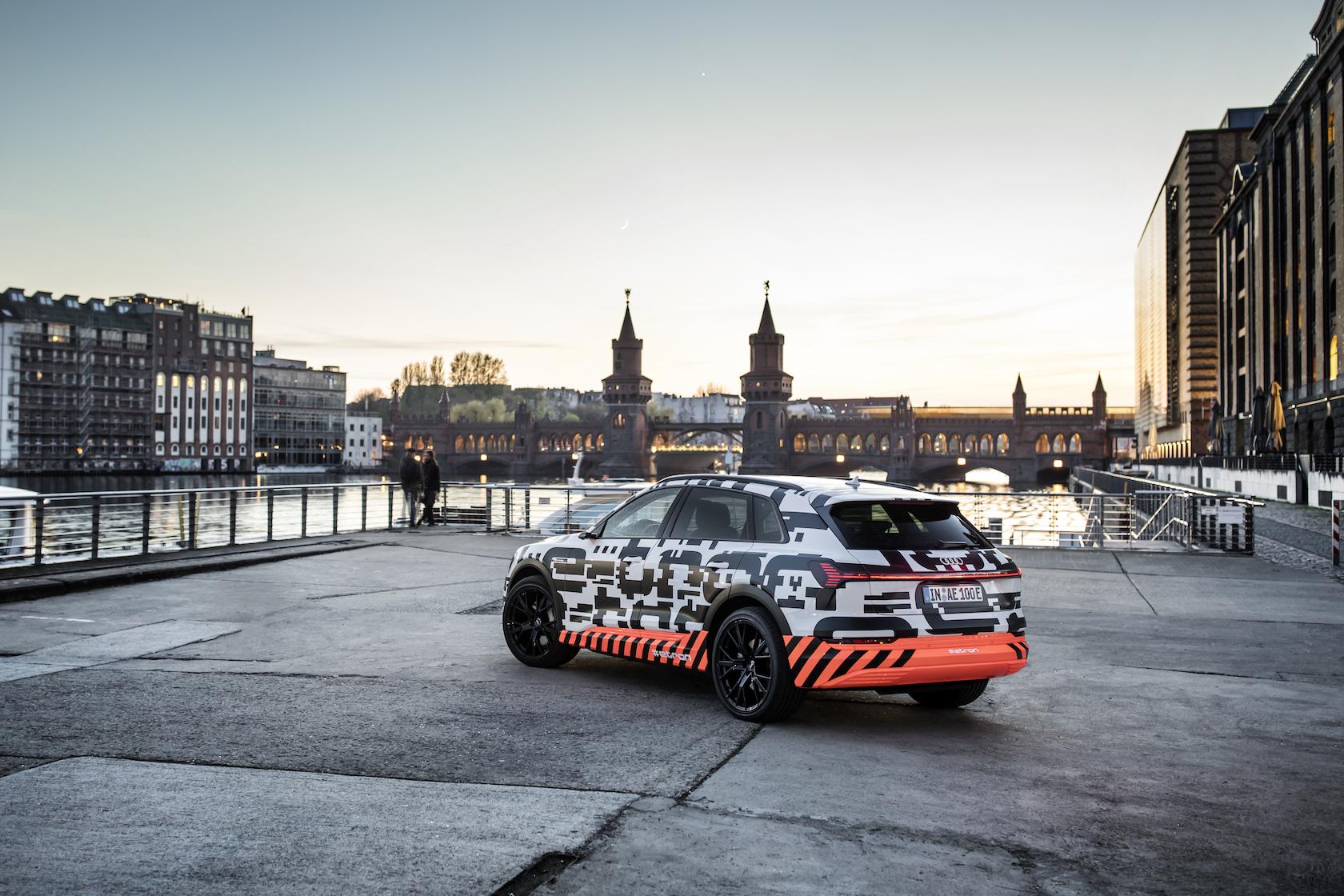 The news means that Audi will inadvertently cede “first unveil” bragging rights to Mercedes-Benz. The German automaker rival plans to reveal its EQC all-electric SUV, its own Model X alternative, in production form on September 4. That event will be held in Stockholm, Germany.

So far, it’s unclear exactly where Audi’s replacement event will be – and, indeed, when. The automaker insists that, though the reveal will be delayed, the actual launch of the car into dealerships will not be, Automotive News reports. Advanced orders have already begun in some European locations, or reservations in others.

That means the e-tron Quattro will still beat Mercedes’ EQC to customers’ driveways, at least. The Mercedes SUV isn’t expected to go on sale until sometime in 2019.

Audi has been playing up the e-tron’s electric qualifications over the past few months, highlighting the car’s smart technology. Earlier in June, it revealed the SUV could integrated with connected homes to better take advantage of solar charging, for example. In April, it showed off the new 95 kWh battery that will give the car its range.

However, some of the more eye-catching features won’t be making it to the US. The e-tron concept’s side cameras, which replace the side mirrors, were expected to be dropped by the time the vehicle reached dealerships, but Audi has said that it plans to offer the aero-aiding cameras as an option. Sadly that won’t be the case in the US, though, where federal regulations demand traditional glass mirrors.