The Audi e-tron will be a weather forecaster as well as an electric SUV, the automaker has revealed, taking factors like upcoming conditions into account when intelligently charging. The new SUV goes on sale in Europe later this year, alongside a new smart home Audi connect charging system that promises more efficient, not to mention cheaper replenishment of the batteries.

Most modern EVs have some sort of scheduling support for charging. At the very least, that’s typically a way to set certain times when the car will and won’t charge when plugged in, allowing drivers to work around peak and off-peak electricity rates. That way, the car will be charged when you need to leave for work in the morning, but wait to start that process until the power is at its cheapest.

Often, that scheduling is combined with remote connectivity. Typically, that means an app through which schedules can be set, in addition to charge status checked and the process manually begun or ended. Some vehicles can tap into electricity supplier data, to automatically control the charging process based on the changing tariffs.

What Audi is talking about, however, goes a step further than that. It will have a regular 11 kW home charging system, but also a 22 kW option that doubles the power – and works with a second on-board charger fitted to the car itself – for those wanting faster recharge times. The latter, dubbed the Audi connect charging system, will also log onto the home’s WiFi connection. 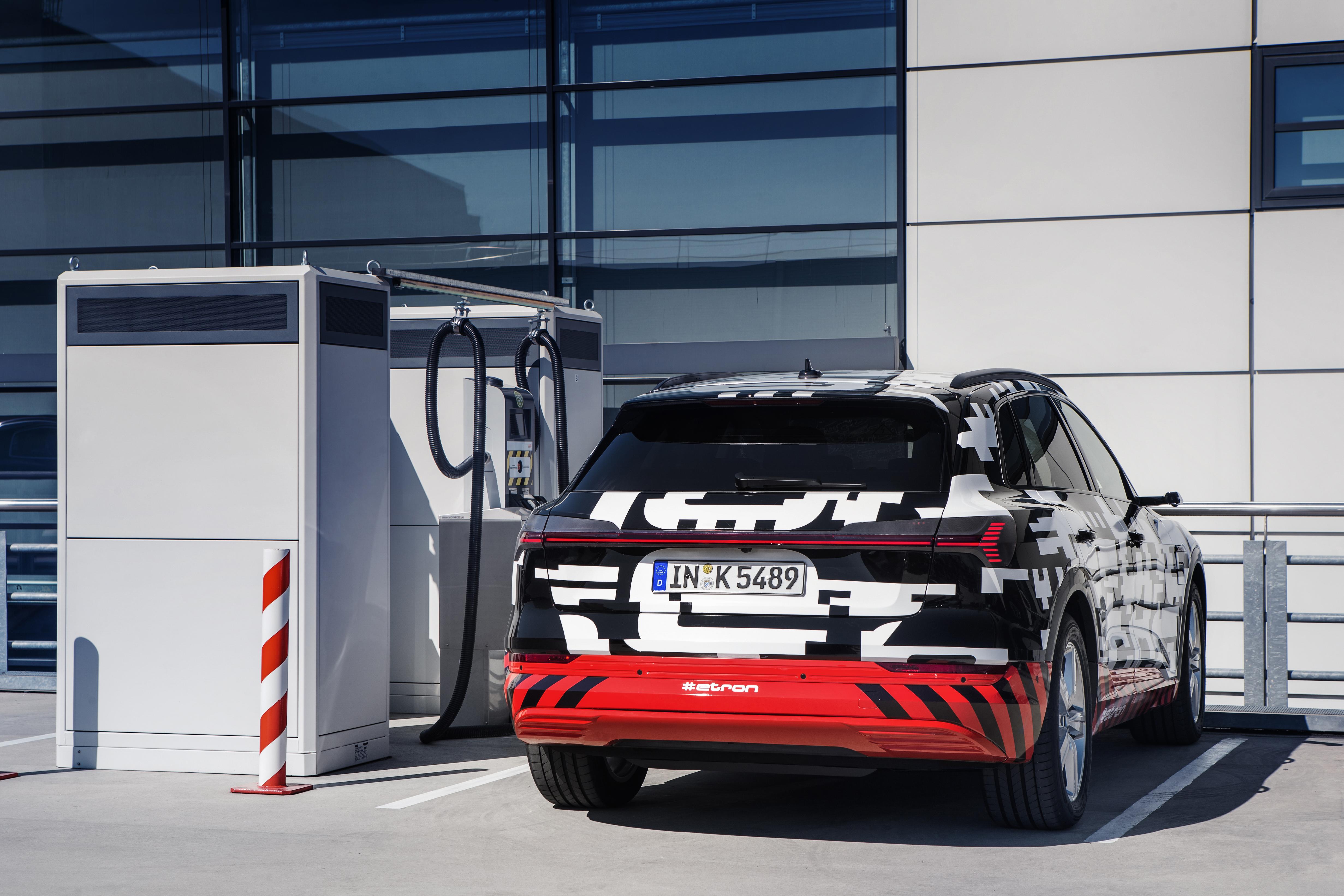 Through that, it will work with a Home Energy Management System (HEMS) for more intelligent charging. Audi is working with the Hager Group and SMA Solar Technology on the system, to enable rate-based variable charging to the e-tron. If the home has solar panels, meanwhile, the car will look at sunshine forecasts for the upcoming charging period, along with the current flow of electricity to the home from the public grid, with the green power source given priority.

Audi says the system will also work to avoid the car pulling too much power from the overall supply. That should prevent unexpected blackouts, or indeed the sort of overheating that can flip a circuit breaker or – more ominously – lead to fires from electric systems not able to handle the levels of power involved.

Of course, for all this to work you’ll need a HEMS-upgraded house. Audi hasn’t said whether it will be actively pushing installs of that – and solar panel technology – when drivers buy a new e-tron, or if it’s counting on EV early adopters being more likely to also have smarter infrastructure in their homes.