Does the world need a new luxury SUV? Aston Martin is convinced the answer is yes, and is counting on a plush interior of the new DBX sports truck to win you over – and encourage you to open your wallet for a six-figure SUV.

The British automaker has been talking up its DBX plans for some time now, though the all-new model isn’t expected to arrive at dealerships until next year. Aston Martin says it’ll reveal the SUV in full on November 20, but so far all we’ve seen of the outside is a camouflaged prototype and several teasers. The latest teaser shot of the front of the DBX is above.

Now, though, we also know what the cabin is going to be like. Aston Martin may have only released one image, but it’s enough to confirm that the DBX is shaping up to be an interesting mixture of its sporting history and the functionality you’d associate with an SUV. 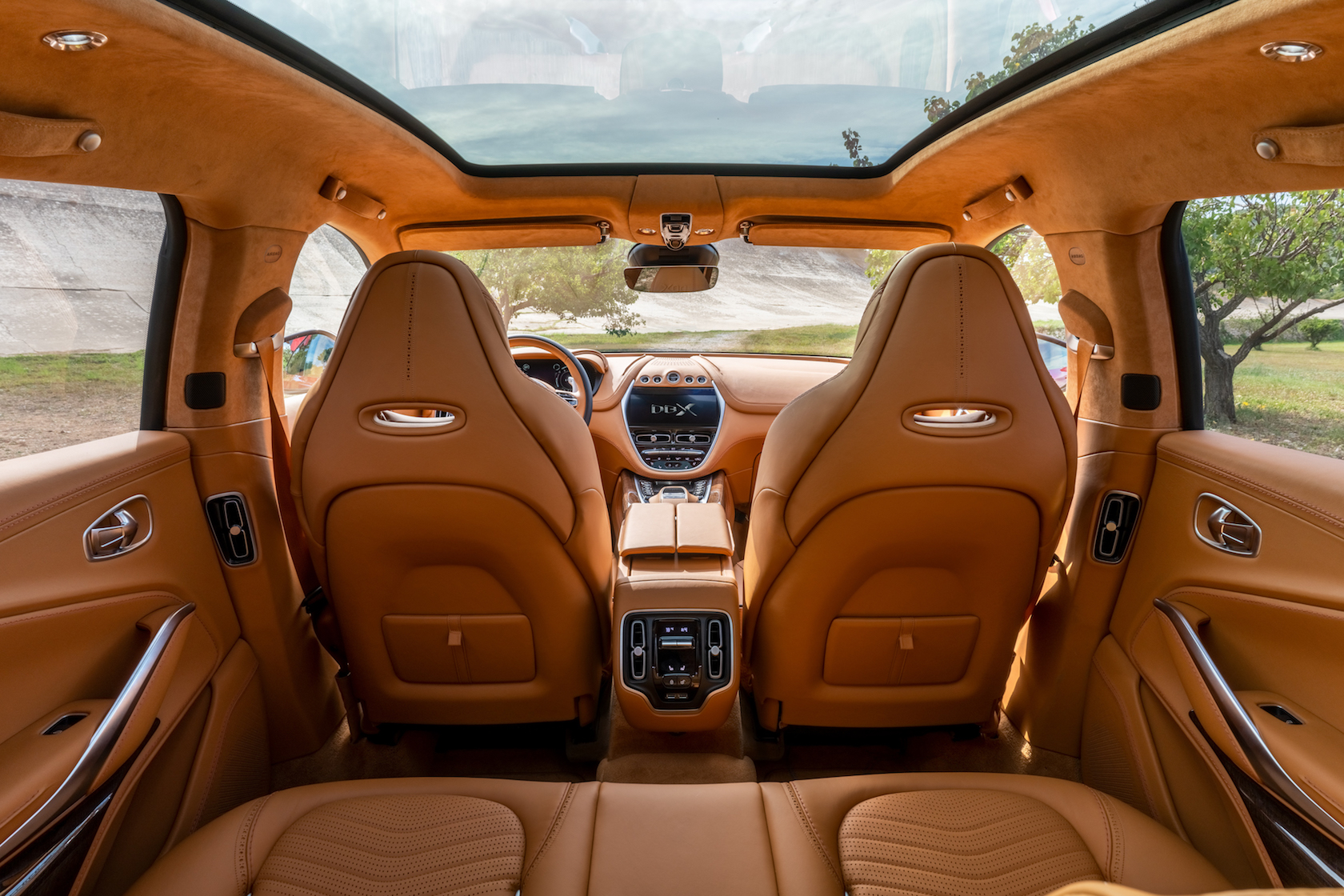 The seats, for example, wouldn’t look too out of place in an Aston Martin Vantage coupe, heavily bolstered and even including what looks like a pass-through hole for a multi-point harness. The dashboard is dominated by a touchscreen in the center, though there are still plenty of hardware buttons above and below it.

The eagle-eyed will spot Mercedes-Benz’s touchpad controller in the center console, too. The German automaker has been supplying Aston Martin with its infotainment system for some time now, and so it comes as little surprise that it will form the basis of the DBX’s interface, too. 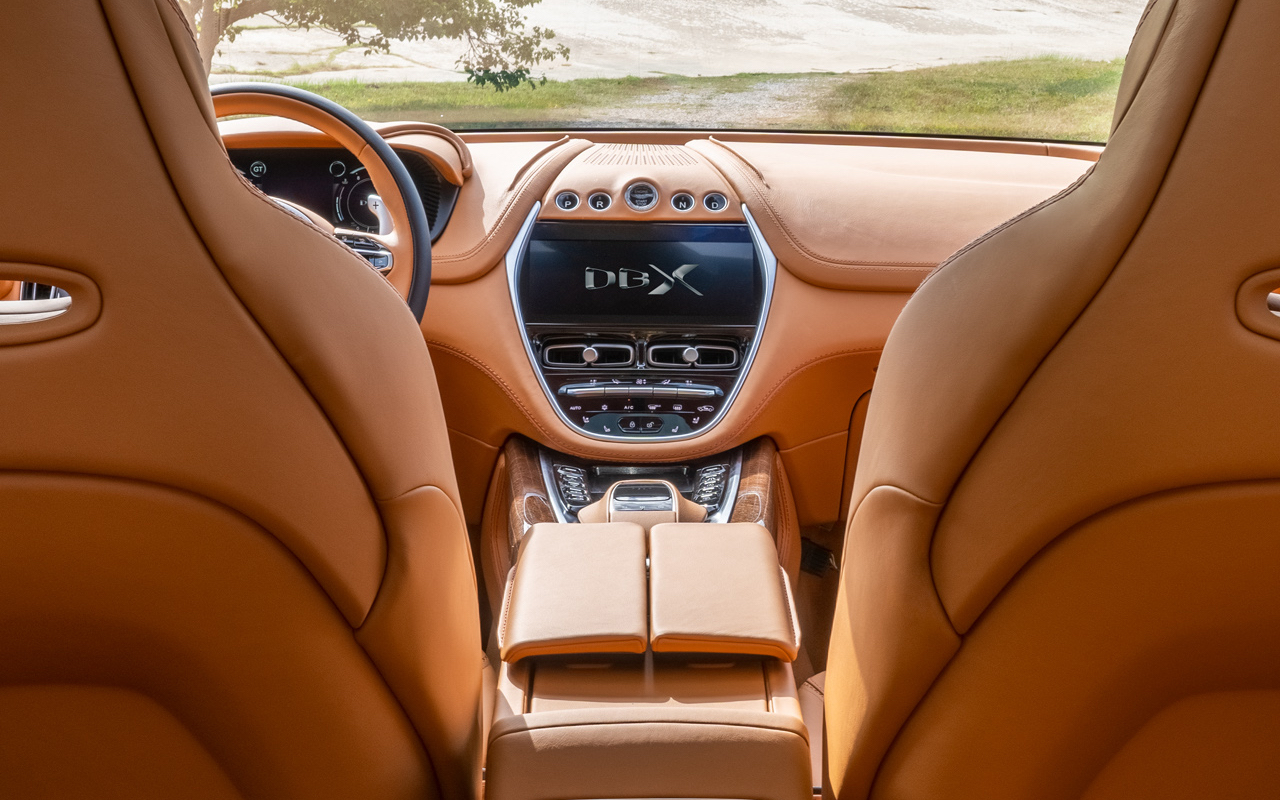 What’s uniquely Aston Martin, though, is the DBX’s platform. The decision to go with a bespoke chassis has meant more flexibility in how the seats are positioned, the automaker says, as well as around sight-lines and making sure that the roofline of the car is still as coupe-esque as you’d expect from the company’s designers. It also means more flexibility in things like storage.

The center console, for example, has a large storage space underneath that can fit handbags or 1.5-liter bottle. In the rear, there’s the promise of class-leading legroom but without the bench seat being raised up unduly. The panoramic glass roof should help keep the whole thing airy, too.

Of course, what many would-be DBX buyers have been waiting to find out is just how much the luxury SUV will cost. Aston Martin says that it’ll be unveiled officially on November 20 – at which point the order books will open, too – but it’s already confirming the starting price. 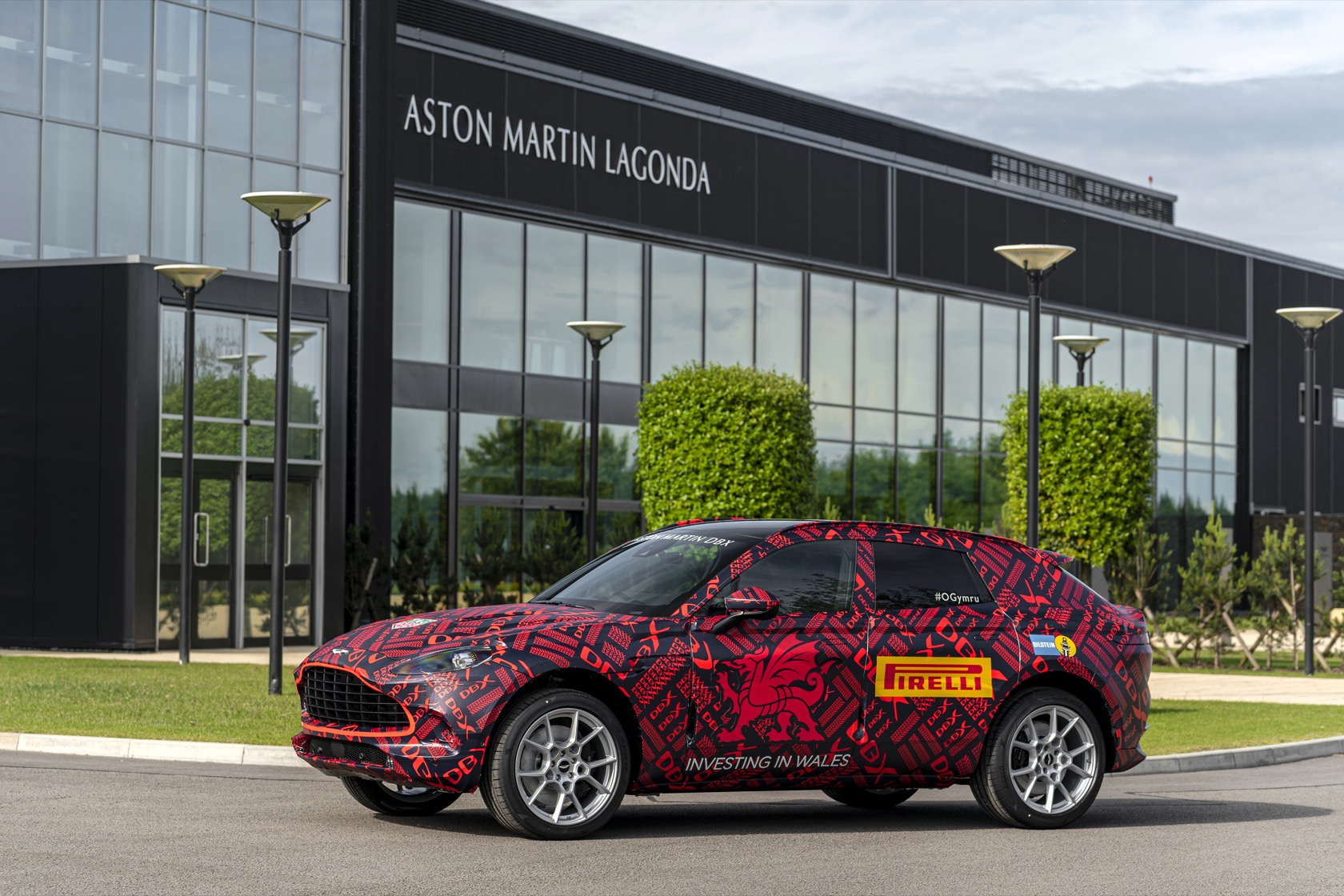 It positions the Aston Martin DBX competitively, compared to the current crop of luxe-trucks. The Bentley Bentayga starts from around $165k in V8 form or $232k for the W12 engine; Lamborghini’s Urus starts from $200k. A Rolls-Royce Cullinan will set you back $325k at least.