There’s something about Apple that brings people in and makes them feel at home, secure, and well taken care of, and as with all previous updates, never before has this been more true than with iOS 5 and the iPhone 4S. What you might wonder though, all of you out there who own Android devices and aren’t planning on making the switch, if there’s a set of apps that match up with what Apple is presenting as their newest most perfect package. Why, yes there is, and as our good pal Sam K shows us, the matching set has been around now for quite some time.

The image you see above is a play on the image you see below, the image you see below coming from Apple official regarding the newest operating system for Apple mobile devices, that being iOS 5 (a system we’ve got a full review of as well, now that you mention it.) What you’re about to see is a bit of matching that in most cases will lead you directly to Android Market links so you can grab the full alternate universe feel you’ve always wanted but never took the time to grab to show off to your Apple-loving buddies. I must warn you here though, that if you do grab all these apps and walk up to an iPhone 4S user saying how cool you are, you will instantly be vaporized by Apple ninja commandoes, as that is a function of Siri. She’s cold like that. 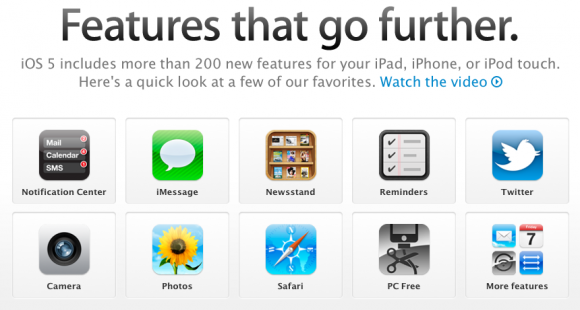 The newest version of iMessage is relatively comparable to several Android-based services including Google Talk(included on all Google-certified devices) (check out Chris Davies article on this situation), Facebook Messenger [market link], and Beluga [market link]. Apple’s Reminders can be compared to both Google Calendar and Jorte [market link]. Check out this awesome Google Calendar on Android video from the GoogleMobileBlog filmed all the way back in 2008 – the app has been updated QUITE a bit since back then.

Next there’s the mother of features coming with the iPhone 4S, that being Siri herself. It should be noted that at the moment nothing on Android has the same “fuzzy logic” technology working that Siri does for Apple, this brand of listening allowing Siri to understand what you’re asking basically no matter how you phrase it. What Android DOES have is several apps that allow you to use voice commands that are pre-set, such as “Call my wife” and translate what you’re saying into words. Some apps for this are: Google Voice Search [market link], Google Car Home [market link], and Vlingo [market link]. We spoke about these apps briefly back when we were first sure that the new iPhone would employ Siri. Vlingo has been around for a couple years now, check out this official video to watch it work – and also note that it’s been updated quite a bit since this video was filmed, as well: 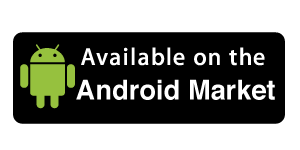 For Camera theres the perfectly awesome camera app that’s built in to every Android device (or every one of them that has a camera, of course), or you could use one of the billion camera apps on the Android Market in the Photography section. Here’s one for you: Camera ZOOM FX [market link]. For Safari there’s several web-browsing alternatives including the built-in web browser (called WebKit, for you Android aficionados), Dolphin [market link], and soon there’ll be an official Chrome for Android! Finally, as iOS 5 adds Wi-fi Sync, there’s apps such as WebSharing File/Media Sync [market link] to keep you going without any chords.

Note that there are other apps out there that work just as well as some of these – if you’ve got suggestions, please feel free to comment below with links to the market!

PLUS remember that Google and Samsung are about to release a new device wielding the newest Android Ice Cream Sandwich next week in Hong Kong. We’ll BE THERE LIVE in CHINA and will not only be reporting from the scene, we’ll be getting some hands-on time with whatever they end up showing off. That’s 10AM local time on the 19th – that’s the 18th and 10PM EST for those of you living in the states – we’ll be covering it all here on SlashGear!