With a little work, Google Talk could blow iMessage out of the water

As the rumors go, Apple’s iMessage announcement came as quite the unpleasant shock to the carriers, who until now had been happily encouraging SMS overuse on the iPhone. Reports of RIM executives weeping visibly over BBM are all anecdotal. iMessage promises to further prise the operator’s hands from the ruddy teats of the SMS cash-cow, shifting traffic to cheaper data connections instead. Yet the real game-changer may still be waiting in the wings: with a little work, Google could blow iMessage, BBM and SMS out of the water.

The concept behind iMessage is straightforward: rather than route text, audio and photo conversations via SMS and MMS, if iOS 5 figures you’re talking to another iMessage user, they’re fired off over your data connection instead. It’s the iChat app for iOS we’ve been waiting for, only with zero hurdles to usability – you don’t have to tell your iPhone if you’re wanting to use SMS or data, since it figures it out itself.

Google has an IM system in the shape of Google Talk and, in the latest version of Android, Gingerbread 2.3.4, it has voice and video support too. The particular strength of GTalk, however, is in its cross-platform support. Gmail users can log into GTalk in the browser, while PC users have the choice of a standalone chat client too. That standalone client supports file transfers, as well, and a few years back Google added group chat support. Problem is, it doesn’t consistently offer the same features across the board. 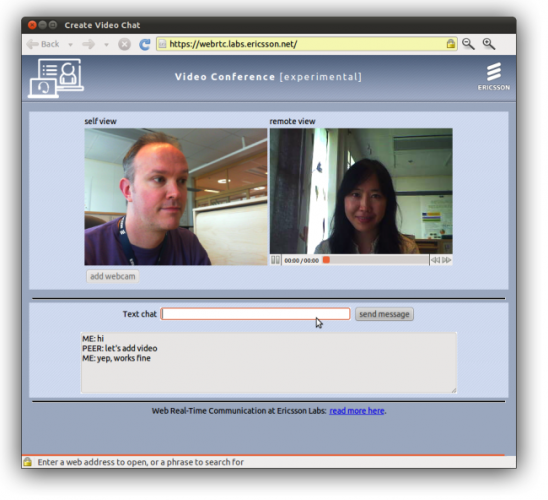 Most of the challenge is joining the dots, not inking them in the first place. But Google’s real hidden weapon is in WebRTC, the open-source project it kicked off after acquiring GIPS last year. Using a combination of straightforward HTML and JavaScript, WebRTC puts video conferencing into the browser rather than demanding a specific client-side app.

Although in reasonably early stages of development today, eventually WebRTC will offer a far more open, easily-accessed way to hold voice and video calls than the popular existing systems like Skype and, more recently, Apple’s FaceTime. Google has already confirmed that its GTalk team is working on shifting the platform from iSAC to WebRTC; the search giant is also working with Mozilla, the IETF and W3C to cement WebRTC into a set of open standards which developers can use at their whim.

As those pieces slot into place, Google will have a system that works on Android phones, Android tablets, Chrome OS based Chromebooks, in the browser – whether you’re using Chrome, or any standards-compliant alternative – and anywhere else developers decide to leverage it. GIPS had already cooked up iOS and Windows Mobile versions prior to being acquired: if Google can add the same functionality to its existing Google Talk for BlackBerry, iOS and other platforms, that’s a foot not just on Android devices but across the board in a way that neither iMessage nor BBM offer.

WebRTC will undoubtedly take time to polish. Nonetheless, Google isn’t far from a mobile/tablet/desktop inter-connected iMessage alternative in GTalk. Carriers should probably get used to the idea of some sleepless nights to come, as two of the biggest smartphone platforms in the world get very serious about doing messaging on their own terms.