Apple’s iPad Pro 2 refresh could sneak in next week

Apple could surprise us next week with new hardware, rumors from the supply chain suggest, potentially refreshing the iPad Pro line-up without the ceremony of an event. Expectations that the Cupertino company will revamp its tablet range this month have circulated for some time now, with analysts and others all suggesting both the 9.7- and 12.9-inch iPad Pro will be replaced by new versions. Now, there’s the possibility that Apple will do that with little more fanfare than a press release.

That’s according to Mac Rumors‘ sources at an unnamed but “reputable” supply chain analyst firm. They apparently expect an Apple product launch before March is out, most likely sometime between Monday, March 20 and Friday, March 24. However they did not suggest what the products themselves might be.

Still, based on the leaks we’ve seen up to now, it’s not hard to make some guesses. The consensus is that the iPad Pro is the most likely Apple product to get a refresh next: the original 12.9-inch iPad Pro was released all the way back in November 2015. Even the subsequently-launched 9.7-inch iPad Pro is now a year old.

According to some leaks, Apple actually has a further two iPad Pro waiting in the wings. One is supposedly a new, smaller version, with the same 7.9-inch screen size as the iPad mini. That would seemingly replace the existing iPad mini 4, adding things like Apple Pencil support in the process and, potentially, a Smart Keyboard accessory. 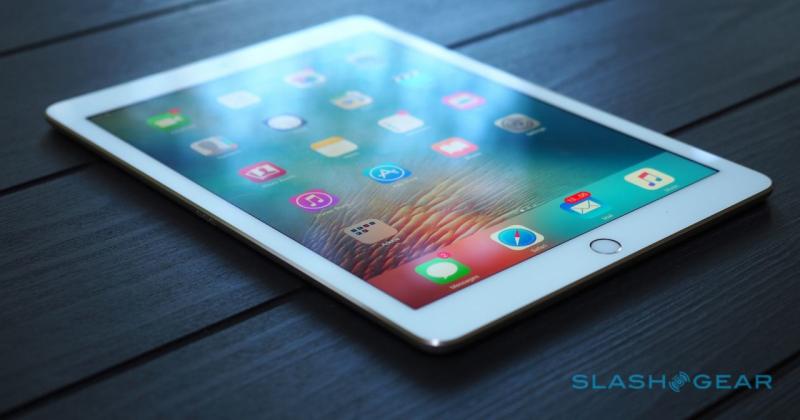 Arguably more intriguing is the chatter of a 10.5-inch iPad Pro, that would slot in-between the two current models. Effectively a new flagship to the range, it’s believed to introduce a distinctly different industrial design, with slimmer bezels than the current tablets. That’s helped in part by supposedly doing away with the physical home button that has been a mainstay of iPad since the very first generation slate back in 2010.

In the process, Apple could fit a larger display into the same dimensions as the 9.7-inch iPad Pro. The 10.5-inch tablet is also said to use a higher screen resolution than the Retina panel currently deployed, and feature a four microphone array to go along with the quad-speakers. However, some reports have pegged the tablet’s release date as having been pushed back further into 2017.

As a result, this supposed announcement in March could be part one of a two-phase tablet update. Apple could be getting the more formulaic updates out of the way – a new True Tone display for the iPad Pro 12.9, better cameras for that and the iPad Pro 9.7, and faster processors – for its existing tablet sizes. That would pave the way for all the attention to be placed on the brand new iPad Pro 10.5 at an event later in the year. In fact, that event could take place as soon as April.

Nonetheless tablets aren’t the only potential news Apple might surprise us with this month. Also making headlines recently is the possibility of 128 GB iPhone SE, upgrading the maximum storage on the smaller iPhone that has proved surprisingly popular despite the iPhone 7 and iPhone 7 Plus. The latter two are also tipped to be made available in a new, red finish, perhaps as part of Apple’s ongoing PRODUCT(RED) range.