Apple Watch sales broken down by shipments, units, and revenue

Today we’re breaking down all the information available to us on sales of the Apple Watch in the first quarter it’s been on the market. While we can pinpoint the exact in-store date and pre-order dates for the device, these dates are irrelevant. Apple and Strategy Analytics have already given us all the information we need to get a basic assessment of the number of units sold as well as a basic outline of how much revenue Apple likely makes per Apple Watch sold.

If we assume the “Other Products” category’s bump by about $1-billion over the past quarter is all attributable to the Apple Watch, we can begin to break down the range of devices that could have been sold by Apple. To do this, we’ll also have to assume that today’s report by Strategy Analytics is accurate. 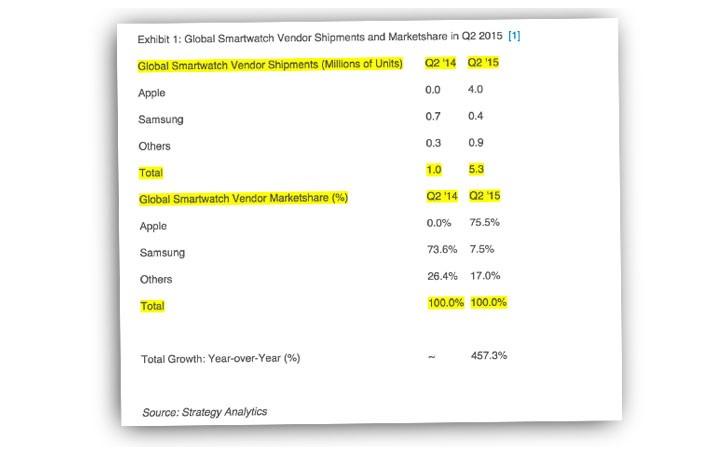 Strategy Analytics suggests that Apple shipped* 4-million Apple Watches over the past three months, the same three months Apple reported on this week. Apple didn’t likely sell every single unit, but we can use this number as a high-end estimate for units sold.

Next we’re looking at Apple’s financial report as of yesterday.

Using Apple’s breakdown of units sold and revenue total for the past quarter, we find that the following is true:

If we suggest Apple sold every single one of the Apple Watches Strategy Analytics suggests they shipped, we see Apple earning an average of $250 per watch. That seems a bit low – which is good, since – again – it’s not likely Apple sold every watch they shipped to stores.

If we assume Apple sold around 3-million units of the Apple Watch, we get an average revenue per unit of $333.33. Now we’re getting closer to a likely real point of revenue per unit.

Assuming Apple makes roughly the same amount of revenue per Apple Watch as they do per Mac, we can figure around 2.4-million Apple Watches sold over the past quarter.

If Apple makes as much per Apple Watch as they do on the iPhone, they likely sold closer to 1.52-million units this past quarter.

Just yesterday Apple’s chief financial officer Luca Maestri suggested that the Apple Watch sold more units in its first 9-week span than either the iPhone or the iPad in their respective first 9-week periods on the market. 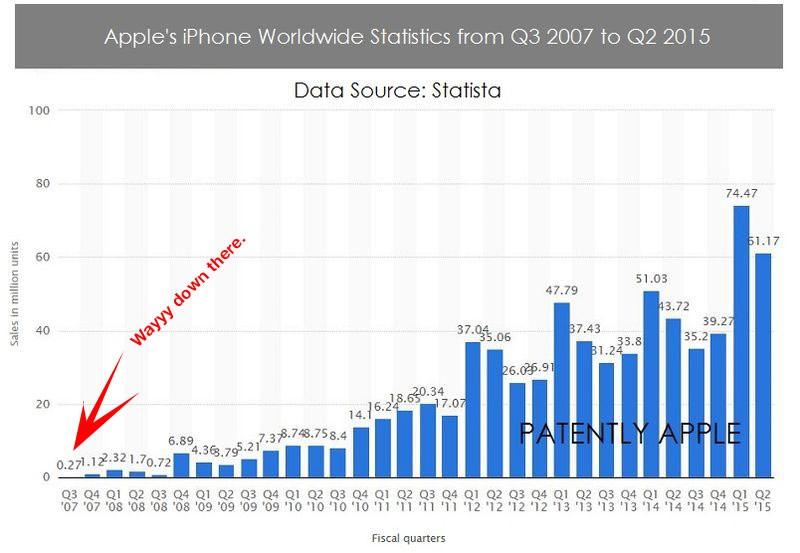 The first 9-week period of the iPhone being on the market were rather tiny compared to how much they sell each quarter more recently, selling less than a million units (closer to 270-thousand units, if we’re to believe this Statista data as harvested by Patently Apple) in the first full quarter on the market.

The iPad did a lot better.

According to Apple, the iPad sold 2-million units in its first 60 days on the market. That’s three days short of 9-weeks. So we can raise our mark up just a bit again to near the revenue-per-device of the Mac.

If we’re being SUPER safe about estimates, we can guess between 2-million and 4-million units sold for the Apple Watch in its first quarter on the market.

If we’re being realistic, assuming revenue-per-device isn’t super staggering, we can lower our estimate range to between 2 and 3 million units sold.