On launch day (early morning?), we saw Apple Watch’s shipment timeframe slip from April 24 to a few weeks later. Then, it was four to six weeks out; later, Apple would only promise your Apple Watch would ship sometime in June. That leaves many impulse shoppers with no avenue for getting their Apple Watch unless they pay exorbitant amounts on eBay. If you can hold out until June (at the earliest), Apple retail boss Angela Ahrendts says they’ll have the Apple Watch in-store and ready for purchase.

The reason for the Apple Watch not being available for a quick pop-in purchase isn’t actually known. We know the Apple Watch sold well, and is reportedly highly desirable — but we also hear there are supply chain issues that might be slowing production down a bit.

In a memo to store staff, which you can find below, Ahrendts seems comfortable in being pragmatic, saying the Apple Watch “is not just a new product but an entirely new category for us.”

Ahrendts also promised not all future launches would be this way. Though they quietly discourage them, Apple still loves the lines outside their stores. 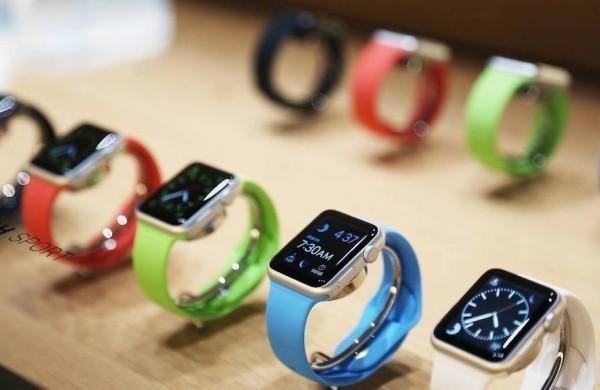 Apple Watch also has a lot of moving parts (pun intended). Apple has to concern themselves with case sizing and color as well as the various bands that accompany those watches. That’s a lot to nail down if you’re going to make Apple Watch widely available, and if the supply/demand issue is as we’re being told, June sounds appropriate.

Until then, Apple is encouraging us to buy online. Though Ahrendts only says this in-store dry spell will occur “through the month of May”, and I’m looking at June — she didn’t actually say June. It could actually be longer!

On behalf of Tim and the rest of the executive team, I want to thank you very much for making last Friday’s debut of Apple Watch unforgettable. The Previews going on in our stores and support from our Contact Centers are unlike anything we have done before.

The feedback from customers is overwhelmingly positive. They are excited about Apple Watch, and your teams are creating fantastic experiences for them. Customers who pre-ordered will start receiving deliveries next Friday as planned, and I know you will do a great job helping them get set up.

Many of you have been getting questions asking if we will have the watch available in store on April 24 for walk-in purchases. As we announced last week, due to high global interest combined with our initial supply, we are only taking orders online right now. I’ll have more updates as we get closer to in-store availability, but we expect this to continue through the month of May. It has not been an easy decision, and I want to share with you the thinking behind it.

It’s important to remember that Apple Watch is not just a new product but an entirely new category for us. There’s never been anything quite like it. To deliver the kind of service our customers have come to expect – and that we expect from ourselves – we designed a completely new approach. That’s why, for the first time, we are previewing a new product in our stores before it has started shipping.

Apple Watch is also our most personal product yet, with multiple case and band options because it’s an object of self-expression. Given the high interest and initial supply at launch, we will be able to get customers the model they want earlier and faster by taking orders online.

I know this is a different experience for our customers, and a change for you as well. Are we going to launch every product this way from now on? No. We all love those blockbuster Apple product launch days – and there will be many more to come. They’re the moments where you, our teams, shine. And our customers love them as well!

Apple Watch is an exciting new product and we are at the start of a very exciting time at Apple. You’re the best team on earth and you are doing an amazing job.
For customers who want to buy a watch, please continue to help them place their order online. Also make sure they know that, wherever they buy, Apple will provide them with a great Personal Setup experience – either online or in our stores. This includes syncing their Apple Watch with their iPhone and teaching them about all the incredible features of their new Apple Watch.

Thank you very much again, and I look forward to seeing you soon.