Apple Watch still shipping, but you’ll wait until June to get it

If you slept on the Apple Watch launch, you’re probably going to need some morning coffee before you read this. While a lot of people were tucked away in bed during the Apple Watch overnight launch, some stayed up. Some waited up (or woke up early) to order their Apple Watch, and it’s causing some supply/demand issues. If you want to order your new wrist-bound wearable, you can. It’ll just take until June before you actually see it arrive at your house.

Initially slated to arrive April 24, Apple Watch orders are now back-logged well into June. The Apple Watch order page doesn’t provide a solid date, only that you won’t see your Apple Watch for a solid six weeks if you order right now. Prior to this, May was as late as we’d heard Apple Watch may land. 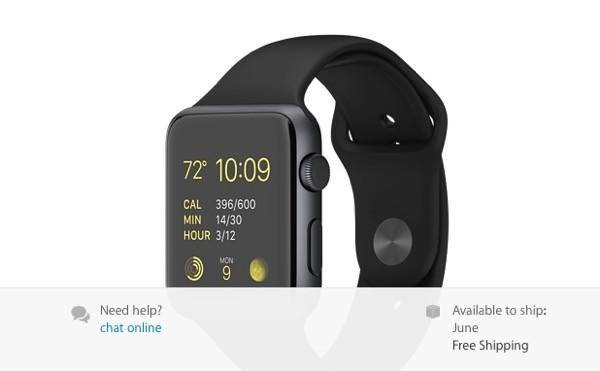 The June timeframe seems to hold steady across the Apple Watch lineup, too. I tried to order some I thought would be really popular (like the black Sport you see above), and ‘June’ was pretty much the answer I got at any given stop in my Apple Watch website ride.

All along, Apple was cautionary about supply for the Apple Watch, so we’re not surprised those interested won’t be able to snap one up just yet. Keep in mind this likely affects in-store appointments as well, at least to some degree.

In a previous post regarding best practices for getting an Apple Watch, I posited Apple may be earmarking some stock for in-store appointment orders. While we won’t know the shipping times on those orders until more stores start opening up in the US (soon on the East Coast), we’re thinking anyone who has a late-day appointment may hear ‘June’ as their delivery timeframe.