An Apple patent has surfaced detailing a pair of smart glasses that in some way feature augmented reality (AR) technology, the purposes for which seem to, in this case, revolve around presenting points of interest. The patent indicates something like a two-part system, in that the augmented reality system wouldn’t necessarily require smart glasses, but such a wearable device would greatly enhance the AR experience. Even better, these smart glasses have a type of ‘touchscreen’ support.

The points of interest, in this case, represent anything that someone may find interesting within what the patent calls a ‘real environment.’ Snap a picture of a city block with your iPhone, for example, and an augmented reality system like one detailed in the patent could identify and then point out points of interest within it — a historical building, popular diner, notable street art, or something like that. 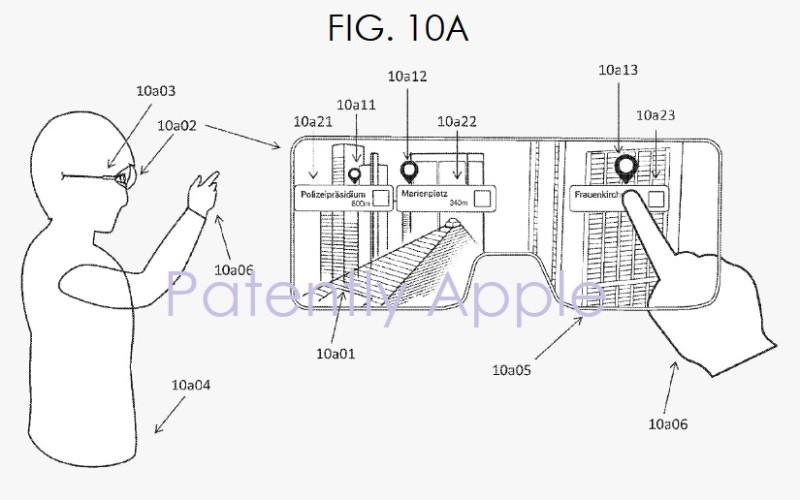 The patent includes illustrations showing this kind of AR system being made available on a phone (the iPhone, no doubt), but also smart glasses. These glasses, per the patent, would feature at least one built-in camera that could image the ‘real environments’ (that is, the physical world around the wearer) without the use of a connected smartphone, then select points of interest within that environment, visually identifying them for the user. 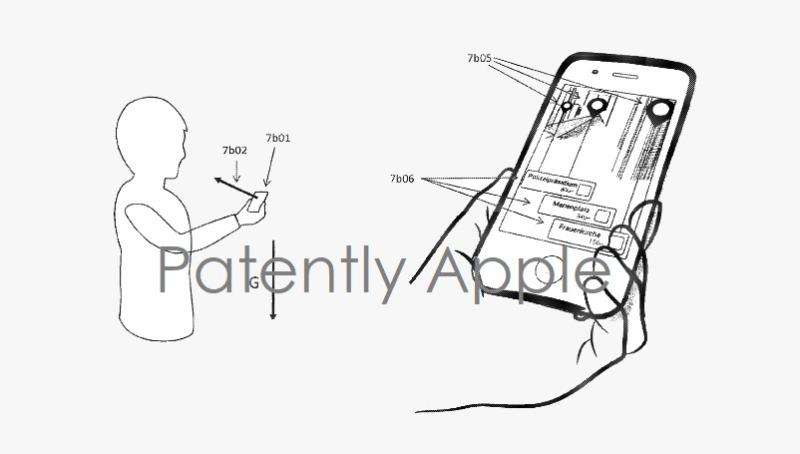 The patent details a technology that would (or could, at least) take things to the next level by adding a sort of touchscreen functionality to the glasses. In this case, a camera on the glasses could be used to identify where the user’s finger is pointing in the environment, reacting to it as if the person were tapping the object or location on the actual glasses display.

For example, someone wearing these AR smart glasses could look at a wall containing artwork, reach out and point their index finger at a particular painting. The camera monitoring the real environment in front of the glasses would take note of the user’s finger and react to it on the glasses, bringing up that point of interest with, perhaps, additional information about it. The patent describes the smart glasses’ display as ‘semi-transparent.’

The patent was uncovered by Patently Apple, which says it comes from Metaio, the company acquired by Apple a couple years ago. Of course, this isn’t the first time we’ve seen some type of ‘smart glasses’ patent surface from Apple, though this time around the focus is more heavily on the AR aspect than it is the wearable itself.