Tim cook mentioned earlier this year that Apple Music wasn’t “in it for the money.” Since then, Apple Music paid subscriber numbers grew from somewhere below 38-million to around 50-million. It would appear that not being in the streaming music business for the money is working out OK for Apple over the last few months.

This week a report from Fast Company quoted Tim Cook from a Fast Company interview from earlier in the year. As such, the quotes are popping up again this week as new, regardless of the fact that th were spoken back in January of this year. I thought it a good opportunity here to make that clear and at the same time take a peek at how much Apple Music grew since Tim Cook first made the comments we’re looking at today.

In January, Tim Cook responded to a question from FC about how streaming music wasn’t “a major moneymaker,” leading into a question about how Apple sees Apple Music, as a stand-alone profit area, or as important “for other reasons.”

“Music is a service that we think our users want us to provide. It’s a service that we worry about the humanity being drained out of. We worry about it a bits-and-bytes kind of world, instead of the art and craft.” said Cook. “You’re right, we’re not in it for the money. I think it’s important for artists. If we’re going to continue to have a great creative community, [artists] have to be funded.” 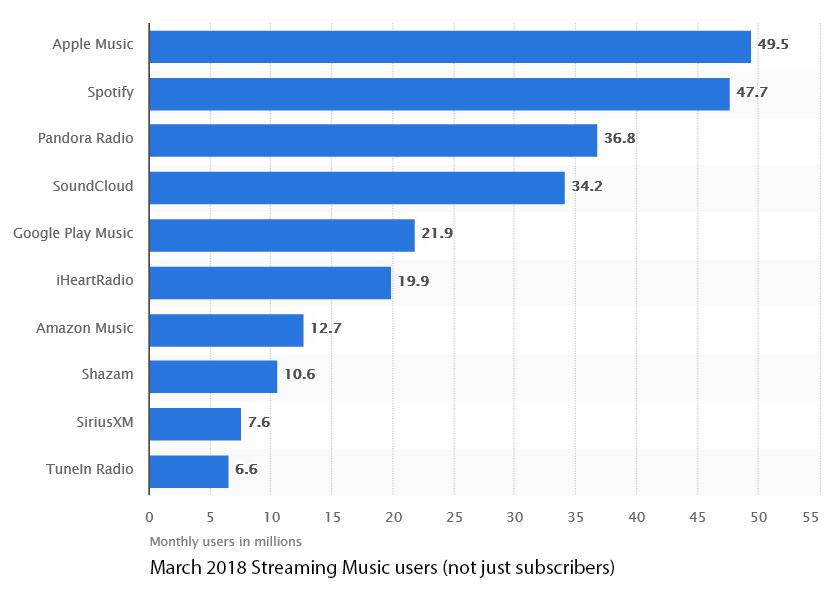 A Statista report showed “most popular music streaming services in the United States as of March, 2018, by monthly users (in millions).” Now this statistic is different from the rest in that it doesn’t focus specifically on paid subscribers. It shows Apple Music at 49.5-million users and Spotify at 47.7-million users. Next on the list is Pandora radio with 36.8-million users.

According to a Statista report, Apple Music had 40-million subscribers by April of 2018. This chart marks only paid subscribers – not free trial period subscribers. There was another bit of confirmation of this in April in a leaked memo, too. 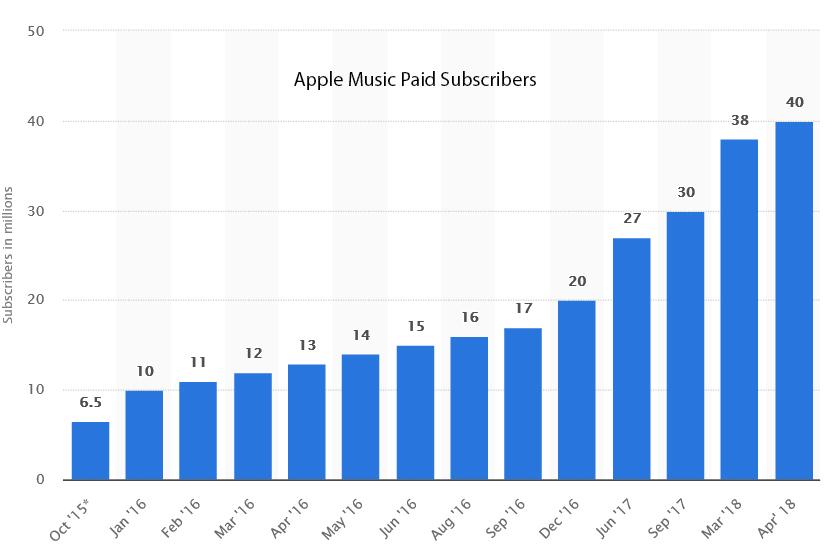 In May of 2018 we also saw a Tim Cook quote which suggested Apple was up to 50 million subscribers. In a sort of anonymously-sourced report from an insider music industry person in early July it was suggested that Apple had 25-million paid subscribers in North America alone, which would, if true, top that of Spotify’s North American paid subscriber userbase. 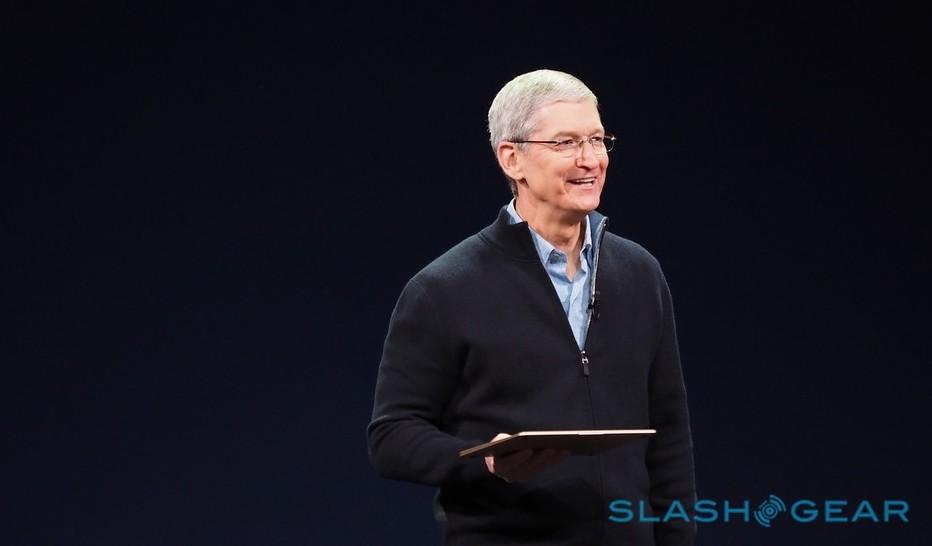 It would appear that no matter how you slice it, Apple is doing something right with Apple Music. Regardless of how “for the money” they are in this business, they’re gaining users as well as paid subscribers by the handful, and they do not appear to be at a plateau just yet.