Apple’s augmented reality glasses will be called the Apple Glass and be considerably more affordable in their first generation than might have been expected, a new leak claims, though don’t expect to be wearing them for a while yet. Long-rumored, the smart glasses would arguably be Apple’s biggest new product launch since the Apple Watch.

That’s meant there’s an unsurprisingly large amount of curiosity about just what Apple will be able to squeeze into the eyeglass form-factor. It’s a challenging segment to consider, especially when – like Apple – the focus is on broader availability to a mass market audience than the AR wearables we’ve seen so-far.

For a start, there’s the issue of transparent displays. Then you have processing requirements, and the sensors involved in mapping things like head-movement to the augmented reality graphics shown. Squeezing enough battery life into the smart glasses without them becoming too heavy to comfortably wear is another issue. Finally – but by no means least – there are the questions of software and price. 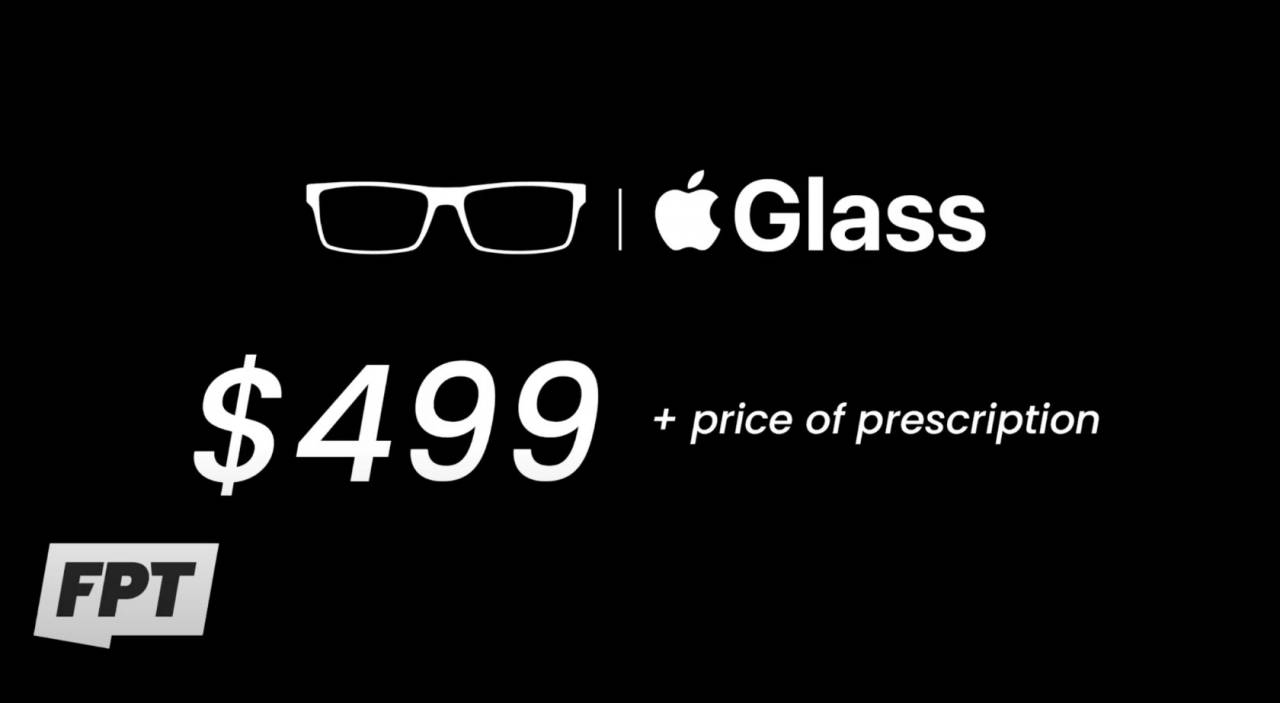 According to a new leak by Jon Prosser, who has had a run of accurate info on pre-announcement Apple launches, it’s that last factor which could be the most surprising. The first-generation Apple Glasses will start at just $499, his sources say.

That’s before you add in the cost of any prescription lenses, should you require them. Nonetheless, it’s a significantly smaller amount than many were expecting. Especially when you consider that, unlike existing smart glasses like North’s Focals shown above, Apple is apparently still intending to have both lenses operate as a transparent display, not just one.

To help achieve that, the sources say, Apple is offsetting most of the heavy lifting to your iPhone. Much as the original Apple Watch left running apps and most other software to the iPhone it was paired with, Apple Glass will do the same. This will presumably allow the company to use a relatively low-power processor in the glasses themselves, and in the process help maximize battery life.

As we saw with that first-generation Apple Watch, of course, there are downsides to such a system. The original smartwatch felt slower in use compared to later iterations that could run apps on-device. It also means that there’s no, or at least limited, standalone functionality.

All the same, it’s probably a sensible route for Apple to take with its glasses. The prototype Prosser says he saw was plastic-bodied, though the final Apple Glass may well be metal-bodied instead. The glasses charge, inverted, on a plastic stand, using a wireless system in a similar vein to the Apple Watch. They’re meant to look as much like regular glasses as possible; time will tell how well Apple manages to slim down things like the batteries, which can often make the arms of smart glasses much chunkier than those of their dumb counterparts.

In the prototype, there was only one visible camera: a version of the LiDAR sensor that Apple included in the latest iPad Pro 2020, embedded in the right temple. That’s expected to also feature in the iPhone 12 Pro and iPhone 12 Pro Max, set to be released this year. That sensor tracks depth data, feeding it to the latest ARKit 3.5.

On the software side, the interface Apple has developed for the Apple Glass is apparently known as “Starboard”: it’s navigated through gestures on, or in front of, the smart glasses. It’ll also recognize special Apple QR codes, details of which leaked earlier this week. 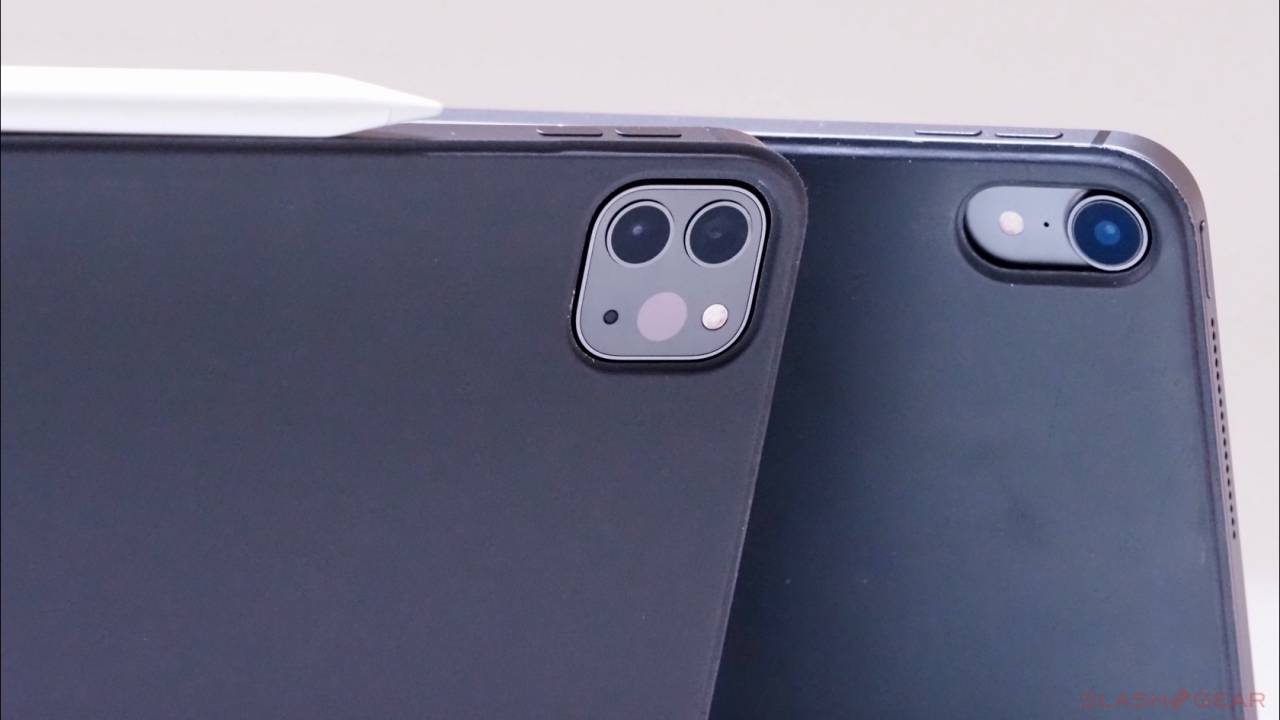 As for when you’ll be able to buy them – or even see them officially – there some patience will be required. Apple’s initial intent, it’s said, was to make its smart glasses a “one more thing” surprise at the end of the iPhone 12 event later in 2020. That, though, depends on whether the event, complete with press in attendance, goes ahead, based on how the COVID-19 pandemic progresses.

Instead, Apple may wait until its March 2021 event to show off Apple Glass. Even then, don’t expect retail sales to start until around Q4 2021 at the earliest, or potentially Q1 2022.

That’ll give Apple time to continue working on its software. The Glass team is apparently getting data dumps from the LiDAR sensor on the iPad Pro – and presumably that will expand to the iPhone 12 Pro’s sensors, when that phone is ready – so as to maximize the augmented reality performance from its software. That’ll be key, since it’ll be far more obvious if digital graphics don’t line up with their real-world counterparts when you’re staring at them both through a pair of transparent displays.

It’s a big leak, assuming it’s all true, though things could very well change considerably before we see Apple Glass officially. One project the company is said to be working on is getting sunglasses to work properly: right now, it’s believed, the tint just isn’t playing nicely with the digital displays.