The Google Assistant may not be able to drive for you yet, but with Anker’s Roav Bolt it can definitely help keep your phone safely in your pocket when you’re at the wheel. Some automakers – like Volvo and others – plan to bake the Assistant right into the dashboard, but the Roav Bolt offers an easy upgrade for anybody not yet in the market for a new car. Here’s how it holds up.

Setup is straightforward, with two options for connecting with your car depending on the nature of your audio system. First, the Roav Bolt slots into a 12V outlet: you get two fast-charging USB ports on the side, to keep your phone and another device topped up. 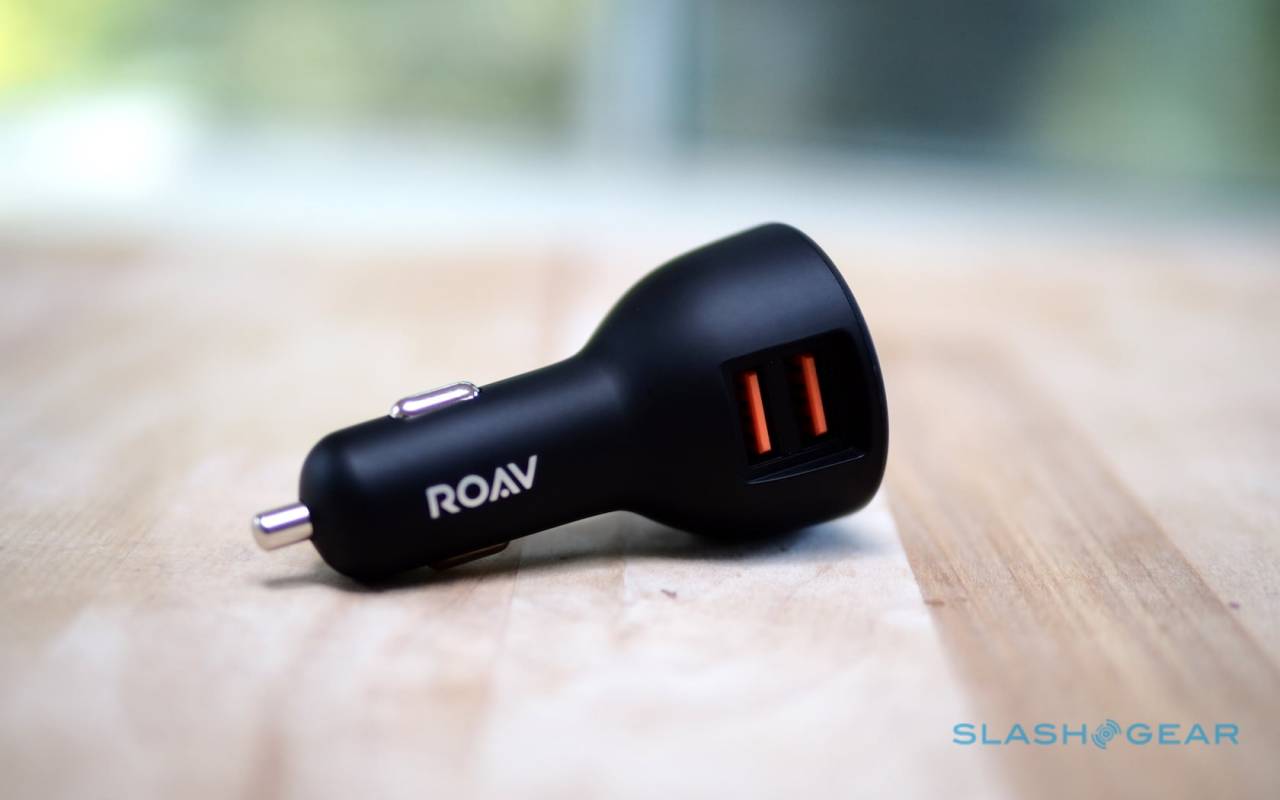 Google and Anker’s preferred audio connection is via 3.5mm aux-in. A roughly 3.5 foot long cable is provided in the box, plugging into a socket on the side of the Roav Bolt and then into the car’s aux-in audio port. If you don’t have such a port, however, you can use Bluetooth instead. 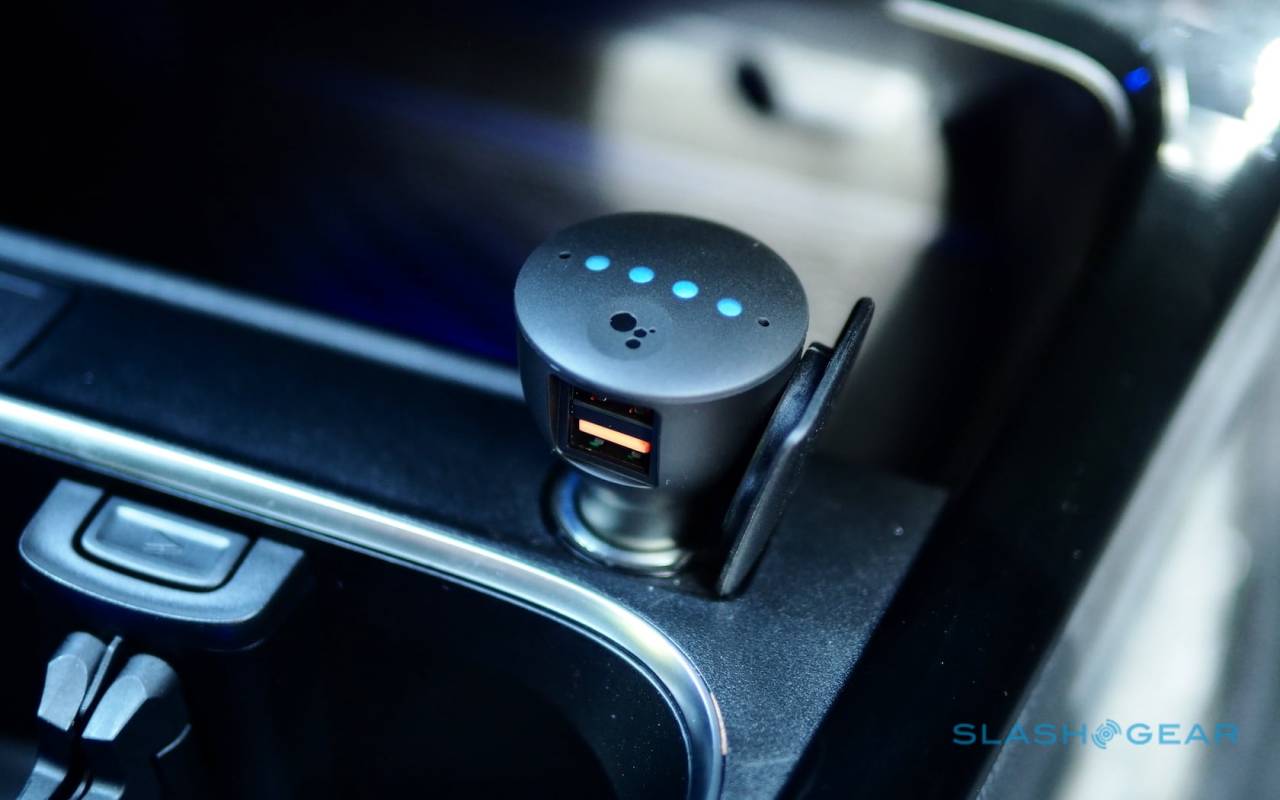 You’ll need a phone, too, with the Roav Bolt tapping into the Google Assistant and other apps on there. Unsurprisingly you’ll have the best results with an Android device – I tested using a Pixel 3 XL – though there’ll be iPhone support too. You won’t get all of the features if you’re an iOS user, however. The app wasn’t available for me to try, but Google tells me Assistant response latency might be slower than on Android, you may still run into times where you need to tap to select something on the iPhone, and mid-route POI search won’t work.

The Roav Bolt hardware is fairly simple. There’s a single button on the circular top panel, which can be tapped, short-pressed (for around half a second), or long-pressed (around twelve seconds) to trigger different features. A short press, for instance, launches the Assistant in the same way that saying “Hey Google” does; two single presses in succession mutes the microphone. 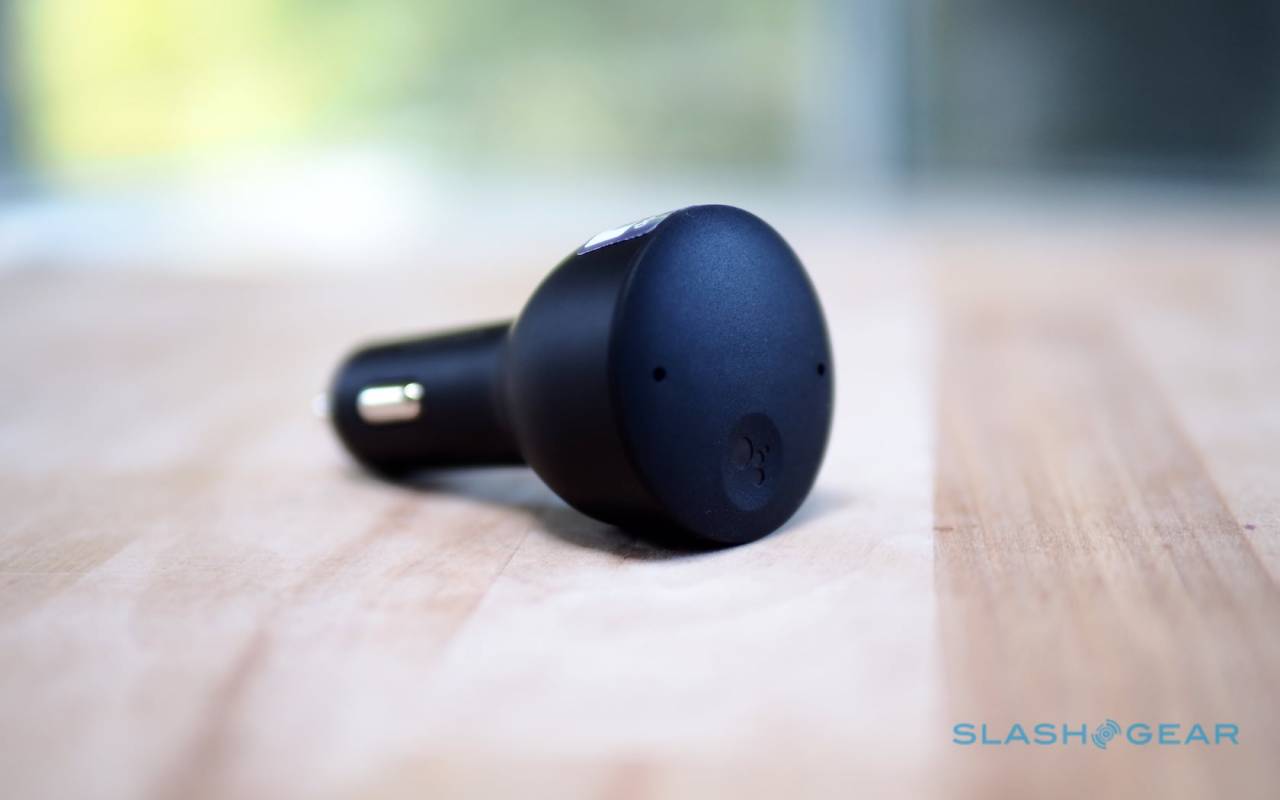 In fact there are two microphones, flanking a row of four LEDs that flash to show Bluetooth status, when the Assistant is listening or processing, and for other notifications. Anker has done some clever work with noise cancelation too, with the Roav Bolt listening to ambient sound in the car – including music it’s playing from your phone – and thus being able to distinguish the “Hey Google” wake-phrase even if you have the volume cranked up. It works impressively well.

Guide me, entertain me

You can do most of the things you usually would with the Assistant on your Google Home. Google tells me it expects calls, navigation, and entertainment to be the primary use-cases, though the Assistant will also be able to do the usual smart home control, reminder and task setting, and calendar management as you might through a smart speaker.

If you’ve set your home or work location in Google Maps, you can say “Hey Google, navigate home” or “navigate to work” and have turn-by-turn directions read out to you. If your phone is out – in a cupholder or dashboard cradle, for example – the screen will wake and Google Maps will load up too. The phone is still locked, though, behind that.

There’s comprehensive search, too, and voice control over directions. “Find the nearest CVS” gave me the closest result and its opening times, along with an ETA; as the Roav Bolt was directing me, I could add a waypoint by asking “Find a gas station on the way.” 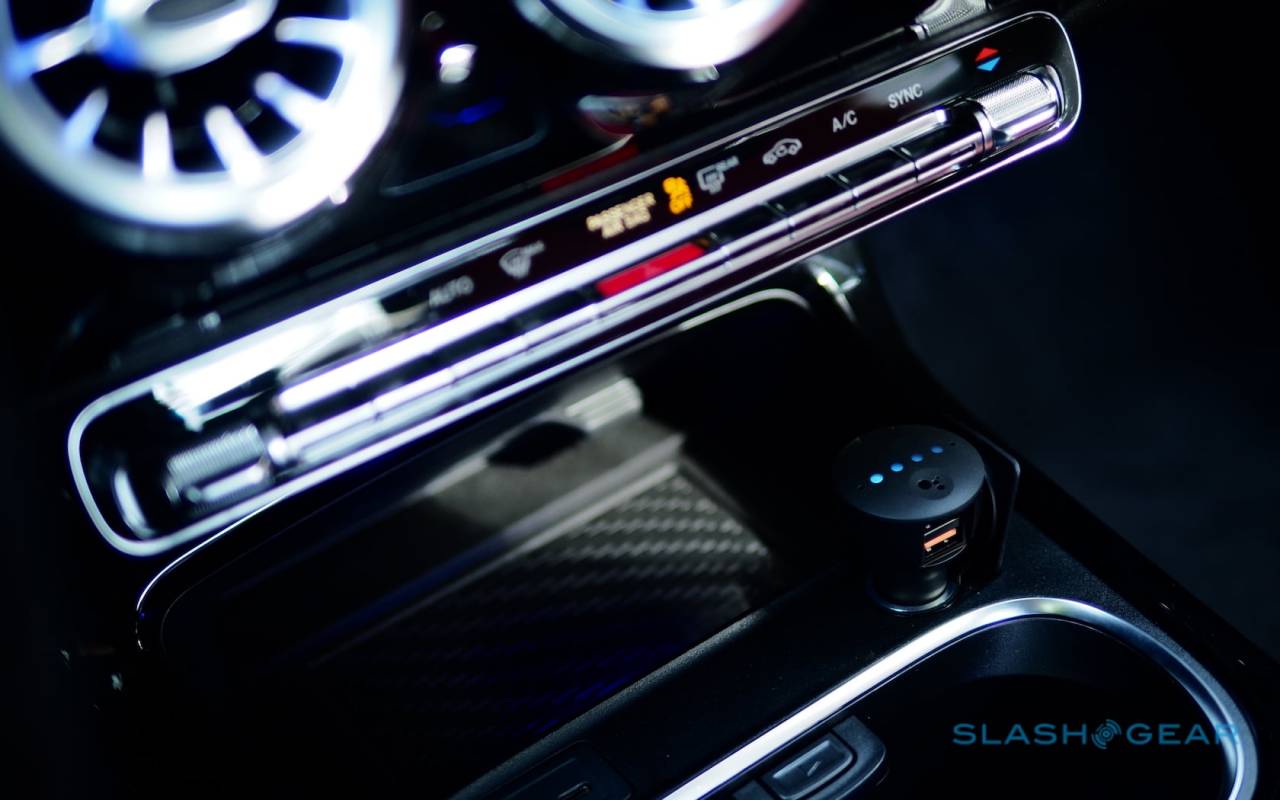 Messaging, too, is controlled by voice. “Hey Google, text Vincent” prompted the Assistant to check which Vincent I was referring to – it read out the full names of all three in my contacts, and then I said “the first one” to select – and then asked which number I wanted to use. The Assistant reads back your dictated message before sending.

You can be more granular with your commands, too, asking to send a message by a specific service like WhatsApp or Hangouts. Incoming messages are announced and then can be read out, and then you can optionally reply to them by long-pressing the action button. It’s worth noting that, if you’re an iOS user, you’ll only get message notifications, not the ability to send them.

Then there’s entertainment, which I suspect will be the most common application Roav Bolt owners make use of. While Google would probably prefer you to use its own music service, I had no problems using Spotify instead: “Hey Google, play OK Computer by Radiohead” automatically started it streaming in Spotify. As with messaging, you can specify which music service you want to use, or be more general and ask for a genre instead. 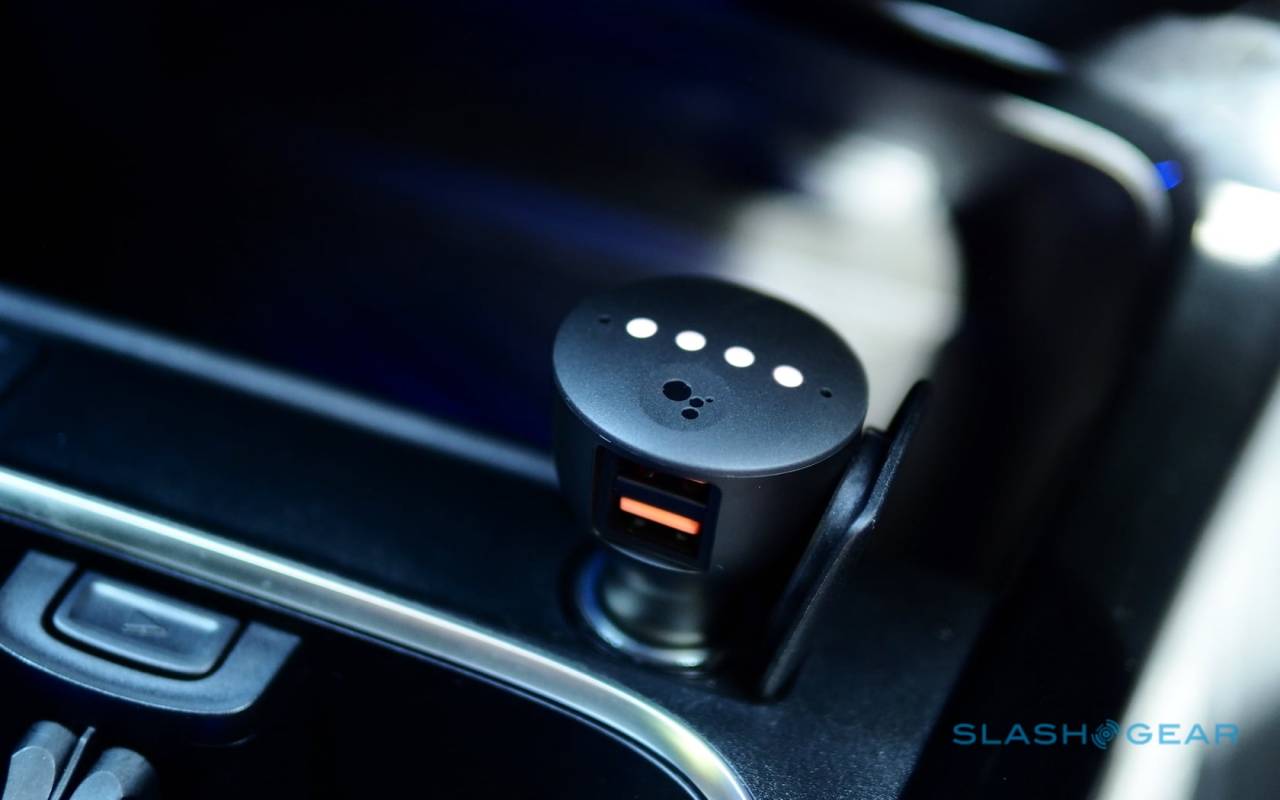 There’s also podcast and news support. With the latter, asking “Hey Google, what’s on the news” brought me an NPR newscast, playback of which I could then control by voice.

A smarter – and sometimes dumber – Assistant

Distraction is far more of a problem when you’re driving compared to when you’re interacting with a smart speaker at home, and so the Assistant has gained the ability to pick up on some attention cues. If you regularly listen to your incoming messages, for example, the Assistant will continue to play them in full. Ignore them, however, and eventually the alerts will be pared back to just the glowing orange lights on the Roav Bolt and a discreet notification tone. 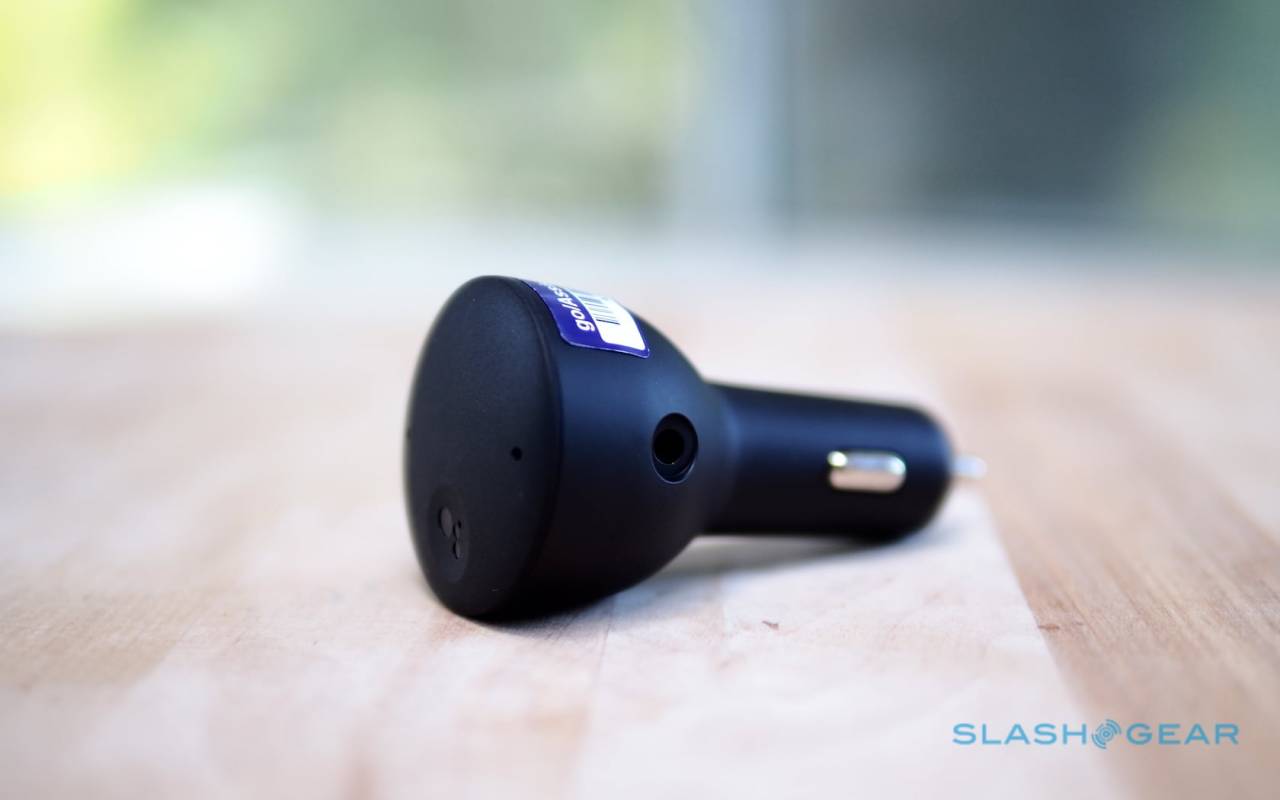 That’s the good part. I also found, however, that my tolerance for misunderstood questions and commands was a lot lower when I was at the wheel. Having the Assistant repeatedly say “I don’t know how to do that” when I asked it to send a message to a contact, even though it had done just that moments before, had me considering an act of mild road rage.

Some of the interface prompts still have rough edges, too. At times, when interacting with Google Maps, the Assistant would tell me to tap the search result I wanted. That’s not much use if your phone is in your pocket; even if it was out, though, Google Maps didn’t actually show me any options.

A solid start – and more to come

Even with the glitches, there’s a lot to like about the Roav Bolt. Google and Anker have more planned for the pipeline: top of my wishlist is multiple Bluetooth device support, which I’m told is being worked on. The preference there, of course, would be Bluetooth Multipoint, so that two phones could be connected simultaneously.

Where, meanwhile, does this leave Android Auto? If you’ve got a car that supports it – or the budget for an aftermarket head-unit with compatibility – that’s still a preferable way to interact with your phone and the Assistant. Having on-screen graphics, along with buttons you can press, just makes things easier. Personally, I find it far more straightforward to follow an on-screen map compared to spoken directions. 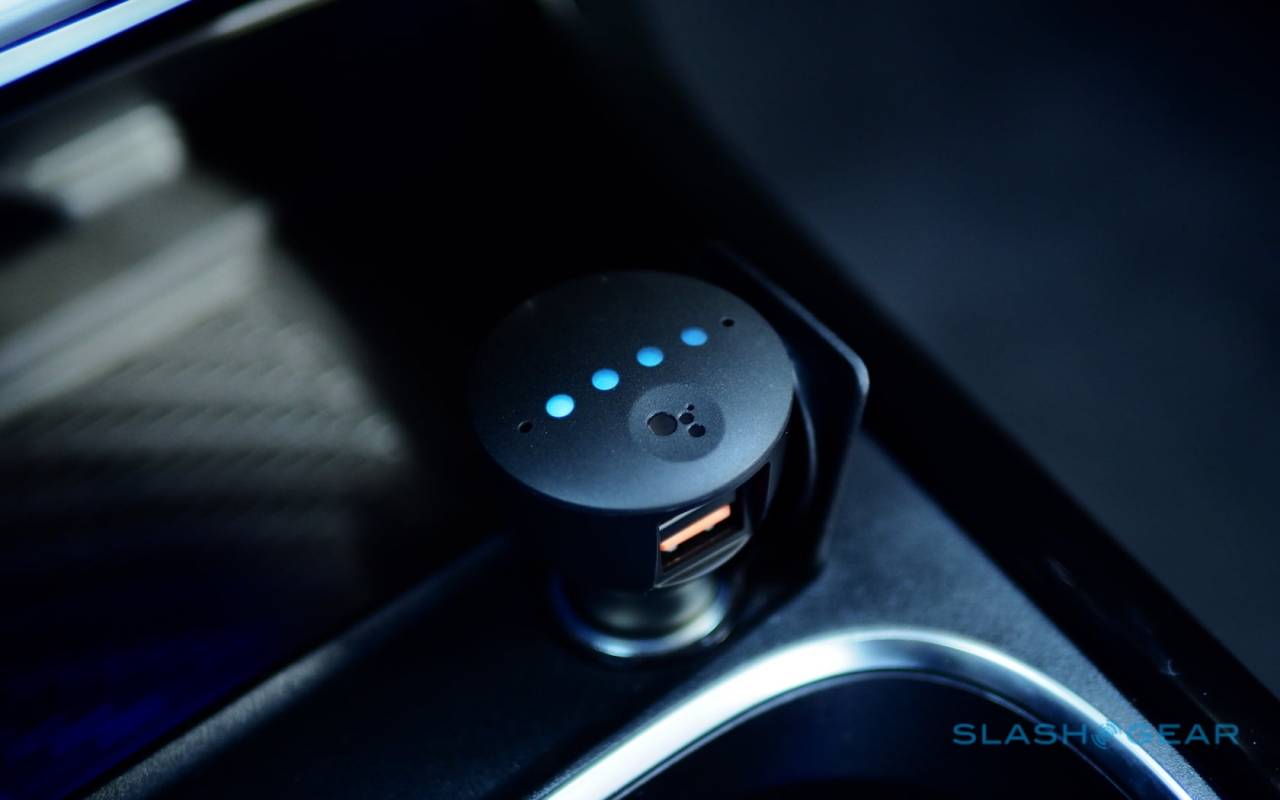 For those without a newer vehicle, however, the Anker Roav Bolt’s $49.99 price tag is alluring. Most cars will be compatible, either via aux-in or Bluetooth, and once you’ve got into the habit of asking the Assistant for support it’s hard to go back. Google’s service is so much better than most of the in-car assistants the traditional automakers are offering, too, both in terms of functionality, and understanding accents and natural language commands.

Amazon may have got to the dashboard first with the Echo Auto, but while its Alexa-powered gadget is cheaper, it’s still only available by invitation. In contrast the Roav Bolt is available from Best Buy and Walmart today. If you’re an Android user and a driver, it’s a worthy co-pilot.