Android will battle OS X and Windows: here’s why

Google’s Android operating system won’t just be for the “mobile” environment forever. Google’s Chrome OS hasn’t been a failure outright – but eventually it won’t be necessary for the company to distribute. Google’s latest hardware reveal, the tablet-with-keyboard Pixel C, is proof positive that Google isn’t afraid to treat Android like a desktop operating system. With rumors running rampant this week (for the millionth time in the past several years) that Chrome OS will fold into Android soon, I can’t help but think that Microsoft and Apple should be on the lookout.

Several of my extended family members use a Chromebook for their at-home computing. Always, and for every purpose. There’s no longer a real big reason to own anything more substantial if you’re the sort of person that uses their computer for the internet the vast majority of the time. Chrome works just fine for Facebook and Twitter and looking at the news.

But what about gaming? Chrome OS is not cut out for any sort of games beyond the real basics, all based on the web – or streamed through the web. Android, on the other hand, can already do a LOT.

Take the NVIDIA SHIELD Android TV for example. This device can stream your games from your high-powered PC – so it’s already on-par with what some of the most strung-out Chrome OS devices are capable of. It can also play Android games.

And with what companies like Valve are doing with their games – like moving Half-Life to Android – the rest of the classic games of this universe aren’t that far off. Below you’ll see Portal being played on an NVIDIA SHIELD Portable back in May of 2014. 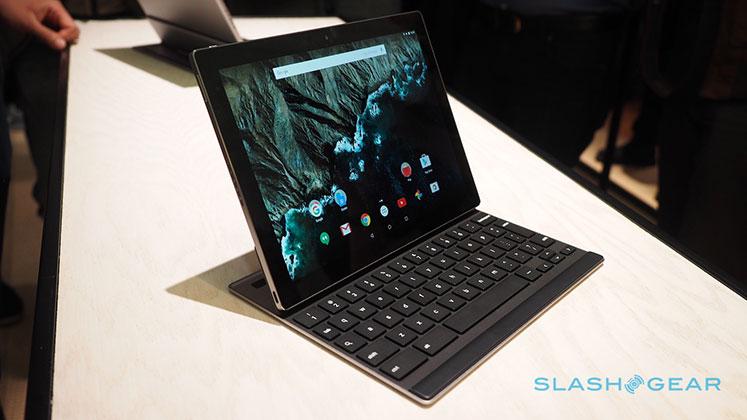 The rise game developer interest in Android proves the viability of the platform for handling high-powered apps and graphic-intensive experiences. Google has millions of users locked in to their app collection – Gmail, Google Maps, Google Photos, and Google account logins of all sorts.

With this ecosystem already in-place for Android smartphone users, the transfer to an Android laptop won’t just be handy, it’ll be enjoyable. Google has already proven they’re capable of creating a laptop themselves that’s within reach of the quality Apple executes with their MacBook line.

If and when Android’s UI can be converted to a more desktop-friendly environment, Chrome OS will no longer be needed and Google’s mobile desktop business can really begin to dominate.