It’s six years since the first Amazon Echo arrived, igniting a whole new category of smart speakers and making the idea of talking to a disembodied voice a little less weird, and now Alexa is getting some new, spherical digs. The fourth-generation Echo frees Amazon’s chatty assistant from her cylindrical tower, transplanting her in a new, ball-like speaker instead. For 2020, though, there’s a lot more to recommend.

The shape change – a ball in charcoal, white, or blue, slightly flattened on the base, standing about 5-inches high and 5.5-inches wide – isn’t just for aesthetics’ own sake. It gives Amazon space to squeeze inside two 0.8-inch tweeters and a 3-inch woofer; Google’s Nest Audio, in contrast, is short one tweeter. 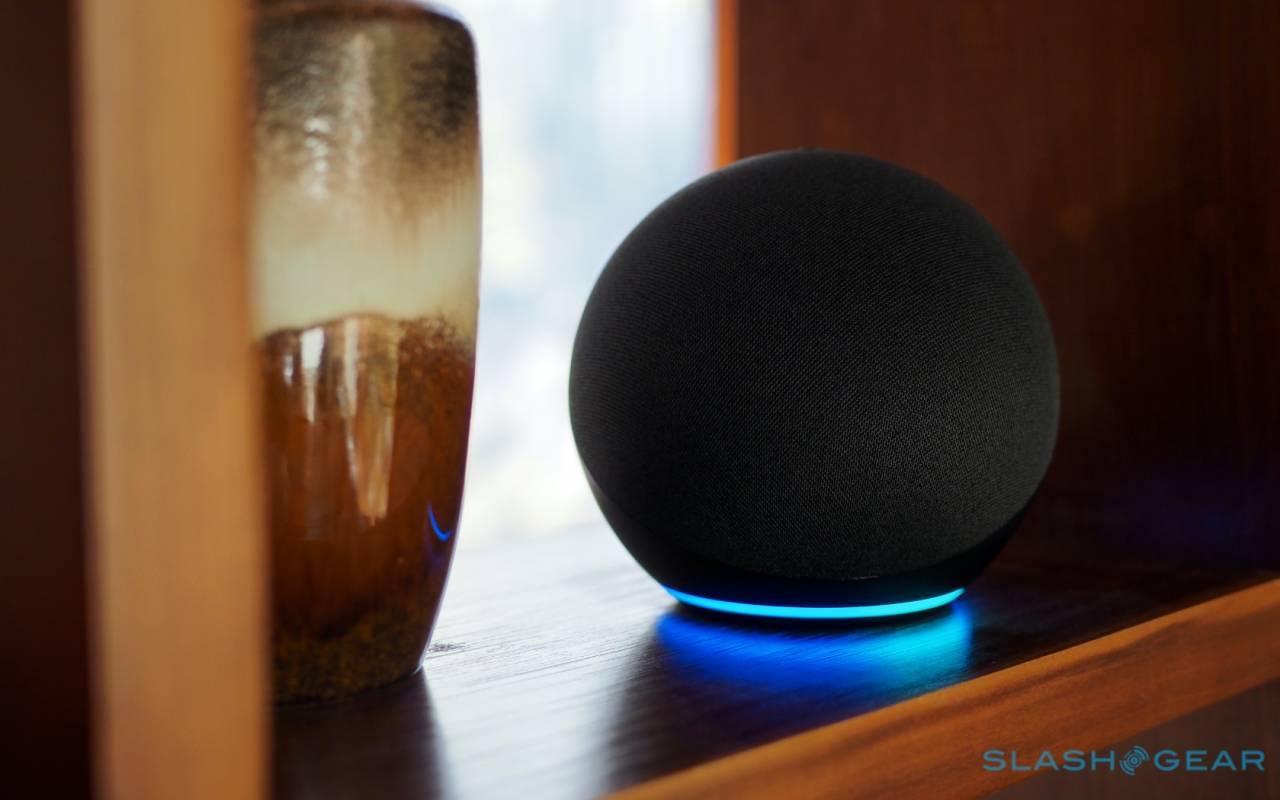 On the top of the fabric-wrapped sphere are four buttons, for volume, microphone mute, and triggering Alexa manually. The light ring, which animates to show that the assistant is listening or processing, has been moved to the bottom. Next to the power socket on the back is a 3.5mm line in/out, while on the base there’s a standard tripod screw mount. The Echo would look a little strange perched on your wall, but at least it has the option, unlike the Nest Audio.

Sharing space with the drivers inside are both WiFi and Bluetooth, the usual microphone array, and a host of smart home tech borrowed from the Echo Plus. The new Echo can work as a smart home hub for Zigbee devices, and when the new Amazon Sidewalk local networks go live it can log onto those, too. Amazon even packed in a temperature sensor, which Alexa can use to trigger smart home routines. 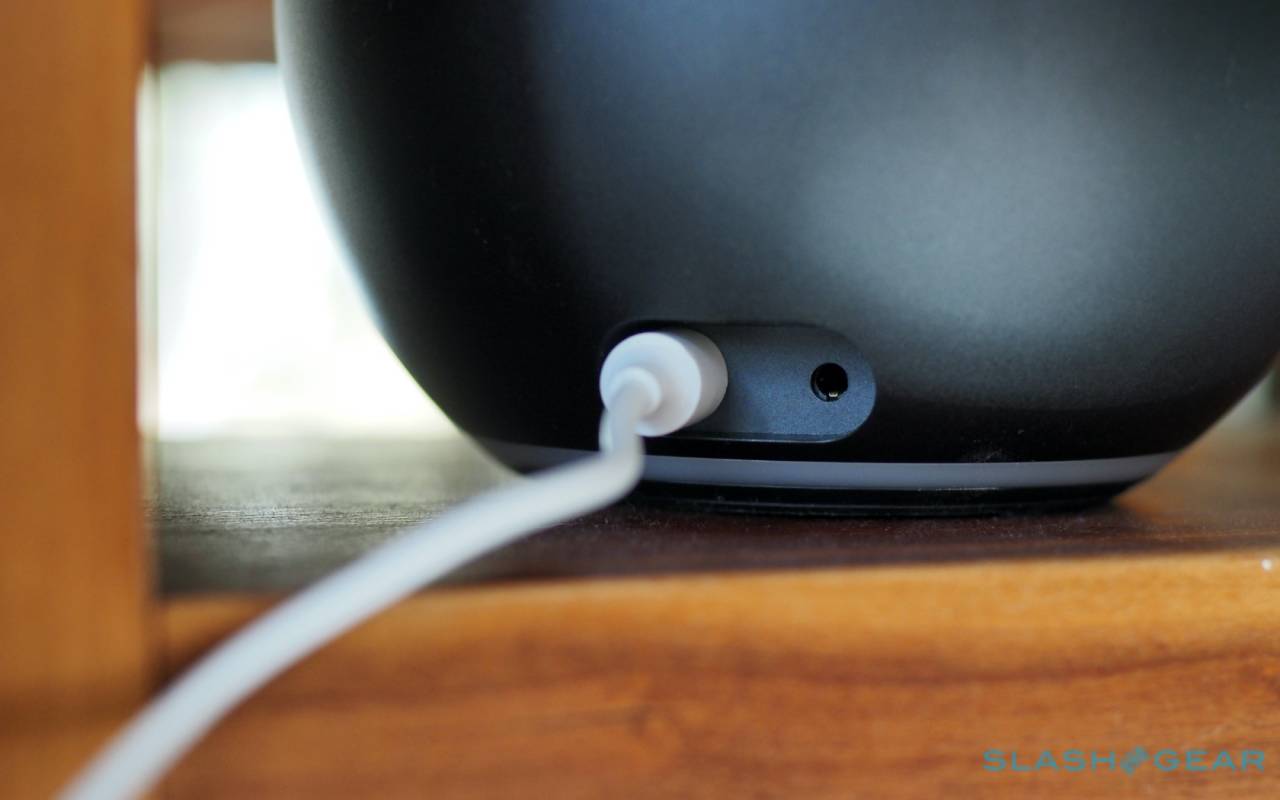 Useful stuff, but not as important as the fact that Alexa – and the streaming music services she can be used to control – simply sounds a whole lot better now. For a while now it’s felt like Amazon’s smart speaker range has divided into two main categories: inexpensive models like the Echo Dot, for those who primarily want Alexa interactions like trivia questions, timers, and IoT control, and more pricey models like the Echo Studio, for people who focus on audio quality.

The old Echo fell somewhere in-between, and felt a little lost for it. This new, fourth-gen Echo, however, stakes its place in the crowd far more confidently, not to mention more compellingly than the $99.99 price tag would imply. 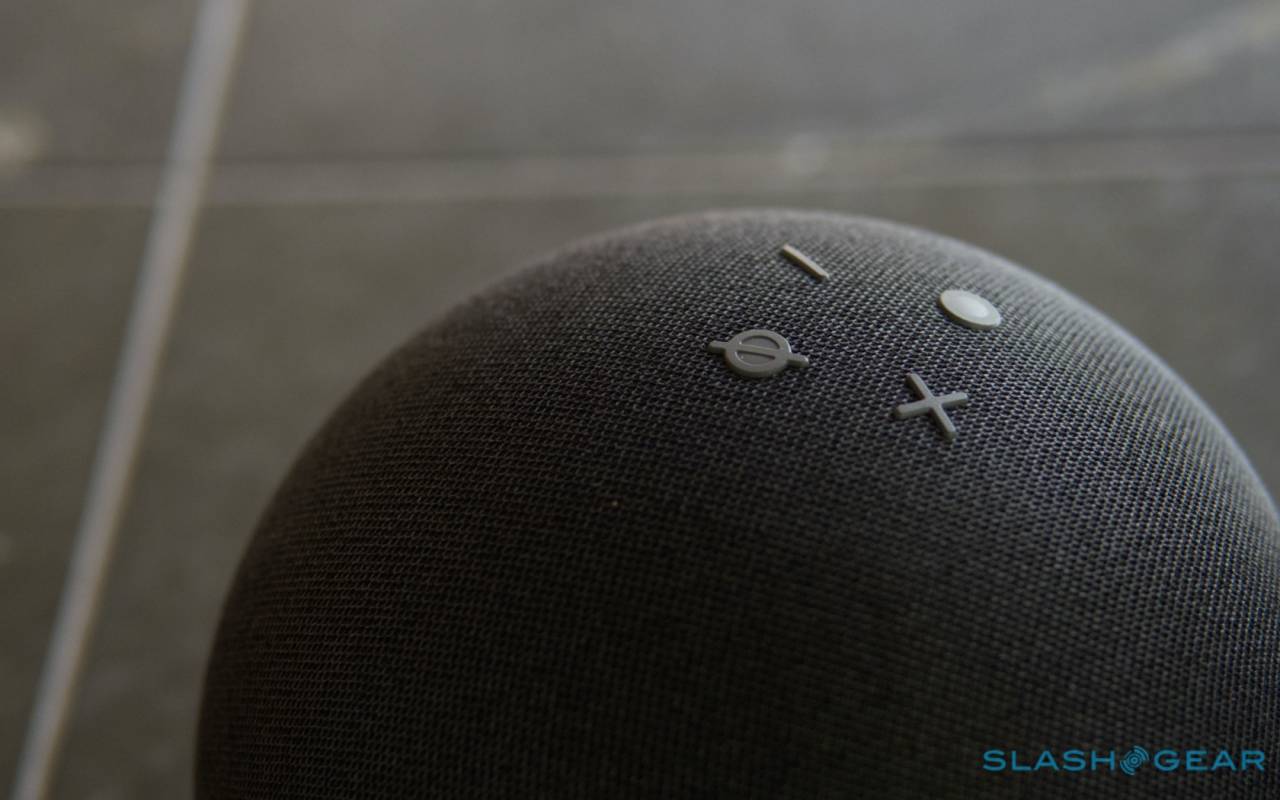 For a start it’s louder, much more capable of filling a room – or competing with a kitchen extractor hood – than the old Echo was. Equally key is that it doesn’t sound grotty at higher volumes. There’s an unexpected amount of bass, definitely more than the Nest Audio seems to deliver despite the similarly-sized woofers, and it’s neither flabby nor unpleasantly fizzy.

At the opposite extreme, I prefer Google’s speaker’s high-end, though that’s not to say the new Echo is bad. It’s certainly balanced with the bass, just lacks a little zest. Both struggle with the midrange, as is so often the case in speakers in this price range; side by side with a Sonos One and you can readily tell the difference in musicality, though considering that’s twice the price that shouldn’t come as much of a surprise.

There’s Dolby Audio tuning but not Dolby Atmos; for that, and for lots more bass, you’ll want the Echo Studio. I was surprised by the degree of stereo separation Amazon manages to coax out of the Echo, however, and if you want even more – or to use them as speakers with your Fire TV – you can wirelessly pair two together. 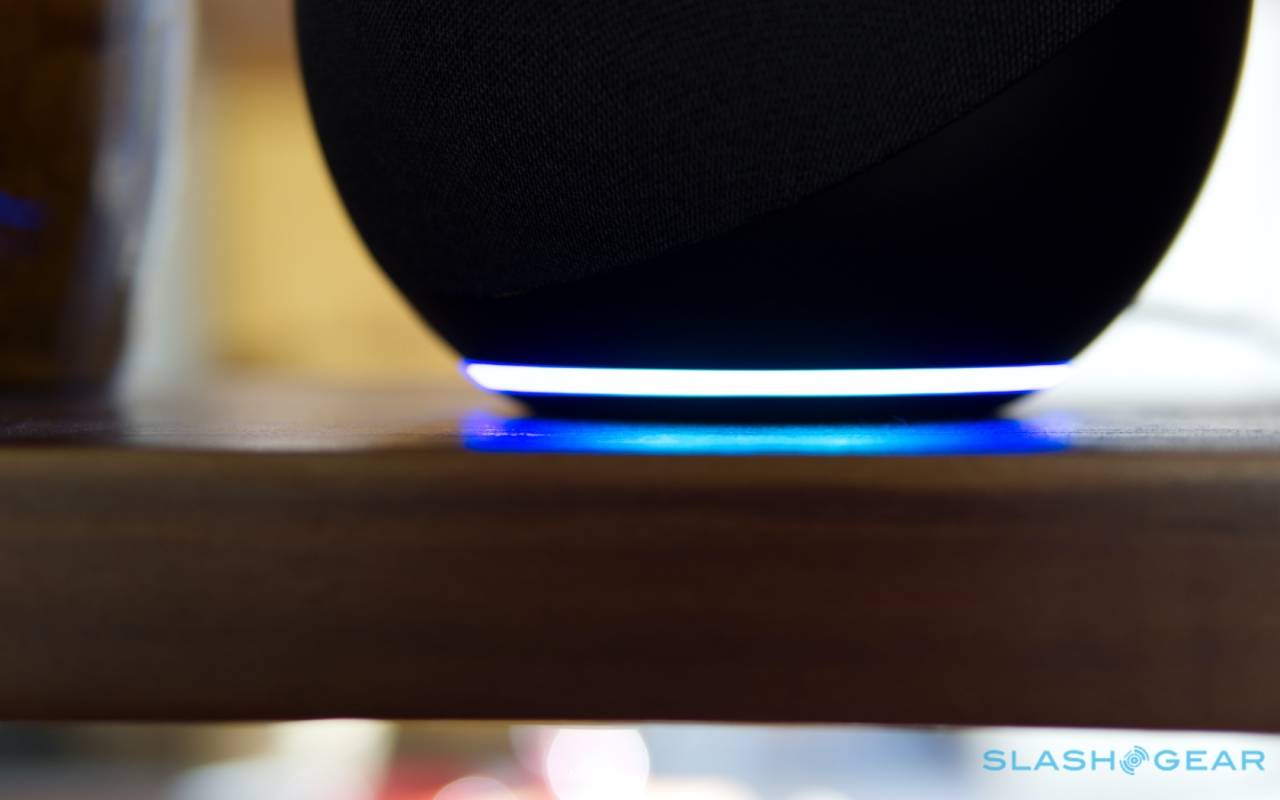 As for the Alexa experience, since the assistant really lives in the cloud there’s nothing the new Echo can be asked to do that original Echo speakers can’t. One thing Amazon nails is Alexa’s ability to pick up her wake-word, even in a noisy room. I definitely find I’m less likely to make use of a smart speaker as soon as I have to start repeating myself, so that sort of assistant perkiness is vital.

Amazon has a plan to improve it even further, too, when it lights up the new AZ1 Neural Edge processor that’s baked into the new Echo. The result should be more commands understood inside the speaker, rather than having to hand them off to the cloud for recognition, though we’ll have to wait for it to be enabled to see just what difference it makes.

It’s easy to assume the smart speaker wars are, if not settled, then at least established in their battle lines. If you bought into Alexa, you’re probably going to stick with Alexa; if you prefer the Google Assistant, or Apple’s Siri, then your speaker investment will be there instead. Fence-sitters like Sonos promise more flexibility, but the reality is that you still need to pick which AI you want to be talking to. 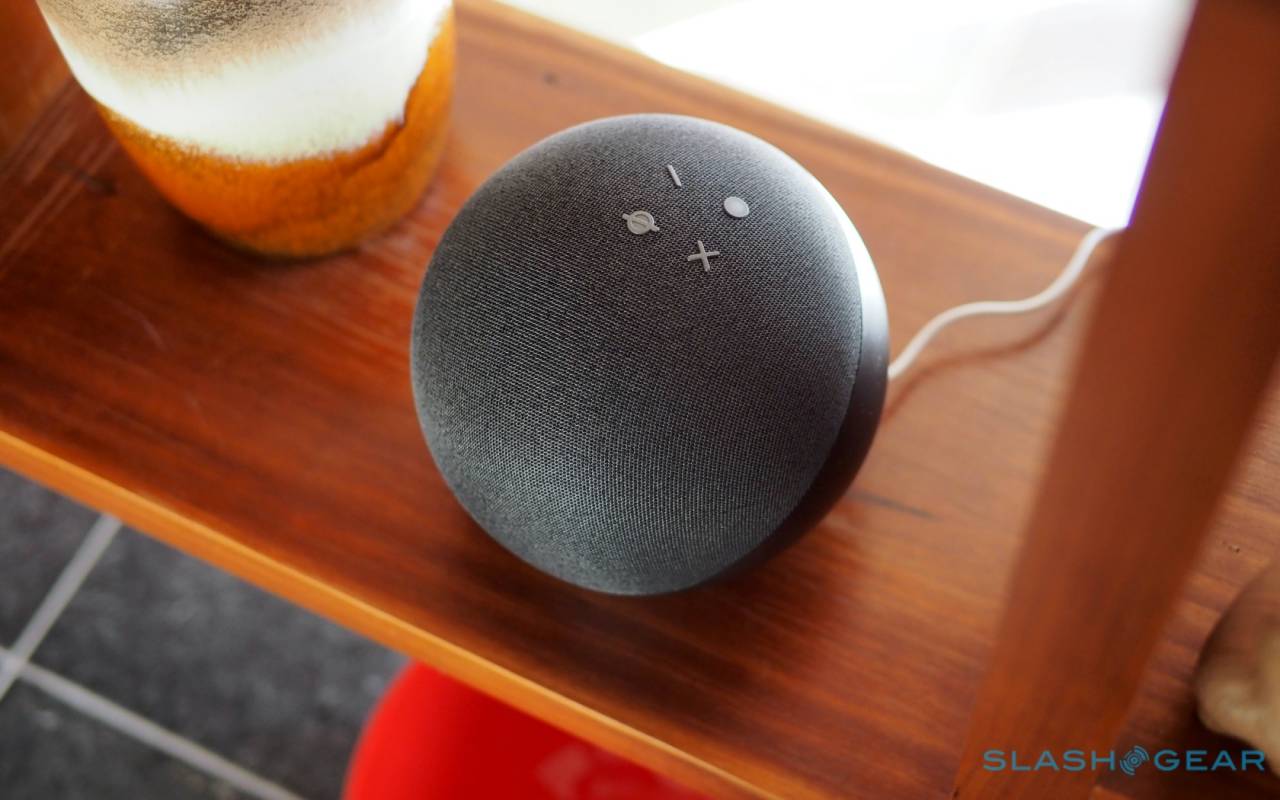 For those with an established Alexa setup, then, the decision will be more around picking between Amazon’s models. Here, the $99.99 4th-Gen Echo makes a far more aggressive pitch for your money. Far better audio quality than an Echo Dot, but more attainable than an Echo Studio, it feels like the original smart speaker has found its footing again.

If you’re not yet committed to an assistant, meanwhile, and you’ve got $100 burning a hole in your pocket, it comes down to priorities. I still find Google’s Assistant a little more useful for voice commands, but Amazon’s improvements in audio quality make 2020’s Echo a clear winner on that front. Beefier smart home hub capabilities are just icing on Amazon’s cake.