For a while it seemed like smart displays would be the next big thing for the Google Assistant, but the Nest Audio proves there’s still a compelling one-two punch in combining voice control and streaming music. Headed to stores today, the $99.99 smart speaker replaces the old Google Home and gets audio, processing, and style upgrades along the way.

Time will tell how rapidly Google will start running the sort of promotions that brought the cost of a Google Home down dramatically, but even out of the gate you’ll get $20 off for every two Nest Audio you buy. That means, though it’s $99.99 for one, it’s under $180 for a pair. 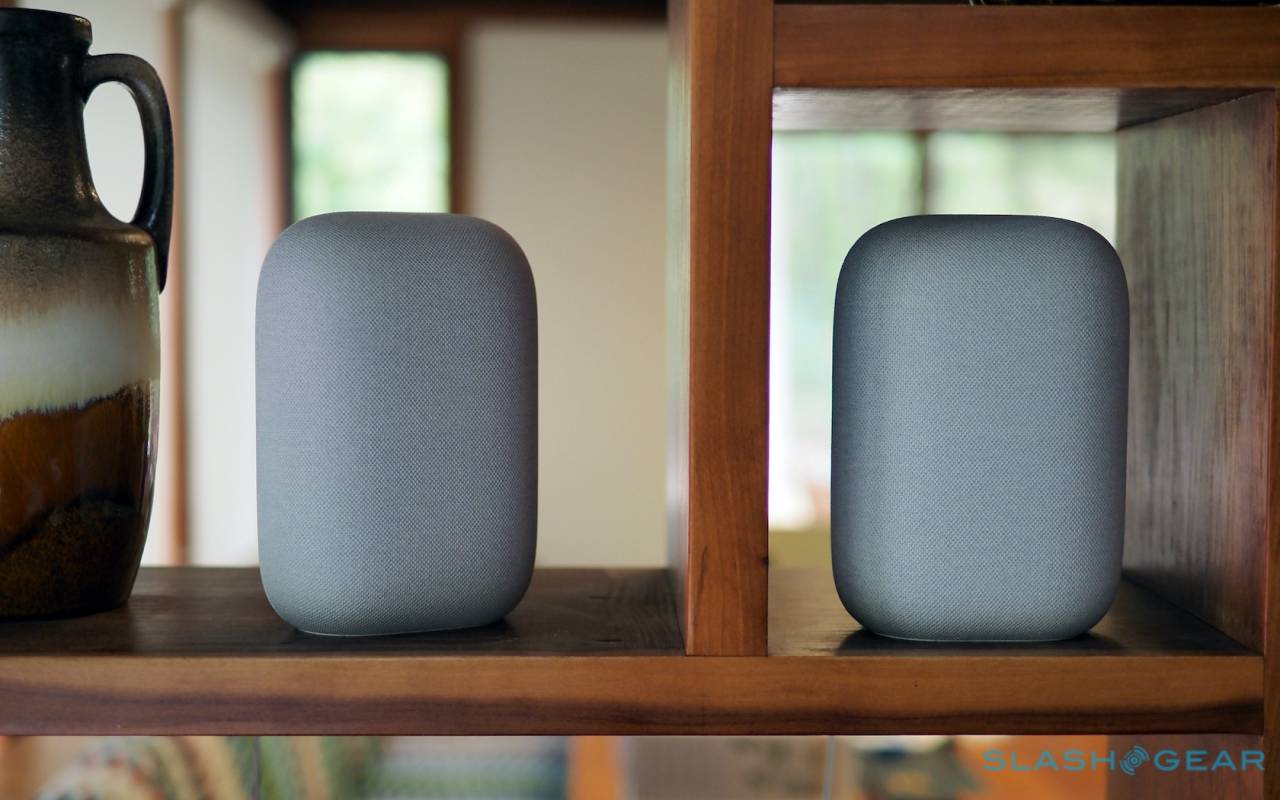 In terms of raw dimensions, things haven’t actually changed much. The Nest Audio is deceptively small; based on photos I was expecting something markedly larger, but it’s just 6.89 inches tall, 4.89 inches wide, and 3.07 inches deep. Where the cylindrical Google Home has a mesh-covered lower half, the whole pillowy body of the Nest Audio is wrapped in fabric with five colors to choose from: Chalk, Charcoal, Sage, Sand, and Sky.

The controls are more surreptitious, too, with touch-sensitive volume and Assistant/play/pause buttons hidden behind the upper front edge, while a switch on the back shuts off the microphones. Like the Google Home, animated lights show when the Nest Audio is listening to you, processing a request, mic-muted, or adjusting volume. 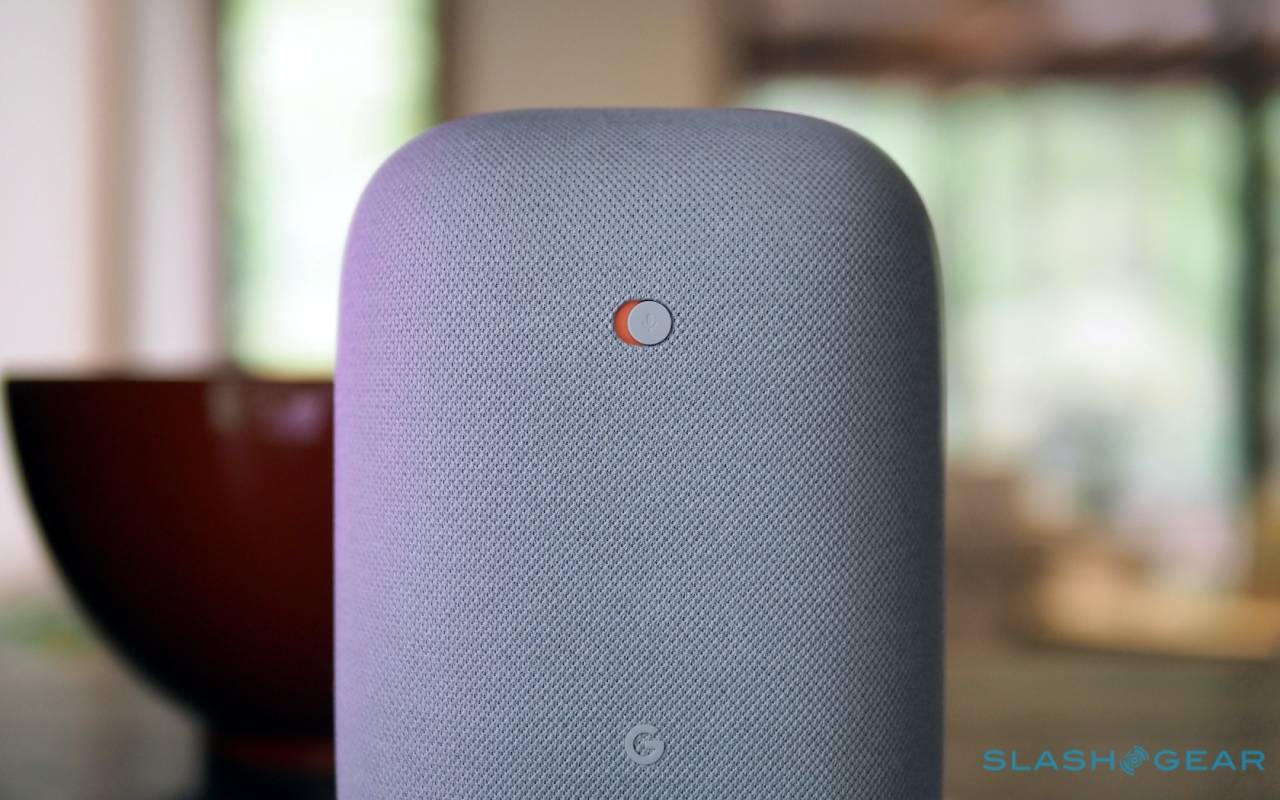 Audio-wise, however, it’s a different story. Rather than a single 50mm full-range driver and two passive radiators, as in the Google Home, the Nest Audio has two drivers: a 75mm woofer and a 19mm tweeter. There’s also more “back volume”: that is to say, the amount of internal space the drivers have to resonate in.

I’ll skip the audiophile detail, and just say that ported systems are typically a cheaper and more compact way to boost audio, particularly in the low end. The Google Home relies on a single driver for its full frequency range: the ports give the low, rumbly bass a little more room to develop. It works, within reason, but it also saps them of some clarity and precision. 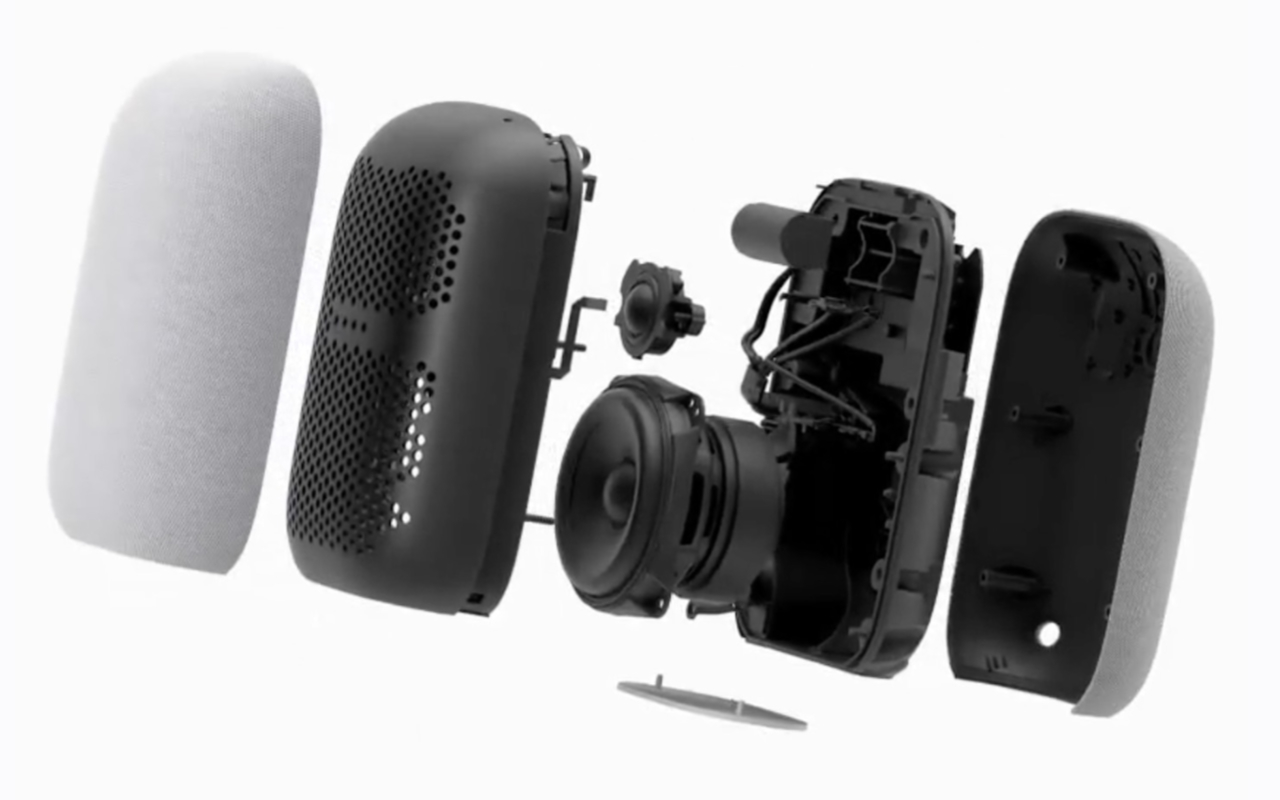 The Nest Audio, in contrast, has two drivers. That means, since the midrange driver doesn’t have to also concern itself with the high-end – such as vocals – it can focus on pushing out more bass instead.

Side by side, the new speaker is definitely crisper and tighter in its lows. It’s no bass monster, however, and depending on the sort of music you listen to that may be more noticeable. Jazz and classical shimmered along nicely, that new tweeter bringing some welcome glitter and brightness. Pop, rock, and dance, though, can feel a little weedy, especially at higher volumes where the bass can’t quite keep up. My go-to test for that is Billie Eilish’s “bury a friend,” which is sufficiently crunchy at the low-end to highlight weak or distortion-prone systems. 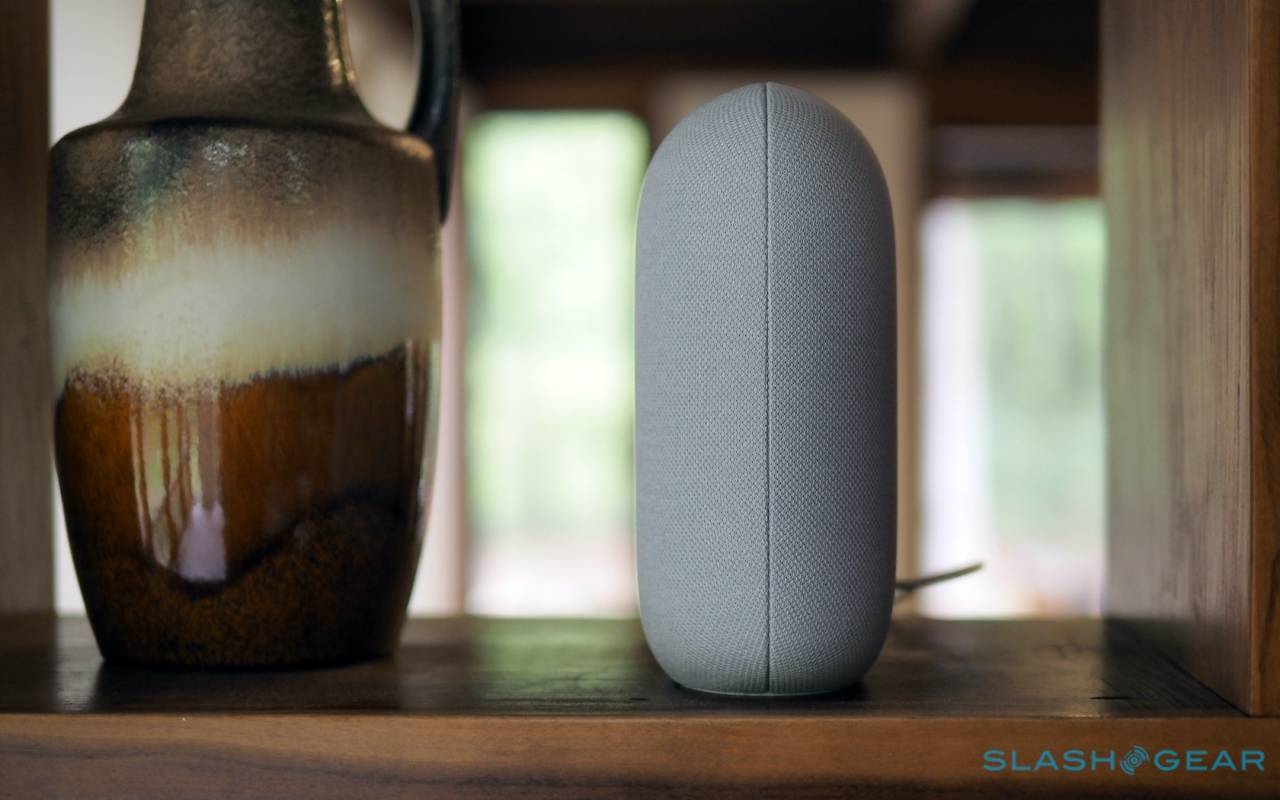 The good news is that Nest Audio doesn’t get overwhelmed or distort. That not-so-good is that it just doesn’t have that ample thump. You can manually adjust the treble and bass in the Google Home app, but there’s no auto-calibration as the Google Home Max offers. Google says it left out Smart Sound by way of focusing its development efforts on the hardware instead.

Side by side with an IKEA Symfonisk ($99), the Sonos-powered speaker had more volume and a little extra bass, while the Nest Audio had a wider soundstage. On a Sonos One ($199) that difference was even more pronounced. However you could get two Nest Audio for the price of a single Sonos One and, while the low-end in that situation wasn’t really changed, the stereo separation and bolstering of the mids and highs is definitely noticeable. Musically, I preferred a pair of Symfonisk, but then you miss out on the Google Assistant integration. 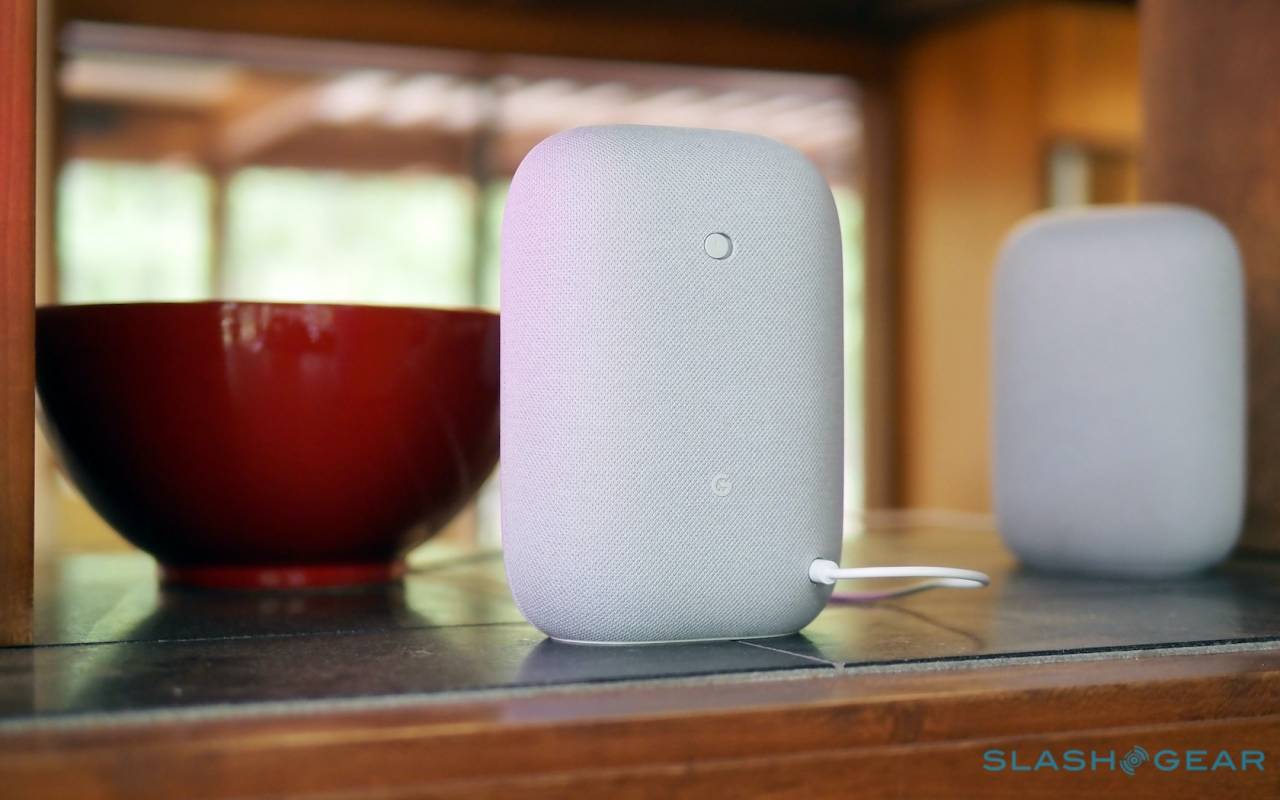 Google is pretty proud of its sustainability efforts meanwhile, including 70-percent recycled materials in the frame and fabric grille. The aluminum and magnesium chassis underneath is at least partially recycled, too. Though they’re not designed to be user-replaced, theoretically the fabric front and rear panels could be switched out if they were damaged, and when the Nest Audio has reached end-of-life you’ll be able to send it back to Google for recycling.

It’s a thoughtful design story, which is why I’m all the more frustrated that some of the obvious niceties are missing. There’s no way to wall or stand-mount the Nest Audio, for example, though Google tells me it’s something it’s looking into. While the absence of physically-marked controls leaves the Nest Audio looking sleek and unobtrusive, the hidden touch pads aren’t especially intuitive for new users. 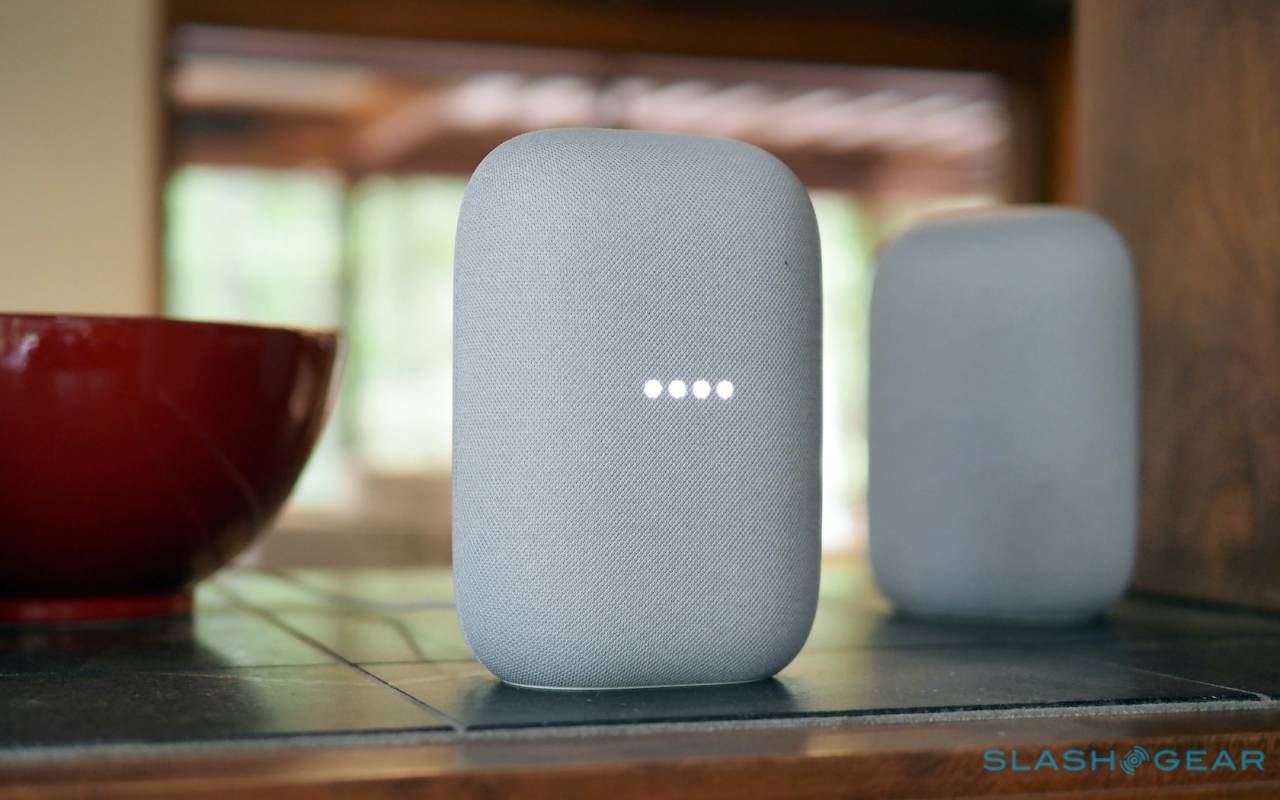 The reality is that Google expects most control to be done via voice, using the ever-improving Google Assistant. There, the Nest Audio responds pretty much like any audio-centric device with Assistant functionality: you can ask general knowledge questions, get details on traffic on your usual commute, ask for calendar information, and start voice calls and control music playback. Teach the Assistant your voice, and it can pick out the right calendar or other accounts just by listening to who is speaking.

Ambient IQ promises a more receptive, and understandable Assistant regardless of background noise getting in the way of the three far-field microphones. Music volume is automatically lowered, of course, but it can also work around things like coffee grinders, electric shavers or toothbrushes, or other noisy appliances. You can actually hear the Assistant adjust in volume and tone in reaction. 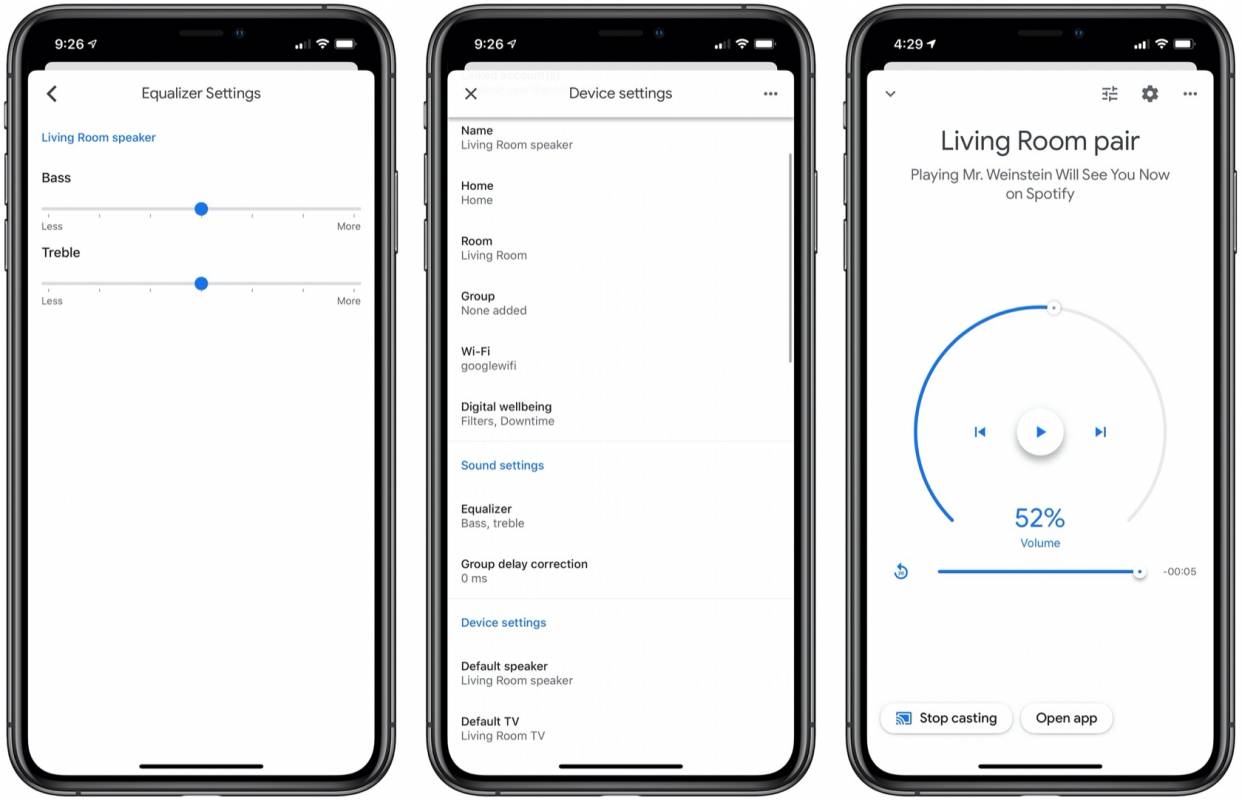 It’s also faster. With more local processing power, including the dedicated machine learning chip first added to the second-generation Nest Mini last year, some of what earlier Google smart speakers needed to pipe to the cloud to achieve can instead be done on-device. Things like controlling playback, or moving audio between speakers or sets of speakers now involves less lag.

It pays dividends when you’re dealing with Nest Audio in multiple rooms. You can name them after their room, and group them together into clusters along with forming stereo pairs; after that, you can ask the Assistant (or use the Google Home app) to move playback between those zones, or just have songs play across multiple locations, all synchronized together. 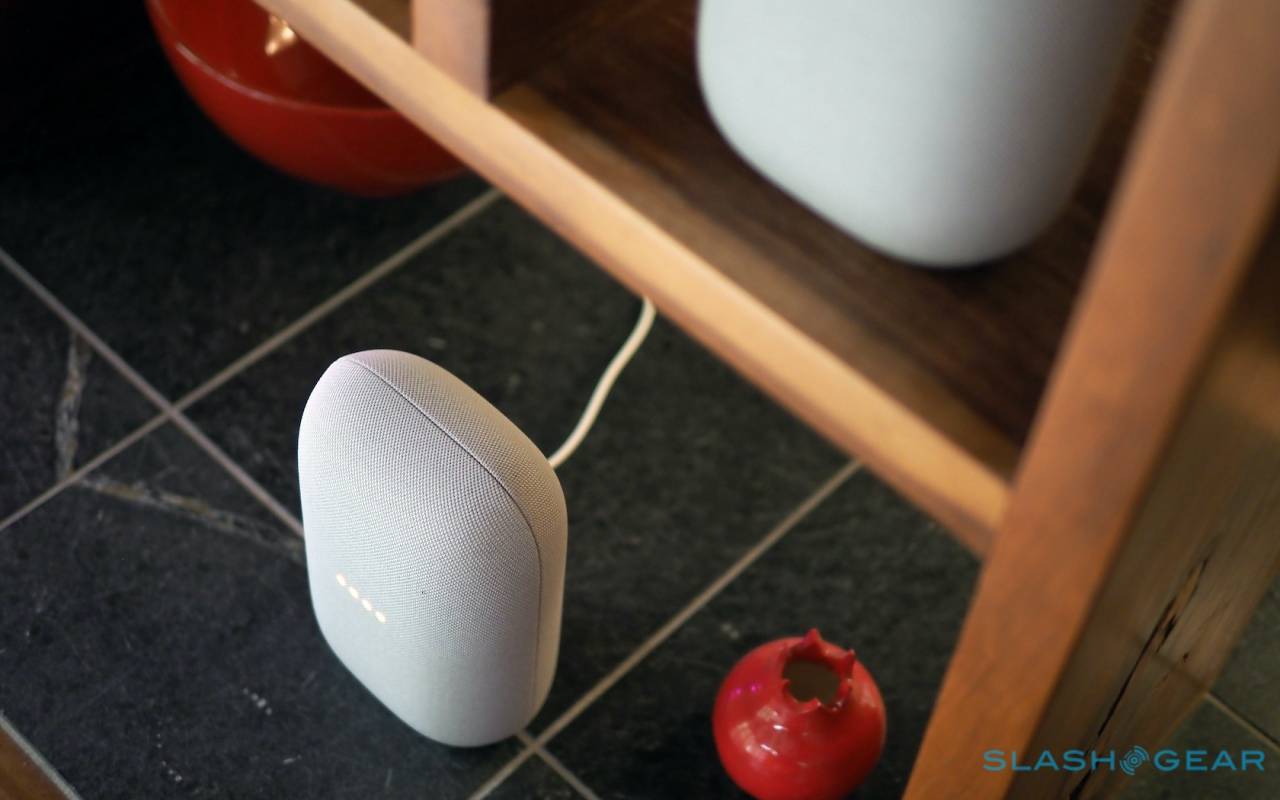 Multi-room playback isn’t new, but it can still be finicky enough in practice that only the tech-savvy in the house actually end up using it. We’re not quite at the point where you can say “Hey Google, have the music follow me” and walk around in a bubble of automatically-transferred sound but, assuming you’ve set up the room names correctly in the first place, it’s surprisingly easy to use. 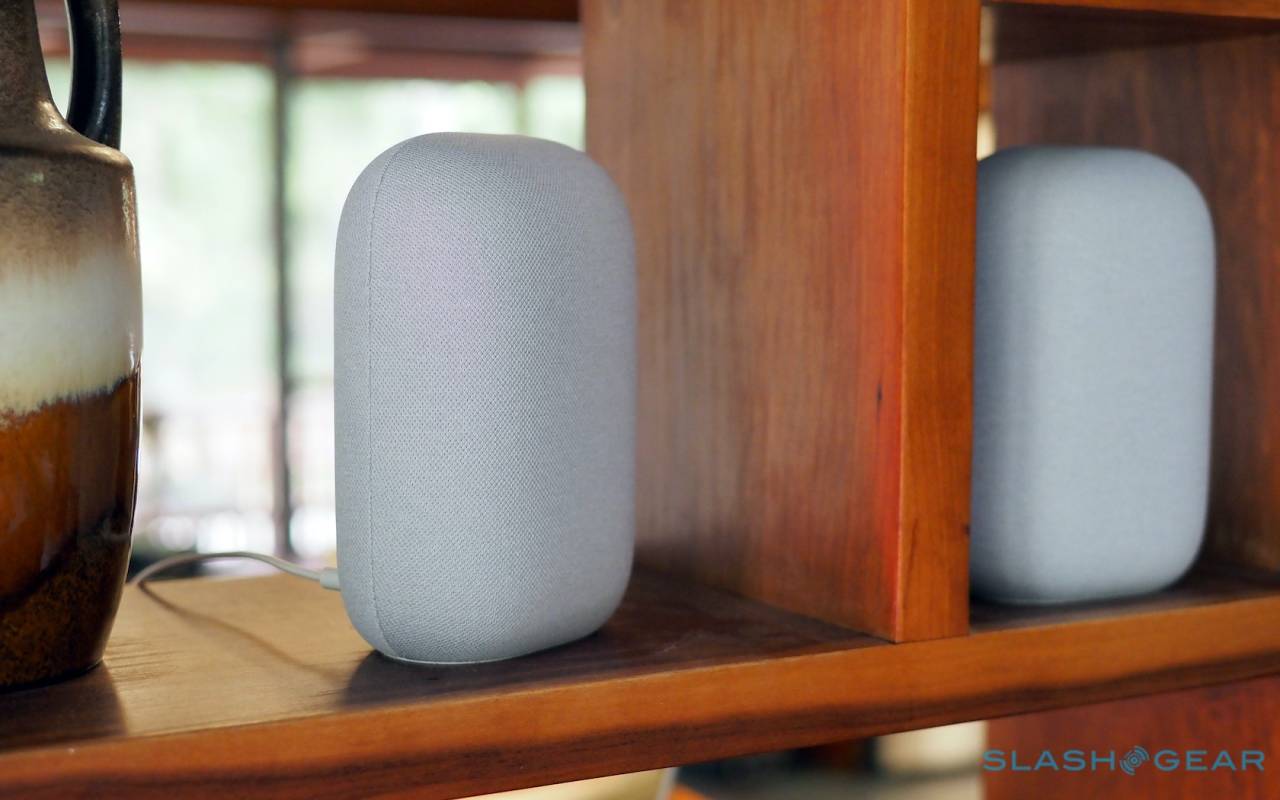 That all-round usability is where the Nest Audio shines, really. As we’ve seen with Google’s other Assistant-powered hardware, the long-term value is that new features keep getting added all the time. The Assistant is capable, the speaker itself performs solidly if you accept the bass limitations of its design, and it’s aggressively priced so that combining stereo pairs or outfitting multiple rooms shouldn’t break the bank.