Adidas has a new wearable device coming and it’s not exactly like its Smart Run smartwatch. Instead, it seems that the sports equipment company will be going back to the basics with the miCoach Fit Smart, a smart fitness band with a seemingly simple display but an obviously sporty strap.

Instead of an LCD display, the product photos, most likely 3D renders, show the Fit Smart to have an LED dot display on top. This definitely limits the number of “smart” uses for this device, but is well in line with a smartband than a smartwatch. That said, as a fitness smartband it does come with a bevy of health-related functions, mostly monitors that keep track of calories burned, number of steps, distance, etc. The underside of the watch face also betrays some sort of heart monitor, which is confirmed by a leaked trademark filing for the name.

Of course, this wouldn’t be considered “smart” if it didn’t pair up with a mobile device. The trademark also mentions that the Adidas miCoach Fit Smart will upload its information to smartphones and to the Internet. An FCC filing reveals that it is equipped with Bluetooth 4.0, for Low Energy connectivity.

The smartbands are shown to have two color options of white and black but the exact availability of this product is still unknown. As to compatibility, the Adidas miCoach Fit Smart will most likely be able to pair with an iPhone but the company’s involvement with Google’s newly announced Google Fit platform suggests it could also have Android compatibility early on. 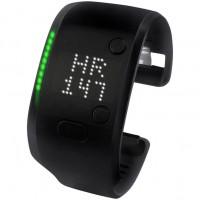 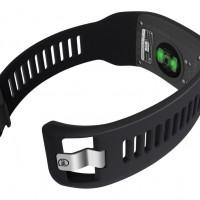 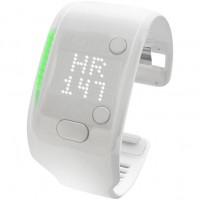 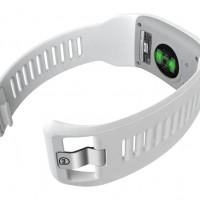 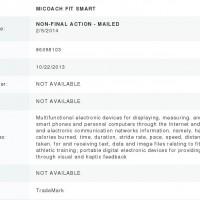 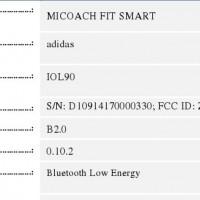