A Week with NOOKcolor: The Missing Link – Viewing Manually Loaded Books and What a Root Means for the Future

As you may well know if you’ve been following especially closely, we were supposed to be FINISHED with our review of the NOOKcolor – the final word was just laid down earlier today, right? It went by the name A Week with NOOKcolor: 3rd Party Apps and Final Wrap-Up and spoke of everything that was outside the hardware and the reading experience. But what’s that? You say I’ve forgotten to talk about reading books you’ve downloaded from sources outside of Barnes and Noble? And wait, what happened at basically the same time that post was posted – a root? Let’s talk!

Let’s talk first about loading some books you’ve downloaded some books and documents and such in PDF form and you’d like to know if you’d be able to read them on NOOKcolor – the answer is yes. You certainly do not get the same controls over the text that you get over Barnes and Noble distributed books, magazines, and newspapers, but you do get another set of controls that, hey, aren’t all that bad. 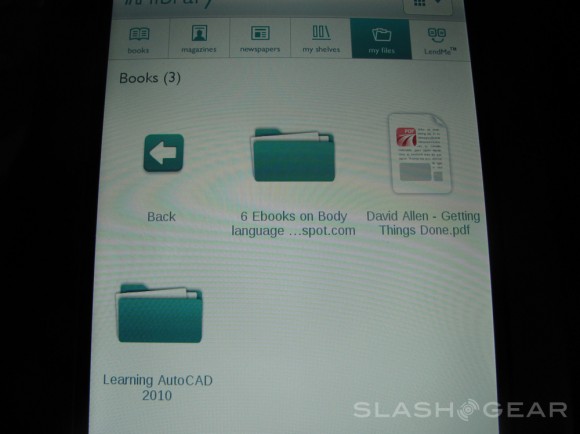 Each PDF book I’ve downloaded here has opened without hassle. If you remember the battle it is to get a video file working, you’ll know that this is an excellent sign – just as easy as it was to get photos and music files loaded, come to think of it. Each PDF not only loads seemingly as quick as the last, but flicking through pages (up and down, not left and right as you would in a B&N book), is quick and nice too. Each PDF file is instantly added to your library in the Books section, but does not appear to show up on your desktop with your recently read or updated items. Inside each book, full color works, and there’s that BACK BUTTON! 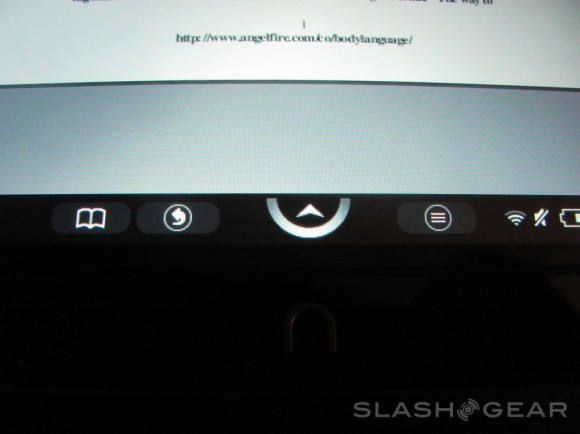 I KNEW it had to be somewhere here in the system, that ever-helpful back button that should, by all means, be present in the rest of the OS. But I’ll settle for knowing it exists here for now. It is a bit confusing to see it exist only here though, as it doesn’t just pull you back out of a PDF, it brings you back from the PDF menu too – this tells me the back button might be working everywhere by the time they send out an update for this device. 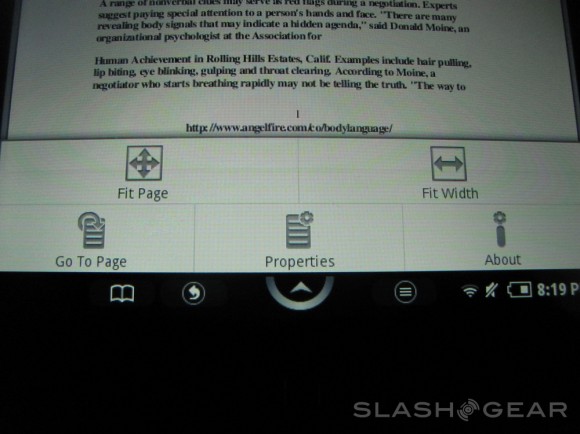 In the controls for how you’re able to view these unofficial books, you’re able to zoom in close, fit a single page to page (helpful single button incase you’re zoomed WAY in,) fit width incase you just want to get that far out of a large vertical document, go to page (allowing you to go to any page by just typing in a number), properties (this is neat and strange in that it just tells you the name of the file you’re looking at and how many KB in size it is), and About. 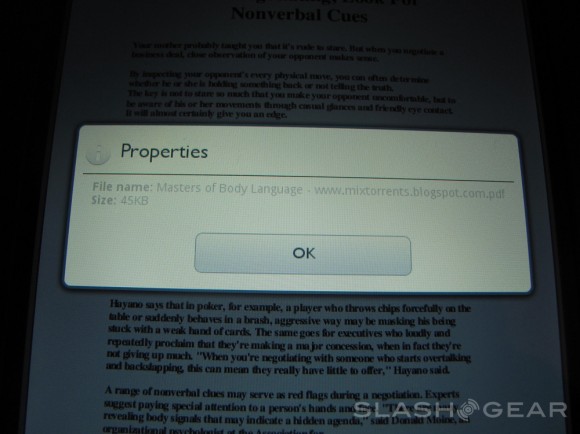 What About tells you is that you’re not just looking at this document in some no-name document viewer – nay! You’re viewing it in Quickoffice. It’s Quickoffice 3.3.44 to be precise, and I’m sure it’s directly to thank for the excellence found in this viewing of third-party documents. OH and also you can turn NOOKcolor on its side and view pages in landscape mode the same way you’d be able to if you were viewing a children’s book or magazine. 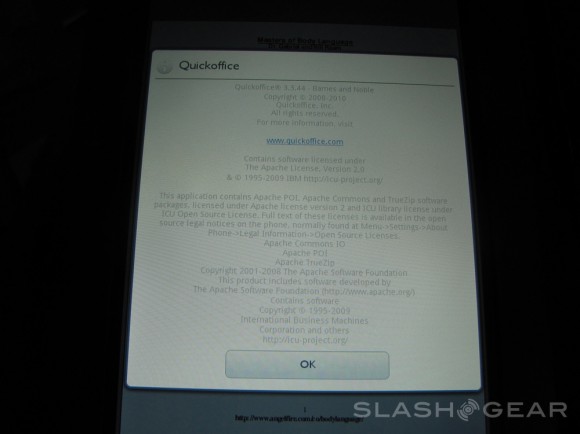 If you’ll take a look over to this NOOKcolor Rooted! thread, you’ll see that indeed those clever turnips over at XDA Developers Forum have discovered their way into the insides of the NOOKcolor, allowing first and foremost a playable NOOKcolor version of Angry Birds. What does this mean for NOOKcolor? It doesn’t mean much at all for the people who aren’t verst in the dark arts, aka those who are ballsy enough to hack their $250 devices in a way that might wreck them forever.

But for those who WOULD hack, well then, look at it this way: NOOKcolor is, once uncaged from its Barnes and Noble bonds, a perfectly wonderful Android tablet – and it’s cheap! Those unsure of why they’d want a $250 e-book reader now see that they might be able to use it for so much more than Barnes and Noble’s target audience would ever dream of. This is definitely a whole new consumer door opened for Barnes and Noble (whether they like it or not.) Will you buy one because of this? Remember that roots don’t always stick. 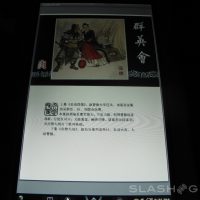 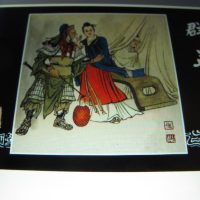 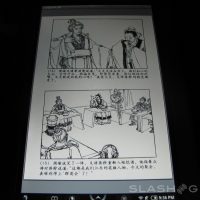 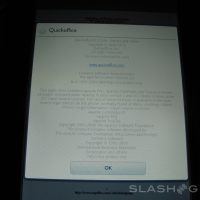 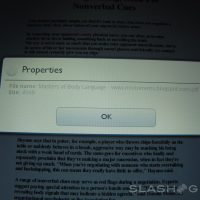 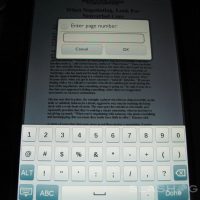 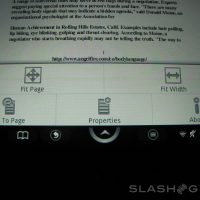 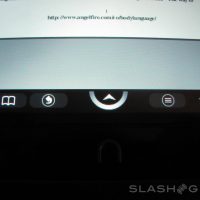 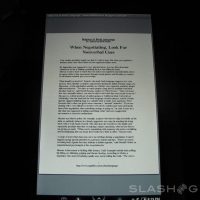 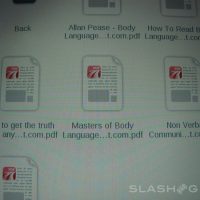 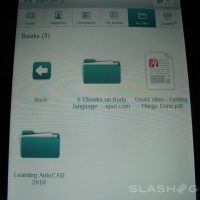 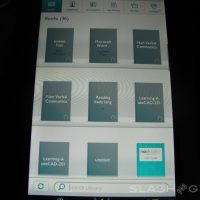