Get ready for something special. Chevrolet has released the first image of the 2023 Corvette Z06, and it promises to be a mighty impressive upgrade on top of the already excellent Stingray that took the storied nameplate mid-engine for the first time.

The full reveal of the next Z06 isn’t scheduled to take place until October 26, Chevrolet has confirmed. Still, that hasn’t stopped it from showing us what we can expect a month in advance.

This first official – and camouflage-free – shot highlights some of the big bodywork changes, and includes some surprises too. The style has become more aggressive, with larger air intakes. Chevy’s wheels are new, too, something that will likely come as a relief to critics of the fairly controversial set of standard rims currently offered on the ‘Vette.

It’s what’s underneath it all that we’re most excited about, of course, though the automaker is playing that close to the chest so far. The expectation is that the 2023 Z06 will use a 5.5-liter flat-plane V8 gas engine, with a sky-high redline at 9,000 rpm or thereabouts. It’s the same engine as Chevy uses it its C8.R race car, though without those pesky race regulation limits capping how much power it can put out. 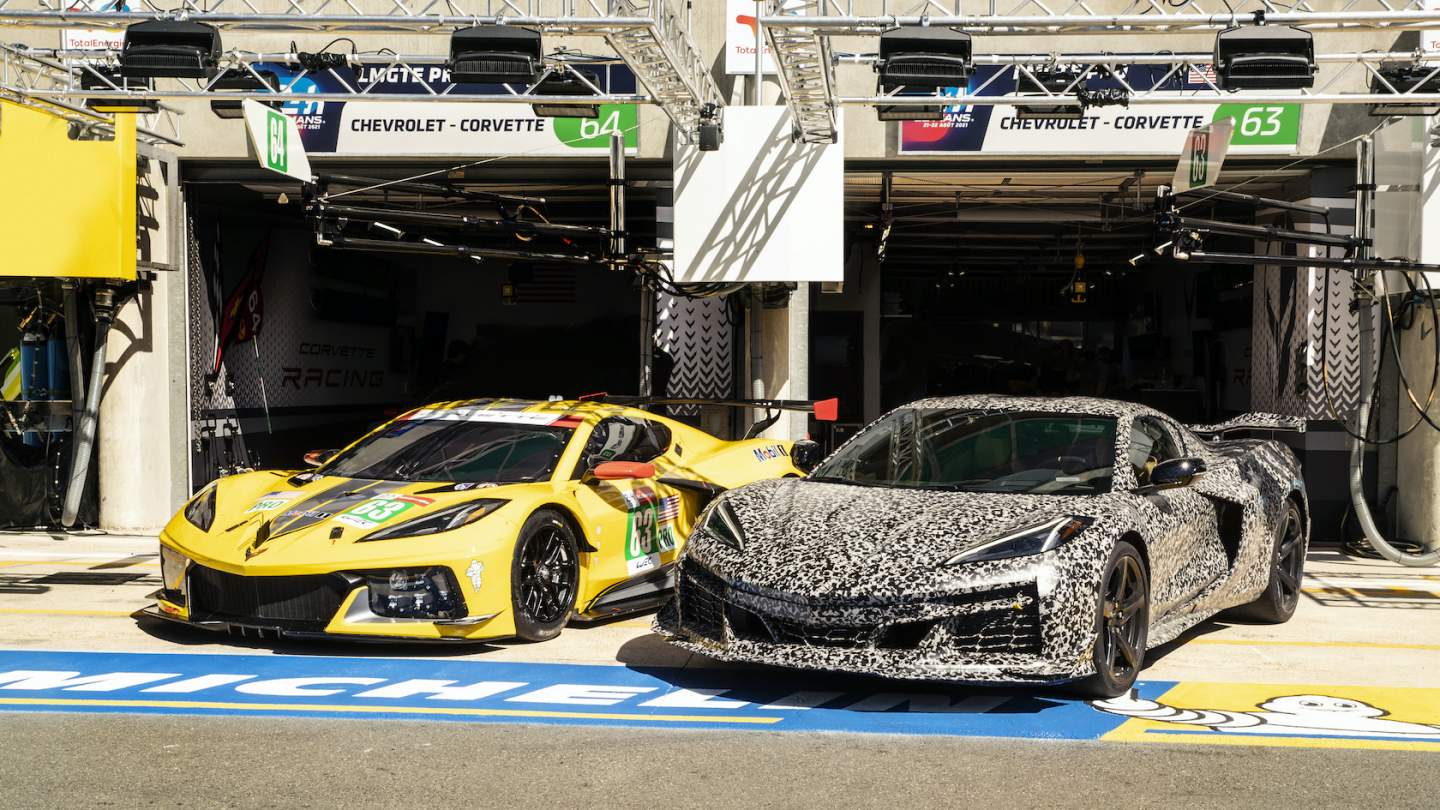 Elsewhere, Chevrolet is likely to be throwing on wider, grippier tires, while the cabin is expected to get a revamp too so as to emphasize this is the more elevated ‘Vette. Something conspicuous by its absence, however, is the huge rear wing we’ve come to associate with potent Covettes.

Instead, there’s a far more subtle spoiler, perched at the back. That’ll pay dividends for visibility – not one of the car’s current strengths, it’s worth noting – though we’d not be surprised if the aftermarket community swung into action with something more in-keeping visually shortly after the car’s release.