The 2023 Corvette Z06 is coming, and Chevrolet isn’t wasting the opportunity to get sports car enthusiasts excited about the first supercar iteration of the Corvette C8. Launched two years ago, the C8 Stingray proved to be the culmination of plenty of speculation and rumor, finally making the Corvette mid-engined.

Enthusiasts continue to argue over whether the eighth-generation car is a “true” ‘Vette or otherwise, but everyone else has spent their time being wowed at just how much coupe or convertible you get for your money. So far, Chevy has had just one engine option, a 6.2-liter V8 with an 8-speed dual-clutch transmission.

In 2021 Corvette form that’s tuned for up to 495 horsepower and 470 lb-ft of torque. Not embarrassing figures by any means – they’re enough for 0-60 mph in 2.9 seconds, Chevrolet says, and a top speed of 194 mph – but curious would-be owners had been understandably wondering just how much the C8 platform could handle. Now, we may be finding out.

The new 2023 Corvette Z06 won’t arrive until fall 2021, Chevrolet says, but it’s starting the teaser campaign now. While we don’t get to see the car, we do get to hear it in action. Think high-revving with a bumped up redline.

Exactly how high has already been the subject of some speculation. Chevrolet is believed to be targeting 9,000 rpm, a significant increase over the 6,500 rpm that the current Corvette C8 maxes out at.

To do that, the automaker isn’t believed to be looking to supercharging or turbocharging, but instead opting for a naturally-aspirated engine. That’s believed to be a 5.5-liter V8, and though it may be smaller than the regular ‘Vette’s engine, it definitely comes with some heritage. Leaks suggest Chevrolet is borrowing it from the Corvette Racing C8.R. 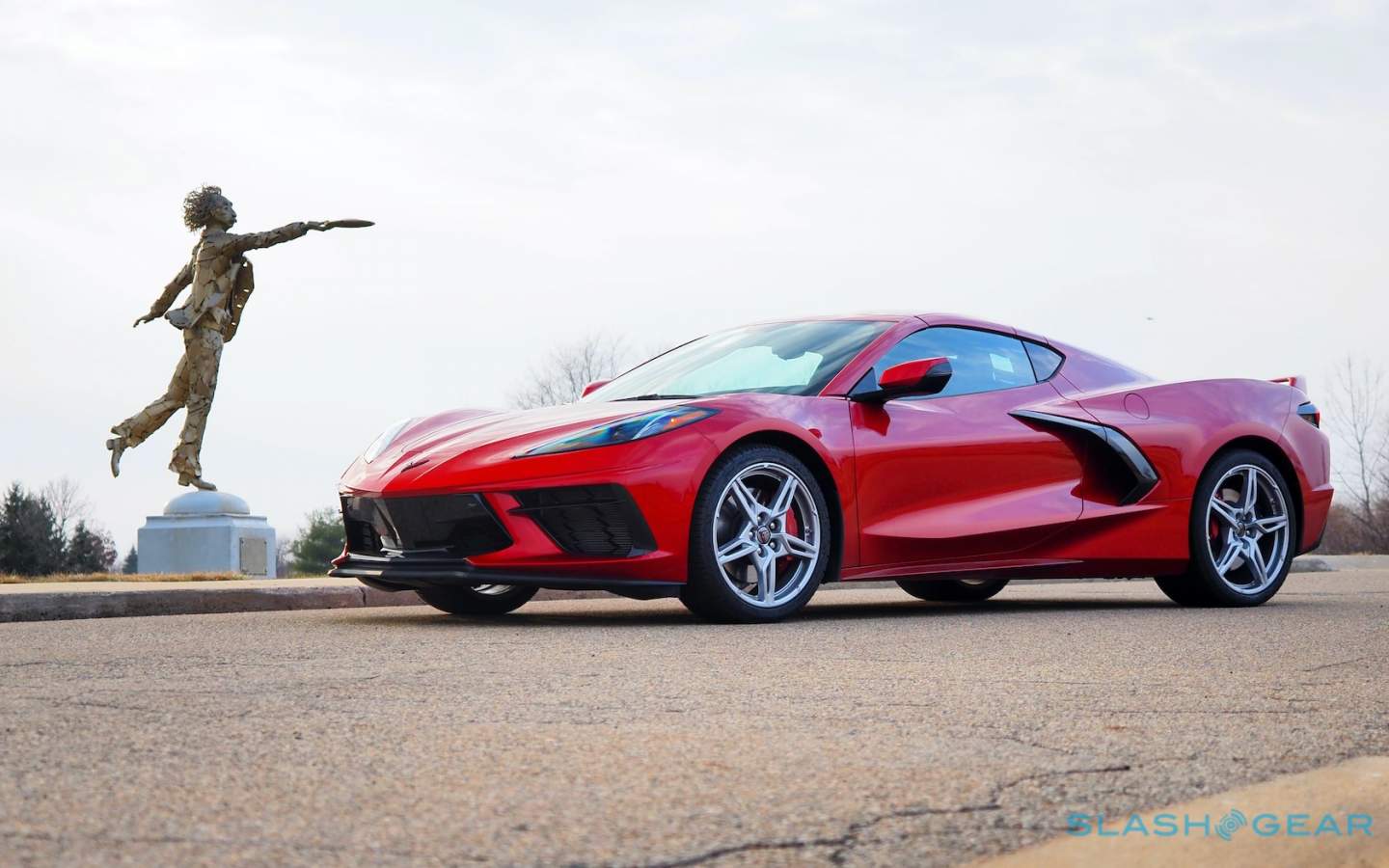 The eight-speed dual-clutch automatic is believed to be staying, but polished for faster gear changes and to handle a big uptick in power. Again, we won’t know final figures until Chevrolet pulls the wraps off the C8 Corvette Z06, but 617 horsepower has been widely reported.

That would make it considerably more potent than the standard Corvette as we know it today, though not quite as extreme as the old Corvette Z06 based on the C7 last-generation car. That had a 6.2-liter supercharged V8, and delivered 650 horsepower and 650 lb-ft of torque. It was also available with a manual transmission, along with an auto option.

The question, of course, is just what Chevy can do with that power, whatever the final figure is. We’re expecting a more aerodynamic body, with a particular focus on downforce among other things, along with bigger, stickier rubber. If one thing is certain, it’s that the current Corvette C8 is an excellent place to start from, so consider us more than excited about what the Z06 treatment can achieve when it’s officially unveiled this fall.